Representatives of any science traditionally believe that it deserves more attention. But only three natural sciences can claim to be the most prestigious scientific award. Today HazMiWork experts are going to tell you interesting facts about the Nobel Prize winners in the field of neuroscience.

1. The most famous student of the great neurologist Jean-Martin Charcot, Sigmund Freud, was nominated 32 times for the Nobel Prize in Physiology and Medicine from 1915 to 1938, and in 1936 he was nominated for the Prize in Literature.

2. The first neurologist to receive the 1904 award entitled “For his work on the physiology of digestion, which broadened and changed the understanding of the essential aspects of this question” was Ivan Pavlov. It doesn’t seem like a neurological formulation, but it was the study of the work of the nervous system that led to the award. In addition, the great scientist was nominated 14 times in the 1920s and 1930s. They were nominations for the discovery of conditioned reflexes.

3. The prize was split between two people for the first time in 1906. They were two great neuroscientists, the Italian Camillo Golgi and the Spaniard Santiago Ramón y Cajal. You have long argued about “whether the nervous system represents a single whole or consists of connected nerve cells”. Their argument didn’t even end in the price itself: Golgi attacked Cajal in his speech, but in the end the truth was on the side of the Spanish doctor and one of the founders of modern neurobiology. 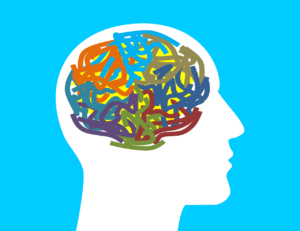 4. To date, the last Nobel Prize in Neuroscience was awarded in 2014. The reward was shared by three scientists, including John O’Keefe and his former PhD students Edvard and May-Britt Moser. They received the award for discovering special cells in the brain that are responsible for the awareness of our position in space: a type of brain GPS.

5. Dutch neurologist Christiaan Eijkman, a student of infectious diseases doctor Robert Koch, went to Indonesia to fight beriberi disease. There he discovered “polyneuritis” in chicks and suspected that a certain substance in the rice bowl was necessary to prevent this from happening to chickens and humans. Thanks to this discovery, the world entered the age of vitamins.

7. The first Big Pharma to receive the Nobel Prize was Sir Henry Hallett Dale, the 1936 winner. He discovered that the signal is chemically transmitted between neurons.

8. Another neuroscientist who received the award must be the subject of hatred all over the internet. Walter Hess tortured many SEALs to get results, but he was the one who discovered the middle brain in our lives.

9. Perhaps the most “shameful” neurological prize was awarded in 1949 to the Portuguese Egas Moniz. We cannot say that this man was not worthy of the award because he developed contrast angiography, the first method of x-ray imaging of the brain. However, he won an award for a procedure called a “leukotomy,” more commonly known as a lobotomy.

10. The inventors of today’s main neurology tool, the tomography scanner, were not excluded from the Nobel Prizes. The American chemist Paul Lauterbur and the British physicist Peter Mansfield received the Nobel Prize in 2003 for developing this useful device. Godfrey Hounsfield and Allan Cormack received the 1979 Nobel Prize for computed tomography.

You too can be one of the best and get help for your medical TFG with HazMiTrabajo!