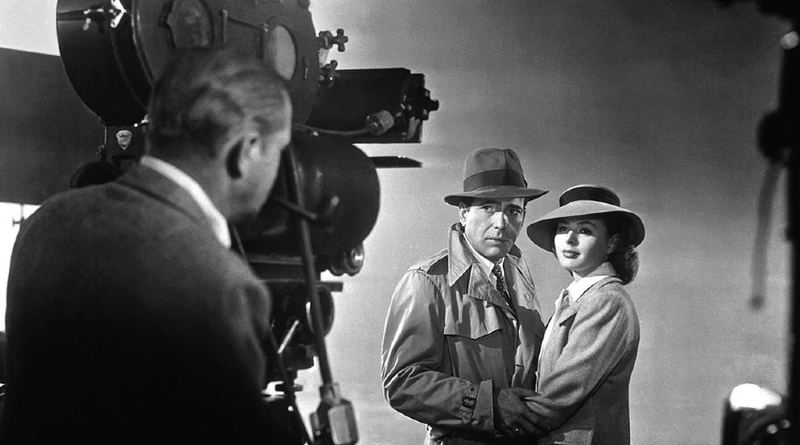 Over the past few weeks, we’ve recommended some of the best horror, comedy, or romantic movies that you can find on the Amazon Prime Video, Netflix, and HBO catalogs today.

In addition to the latest releases, the streaming content platforms also have great classic films in their catalogs

For all those classic cinema lovers who have survived the passage of time, today we are going to look back at the films that we will recommend for this weekend. There are no written rules about how much time must pass or what criteria must be considered in order for a film to be classified as “classic”. However, it is clear that these tapes are films that every movie buff should know about:

– “Citizen Kane” (Amazon Prime Video): As one of the classics, it tells the life of Charles Foster Kane, an important financier who owns a media empire that wants to find its place in politics.

– “Rebeca” (film): A Hitchcock classic based on the novel of the same name by Daphne Du Maurier. The story begins in Monte Carlo when a humble girl meets the English aristocrat Maxim De Winter, they both fall in love and get married. Back at Manderly, the Villa De Winter, the girl will realize that the presence of Rebeca is the previous De Winter’s wife, still present.

– “The Shining” (Netflix and Amazon Prime Video): Based on the novel by Stephen King, this horror classic and directed by Stanley Kubrik is a true masterpiece of the genre. The film tells of the experiences of the Torrance family, who took a job as winter watchmen in the remote Overlook Hotel in the mountains of Colorado.

– “Senderos de Gloria” (Amazon Prime Video and Filmin): A war movie classic in which Kirk Douglas plays the French Colonel Dax who has been hired to take on an impossible mission. On the hill, Dax’s battalion suffers from hell and is forced to withdraw, which is unacceptable to the French high command and orders the execution of several soldiers to set an example.

– “The Devil’s Seed” (Netflix): Another classic horror film directed by Roman Polansky based on the novel of the same name by Ira Levin. The story revolves around the Woodhouses, a young couple who move into a building in downtown New York and, according to some, are cursed. Rosemary’s decision to have a child will be fatal for her.

– “The Seven Samurai” (Amazon Prime Video and Filmin): Akira Kurosawa’s classic Japanese film in which a village in feudal Japan besieged by a ruthless gang of thieves and bandits hires a group of the best masterless samurai to defend themselves.

– “The quiet man” (film and Amazon Prime Video): John Wayne plays a boxer who, after accidentally killing his opponent during a fight, decides to return to his hometown in Ireland. There he falls in love with a woman and decides to marry her, but her stepbrother is against marriage.

– “Fellini 8 1/2” (Amazon Prime Video and Filmin): A classic of Italian cinema in which a successful film director suffers a creative crisis that he tries to resolve by making a film. As he tries, he discusses the most important events in his life and remembers all the women he loved.

– «Río Grande» (Amazon Prime Video and Filmin): Classic Western directed by John Ford starring John Wayne as Colonel York, who fights the Apaches on the US-Mexico border. The story begins when his son, who failed West Point Academy, entered his regiment, causing York’s wife to go to the fort to get her son out of there.

– “Invasion of Body Thieves” (Amazon Prime Video and Filmin): A science fiction classic based on the novel of the same name by the author Jack Finney, in which pods from space began to replace people in a kind of galactic conspiracy to dominate the earth.

– “The Knights of the Square Table” (Netflix): A comedy classic where the Monty Pythons recreate the story of King Arthur and the Knights of the Round Table in their own way. Python-esque comedy with lots of sarcasm, goofy humor and gentlemen who go ni.

– “Until the time comes” (Netflix): Sergio Leone’s masterpiece is known for his famous song, which the protagonist Harmonica (Charles Bronson) sings with the instrument of the same name. It is a story of vengeance that takes place in the final years of the Wild West.

Instructions for the Google algorithm