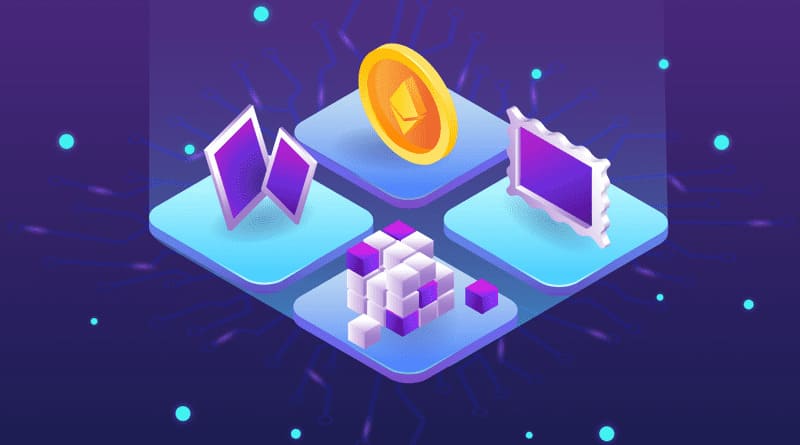 The acronym NFT literally refers to Non Fungible Token non-consumable symboland identify non-tangible assets that can be bought and sold. The market ascribes value to them, although they are not objects or services, just digital representations that do not deteriorate due to use and can be replicated without deterioration: a meme, an MP3, a skin for a video game. .. Imagination is the limit.

What gives them value is the belief of those willing to pay an amount for them that they have that value, but since they are reproducible without loss of the original, exclusive ownership of the original content must be guaranteed. what is done by that Registration through blockchain technology ownership of the original file. This closes the circle that normally connects the sale of NFT with the use of cryptocurrencies such as Blockchain, Cardano or Ethereum.

In fact, one of the areas where this particular market has the greatest success is in the arts Christie’s popular auction house It has also served to produce one of those transactions where large sums of money change hands without many understanding the value attached to the business object, resulting in a label whose sound is not long in coming for everyone: the crypto art.

To project it even further into the future, a Hong Kong company, Hanson Robotics, has developed an Android woman, Sophia, who, thanks to her robotic arm and artificial intelligence, can paint portraits that are sold as NFT in auctions.

But some of them are not only found in art the most unique NFTsMany other areas have recently seen non-consumable symbols for sale which are also very strange. We review 12 of the most interesting:

-The first tweet history, recently auctioned off by Jack Dorsey (CEO and founder of Twitter) and given in return for the equivalent of $ 2,915,835.47 in Ethereum, one of the most popular cryptocurrencies alongside Bitcoin.

-The flying cat meme: Nyan Cat, an 8-bit graphic that sold for $ 590,000 and has value, at least for its buyers (and the rest of the participants in the transaction), in that ownership of the original file consists of a decentralized file, the property based on blockchain as. 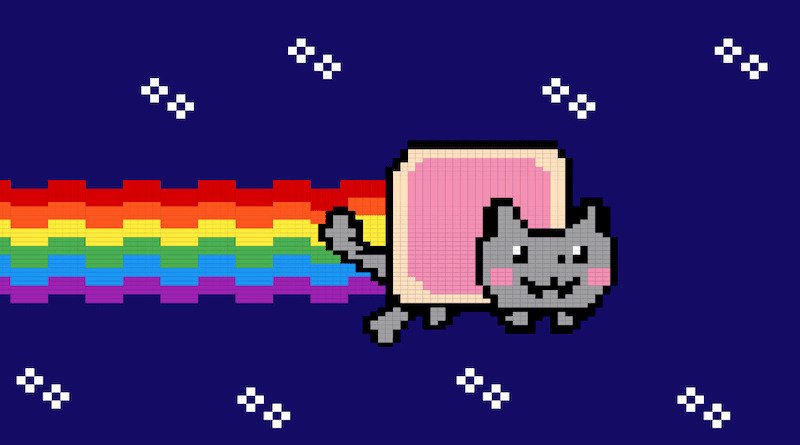 – «Idiots (knows» de Banksy). In the art world, the transition from auctions of tangible paintings and sculptures to symbolic representations appears more organic. This is what happened to this painting anonymous street artist Banksy. It was initially acquired in a gallery in New York to be burned later. Already “dematerialized” three days later, it became an NFT that sold for $ 400,000.

-Daft Punk from Lohan. Actress Lindsay Lohan is selling a picture of the recently defunct French electronic music duo Daft Punk as an NFT for $ 15,000.

– “NFT-NRG” is the title of a song by the Disclosure group that sells for € 55,721, a far cry from the € 0.99 per song with which iTunes revolutionized the music distribution industry.

-The first NFT hard drive is the new work of the rock group Kings of Leon, who announced the sale of their new album via NFT in early March, making them the first music band to do so.

-Filter of shoes. For its part, Gucci sells NFT virtual shoes for $ 12 million to be used as filters for video game characters.

-Time doors. The famous pub will be auctioning some of them his most iconic covers, including the first publication in which only text and no images appeared, which was published in 1966 and in which it could be read in red letters on a black background (and under the everlasting white title of the weekly newspaper) «Is god dead?“(Has God died?) At this point, the highest bid is $ 16,955 and the auction is still open.

-The master of sports. Another sector that you need to join (and it won’t be the last) is marketing with the ownership of unique moments of sporting events. For example, owning a LeBron James Dunk cost someone who wanted (and was able to) pay $ 208,000 for it.

– “Every day: the first 5,000 days” It’s undoubtedly the most striking example of artist Beeple (Mike Winkelmann), who auctioned his digital work at Christie’s, a 5,000 image collage captured over 5,000 days and purchased for $ 69 million. The same artist had previously sold several works as NFT, including a ten-second video for $ 6.6 million.

-The scribbling of a bridge. To top it off, ex-Monty Python John Cleese originally sold for $ 50,000 in NFT format a ridiculously simple illustration of just a dozen strokes that he himself made for a bridge and that he saves on his iPad. After purchasing the work “Everyday: The first 5,000 days”, the price rose to 50 cents, or USD 69,346,250.50.

It is undoubtedly a new trend in electronic and virtual trading where, at least for the time being, more and more amounts are beginning to move in more and more different areas. In the meantime, some are wondering if it doesn’t make sense to pay all these NFTs with cryptocurrencies and the most skeptical reason why smoke is still paid for with smoke and they are already predicting a future bubble as transactions multiply.