Despite being an authentic Argentine character, the beloved Mafalda captured the hearts of the whole world. Her anthological idioms and soup hatred made her the most famous Argentine comic book on the planet. Of course, the soup that was rejected was related to military dictatorships in the 1960s and 1970s. The truth is that the great character turned 56 on September 29th. Just a day before its creator Joaquín Salvador Lavado (quino) left forever. 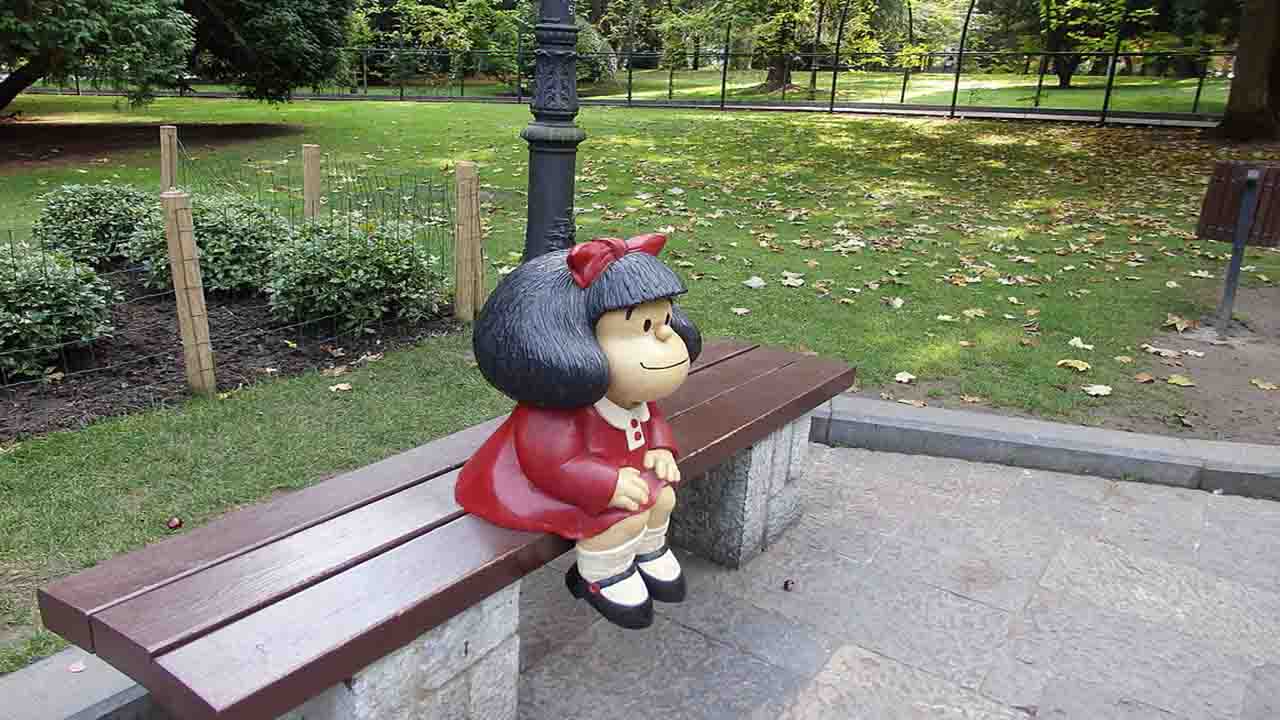 Get to know Mafalda better

When the newspaper Primera Plana asked Quino to create a comic, the great Mafalda appeared on the stage and was recognized. It first appeared in this newspaper on September 30, 1964.

Mafalda was published continuously between 1964 and 1973. His famous sentences are always valid. Sentences that always stood out as realistic, but very delicate, funny, original and revolutionary. Some very famous ones are:

Monuments that make Mafalda eternal in Argentina and Spain

The acute sense of humor, thoughtful and sarcastic, drove the comic to conquer the Spanish-speaking countries. It has been translated into more than 30 languages ​​and he felt at home in Spain, Mexico and all of South America.

Mafalda was so lovable that some countries dedicated a memorial to her. In Buenos Aires it is located in the San Telmo district, which is visited by many tourists. There Mafalda is sitting on a bench in the square. Susanita and Manolito accompany them.

Other sculptures of the girl are in the Ciudad de los Niños in the Province of Buenos Aires and in the Province of Córdoba in Argentina. There is also a sculpture by Mafalda in the Spanish city of Oviedo. She is dressed in red and is sitting on a bench in San Francisco Park.

Quino left and left us his most precious treasure

Joaquín Salvador Lavado Tejón was born on July 17, 1932 in the Argentine province of Mendoza. His inspiration for the graphic was inherited from his Andalusian family. He studied at the School of Fine Arts in Mendoza. At the age of 18 he settled in Buenos Aires, where he worked in various newspapers.

In 2014 his work as a comic artist turned 60 and Mafalda 50 years old. Because of this, it received international recognition. He was awarded the official Legion of Honor in France. In Spain he was also awarded the prestigious Prince of Asturias Award for Communication and Humanities. He went never to return and left us, dear Mafalda, to remember him forever.

Why do we move our hands when we speak?

What is smishing and how do you recognize it?