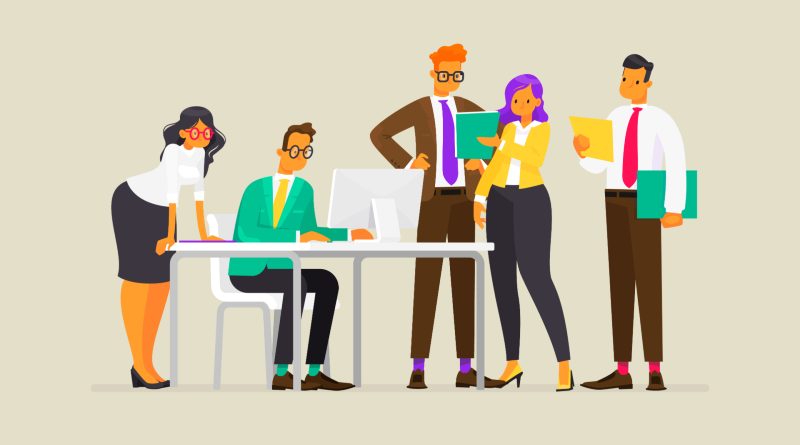 Community managers charge an average of 25,000 euros per year, according to the information Report on salary developments Published by Randstad Research in 2021.

Community managers charge an average of 25,000 euros per year, but the number depends on their experience and the city in which they work

This study analyzes the situation of the different fields of activity in Spain and the salaries of the respective professions. One of these areas is digital & e-commerce, a sector that, according to the research company, is still small, “but has grown rapidly in recent years both as an independent sector and as a transversal sector”.

As detailed in the report, the The digital and e-commerce sector offers employment in Spain According to the EPA, around 110,000 people will be employed in the fourth quarter of 2020. In total, 0.6% of workers in Spain work in this sector and last year there has been an increase of 3,100 jobs, representing a growth of 3.1%.

In 2020, 101,172 digital & e-commerce contracts were signed (of which 12,848 were open-ended and 88,324 were limited-term). The Randstad report looks at salary ranges for 13 key industry positions, including community managers. They are also being analyzed in six Spanish cities.

According to the report, a community manager is starting to recharge between 17,000 and 30,000 euros per year, depending on the city in which you do your work. In Malaga, for example, the lowest salary can be, which is between 17,000 and 26,000 euros in the first four years of work.

In Valencia it is between 18,000 and 27,000 euros per year, while in other cities such as Madrid and Barcelona a community manager with up to four years of experience charges between 20,000 and 30,000 euros. 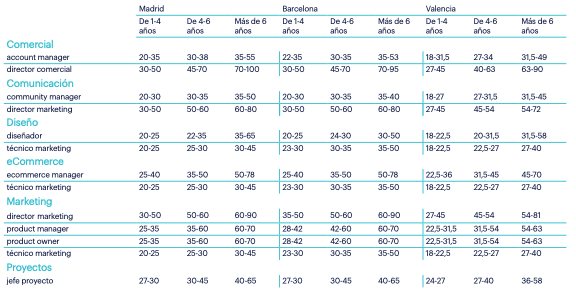 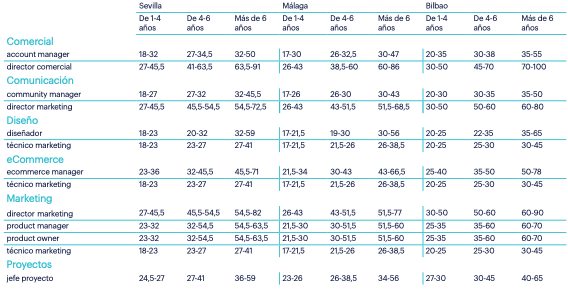 There are other differences if the community manager has already gained experience. If he has carried out his work between 4 and 6 years, the salary in Malaga rises to 26,000 to 30,000 euros per year. In Seville and Valencia the starting point is € 27,000 per month, in Bilbao, Madrid and Barcelona € 30,000 per month.