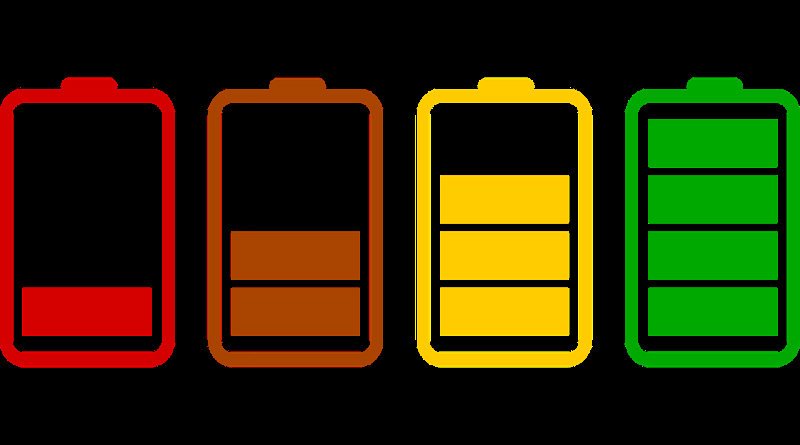 With summer come the days of the beach and trips, trips, camping, hours of absence from home and all of this means being far from an outlet. And even after you’ve fully charged all your devices, you can always recharge them.

Auxiliary or portable batteries usually help with these tasks by allowing the accumulated energy to be done via cable or wireless charging to the desired device (cell phone, tablet, photo camera, GPS navigator, portable speaker …) anything missing. Portable solar batteries are used here, which can not only be charged via a plug, but also have solar panels. This makes it easier to be able to go many days without an outlet, although it should be noted that in most cases it will take several sunny days with the panels exposed to fully charge the smaller batteries.

The following devices will help with this task, one of those must-have backpacking gadgets for which indicative prices are given.

-Addtop (49 euros): It has four retractable solar panels with which it charges its battery with up to 25,000 mAh, which means that a smartphone can be charged seven to ten times and a tablet up to three times. It weighs just over 500 grams, measures 15 x 8 x 3 cm and has two quickly rechargeable USB ports that can work at the same time. It also has an LED light that provides lighting as a flashlight. Recommended for: trips lasting several days. 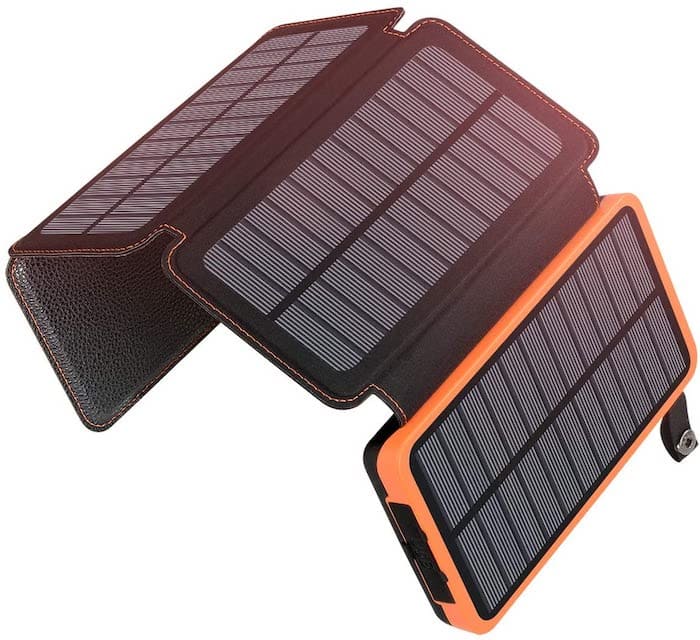 -Andupil Kaise (645 euros): There are bigger words here, both in the wreck (645 euros) and in the enormous capacity of the battery of no less than 120,000 mAh, which a smartphone would charge up to 50 times. Its performance goes beyond powering portable electronic devices via USB-A and USB-C ports, and can provide power from a conventional 220/240 V outlet that can be plugged into any household appliance.

The 444 Wh battery can be charged in less than 15 hours thanks to the 90 Wh capacity of solar modules. The weight of the set is 4.6 kilos for the battery and 3.7 kilos for the solar modules. Recommended for: Professional use or in second homes without an adequate power connection. 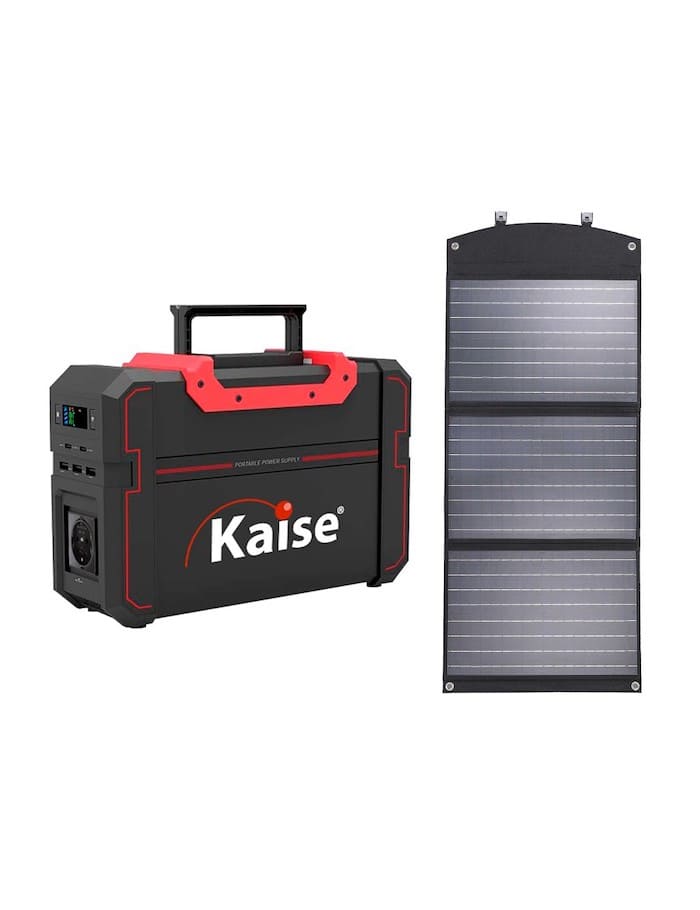 -Waterproof solar power bank (9 euros): Its 30,000 mAh offers more than enough charge and its price of less than 10 euros is more than attractive, but its main advantage is that it has a special protection against small bumps and especially against water, which makes it withstand somewhat “more extreme applications” can », With a snap hook for attachment to the backpack or, for example, in the tent, where it can be used as lighting thanks to its integrated flashlight. It has two USB-A ports to charge two devices at the same time. Recommended for: outdoor activities with the possibility of splashing water or rain. 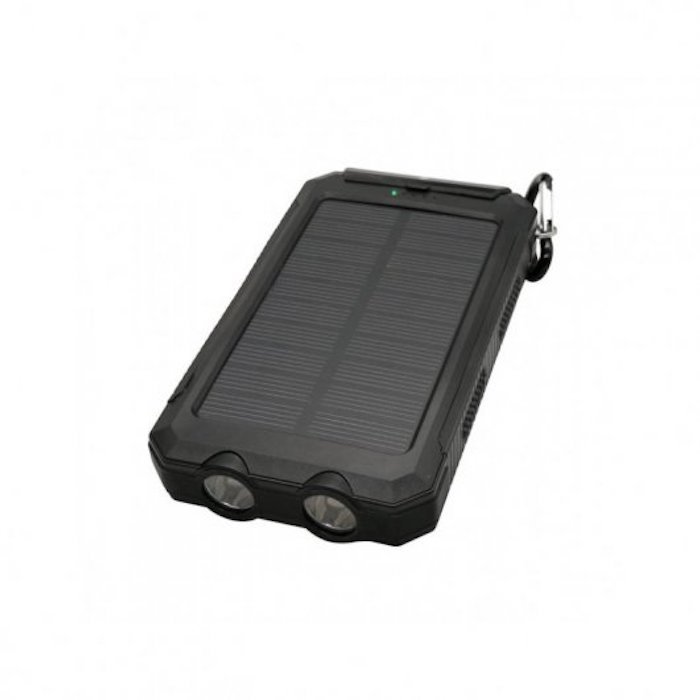 -HETP (29 euros): With a capacity of 26,800 mAh, it allows more than half a dozen charges of a smartphone (it has two USB-A ports for simultaneous charging) and, thanks to its solar panel, can also restore part of the charge (over several days). Displayed only For emergencies, it is recommended to charge it by plugging it into the mains for higher speed. Recommended for: traveling. 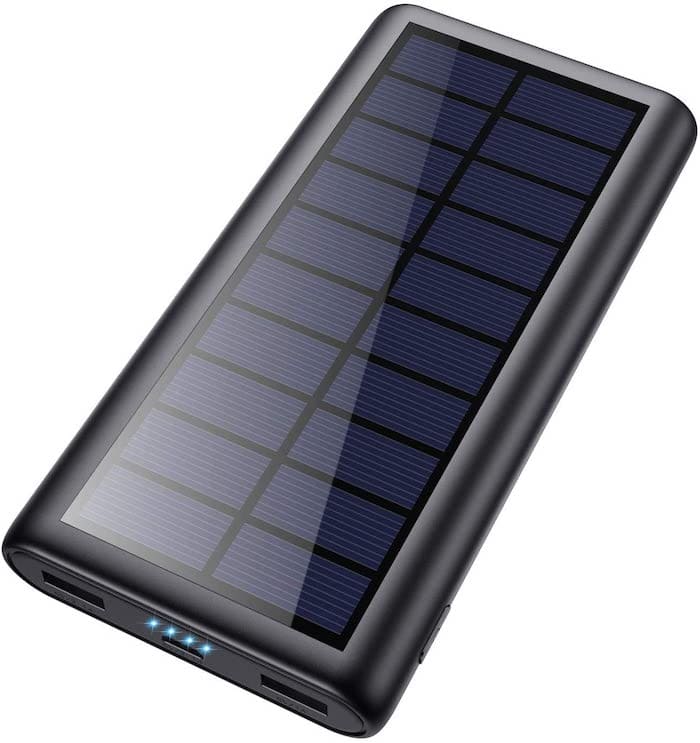 -Multipowerbank Solar (27 euros): With dimensions that are very similar to those of a smartphone, its 10,000 mAh battery enables a cell phone to be fully charged three times and can also be recharged thanks to its integrated solar panel. It has two USB ports that allow two devices to be charged at the same time, a built-in flashlight and a carabiner to keep it on the outside of the backpack, for example, so that the battery can be charged during an excursion. Recommended for: one or two day excursion. 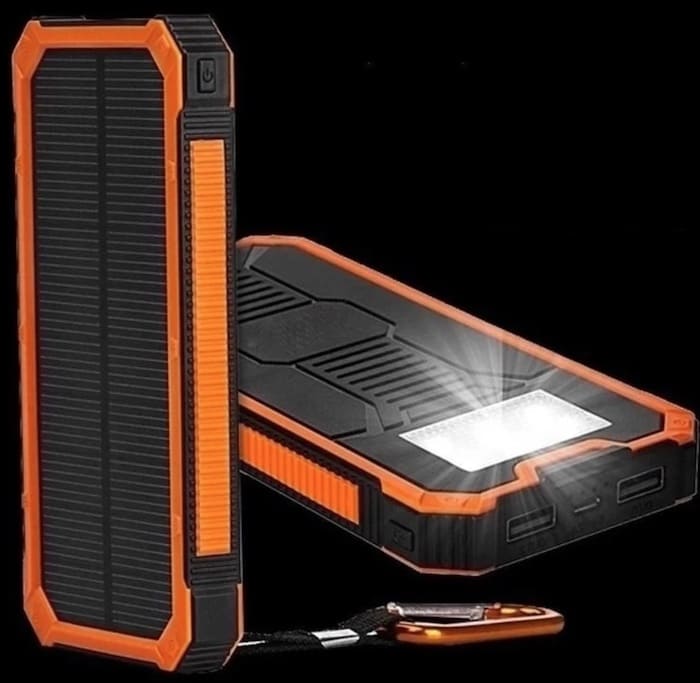 The first chimpanzee to orbit the Earth