Chromebooks hit the market almost a decade ago and have managed to create a niche on the computer desktop. They may still not meet the needs of all users, but it is a platform that has not stopped growing, and the improvements in software and hardware in recent years have made it one very real alternative to Windows and MacOS. Today we update our guide to these laptops, review their pros and cons, news from the past few months, and select some models from the range available.

Google announced Chrome OS more than ten years ago. An operating system that replicated the Android model, but on PCs. Based on the Linux kernel and the Chromium OS project, it was designed halfway between a cloud operating system and a conventional desktop like Windows or MacOS. Although Chromium OS is open source, Chrome OS is a proprietary commercial version that Google offers (free of charge) to a number of manufacturers who work on the platform.

Although Chrome OS (Chromium OS) can be installed on almost any PC, the experience is far from what the dedicated teams sold by Google and all major PC manufacturers offer. This OEM segment (like Windows) was responsible for increasing sales and turning Chromebooks into the only «Linux» can hit Windows in some segments of the computer desktop.

Before you get started, make it clear that the Chromebooks concept defines laptops and convertibles on Chrome OS and these are the most popular, but not the only computers with this system, as Google has tried to enter other market segments such as mini PCs, Chromebox, or the compact AIO Chromebase, without much success. Unlike some Chromebooks that really define the entire platform. 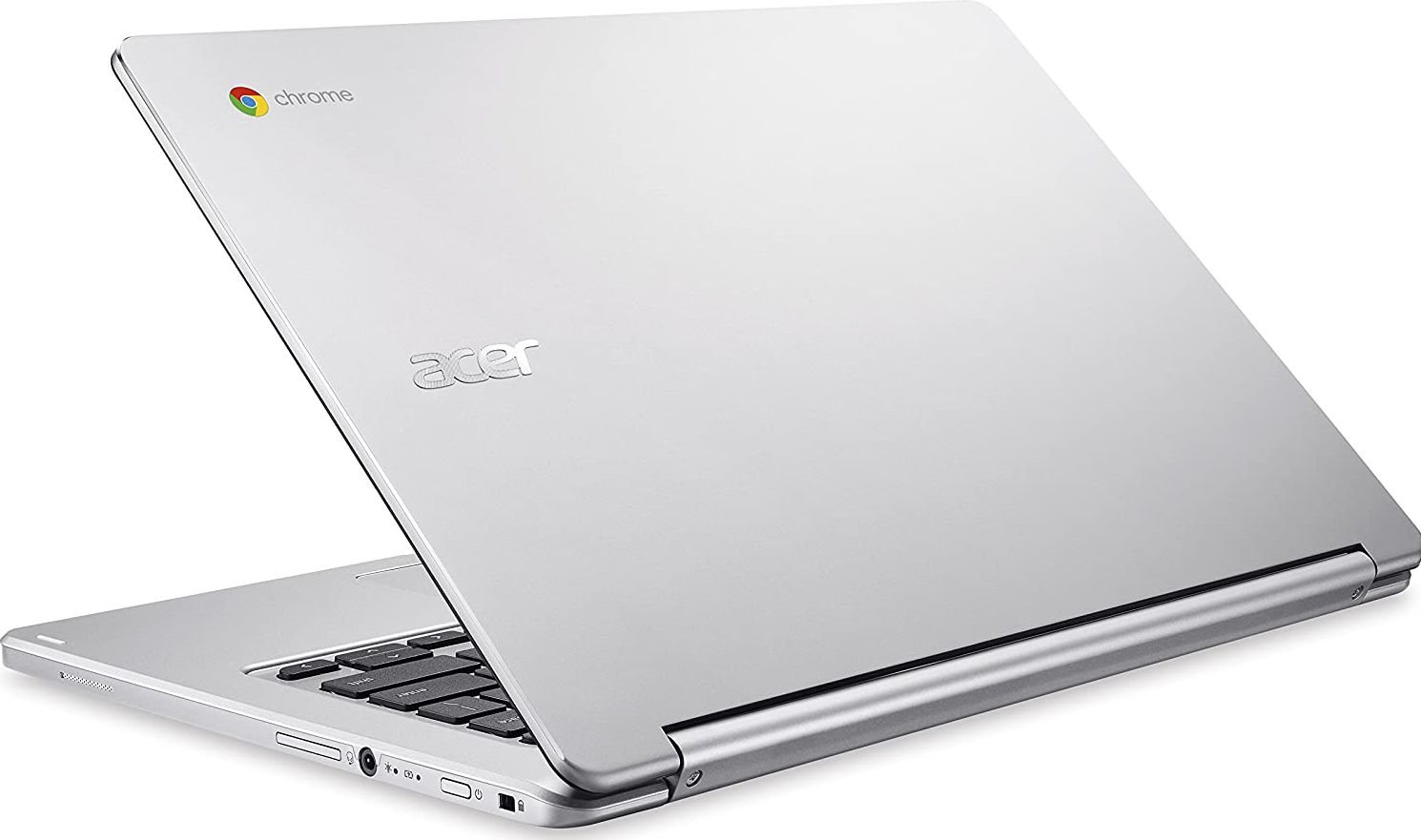 How much have Chromebooks improved?

Forget the first models that came on the market at the beginning of the decade. They were necessary to open the market because of their low cost, ease of use and ease of administration, the keys to their tremendous success in the education segment. Today they are different and there is already one Some models that can compete in hardware with their counterparts under Windows and MacOS. Chrome OS is also fundamentally improved in software and its functionality expanded to bring it closer to a more traditional desktop, while maintaining the initial benefits.

The total approach to the cloud; Running web applications from Chrome and a graphical interface consisting of WIMP-based web browser windows resulted in a simplified and unattractive desktop. Shortly after the launch of the first models, Google implemented a new hardware-accelerated graphic environment (Aura) that significantly improved it.

Chrome OS continues to focus on simplicity, but has improved an operating system environment for a web browser that is too limited for an operating system, and today offers multiple desktops, taskbars, animated transitions, backgrounds, and status bars for each of the applications. open, desktop or overlapping windows with the possibility of maximizing or resizing.

In the early days of Chromebooks, the cloud approach was complete because the "web was the platform". The system relied almost exclusively on servers and the Internet to run web applications in the Chrome browser, its main tool. It soon turned out to be a very restrictive factor, and the improvement in offline support for application execution was constant. And also from the support of important external developers.

Here we have to highlight the arrival of the Creative Cloud graphics suite, starting with a version of Photoshop in the cloud known as Project Photoshop Streaming (PPS). The Office Suite for Chromebooks was also introduced following a Microsoft agreement with Google or the Windows application approach through a collaboration with VMWare, which was used to promote companies and administrations of the Chromebook Enterprise. 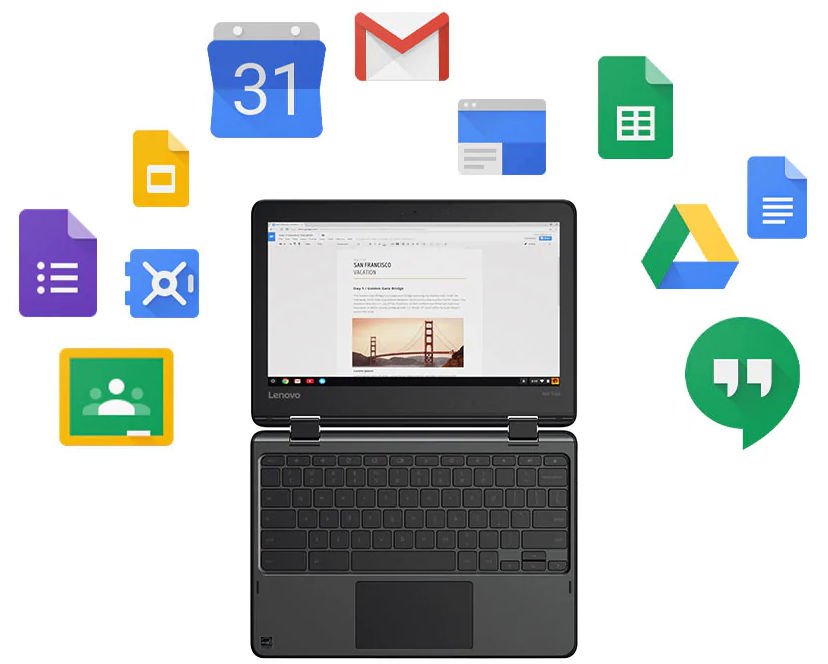 It was clear that Google would use a system that detects mobile devices and has thousands and thousands of applications. Although there was partial support almost from the beginning, the final progress came from the launch of the Runtime app for Chrome and in particular from the availability of the Google Play Store on Chromebooks. Any Android app can run on them today.

Given the base in the Linux kernel, there have been unofficial approaches to running Linux applications as well as full systems since Chrome OS was released. With Crouton, GNU / Linux distributions could be run together with Chrome OS for a long time. Another new feature was Ubuntu in Chromebooks with the official Canonical tutorial.

It was necessary and finally came the announcement of official Google support for Linux applications on Chromebooks. The company announced at Google I / O 2019 that Chromebooks "would be Linux laptops". You don't pre-install a custom distribution, but you can run Linux applications as if they were native and run a custom Debian 9.0 stretch system in a virtual machine. An improvement that gives Chromebooks more muscle and makes them much more interesting.

Chrome OS runs all games that are compatible with web browsers available in the Chrome Web Store, as well as Android. However, it is obvious that this is not the case for PC games in this section. Windows dominates PC games, and the restrictions for Chromebook gameplay are even greater than on any Linux system. Google's intent to bring Steam to Chrome OS will be a breakthrough and open the doors for a number of games, while confirming support for the dedicated graphics that are included in the development code. 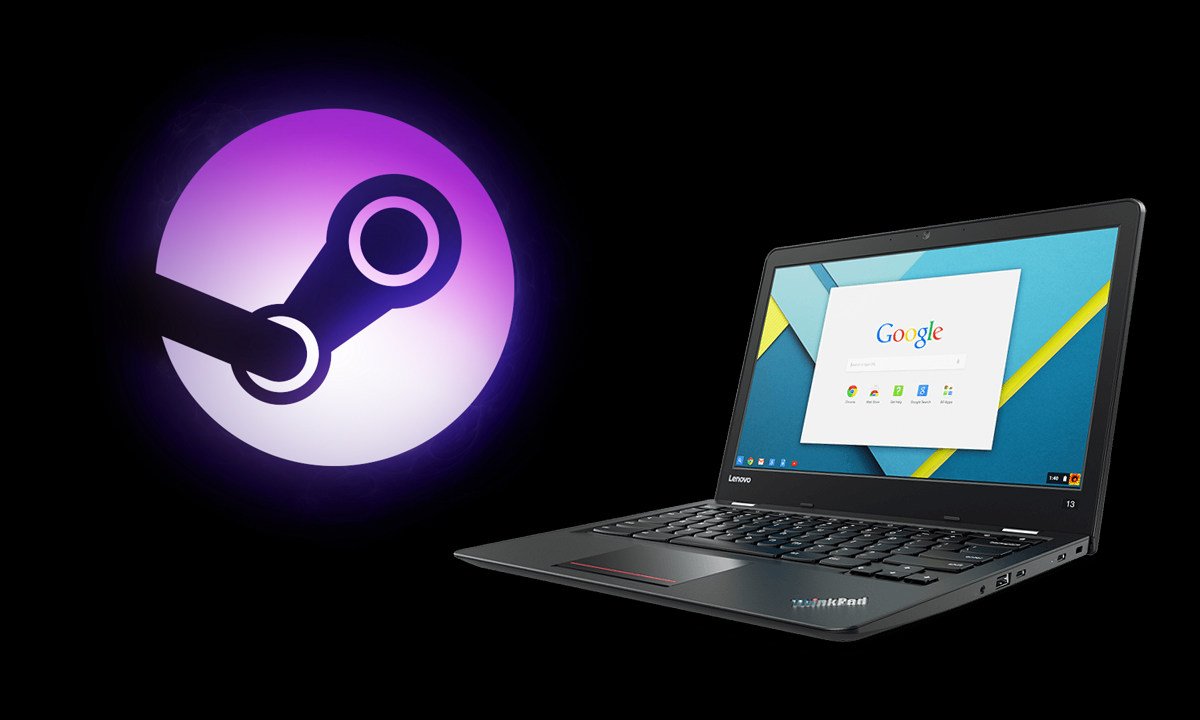 And stadiums. If we believe that cloud execution is the future of video games and therefore the client computers (or consoles) are less important, Chrome OS is perfectly positioned to be a relevant platform. These types of services require a powerful client internet connection, server, and developer effort. Google promises to run Triple-A video games through its Chrome browser without the need for a computer with advanced hardware. It remains to go forward, but the way is open.

Ease of use and configuration

Google has maintained simple team management for both the user and the management of teams introduced in business or education segments. Familiarity with Chrome OS devices takes place immediately via the interface used. Chrome syncs bookmarks, passwords, and web applications across devices and stores all of the above, system settings, and user data in the cloud. 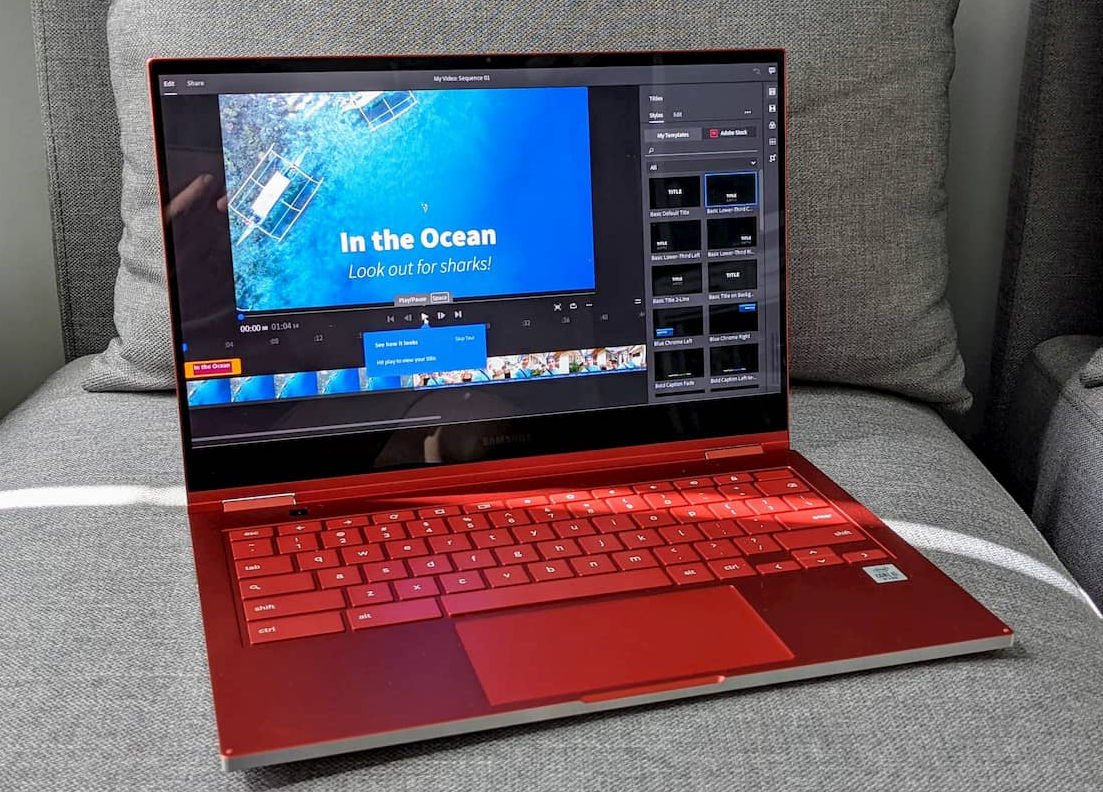 One of the strengths of Chromebooks from the start and indeed from Google has highlighted that their system is "virus free". Chrome OS checks at boot time whether the system is at risk by returning to the previous phases if necessary. Chrome OS also encrypts any data that is downloaded to the hard drive while the root file system is "read-only" and the system isolates processes (per tab and application) that can compromise the system. Both Chrome OS and the applications are constantly and automatically updated.

Also important is the increase in support announced this year, which will extend the lifecycle of Chromebooks. up to 8 years. As a result, Google has extended Chrome OS support for all new Chromebooks that are sold now to 8 years (until

Chrome OS is also characterized by the high speed at which computers start up (7 seconds) and the speed at which web applications run. In addition to the ability to work with modest hardware due to its low requirements, below the average of a standard PC with a different system. 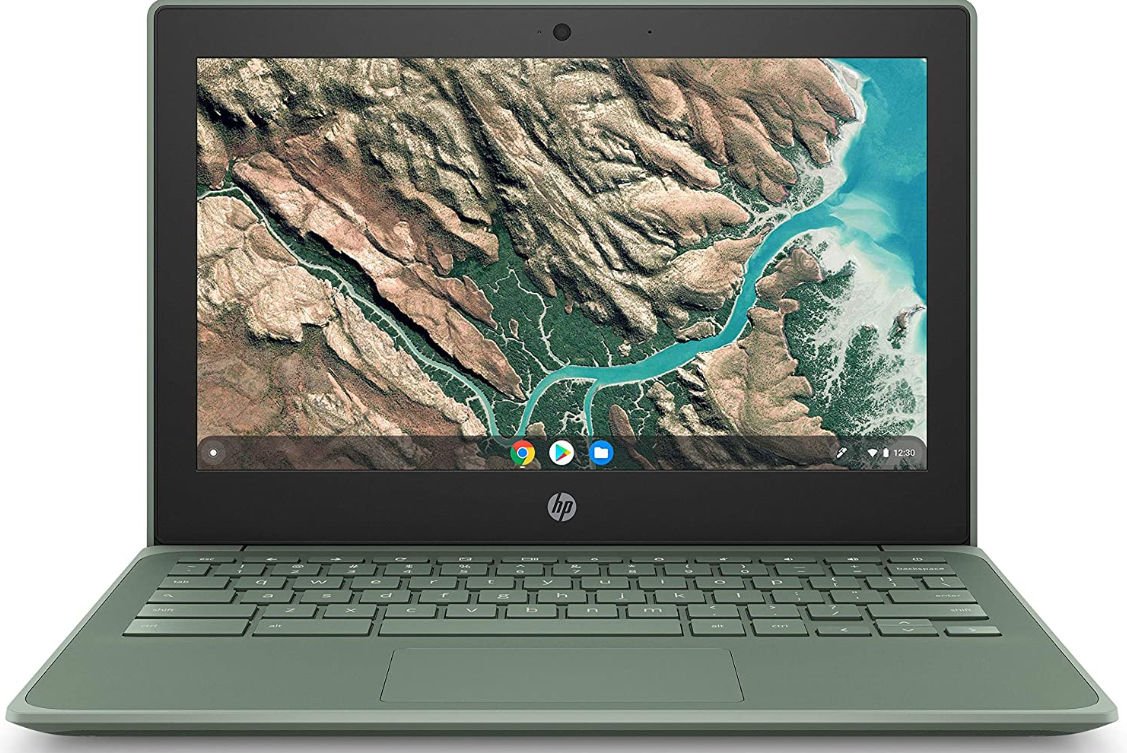 Are they for everything and for all Chromebooks?

You, we and Google know the answer. The same concept of Chrome OS offers advantages like the ones mentioned, but also restrictions. The user interface has been improved, more complete and more attractive, but is still a long way from a traditional desktop like macOS, Windows 10 or a desktop that offers the same GNU / Linux distributions.

The scope has also improved in number and execution, but if you leave the cloud and the web you will surely miss some. The same goes for games. Android has thousands and you can run a lot on the internet or with emulators, but a player is looking for great titles and they are not possible on a Chromebook, except for what comes from Stadia.

Certainly this type of equipment has limitations for some of the users, but at the same time offers advantages to convince a large number of customers who are looking for simplicity, ease of use, management or security. And in all segments, the expansion into the consumer market and also into the corporate market, thanks to the Chrome OS Enterprise version, has been geared towards the consumer market and the corporate market right from the start.

Chromebooks: how to buy

The increase in supply in terms of number, hardware level, formats and the target market has been remarkable since our last guide. With support for x86 and ARM processors, they have an enormous today Support from all major manufacturers: HP, Lenovo, Toshiba, Acer, Samsung, Dell, ASUS or LG now market Chromebooks.

And there is everything. The range was expanded to include new formats from a typical laptop design towards convertibles and 2 in 1 And we also saw the premiere of models with AMD hardware. Of course, there are basic super-economic models, but the bet for the future takes a different path and offers a level of hardware similar to that of the Windows platform, as we saw recently on the Samsung Galaxy Chromebook. 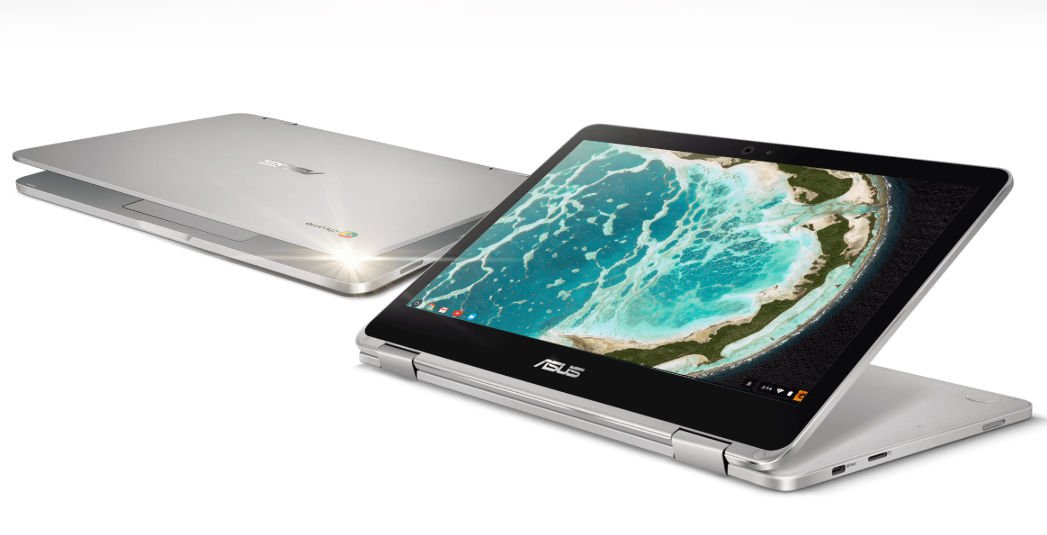 We leave you a choice that covers all budgets. If you do not want to replace the devices at the moment, but would like to get closer to their operation, you can use this manual to run Chrome OS from a USB stick without touching your main system. 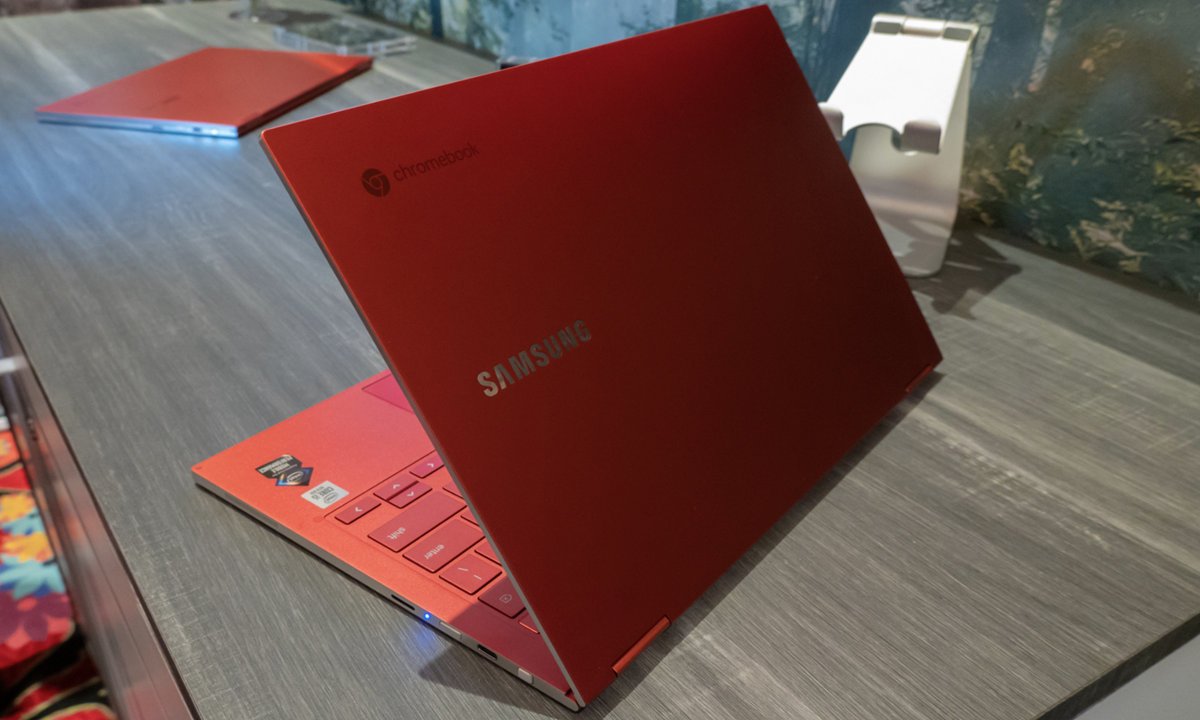 It is only a sample and the truth is Some of the best models are missing. Unfortunately, Chromebooks are not as popular as Windows and MacOS, and not all advertised are available in all regions. Another problem that Google needs to improve, starting with the transfer of the official Chromebook store to all countries.

The oldest DNA was recently discovered in a mammoth’s tusk