Windows 10 does not have special tools for customizing the system beyond choosing backgrounds, colors, fonts, and some “themes” that are only truly compatible if you install them from the Microsoft Store. It also does not provide easy access for advanced administration and management tasks.

Microsoft designed Windows 10 as a single operating system that can adapt to any form factor and run on all types of devices, especially smartphones and tablets. The idea came from earlier, the terrible Windows 8. This approach resulted in a hybrid with a double skin that didn’t seduce desktop users in terms of either usability or visual aspects.

Microsoft has been playing here and there since the original version was released, expanding the design language Fluid design for a more attractive and integrated interface. And it has improvedAlthough problems come a long way and until something completely new like Windows Core OS arrives, it will be difficult to see a complete change.

The appearance, behavior of components, or access to advanced features vary significantly. They are not tasks that are directly accessible Fortunately, there is a large collection of third-party applications that can be used to leave the system to any consumer’s taste.

These tools are very powerful and some of their functions touch critical points in the system. For this reason, we recommend creating system restore points before using them to fix any potential bugs, incompatibilities, or bugs that can be caused by a truly gigantic Windows hardware ecosystem. We remind you of a selection of the most popular, all for free and some open source.

One of the most famous and complete uses for customizing Windows is Winaero. The developer has put most of the options available in one all-in-one tool and under a single interface. It has a variety of functions to vary the visual aspects. Colours; Size of the window borders, the title bars and the menus as well as the audio area and the behavior of the system in general. 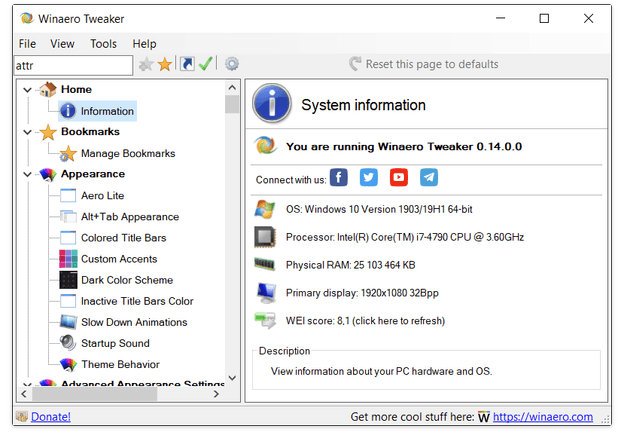 It’s available for free for Windows 10, Windows 8, and Windows 7. In active development, they publish new versions every quarter. An all-in-one tool of the most complete way to customize Windows.

The Windows start menu is a component that we have received in its operating systems since Microsoft implemented graphical interfaces. If the design implemented up to Windows 7 satisfied all types of users, then later even removing it from Windows 8 was nonsense. The latest versions of Windows 10 made things better, but if you liked Windows 7 more, Open Shell is one of the best you can use. 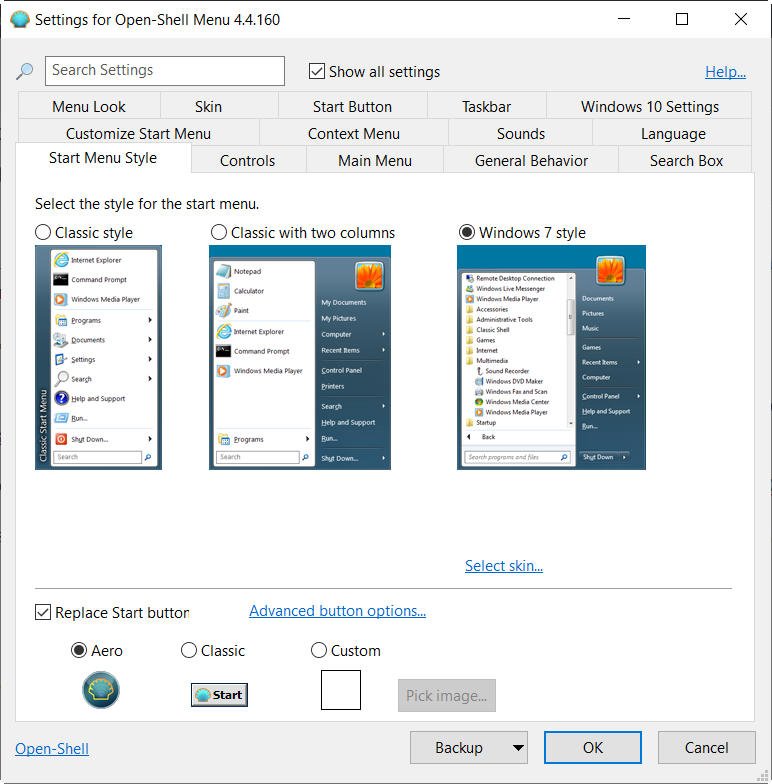 When the program starts, you’ll see three options for the Start menu style, plus an option to replace the Start button with various options, including images of your choice. And many additional options. If you want to try it out, you can download the application from GitHub and run the installer.

There are few better free developments that specifically address system icon management, a component that Microsoft renewed in the latest versions of Windows 10. You can change these in the start menu, in the system tray, in the battery and on the start screen, session, time and date and much more. 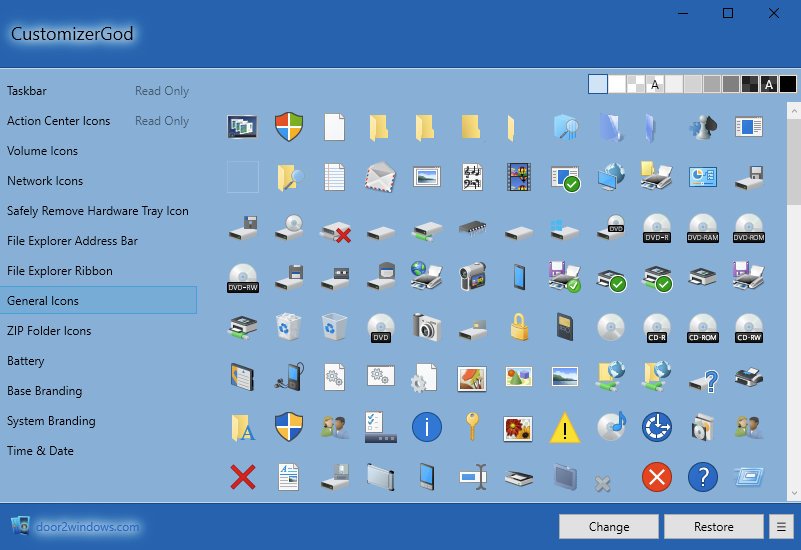 Very easy to use, you don’t need any prior knowledge. Download, install, and use on Windows 10, Windows 8, and Windows 7 only.

This app aims to customize the way Windows 10 behaves, not its appearance. It’s one of the most comprehensive you can find. It offers access to more than 100 hidden Windows settings, a registry cleaner, a RAM optimizer, profiles for virtual desktops, a revised start manager or the possibility to allocate CPU resources for intensive applications. 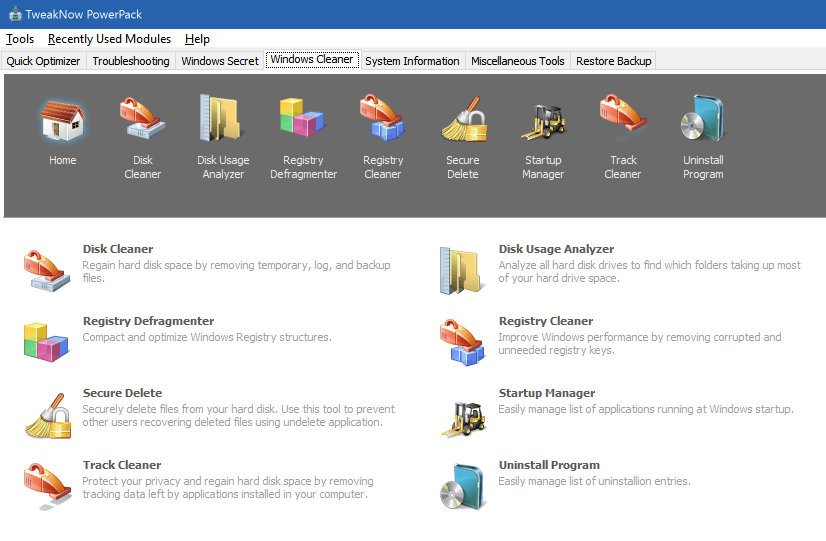 Very powerful, requires caution in use (ideally the annotated restore points), and is available for download and free use with support from Windows XP to Windows 10.

Microsoft has some “themes” that are installed on your system and others that can be downloaded from the Microsoft Store that require some external plug-ins to function. 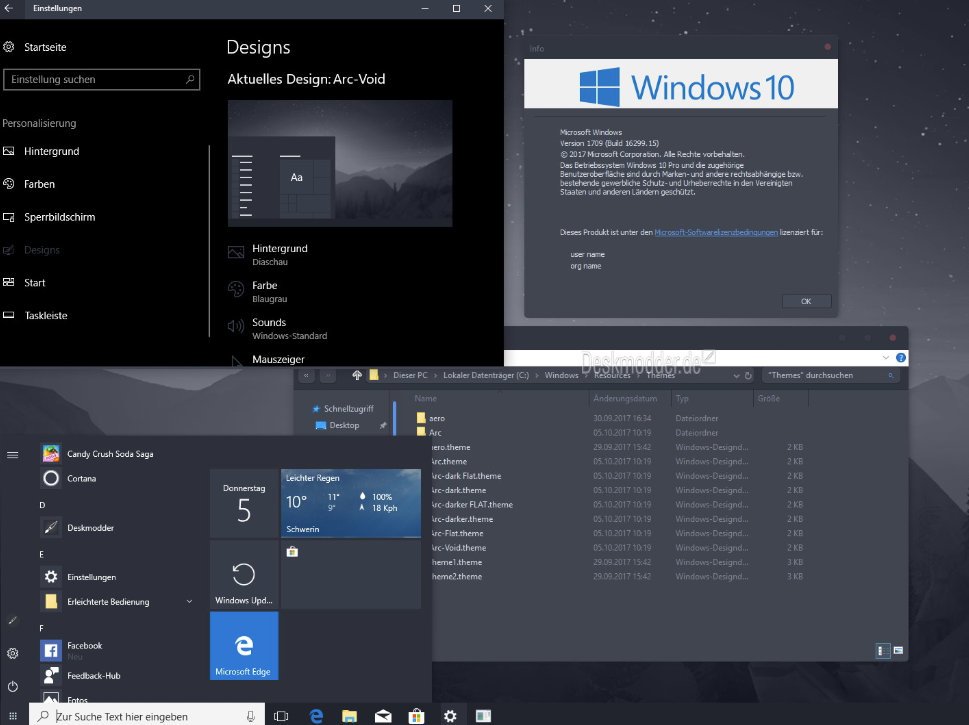 Windows doesn’t work very well with third-party themes that aren’t straight from the official store unless you have a dedicated application like this one. Free and updated for Windows 10 last month.

Surely the best customization tool for the taskbar. It includes some settings that Windows 10 already offers, but most of them are inaccessible even if you act on the registry. 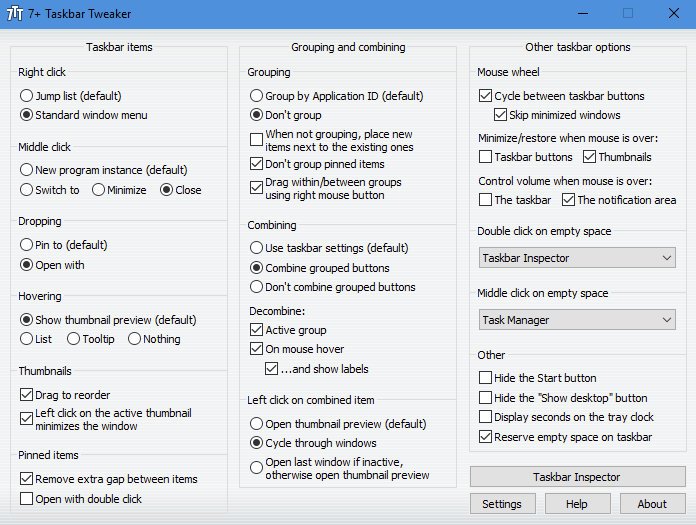 It has an installable and portable version with a minimum size that doesn’t even need to be installed.

Another of the most comprehensive tools for optimizing Windows 10. It offers more than 200 settings, privacy and security. Performance; from context menus; Search and much more. It also works as system tray customization software, allowing you to show or hide battery layouts, date and time, volume, common folders and recent files, and much more. 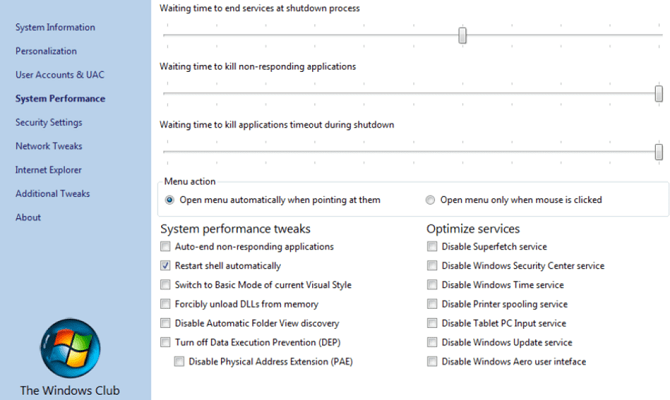 This application covers the concept of “skins” but goes much further. It offers easy-to-apply changes for beginners. However, if you feel like it, you can create advanced customizations with interactive wallpapers, mods, and skins, and achieve a completely different desktop from what the system offers by default. 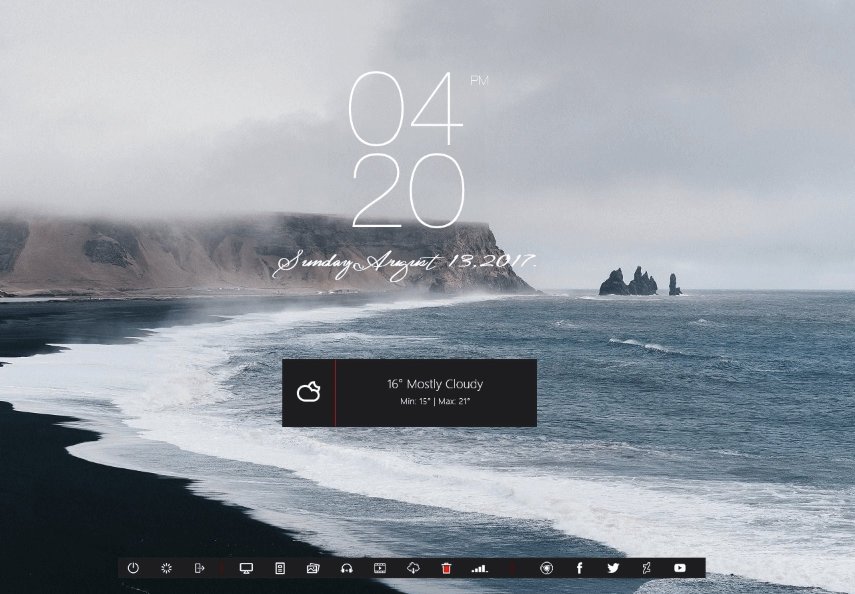 Not only is it free, it’s open source under the GNU GPLv2 license and works from Windows 7 through Windows 10.

It specializes in the management of folders and offers personalization and productivity elements. Allows you to customize the color of the folders with a single click. can be configured according to priority; Manage multiple folders at the same time and configure sub-categories. Interesting when you are working on large projects with many shared files and folders and need to find important information at a glance. 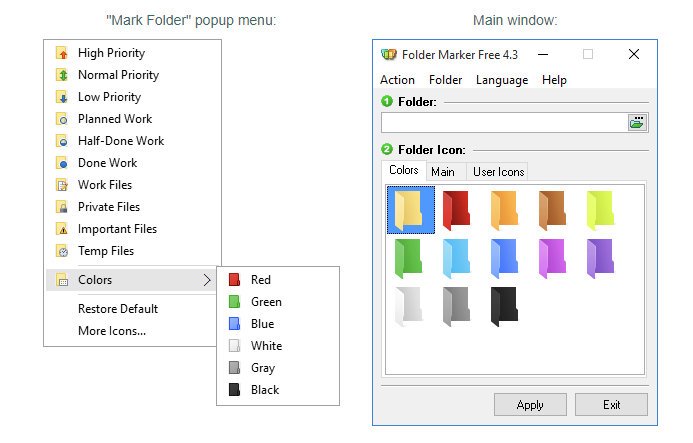 It has a free version and a paid premium version.

In the end we leave behind a very powerful tool based on Windows “God Mode”. Provides access to more than 200 hidden options and settings from one place. Very useful for advanced users who want to access the hidden administrative and management functions of the system, but also other visual and operational areas. 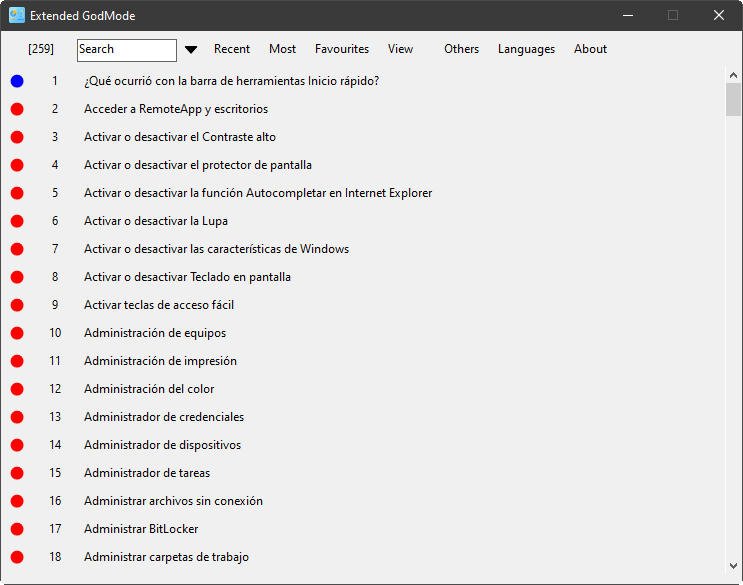 The tool is free, only 400 KB in size, and is offered in an executable and portable format with no installation required.

These tools are very interesting to customize Windows 10 (and other Windows) in visual aspects and also in the behavior of the system itself. We insist on the need to create System backups and / or restore points to be able to roll back the changes in the event of incompatibilities, mistakes, or when we simply cannot finish their effects.