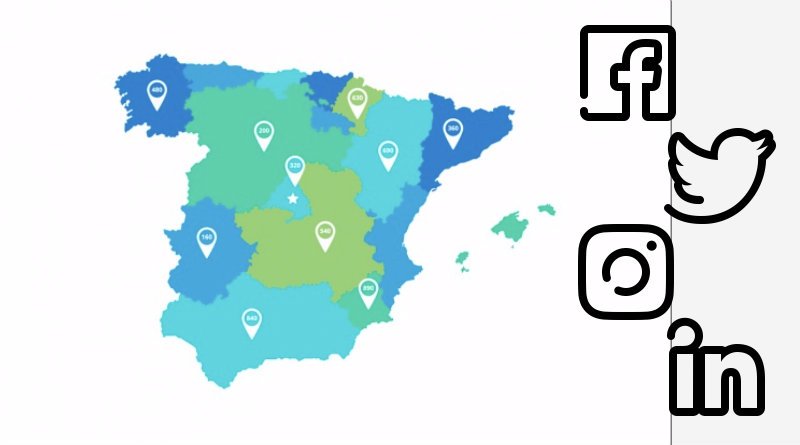 More than 37 million Spaniards are active users of social networks and connect with them at least once a month. This means that of the country’s 46.75 million inhabitants, more than 80% already regularly use social networks.

The growth over the past year has been spectacular, which is reflected in the data for Spain released this morning and part of the 2021 digital report produced by Hootsuite and We Are Social.

As detailed in this study, more than 8 million Spaniards have started using social networks in the past 12 months. This corresponds to a growth of 27% in just one year. Without a doubt, the coronavirus pandemic, as well as the measures to contain and socialize it, have motivated this growth in the use of social networks and changed the way the internet is used both globally and nationally. 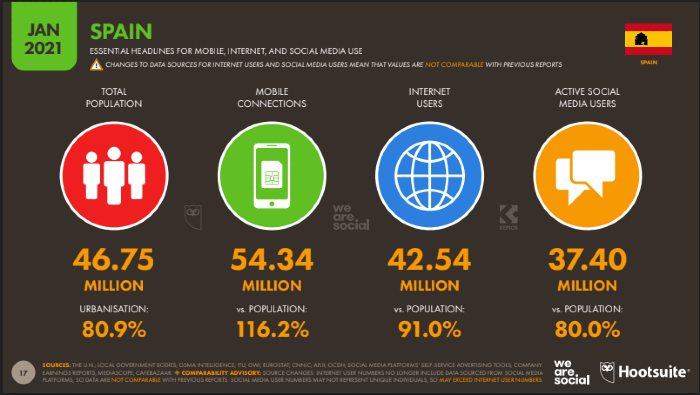 In this sense, the number of internet users has also increased significantly. According to the data in the report, there are already more than 42 million internet users in the country, which is 90% of the total population.

The number of mobile internet connections has also increased significantly in 2020, and there are already more than 54.3 million in the country. This means a penetration of 116.2% compared to the total population. The change was smaller here, as it “only” increased by 0.6% and added 323,000 new cell phone connections in the last year, as the study data shows. 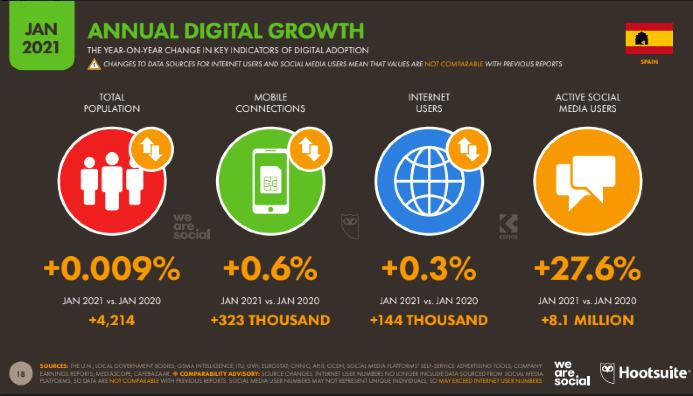 Most used social networks in Spain in 2021

This information is particularly relevant as most social networks do not provide data broken down by country. The report therefore focuses on the percentage of people who use social networks who are users of each of the platforms. It’s a very interesting x-ray and a foundation for developing strategies on social media. 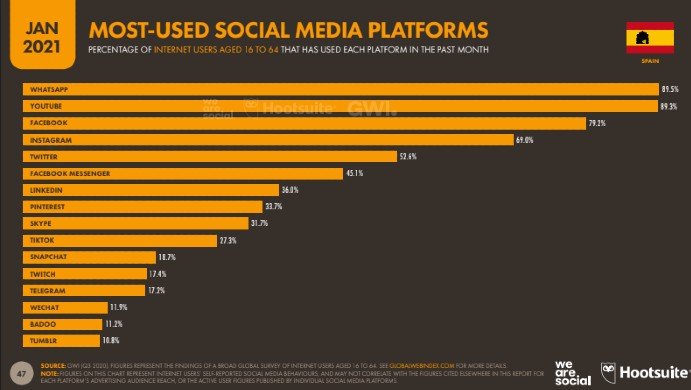 This is followed in the order of Facebook (used by 79.2% of Internet users), Instagram (69%) and Twitter (52.6%). These five platforms are the only ones used by more than half of Spanish internet users, as shown in the graph above.