The word processor is the most common application of office suites, possibly because many people have needed to write or make documents throughout their lives, while spreadsheet applications and presentations are relegated to more specific contexts.

What is stated in the previous paragraph makes many users do not need both an alternative to Microsoft Office and Microsoft Word, the well-known word processor of the Redmond giant that has dominated the sector for decades. However, this does not mean that it is the only quality word processor on the market, and that is why we are going to show seven free alternatives for those who do not want to use the web version of the Microsoft suite or other complete suites that we already mentioned in this other article.

Jarte is a word processor with a free and paid version with some additional features, including custom keyboard shortcuts, scripts to automate tasks and autocorrect.

This application has a neat and clean interface that simplifies work when working with documents. In addition, it supports tabs to load multiple documents in the same window, saving space in the taskbar. On the other hand, it also has customization options for button labels, automatic link detection and word wrapping.

Jarte has everything essential for those who are looking for a functional word processor to support dictionary, images, hyperlinks, tables, equations, objects, letters in all basic formats and paragraph settings. 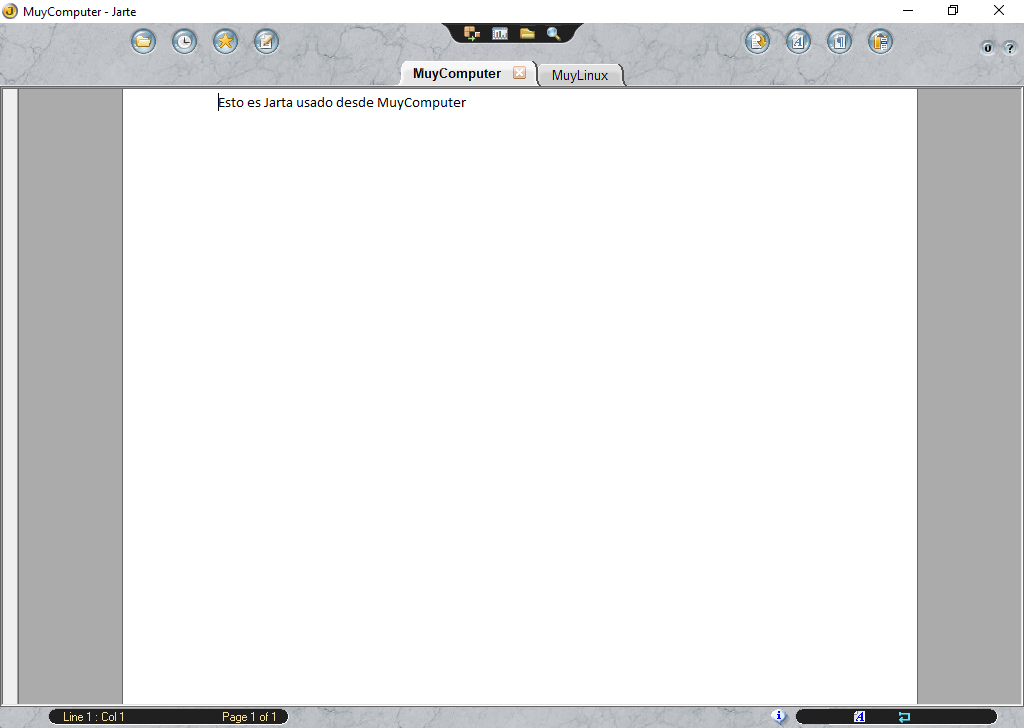 If the user is too attached to the experience of Microsoft Word, especially the one offered from the 2007 version, AbleWord is probably a more appropriate alternative than Jarte at have an interface more similar to the application of the Redmond giant.

Another advantage is the fact that offering all its features for free, without there being a paid version with additional possibilities. 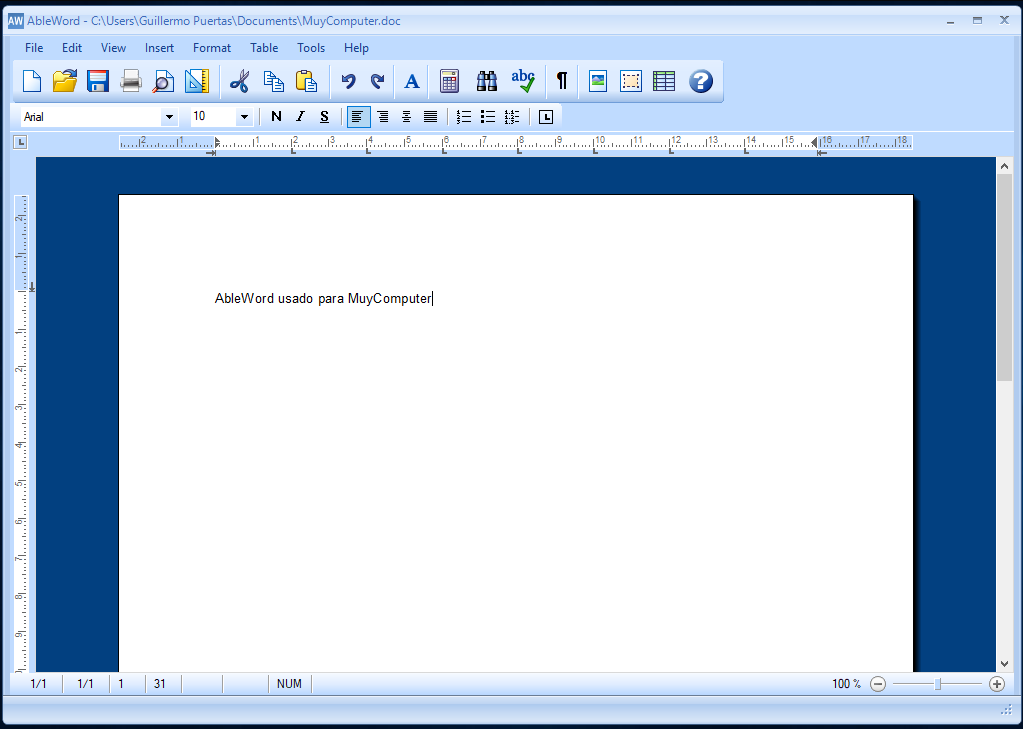 SSuite Office offers storage for office applications such as word processors, spreadsheets and other editors, among which is WordGraph, another alternative to Microsoft Word to consider. Its interface is similar to that of AbleWord, although you can also remember the “On tabs, compact” layout of LibreOffice, with a standard menu at the top, action buttons and a format bar. It is capable of loading documents in different tabs to save space in the taskbar (whoever has it, because this server does not have one in Fedora 31 Workstation).

Apart from the typical features that we have already mentioned several times in this article, tiled windows, document export, history, statistics, keyboard shortcuts and integration with cloud storage stand out. 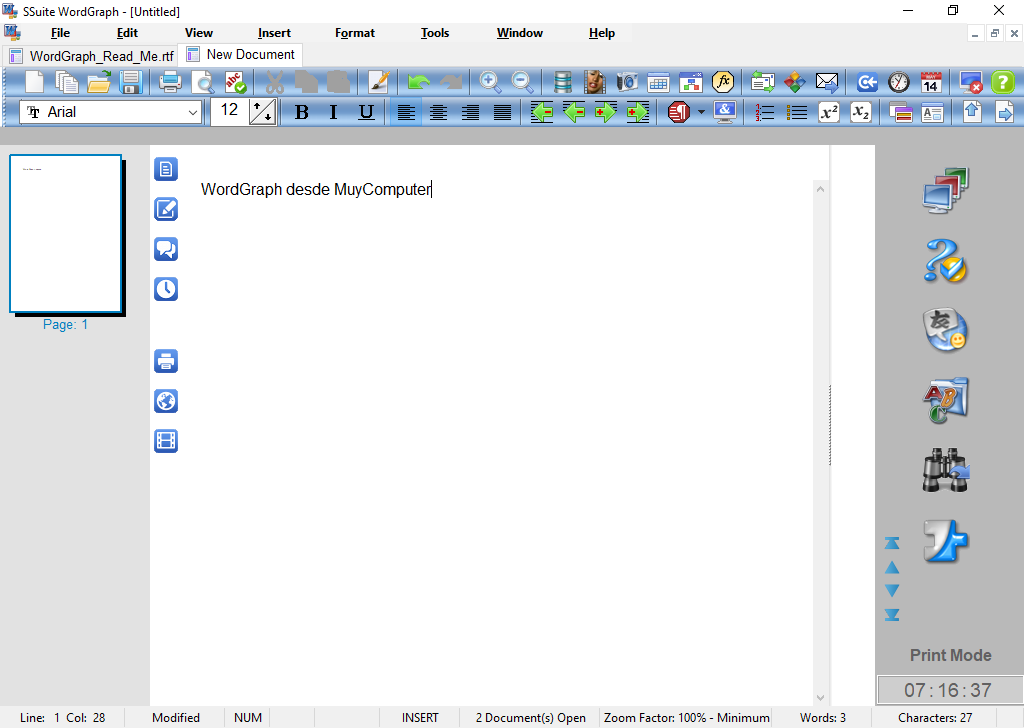 Page Four is a text processor more oriented towards creative writers, although it is equally Useful for those who want an application to organize and create documents thanks to the Notebook function, with which the user can create new notebooks, add folders and subfolders and easily insert images.

With regard to those looking for a word processor for rather basic purposes, it highlights the possibility of making an “intelligent edition” with which you can search for overused words and phrases.

Page Four offers all its possibilities for free, although it is an application that will not receive improvements in the future. 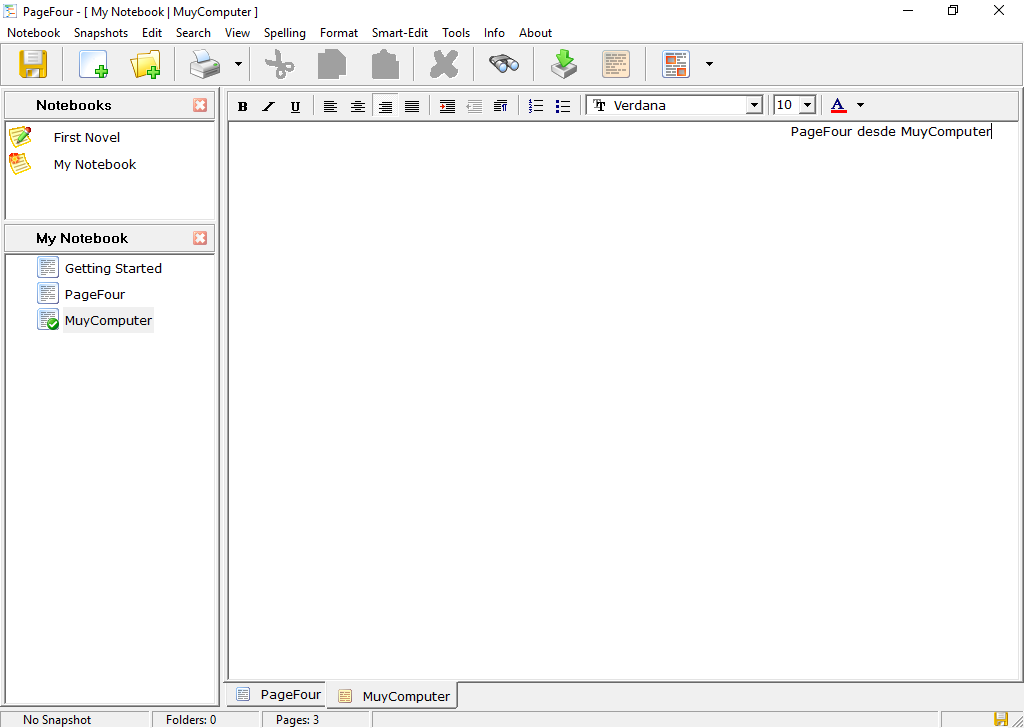 LyX is a powerful LaTeX based word processor with many possibilities. The user will see a large number of buttons below the menu, which are self-explained when tips are displayed after placing the mouse cursor over each of them. Thanks to the support of tabs allows to work with several documents at the same time without depending on the taskbar.

At the level of features, import and export to dozens of file types, mathematical macros, margin and footnotes, labels, cross references and index entries stand out. It is free and cross platform software, so that in addition to Windows it can also be installed on Linux (it is in the repositories of the most well-known distributions) and Mac, a point in its favor seeing the proliferation in recent times of multiplatform applications and those that rely on The web to work. 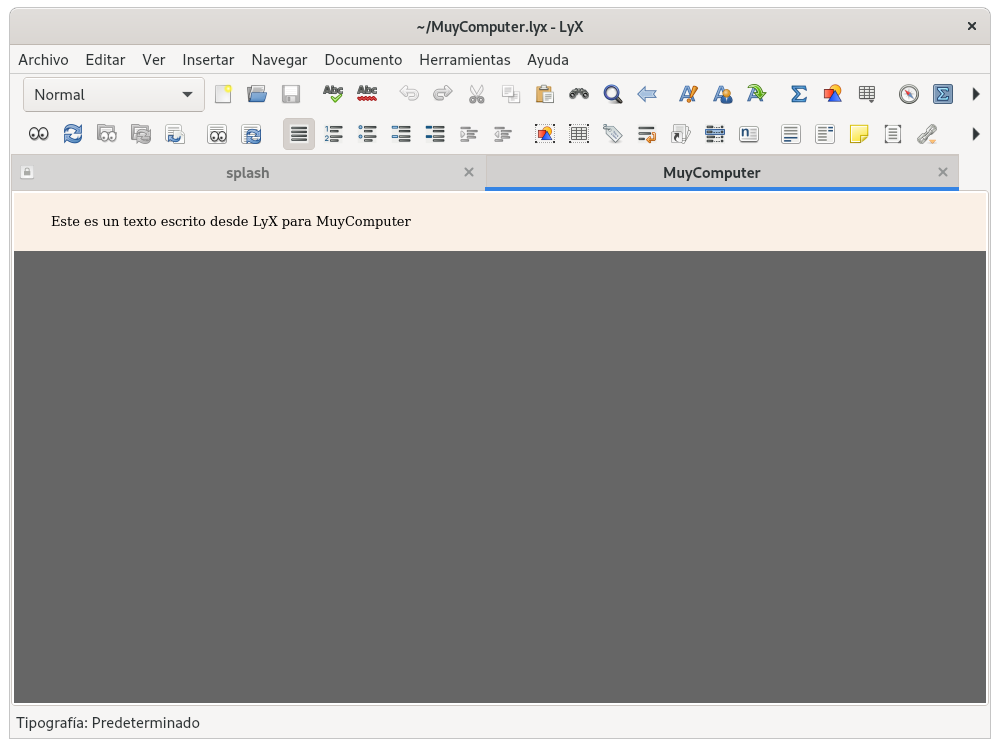 So far, most of the alternatives mentioned only support the Windows operating system, forcing Linux and Mac users to have to resort to Wine for execution. However, the case of AbiWord is different, since at the moment it only supports Linux (in addition to other minority systems) since the version of Windows has remained without maintainers.

AbiWord is characterized by the simplicity of its interface and the low technical requirements, which allow it to be used in equipment considered obsolete. It also has filters for import / export of documents from its native format to XML, RTF, HTML, Microsoft Word, LaTeX and OpenDocument. Linux users looking for an alternative to Microsoft’s word processor that is simple and functional have an option adapted to the system they use. 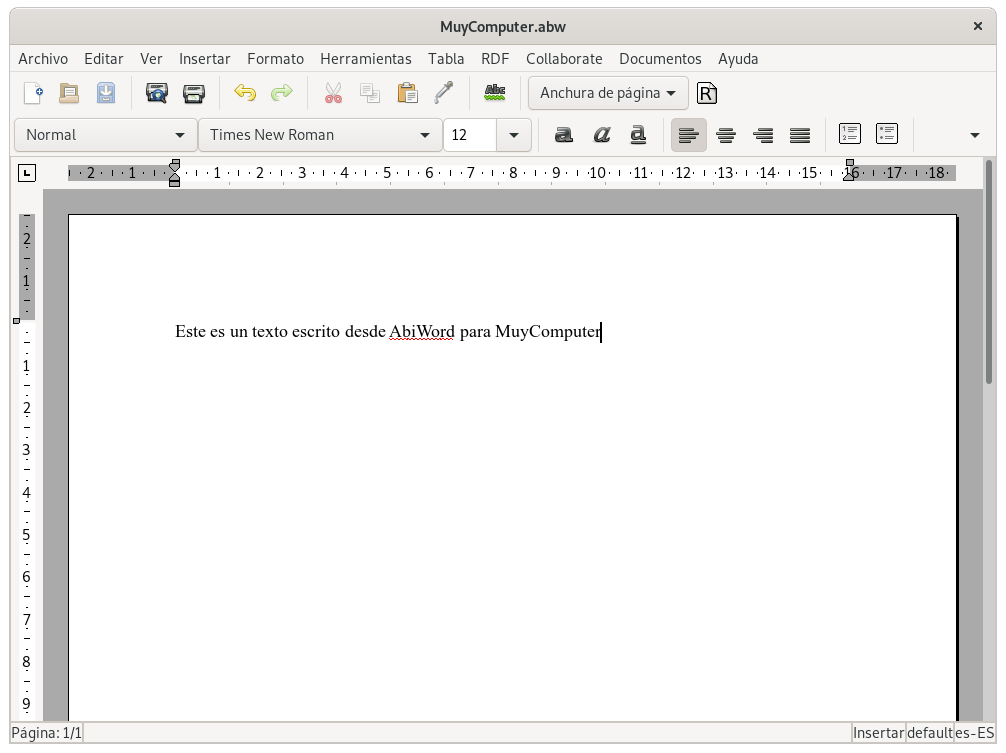 And why should an application be installed locally and remain tied to the operating system? With Draft, the user has a simple online and web text processor that can be accessed by simply opening a browser. It has the disadvantage of requiring an Internet connection to use it, but today many users do not conceive the use of a computer without Internet.

Despite its simplicity, Draft supports the insertion of comments, task lists, images, code snippets, footnotes and export to TXT, HTML, DOC and PDF. It is oriented mainly to group work, whether in work or student environments. 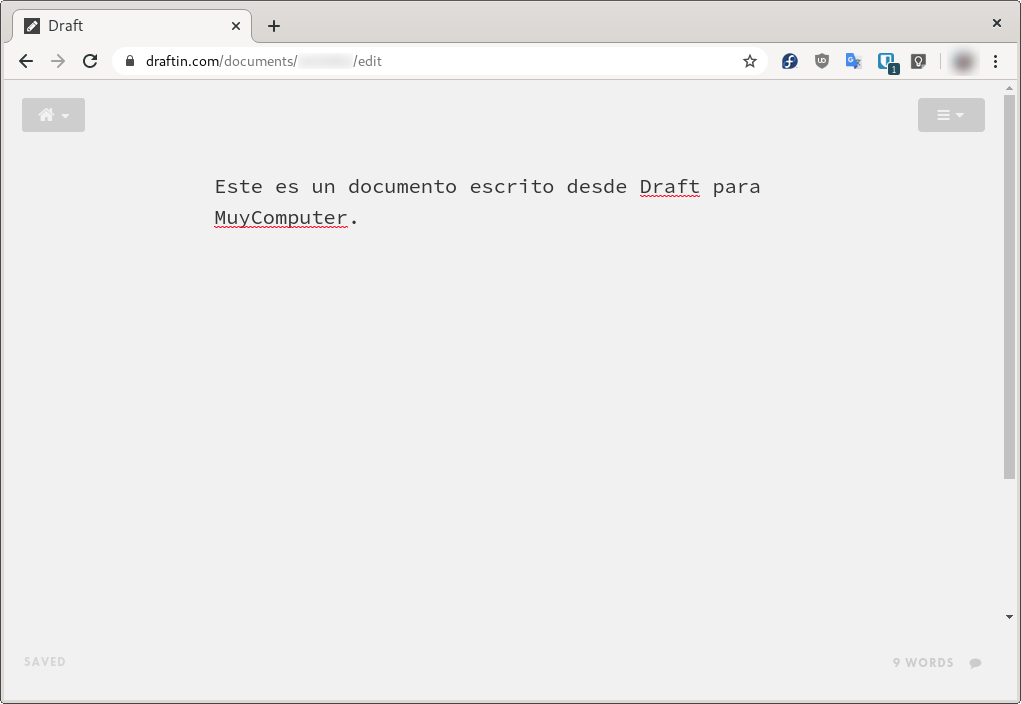 Google is improving the algorithm that recognizes adult videos

The core of the earth grows more than one side