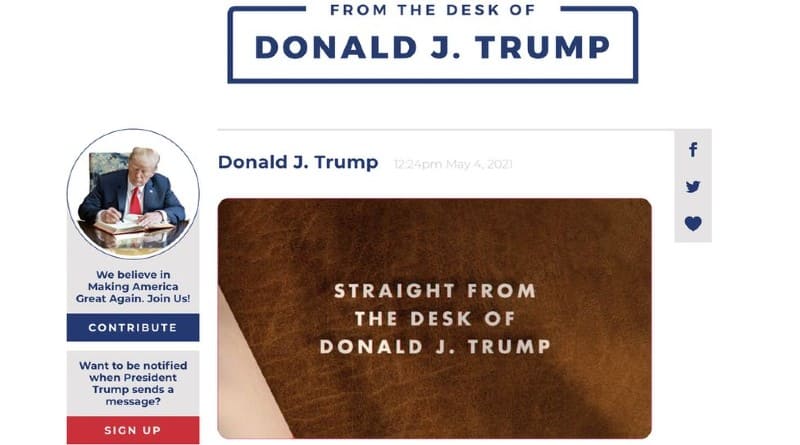 Following events on January 6, when Trump supporters stormed the Capitol following the former president’s defeat in the November elections, then-President of the United States, Republican Donald Trump, was banned from Twitter, Instagram, Facebook and YouTube . Since then, he has warned several times that he would be building his own social network, and he has kept his word. Donald Trump has presented his own digital platform from which he can communicate with his followers.

Baptized as From the Desk of Donald Trump (in Spanish, From the Office of Donald Trump), the website collects videos of the former president, news and political statements from him. Although Donald Trump was expected to build a social network to compete with the big players in the market, the former Republican president has been content with that a kind of blog with short entries.

Jason Miller, one of the advisors closest to the former president, has assured on Twitter that “there will be more information in the near future,” suggesting the web may have new developments soon.

🚨 President Trump’s website is a great resource for finding his latest sayings and highlights from his first term in office. However, this is not a new social media platform. We will have more information on this topic in the near future. Https://t.co/m9ymmHofmI

The web was created by the company Campaign core, a company founded and run by Brad Parscale, Donald Trump’s former campaign manager. His presentation takes place one day before the advisory board decides whether the former president should permanently veto his social network or whether he will reinstate him.

New cyberattack against the Ministry of Labor and Social Economy