Insects have always been part of the human diet. In various parts of the world, eating insects is still a current custom. About 2 billion people in the world include insects in their diet.

Entomophagy is practiced in many countries. However, in the near future it could be a solution to feeding the world’s population. According to the Food and Agriculture Organization of the United Nations (FAO), the world population will grow to 9 billion people by 2050.

The WHO ensures that food production does not grow in proportion to the increase in population growth. For this reason, changing the traditional menu is not illogical, as an inexhaustible source of protein such as insects is at hand.

According to studies by the University of Alicante, insects have an exoskeleton formed by chitin. This is a high molecular weight amino sugar polysaccharide. The fleshy part of insects is made up of a large amount of nutrients in the form of essential amino acids. They also contain more vitamin B12, minerals like zinc and iron, and riboflavin.

This food is high in protein. It is even more nutritious than meat and dairy products, with higher amounts of unsaturated acids. In addition, the diet of edible insects is based on vegetables, that is, they are vegetarian.

Advantages of the practice of entomophagy

Wageningen University in the Netherlands has compiled a catalog of more than 2,100 species of edible insects. The list includes arachnids, beetles, grasshoppers, ants, crickets, wasps, bees, caterpillars, and grasshoppers. 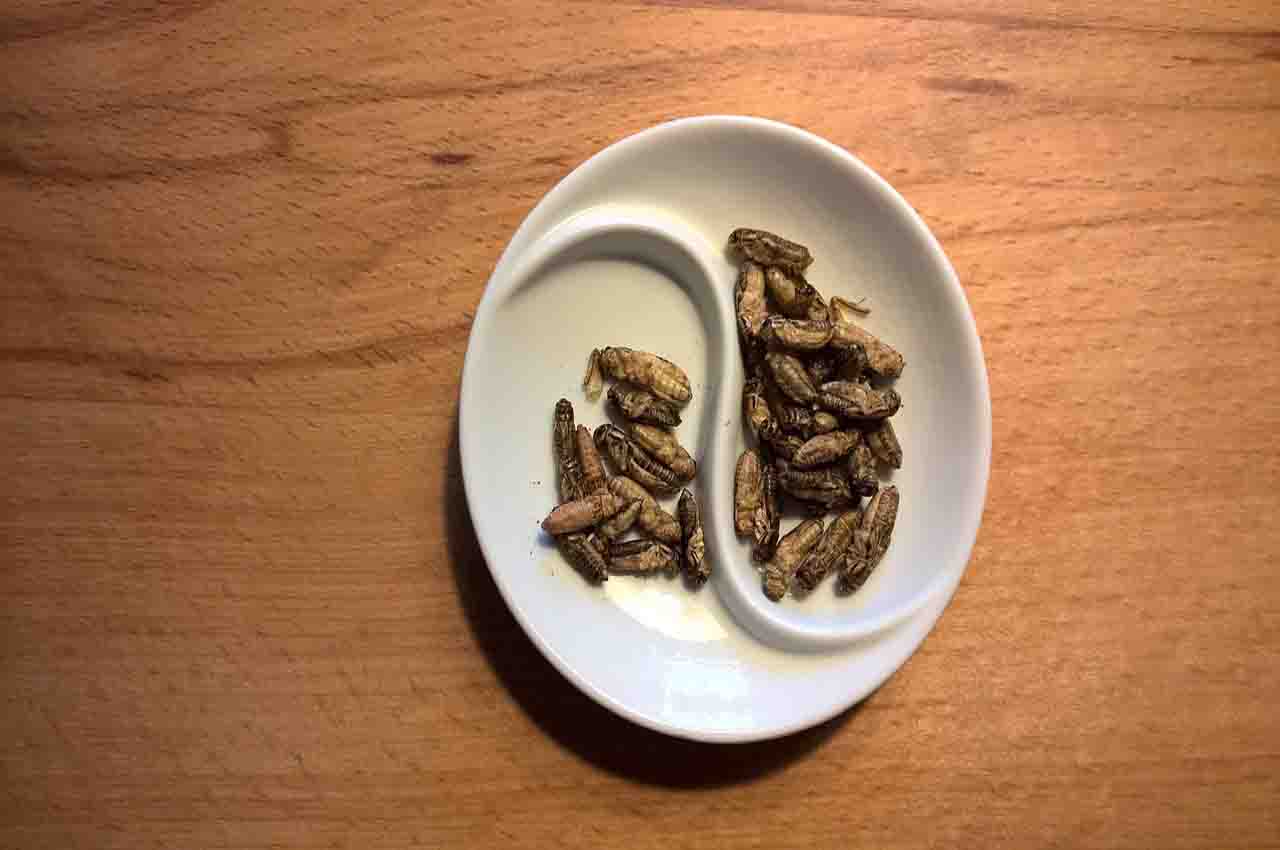 According to the FAO, 26% of the arable land is used for grazing land and another 30% for the production of fodder. Almost 20% of greenhouse gases are produced when rearing pigs and cattle.

On the contrary, it happens to the insects. There seems to be practically no cost to breeding them. From an ecological point of view, little water is used and up to 100 times less greenhouse gases are generated. In other words, it significantly reduces the impact on the agricultural environment.

There are people on every continent who already consume it

For consumption, it is recommended to replace some of the animal products with insects. It would be a great way to gradually add a serving of vermin to your daily diet to replace chicken or beef and also dairy products.

It’s not new in Spain, between 2004 and 2008 the La Boquería market in Barcelona sold scorpion lollipops, crunchy ants and roasted worms. As of 2018, the consumption and sale of insects for human consumption was permitted in Europe. Entomophagy is also practiced in Africa, Latin America, Oceania and Asia.

Although for Western countries it is a custom that will take longer to be adopted. However, many products such as cosmetics contain ingredients that are based on insects, such as lipstick. It’s just a matter of habit.