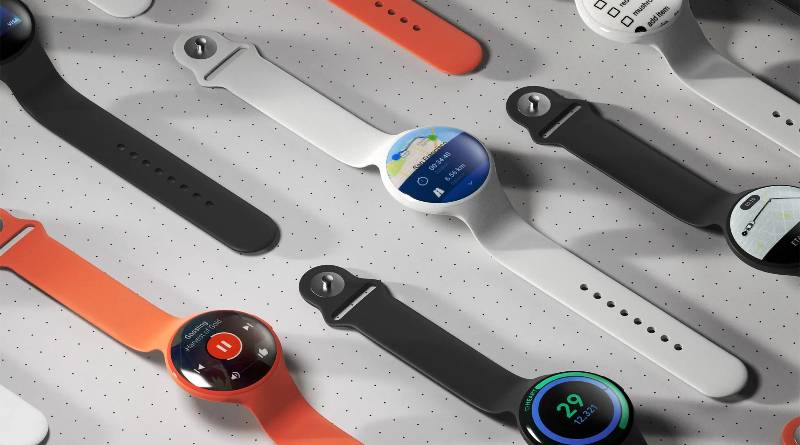 Google is having a very busy year 2022 because, as always, it will release several products on the market. For example, they have already begun to circulate the first news of the mobile Google Pixel 6a after launching the Google Pixel 6. always hover many rumors, but nothing certain. But in this mid-cost terminal does not end everything, since the company will possibly also launch the Google Pixel Watch, a smart watch that aims to become a benchmark.

The Google Pixel Watch will be the cornerstone of Wear OS, it will be responsible for driving the platform.

The company of the big G wants its smartwatch to be the perfect ally of Wear OS due to the fact that the system has not had the expected success. With the arrival of this watch could make better use of the OS that Google has created. This is what is known about the smartwatch:

-Google Pixel Watch design: The code name of Google’s smartwatch is “Rohan” and has been presciently designed to exploit the full potential of Wear OS 3. The watch is expected to have a bezel-less circular display and will feature a knob that will be used to navigate the menu. The watch strap would be in various colors (orange, yellow and white) and it would have 32 GB of internal storage.

-Fitbit integration: Logically, the watch produced by Google will have all the necessary sensors to cover the health section. Such is the case of a heart rate monitor, gyroscope, accelerometer, etc. To add more value, the Pixel Watch would be integrated to Fitbit, a company that Google bought last year, to offer an accurate and comprehensive data synchronization.

-Google Assistant A big plus point is that the smartwatch would have Google Assistant built-in to make it more complete and useful. This will allow it to differentiate itself from other devices on the market and will add some exclusive functions that will be very interesting.

-Chipset and battery The Google Pixel Watch will have a Tensor chip with enough power to run all kinds of tasks. The chip’s development will be based on Samsung’s 5nm Exynos, but with some Google-specific modifications. As for battery life, it will most likely offer a day of use.

-Release date and price: There are two likely release dates, it could be presented in May at the I/O 2022 event or in June when the Google Pixel 6a is launched. As expected, the smartwatch will not be a cheap device, the price will be around 230 euros.