The assembly of a PC is relatively easy today. Thanks to the vast amount of information we can find on the Internet and the configuration menus of many computer stores, we can Build a team in minutes. We can also find numerous performance comparisons of the components we have selected and calmly assess whether the configuration we have presented really meets our requirements or not.

That is very positive, but it can happen at the same time double edged weapon. On the Internet we also find information and biased opinions with some frequency, which in many cases ultimately give shape Disinformation campaigns that they do us no good and lead us to a bad buy. I still remember a few years ago when a friend asked me to help set up a PC. He was the spearhead of Intel, he wanted an Intel processor because both acquaintances and dealers told him it was the best, and no, it wasn’t back then.

When we did this montage, it was at the time of the Pentium D and the Athlon 64 X2. The latter naturally gave the former soups with a noose, both for performance and value for money, and luckily, he got my attention in the end. He was also stubborn at NVIDIA, almost turning down an excellent offer we could find for the Radeon X1950XTX, a graphics card that was a real object of desire at the time.

It’s interesting to see that despite all the time that has passed Many of the myths that existed about setting up a personal computer at the time are still present, and not only have they not improved, they have deteriorated in some ways. If we get carried away, many of these myths will lead us to build a pc that may not really fit our needs, and in many cases we will lose money too. I’ll be the first to understand the seriousness of the matter and that’s why I wanted to share with you this guide where we discover five current myths to avoid when setting up a pc. 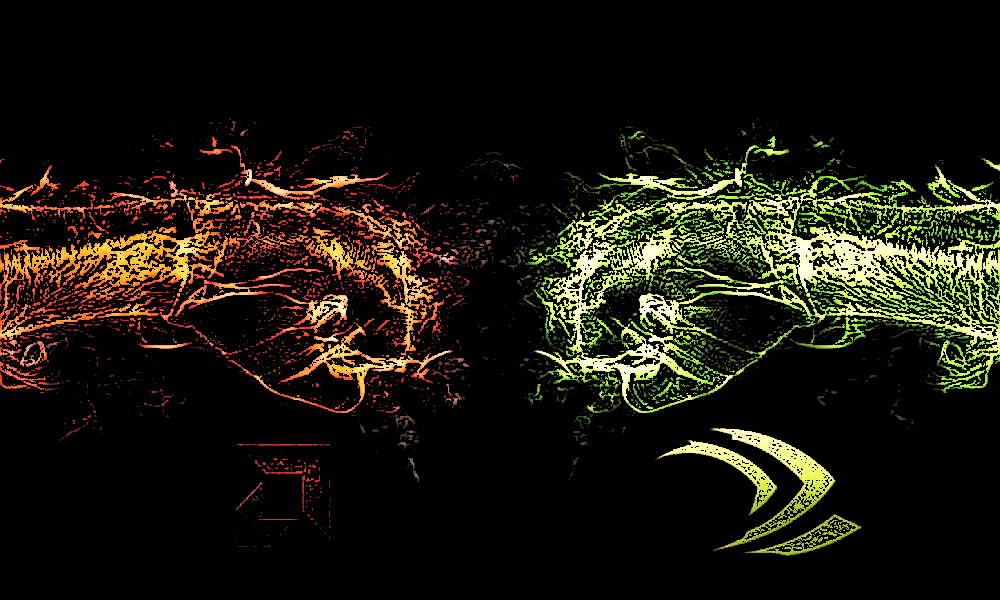 First myth in PC construction: NVDIA and Intel are always better than AMD

This myth already exists always”, In fact, I mentioned earlier that a few years ago he was about to make a huge mistake while assembling his new PC with a friend. He wasn’t the only one, in all the years I’ve been enjoying the world of computers I’ve met people who have taken this myth to a ridiculous level and defend one or the other company as if it were their favorite football team.

To think that you should mount a PC with an Intel CPU and NVIDIA GPU “yes or yes” because AMD is not up to the task is a very serious mistake and now more than ever there With Zen 3. Intel overtook in the CPU area, and has pretty competitive graphics solutions. In fairness it has to be said that Sunnyvale did not fully meet the expectations of the Radeon RX 6000 due to the lower ray tracing performance and the lack of a real competitor to keep up with NVIDIA’s DLSS technology (no matter who you are), but in the grid they are real beasts.

If we want to build a PC, we have to evaluate the offerings from AMD, NVIDIA and Intel at all times and choose accordingly. For example, Intel is currently offering more interesting value in the mid-range due to the drop in prices it took in response to Zen 3, but AMD has the best performing solutions and has also started tweaking prices to add value to its products . In my case, when I decided to mount my new PC, I chose a Ryzen 7 5800X because I needed high performance and a state-of-the-art platform, something that Intel couldn’t offer me at the time.

The conclusion you should draw from this point is simple, you shouldn’t build a PC on the classic stereotype that NVIDIA and Intel are always better than AMD because Makes no sense, and because it can lead you to it make a bad buy.

Second myth about setting up a PC: it’s better to always have a replacement

We find a myth that contains part of the truth, but the problem is that it has been distorted completely absurdly. When setting up a pc we need to be clear How do we want to benefit from it, what do we expect from the equipment and what is our budget?. These three points are essential to getting your component selection started on the right foot and getting the final assembly right.

In some cases it can be worthwhile to purchase a configuration that is a little higher than we had imagined, but without falling into unnecessary excesses. For example, if we were to assemble a PC to play games, 8GB of RAM would be enough, but 16 GB of RAM would be worth buying. It would also be worth installing a processor 6 cores and 12 threads instead of one with 4 cores and 8 threads, and the same could be applied to the graphics card if, for example, we switch from a lower mid-range model to a mid-range model.

All these “excesses” they would be profitable from the first moment, that is, since we started using the PC. However, if this is distorted and we assemble configurations that we may never take advantage of it or amortize it, it is when we have a problem and when that myth shows its worst face. To continue with the previous examples, these would be unnecessary excesses:

I think the idea was clear. It may well be left over, however Only when we make an investment that we know will pay off in the short term. It doesn’t make sense to assemble a component that we won’t be using for four or five years, because by then we might already be thinking about replacing the PC.

There was a time and certain moments when this myth made sense. I remember when the low-end components and the low-mid components were synonymous with terrible performanceso much so that buying it was practically like throwing money away. However, this reality has evolved until a situation is reached in which they no longer make sense.

There are still people who believe that it is impossible, for example, to assemble a low-mid-range PC that has good gaming performance, but that is not true. Right now we could mount a processor Ryzen 5 1600 AF, which costs 119 euros, Accompany it with 8GB of RAM and a low-mid-range graphics card like the GTX 1060 and RX 580 and play it all with no issues, and we could also balance this configuration a bit to improve graphics performance without wasting power. serious bottle.

If you are on a very tight budget and want to build a PC that will perform well, combining lower mid-range components with other mid-range components can be an excellent option. You don’t need a 300 or 400 Euro processor to postpone new generation games and doesn’t require you to mount a $ 800 graphics card to play in 1080p or 1440p conditions.

Forget this myth and Don’t underestimate the “power” of the lower mids, in it you will find many components with an excellent price-performance ratio. 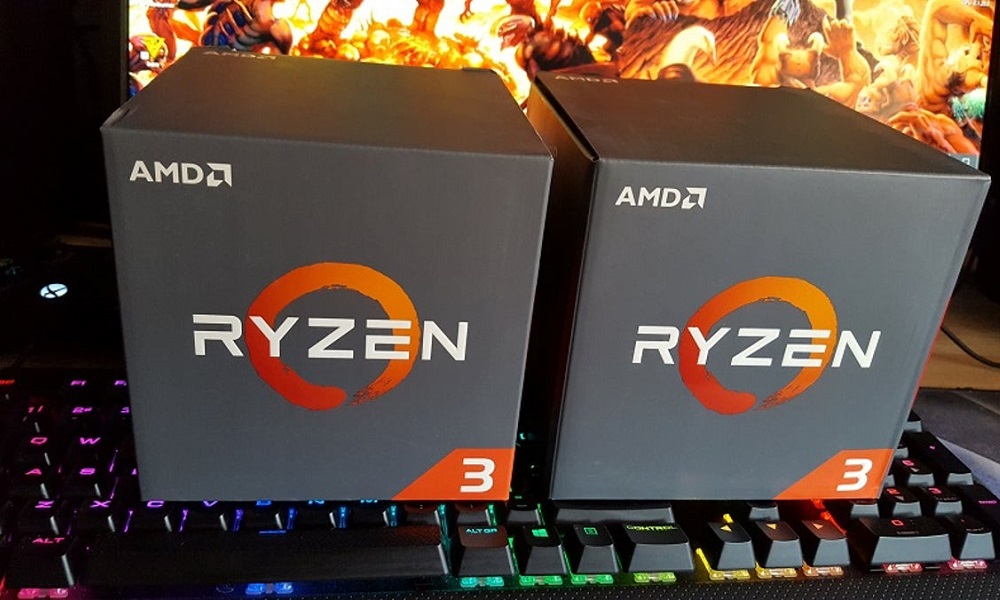 Myth 4 when building a PC: a more expensive configuration is always much better

In reality the opposite happens, there comes a point where the price-performance ratio of the components decreases significantly in the high-end range, and the difference between assembling a certain configuration and a much more expensive one can in many cases be very small or even almost non-existent in certain scenarios.

For example, there are people who believe that it is necessary to accompany a Ryzen 7 5800X with four modules of 4,000 MHz DDR4 RAM, and there are also people who believe that the price difference between the RTX 3080 and the RTX 3090 is justified or between the Radeon RX 6800 XT and the RX 6900 XT. Nothing is further from the truth in any of these examples We’re going to be paying a lot more money for a minimal increase in performance.

Continuing the previous example, it is correct that the Ryzen 5000 scales with the speed of the RAM memory and that occupying four slots also has a positive effect on performance, but as we have seen in this article, the difference is minimal. A Ryzen 9 5900X with 3,200 MHz DDR4 and CL15 latencies is only 5% slower than the same chip with 4,000 MHz DDR4 and CL19 latencies. A kit with 16 GB DDR4 at 4,000 MHz with these latencies can cost us between 180 and 200 euros, while a kit with this capacity at 3,200 MHz costs less than 100 euros. Is it worth paying almost 100 euros more for 5% more performance? Obviously not.

As far as the graphics card example is concerned, only buying an RTX 3090 or RX 6900 XT makes sense if we want to play in 4Kbecause both have a huge bottleneck at lower resolutions due to the low CPU usage and the expected low graphics load, and the performance difference they mark over lower models is minimal when they move in 1080p and 1440p.

This myth is related to all of the ones we’ve seen before, and it’s one of the most harmful ones out there invites the user to spend more money with the idea that your devices will withstand better time and have a longer lifespan.

It is true that more powerful components are used in assembling a high-end PC than a mid-range PC, but as I said earlier, its real performance It depends on how we use them. According to the previous examples, there is no point in assembling a CPU with more than 8 cores and 16 threads just for gaming, and the same goes for other components.

The fact that by assembling a high-end PC, however, we can enjoy higher performance strictly speaking, it does not mean that you will age better. For example, consider how much the Pentium D Extreme, GTX 780 and GTX 780 Ti, and Radeon HD 6950 and HD 6970 have aged even though they are all high-end components.

We can also transfer this example to more up-to-date components, such as Ryzen 7 1800X, a processor that is still capable of excellent performance in multi-threaded applications, but that is not used in certain applications, such as B. Gaming, has aged worse than other lower processors that were much cheaper. This processor has aged no better than that Ryzen 7 1700.

What will really determine how a pc ages? it won’t just be your gross output, but also the support of new, short and medium-term decisive technologies, the balance of its components and the various synergies that they create with each other. It is precisely for this reason that it is important to drive a well-balanced PC.