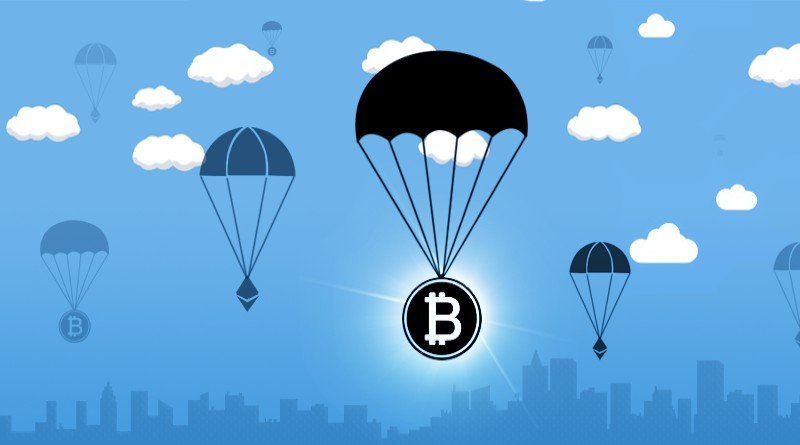 An airdrop is a gift in the form of cryptocurrencies in return for registration on certain platforms, exchanges, etc.

In addition to creating an enormous variety, this creates also creates great competition among groups starting their cryptocurrencies. What would make a person choose one cryptocurrency over another if both have just come out, their project is still in its infancy, and the price is ridiculous? Air drops are a good solution to this question.

An airdrop is basically a publicity stunt that a group that has just launched a cryptocurrency is trying to seduce potential users. It is neither more nor less free cryptocurrencies.

Free in the strict sense of the word, as a drop of air implies that users who receive it are not paying any money for cryptocurrencies. Still, the beneficiaries of an air drop usually have to do something: use a service, register on a platform, etc.

For example, Uniswap has been one of the most famous air drops in recent months. Uniswap is a decentralized exchange that I’ll talk about in the next video that can be used by linking a digital wallet. People who connected a wallet to Uniswap and used the service in the past year received 400 UNIs. Currency that is rising inexorably and that we discussed in the video about the most promising cryptocurrencies.

UNI quickly hit $ 4, and many users thought that after reaching a certain price everyone would sell and the price would go down. This resulted in many selling … but the price didn’t come down.

As the UNI went up and down, the PS5 meme was born on the internet forums, and users who kept their UNIs asked those who had sold if they would enjoy their $ 4,000 PlayStation 5, as many when their 400 UNI was equivalent in value to the game console that had just been launched.

Not all air drops follow the pattern of the gift that Uniswap has given its users, and many will not exceed a few cents in value. In fact, you have to be careful as some are just a scam. In the summer of 2020, John McAfee, the inventor of the antivirus of the same name, is said to have launched a cryptocurrency called GHOST and started it with a drop of air.

To be the recipient of the gift, all you had to do was buy a crypto named ESH and link a portfolio with this crypto to a specific exchange. The server that wrote these lines never received its drop of air and received a nice bag of ESH with no value.

But if we do it carefully and don’t jeopardize our finances, the moral is clear: if we can get a drop of air, it’s always better to have it than not.