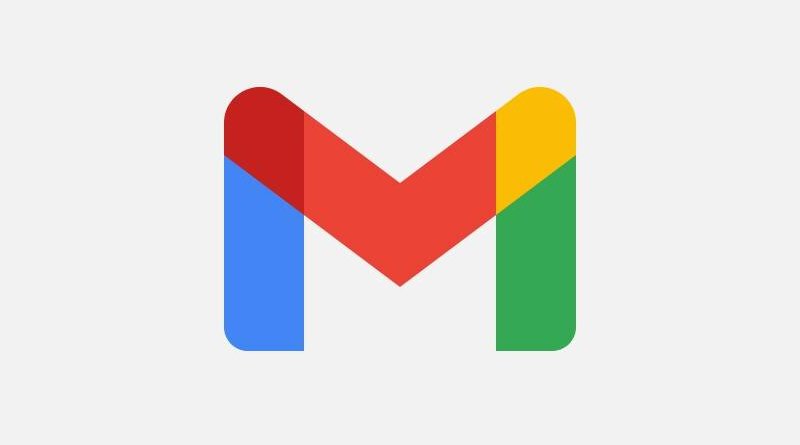 Gmail has a new notice or alert that can be used to explicitly inform users that they are away and will not be disturbed by the chat. This allows them to be calm if they just want to come in to see their email and not chat with anyone on Google Chat.

Gmail already had an option that shows a user’s status or activity status in chat. However, this automatic function was activated when Google detected activity or not. However, with this new tool, users have to set the “Away” status themselves. In this way, the system will show the user as offline for the rest of their contacts. Whether you are active or not, so you can focus on what you are doing without interruption.

The activation of this activity control is done in Google Chrome in the upper part above the tabs that classify the inboxes of the different users. When the option is displayed, not only does it show the “Away” status, but it also maintains two other statuses: “Automatic”, which allows Google to display its status based on activity on the platform, and a third option It is ” Do Not Disturb “which also mutes notifications. 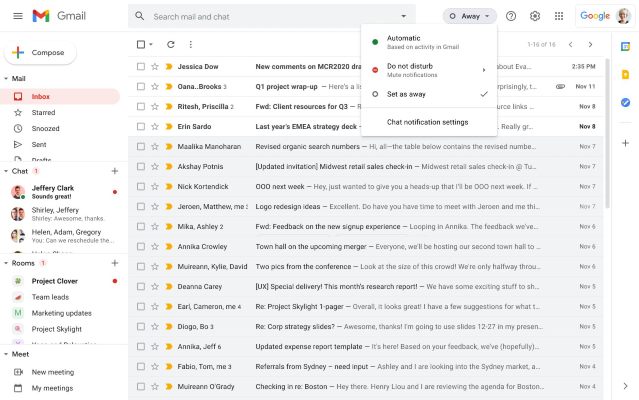 If you activate the function in the mobile version, it will be displayed after pressing the three horizontal lines in the upper left part of the screen – currently only for iOS – and when the tab is displayed the option will be displayed above the button of «Received», as can be seen below: 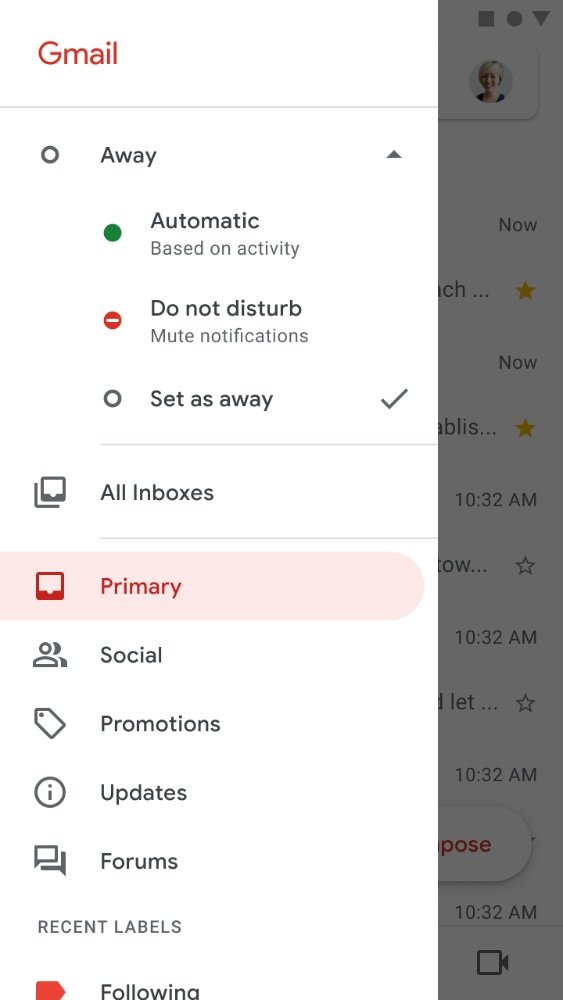 According to Google, it has already started enabling the new functionality for users, albeit gradually, and it is expected that everyone will have it within 15 days. The function will initially be implemented for the web version and for the app on iOS. For Gmail users on Android, the update process will take place at a different time, but the update time has not yet been confirmed.

Why does water wrinkle the skin?