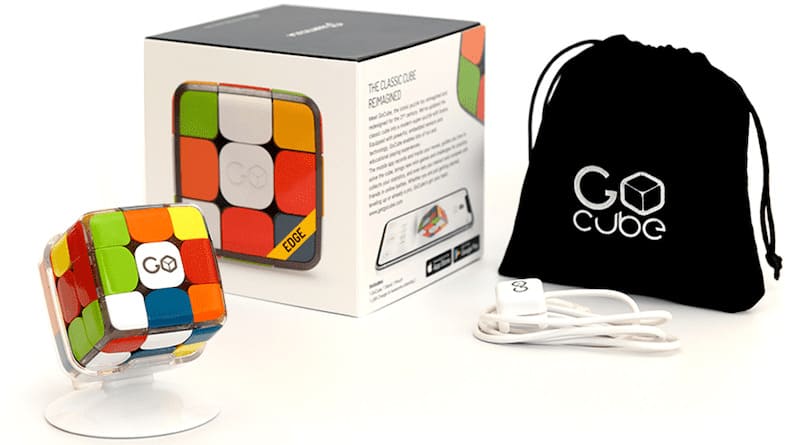 GoCube is designed to save those who still have the patience to learn how to solve it or who lack the necessary expertise.a normal Rubik’s cube in appearance and current, but there is a bluetooth connection inside. In this case, the wireless technology is available to anyone who needs additional help solving the cube.

GoCube communicates with its own application (available for iOS and Android phones) which offers tutorials that provide step-by-step instructions on how to solve the cube based on the starting position of the Rubik’s faces. Therefore, GoCube has a number of sensors. The battery inside, which can be recharged via the USB port, is autonomous for a week.

The box, which is available for $ 69.95, comes with a stand that doubles as a charging station and display stand in addition to the cube, charging cable, and a pouch to store and protect the GoCube.

Communication is established between the sensors and the app, which can facilitate a learning process. Different levels of difficulty can be selected and complete statistics of the user’s progress and development can be recorded. In this way, a skill can be achieved that makes it possible to solve the cube, do it without the help of the app, and do it faster and faster over time.

As a novelty and for those who are with someone who has a different GoCube, there is an option to activate a Competition mode to see who can finish it in less time.