Broadcasting, sharing, and communicating over a podcast has become popular in blogging both recently and in its time, although here you need more than a keyboard to type in, something that is essential for voice capture: the microphone .

It’s still a microphone to start podcasting, or at least practice, and gain confidence, skill, and experience. It can be a useful resource, but the sound quality obtained may be too poor if you are looking to create one of the best podcasts out there. It is therefore practical not only to use the almost unlimited range of microphones, but also to use the existing microphone types. Once you know them, and the requirements of the podcast you are trying to create, it will be a little easier to choose the appropriate microphone along with the rest of the technical materials required. Today we will focus on the microphones that can be used:

Types of microphones that exist

First, a distinction must be made between two main types of microphones: condenser and dynamic.

-Condenser microphone: uses the more traditional technique of using two plates, one fixed and one movable (called a membrane), separated by an insulating material. This highly sensitive membrane vibrates depending on the pressure exerted on it by the air moved by the sound transmission, converting it into an electrical signal that is ultimately recorded. It requires electrical power (commonly known as phantom power) and while some have variable directivity (more on that below), they’re usually omnidirectional. Synonymous with dynamic, it offers greater sensitivity (which, as will be seen later, is not always an advantage). There are very affordable options on the market that are sold in a pack along with a bracket with articulated arms and an anti-pop screen such as Wriol, Presonus PX-1 or one of the references in the industry, the Rode NT-USB. 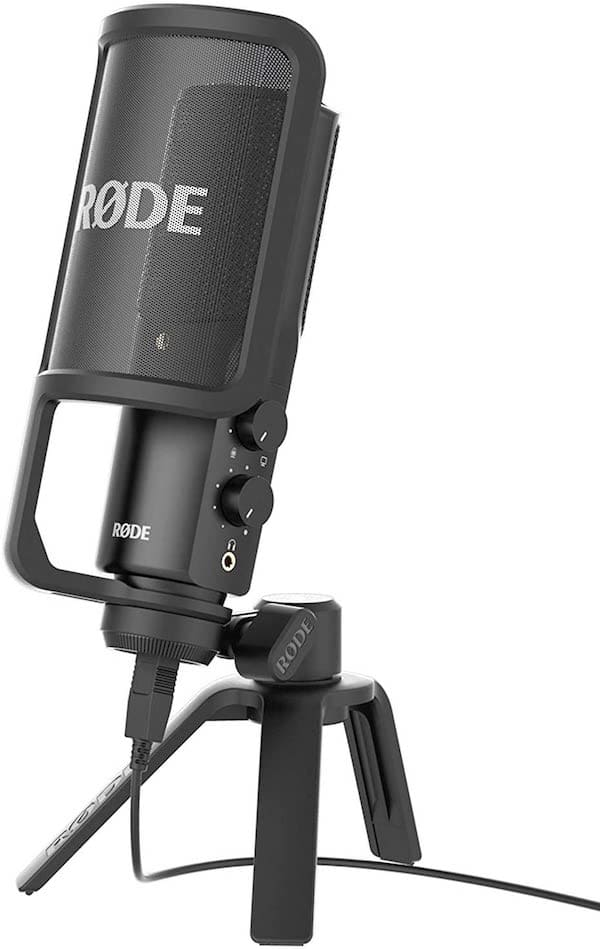 -Dynamic microphone: It has an internal magnet that creates a small magnetic field that acts on multiple layers in a coil. When it vibrates in response to sound pressure, it creates a proportional electrical current that is converted into the recorded sound.

Usually they do not require an additional power supply, they are usually robust and resilient. While there are also omnidirectional ones, they are usually directional or kidney-shaped and have lower sensitivity compared to capacitors (which, as will be seen later, can be an advantage). In this section you will find an input microphone like the Tonor, a reference microphone like the AKG P5-S or the Samson Q2U, one of the most sought-after ones.

According to the direction from which the sound is being recorded

There are two main types of direction from which the sound is recorded:

-Omnidirectional: It captures the sound from all directions around the microphone in a radius of 360 °. In the case of a podcast, it is therefore very suitable if several loudspeakers participate in the microphone, e.g. B. at a table. It is enough to place the microphone in the center and adjust the sound level, although yes, everyone should speak at a similar volume.

Its high sensitivity has two faces: it can allow a single microphone in the middle or in front of a group of people to pick up all of their voices, but in very noisy environments or when adequate sound isolation is not available, although they are capable of many To capture and capture interesting nuances of the voice, they are not highly recommended for their ability to capture even the smallest of noises made even at a considerable distance. One of the most popular is the Blue Yeti Nano, which is more compact than its predecessor and can be connected via USB. It has a selector switch for selecting an omnidirectional pattern or a cardioid pattern, a connection for headphones and a volume control.

-Cardioid polar pattern (directional): Behind this intricate name hides a very detailed (if somewhat technical) description of how it works, which consists of picking up the sound from a very specific point directly in front of the microphone. This is usually common with dynamic microphones (it has already been pointed out that they are less sensitive), as this is how the sound emission point is concentrated. This is also referred to by the term polar (in the sense of the longitudinal axis) and kidney, as the graphical representation of the sound pick-up area is similar to the traditional silhouette of a heart, with the vertex pointing directly in front of the microphone.

The big advantage of this type of pattern is that the recording can be focused on the speaker, which minimizes the pick-up of ambient noise. Therefore, they are particularly recommended for recording the voice of a single speaker with the microphone always in front of it. For a podcast with multiple speakers, it is advisable that each have their own dynamic cardioid microphone. They are the most versatile and economical. One option can be the Audio-Technica ATR-2100X, which has an XLR and a USB-C connection as well as a headphone jack that can be used to monitor the recording and control the volume.

Both condenser and dynamic microphones are typically used in “handheld” formats, or placed on stands (microphone stands, telescopic, or articulated supports) or used directly by hand holding, although the latter is preferable because (especially these) of the condenser) The slightest movement, friction or gesture of the hand on the microphone is registered as a disturbing noise. However, there is a third type of microphone that, while usually common on TV or YouTube, can be useful or interesting when podcasting:

– Clip-on microphones, also called lavaliers: This name comes from the Duchess de la Valliere, a lover of King Louis XIV of France, who in the s. XVII popularized a necklace with a jewel hanging on it, and it is so that these types of microphones are essentially consists of a long cable with the connector on one end and a tiny microphone on the other, usually almost near the neck.Always on the lapel (hence the more common name) thanks to an accessory in the form of a clip attached to it .

They’re usually omnidirectional condenser microphones, and they have some interesting advantages: their small size makes them very easy to transport, and because they are so little bulky, they can make it easier (if placed correctly) to talk to those who use them natural as they might forget he’s wearing it. For a single user, the simplest option is a single microphone with a standard 3.5mm plug. However, there are also some devices that allow two lavalier microphones to be connected to a module that captures two speakers. 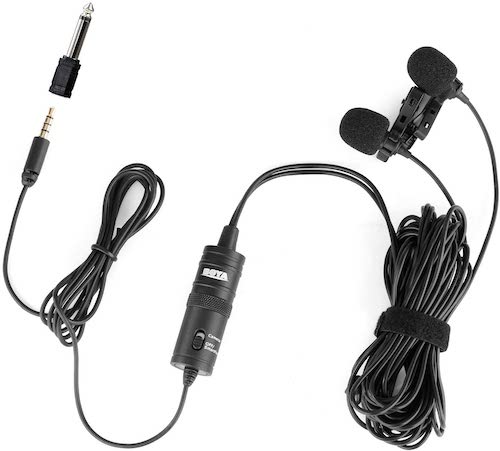 Types of connections on the microphones

When it comes to connections, it all depends on where you want the microphone (or microphones) to be connected. Many can be connected directly to a mobile phone, tablet or computer, but care must be taken with the connection of each device and microphone. Some microphones have two different connectors, others have cables or adapters, and in some cases the use of mixers is almost mandatory.

-3.5 mm headphone / microphone jack: The old pen disappeared from the iPhone years ago in an initiative that others have since followed. With smartphones, it has always been a universal standard that has made it easier to use all headphones (including those with a built-in microphone). If the smartphone or tablet you want to record with is missing this socket, the solution is usually through an adapter (to Lightning for Apple phones, to Micro-USB or USB-C for Android devices).

-USB 2.0: It’s usually found in microphones designed to be connected directly to a laptop. However, with the appropriate adapter, it can also be used with mobile devices.

-USB-C: The latest standard that already has a growing catalog of compatible devices and can be a headache when the microphone you’re looking to buy uses it but not the smartphone or tablet that is supposed to be used for recording … or and vice versa.

-XLR or Canon: Professional, sturdy and very resistant connector, which is why a mixer table or audio interface is required to connect the microphone. However, there are also adapters and cables that make it easier to use with other devices. 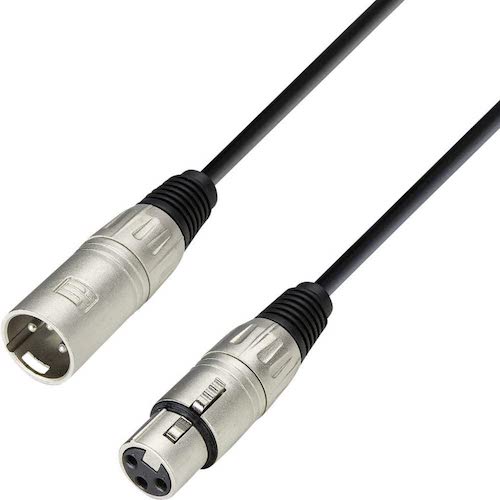