HDMI and DisplayPort are the most popular interfaces for Connect screens to PCs and transport video and audio content. Although there are others, it is mainly used in PCs to connect components such as the graphics card to a computer monitor.

HDMI or DisplayPort are the reference interfaces for new or recently launched devices. But they are not the only ones. Others like to be used VGA (Video graphics array), an older and less advanced analog interface that is kept on a low-level graphics chip to power older monitors (especially in the corporate market) or embedded segments, or DVI (Digital visual interface), which was created to improve the display quality on digital screens and offers high quality video but cannot transmit audio.

Another alternative that can be used has recently been added: USB Type C.. It's not a dedicated display interface like the previous ones, but it's the most versatile on the market because it provides power, data, internet, and audio and video transmission with a single thin and reversible cable. It supports protocols like Intel's Thunderbolt and also the main interfaces we will be checking, HDMI and DisplayPort. It is not yet widely used, but it will be a port that will need to be considered in the future if the installed base of USB Type C is expanded.

High definition multimedia interface It is a video standard proposed by the industry to replace the old scart. Allows the use of HD, encrypted and uncompressed video and uncompressed multi-channel audio on a single cable. Further advantages of HDMI are the functions as HDMI-CEC (HDMI Consumer Electronics Control), with which you can control numerous devices with a remote control. The focus is clear and beyond PC use, it is the interface of choice for multimedia devices connected to large screens like TVs.

The standard HDMI connector is Type A and has 19 pins. Type B with 29 pins enables the transmission of an extended video channel for high-resolution screens. They are available in full size (Type A), Mini-HDMI (Type B) and Micro-HDMI (Type C). A clear point in his favor It is its massive extension as you can find it on any device type.

Among its disadvantagesIt should be noted that the connector is less rigid than previous display standards (e.g. VGA) and that they are lighter in the event of accidental disconnection and therefore physical or electrical errors. Another point of criticism is the inclusion of a digital content protection (HDCP) as a manager for "digital restrictions" that prevents copying of the content transmitted by the user. 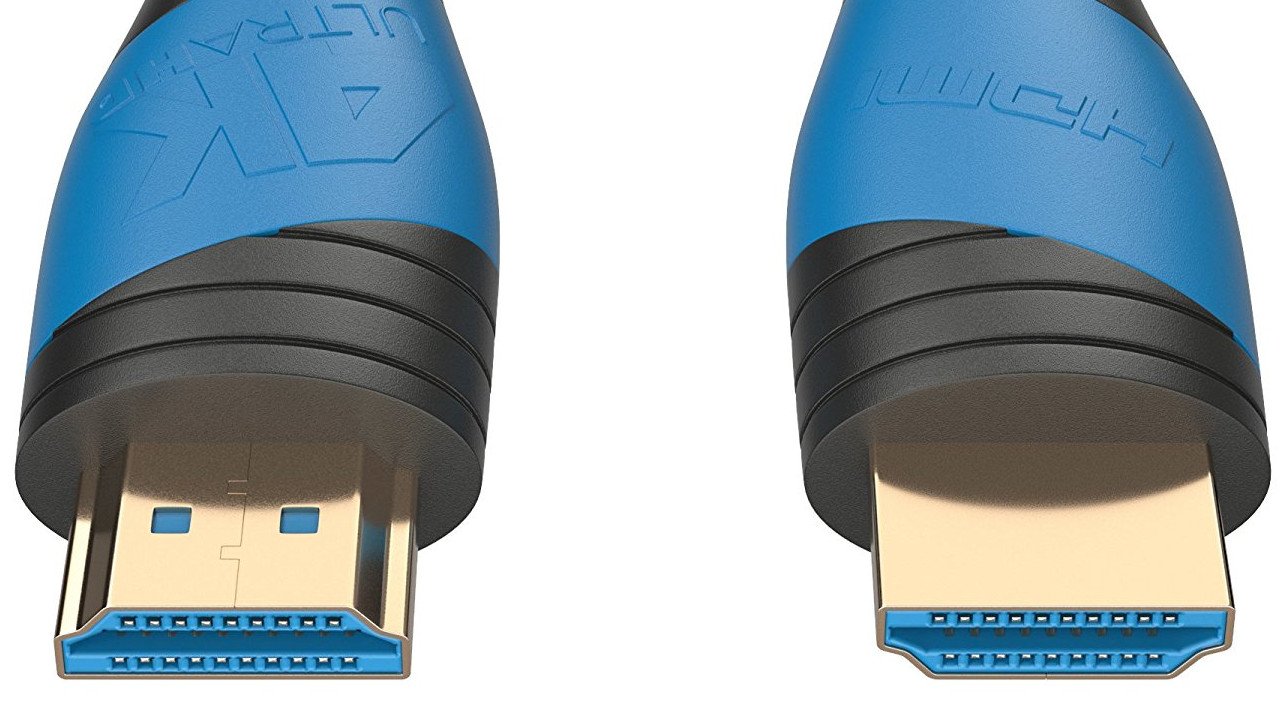 HDMI has been redesigned several times since its launch in 2002. The currently most widely used version is 1.4 and the most advanced version 2.0, a version that has corrected the bandwidth restrictions of previous versions up to 18 Gbit / s to 60 FPS. in 4K and 144 Hz in 1080p. HDMI 2 also offers important advantages in other sections, support for high dynamic range (HDR) and support for color depths of up to 10 and 12 bit. This version has maintained compatibility at the cabling level and the previous ones can be used to get their benefits.

In the future there will be a new version of HDMI 2.1, which will play an important role in the standard due to the impressive increase in maximum bandwidth to 48 GB / s. This enables access to resolutions 8K and 10K at 60 Hz and 120 Hz in 4K. With HDMI 2.1, dynamic HDR is available for all resolutions and has additional functions such as variable refresh rate, improved audio return (eARC) and support for Dolby Atmos and DTS: X. Don't look for it as it is not yet on the market. The first compatible products are expected this year.

Aside from the USB Type-C mentioned above and its enormous versatility, DisplayPort was the last major standard for display interfaces to hit the market. It was proposed by the VESA organization in 2008 and was specially developed for the transmission of content (video, audio and data). between a PC and a monitor or several.

The connector has 20 pins (32 in internal connectors for laptops) and a small mechanism to ensure that it fits into devices. As with HDMI, you can find full size or reduced size connectors (with the same benefits) Mini DisplayPort (MiniDP or mDP). The most common version is 1.2 with a bandwidth of 17.2 Gbit / s to support 4K resolutions with a refresh rate of 60 Hz. 1.3 and 1.4, are increasingly available in more products and have a bandwidth of up to 32.4 Gbit / s. This opens the doors to 8K resolutions for 7,680 x 4,320 pixels. The supported audio signal supports a maximum of 8 channels without compression, 192 kHz, 24 bit. Optionally, digital restrictions (DPCP) with 128-bit AES encryption are also supported. Since version 1.1, content protection has been supported using the most widely used HDCP standard.

HDMI or DisplayPort use cases

As the movement is demonstrated while walking, we will examine some use cases where we need to consider the benefits of one or the other. As long as we have the option of using both, of course because There are cases where we limit ourselves to a specific one because the monitor or graphics chip itself doesn't support them.

We shouldn't have any problems on a typical new generation desktop PC. Mid-range graphics cards currently offer both HDMI and DisplayPort connections. For the rest of the applications, the industry offers a large number of adapters to make old and new interfaces compatible. For most applications, we lose some of its benefits along the way.

– – Games. Until the introduction of HDMI Version 2, there was no doubt that DisplayPort was the interface of choice for a PC player. Currently, the playing field has been balanced and HDMI offers the same performance up to FHD resolutions. The situation varies from there. And there are special use cases that we will see next.

– – G-Sync and FreeSync. If you're using an NVIDIA graphics card and a monitor that supports G-Sync image synchronization technology, you have no option other than DisplayPort, as the green giant doesn't support HDMI in this type of configuration. For AMD graphics cards and monitors with FreeSync – almost the same. DisplayPort is recommended, although in this case AMD also supports FreeSync under HDMI from version 2x.

– – General computer and professional use. HDMI 2 offers improved support in areas such as color depth. However, DisplayPort still offers a higher bandwidth and in all areas, especially for professional editing or similar purposes. For general computer applications, HDMI 2 corresponds.

– – Multiscreen systems. There's no doubt about it, and DisplayPort marks distances ahead of everyone else, as one of its advantages is that technology can stream video content across multiple screens. Multi-stream transport (MST). The port is "divisible" by hubs and the displays can be chained. It's a section that doesn't have an HDMI (and won't have a concept either). 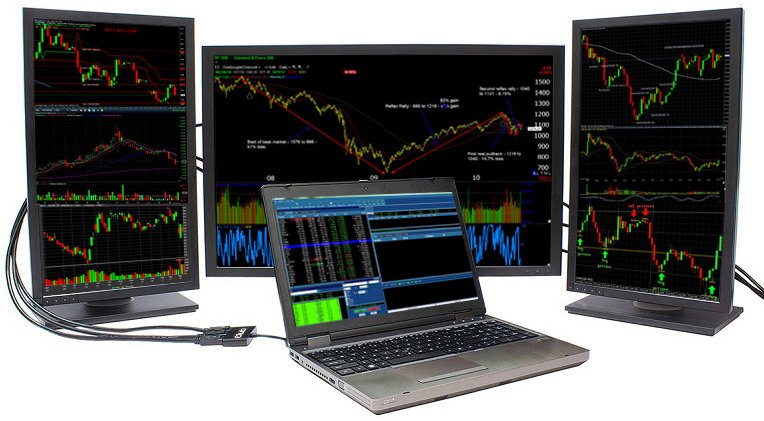 – – Resolution greater than 4K. There are still not too many monitors with a resolution of more than 4K and their own prices. In addition to your own, moving that much pixel is beyond the reach of the consumer market. If you're lucky enough to have devices and a screen for these resolutions, DisplayPort is the right choice in this scenario. This is mandatory for 8K resolutions as HDMI does not support this. In addition to a variety of devices, you need two DisplayPort 1.4 connections to achieve 60 Hz.

– – Lounge PC – home theater. HDMI is present in 100% of current TV sets and is therefore the interface of choice when a living room PC is used as a streamer, games or media / storage server. HDMI 1.4 or higher supports audio playback (essential for connection to A / V amplifier) ​​and the CEC function (Control of consumer electronics), which allows multiple devices to be controlled with a single remote control. Given the large HDMI performance on the big screen, DisplayPort is practically nonexistent, and the use of USB Type C is also not widespread.

– – From laptop to television. The same applies to this type of use. HDMI is the majority of choice when we want to deliver content over cable. We expect USB Type C to be available for TV in the future due to the large number of laptops that are already using it.

– – From laptop to monitor. Many of us use our laptop on the go and at the desk. When you arrive in the office (or at home) we connect a monitor as a secondary screen to increase productivity. Here we have more connection options. If you have DisplayPort on the laptop and on the monitor, this is the best choice, while HDMI has the advantage of being significantly expanded when you need to connect other devices like projectors. USB Type-C monitors for this type of use are spreading rapidly, especially in companies.

– – Audio. There are fewer differences in the sound area than in the video area, and both interfaces largely support up to eight audio channels at 24 bit and 192 kHz. The main difference is the audio playback supported by HDMI.

– – cabling. The display connector supports fiber optic cables as an alternative to copper and thus enables a greater range, although the standard provides for maximum lengths. In particular up to 3 meters with full bandwidth at 8K / 4K, while at 1080p the distance can be extended up to 15 meters. Left in both cases. The standard does not specify a maximum length for HDMI. A lot is written about HDMI cabling and the expensive price of some. Don't mess with yourself. With usual lengths of up to 2-3 meters, there is no loss of quality. At higher distances yes and there are signal amplifiers to compensate for them.

As a final summary. Until HDMI 2.1 is available, DisplayPort is the preferred interface (whenever possible) when working on PCs with monitors. When we connect other types of screens like TVs, HDMI is the majority option. Be careful with the versions of each of them because not all offer the same functions and it is almost more important to differentiate between versions than between HDMI or DisplayPort.