HDR (High dynamic range) This technology is becoming increasingly important in our electronic devices, and you will find that it is advertised both in products that they can re-create, such as: B. photo or video cameras, as well as in products in which content is displayed, z. B. Screens. You will know it as high dynamic range, translated into English by its acronym, with the aim of obtaining images (still or in motion). as close as possible to the real world.

The human eye is the foundation of our sense of sight and essentially converts the light energy it receives into electrical signals that it sends to the brain. Like other organs of our blessed nature, its functioning is fantastic because, as far as we are concerned in this article, it is able to adapt to any lighting condition to provide the full dynamic range while maintaining colors and contrast. There is no machine with such advanced capabilities, but there are techniques that try to get closer to that reality. That is exactly the goal we are concerned with.

This technology is nothing new as attempts at high dynamic range photography using multiple exposures have been known since 1850, the only thing the geniuses of the time were able to use due to its enormous technical limitations. As early as the 1930s and 40s, they were improved with the same original idea of ​​multiple layers of exposed film to create a single final image that reflected the changes in light perceptible to the human eye.

The era of computer graphics that began in the 1980s was a before and after while the increased processing capacity today’s computers have enabled them to reach their potential. Medical research into how the human eye works and new techniques such as sound imaging have done the rest to produce true-to-life digital images.

The goal is the annotated. Achieve images that are as authentic as possible. To do this, HDR devices use wider gamuts of color, lighter areas of light, and darker blacks for shadows. All of this, along with more balanced contrast ratios, makes images look more realistic and accurate, closer to what the human eye would see in the real world. 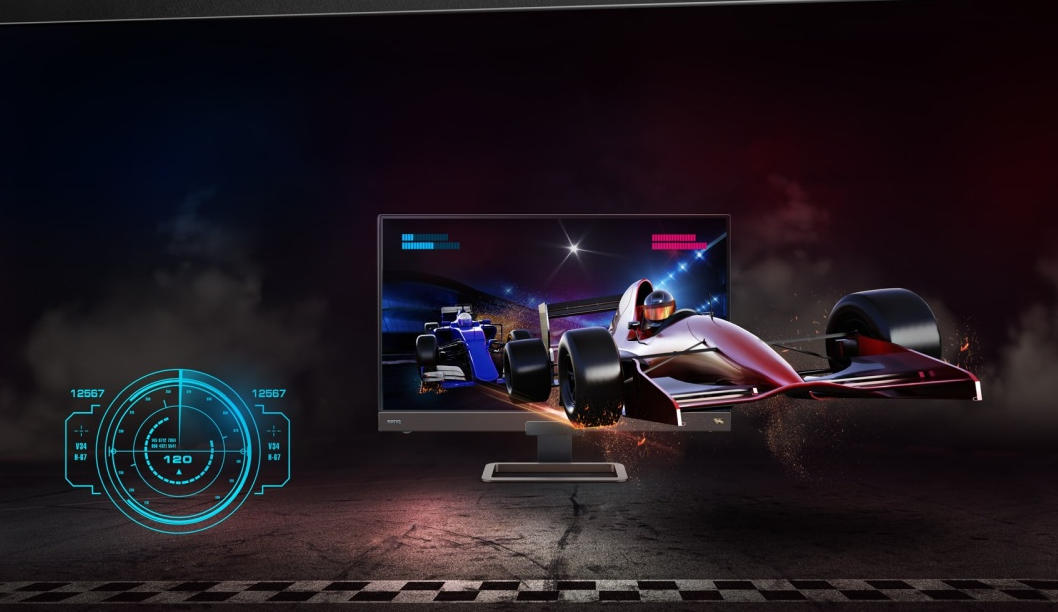 There are three main formats when it comes to screens: HDR10, HDR + and Dolby Vision. These media profiles apply Both the way the content is recorded or rendered and the ability to display it on the screens that support it and that are the protagonists of this article. Although they all aim at the same thing, show more realistic images, have different requirements, specifications and properties, and their results are very different.

The main criteria that define the various profiles are related to the image quality. The table below is simple, but it puts us in a comparative situation for each of these criteria that we will review.

Bit depth. In general, computer monitors, laptop screens, televisions, and other devices, including smartphones, use 8-bit color. This enables them to display 16.7 million colors. HDR displays increase the depth to 10 or 12 bits, so that 1,070 or 68,700 million colors can be displayed. In order for a display to qualify as HDR10 and HDR10 +, it must display 10-bit color depth, while Dolby Vision supports 12-bit. We don’t know of any consumer display with 12 bits, i.e. the 10 bits

Maximum brightness. This is the minimum maximum luminance that a screen with HDR can achieve. In order for screens to display images with dynamic range, they need higher brightness levels than normal screens (SDRs) (low dynamic range). The maximum brightness is measured in cd / m² and must be at least 400 cd / m² for HDR. Everything you see below forget about it, it won’t be able to provide high dynamic range images.

Maximum black brightness. In order to get closer to reality, in addition to a high luminance peak for light areas of the image, they must also be able to display dark areas with very dark black. This is where this parameter comes into play. Typical values ​​for this attribute are less than 0.4 cd / m², but no HDR protocols are required. However, the DisplayHDR standard proposed by VESA, which we will talk about later, has certain values ​​and takes into account that it takes into account any screen that can display blacks with a brightness of less than 0.0005 cd / m² Real black.

Tone mapping. Content created with HDR, such as movies or games, has much higher brightness values ​​than a consumer screen. Some sequences in a movie easily exceed 1,000 cd / m², but then how do you deal with that on a lower-level screen? Here is another of the techniques currently in use, sound mapping, which uses algorithms to reduce the brightness of the content being filmed to the maximum that the screen can display. In this scenario, values ​​such as contrast suffer, even though the screens continue to display more and better detail than the SDRs.

Metadata. The content created with HDR stores information in metadata. The devices use them in their reproduction to correctly decode the content. The problem is that not all formats use the same type of metadata. HDR10 uses static metadata. This means that the settings for displaying content are the same from start to finish. HDR10 + and Dolby Vision use dynamic metadata. This means that the displayed images can be adjusted on the fly, using different brightness ranges in different scenes or even for each image of a video.

HLG. Hybrid Log Gamma and represents an HDR standard that allows content distributors and television companies to offer TV content in both SDR and HDR with a single broadcast. When this broadcast reaches the TV or monitor, the content will be displayed on one of them depending on the support of the screen.

It is the standard proposed by the International Association of Electronics Manufacturers VESA to handle the HDR in screens. It’s related to the formats we saw before, but they are different and what VESA does is certify a minimum level of performance This ensures the quality of the delivery of content with a high dynamic range and distinguishes it from the typical SDR (Standard Dynamic Range).

The association includes all major manufacturers of screens, PCs, related components such as graphics chips or operating systems such as Microsoft. This is a good reference when buying equipment and protects users from misleading advertisements that are not lacking in technological marketing. The association has defined the DisplayHDR certifications by level and the following picture shows their main characteristics. 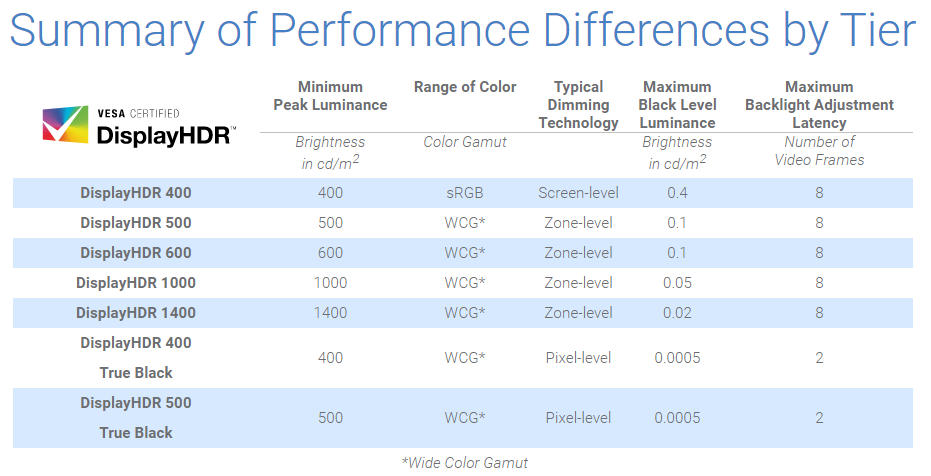 It is the bare minimum to achieve dynamic range certification and conforms to the HDR10 format as it requires 400 nits of brightness. Anything below this luminance level is not HDR. As far as the color gamut requires the red-green-blue standard (sRGB) with a black light intensity of only 0.4 cd / m2. This is the entry point to monitors and the most commonly used in laptop screens.

The next level requires at least 600 nits of brightness. In addition, the luminance of the black levels is reduced to just 0.1 cd / m2, which is particularly noticeable in the contrast. It includes a wider color gamut (WCG) that expands the color gamut with backlighting and using local dimming zones to split the monitor’s backlight and illuminate it differently depending on the image displayed on the screen.

For those looking for the most realistic and spectacular images, it improves the brightness of the previous up to 1000 nits and the luminance of the black levels to just 0.05 cd / m2. Like the previous one, it includes areas of local obscuration, but with many more areas of variable brightness.

The above are the most important and recognizable levels of the standard, but there are other intermediate levels between them and those that add true blacks. More recently, other levels such as DisplayHDR 1400 have been suggested as the rest of the line with more brightness and less luminance at black levels. 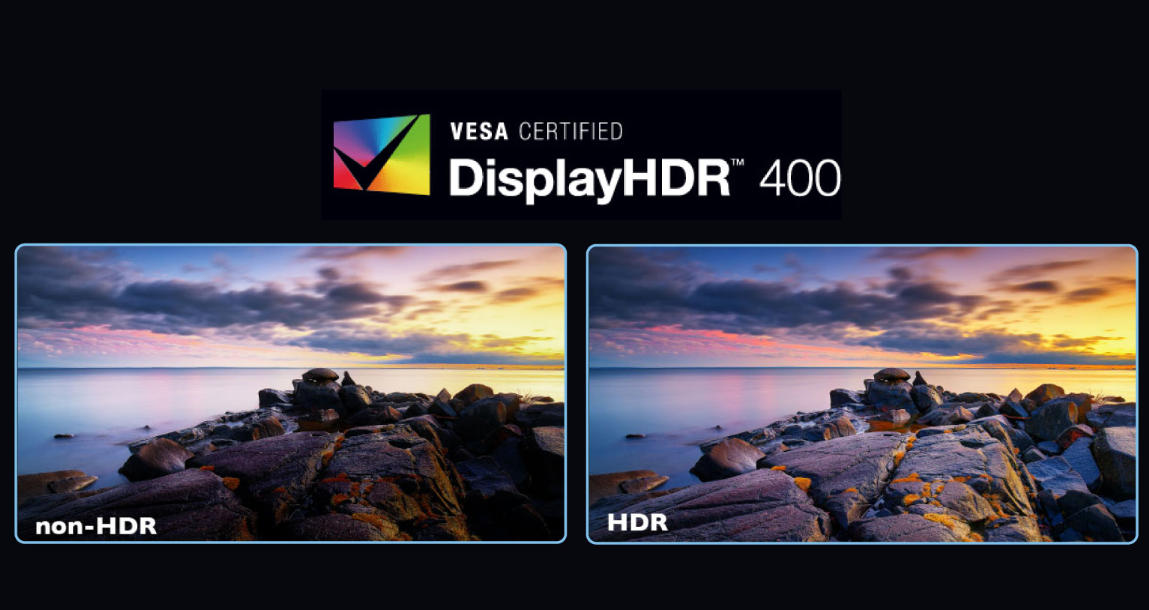 The operating system that runs the computer desktop provides support for high dynamic range content. In the latest versions of the system this is shown as defined Windows HD color. The goal is the annotated. Supports improved brightness and color features compared to traditional standard dynamic ranges or SDR content.

It has to be said that Windows 10 really only supports the HDR10 format and there is still a long way to go, but Microsoft is in on it, which we will see later. The system can display high dynamic range content in photos, videos and games, provided the hardware (graphics card) and monitor allow it.

Activation is very easy via the configuration tool> Display> Windows HD Color and includes HDR support, enables video streaming of this content and the use of WCG applications. 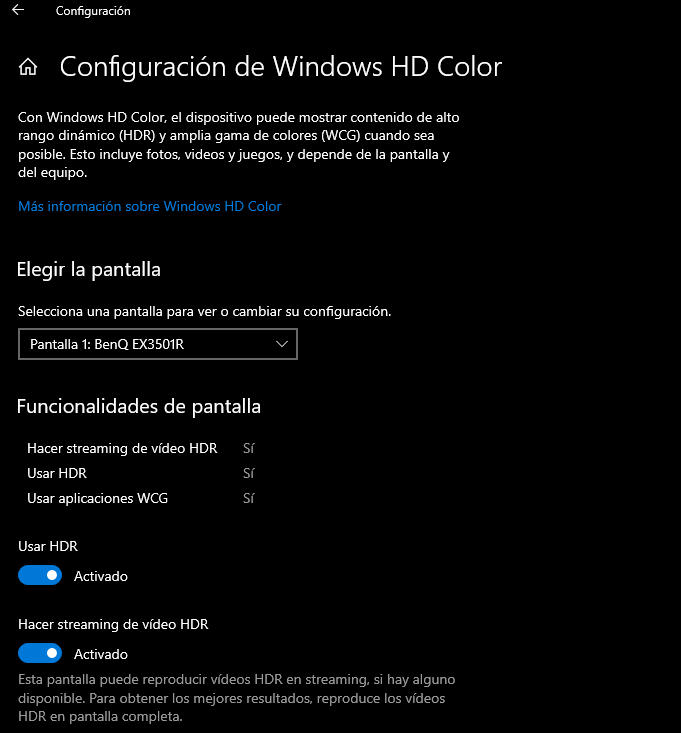 It is certainly the most interesting one for a consumer and last month we had news in the latest Insider Trial, which is equivalent to the fall version of Windows 10 21H2, and it deals with auto HDR support in games.

This implementation of Auto HDR is broadly the same as the Xbox series, and as in it, it is possible to enjoy that content in games even though they weren’t designed Rely on this technology as long as it is based on Direct X 11 or Direct X 12.

It’s not true HDR, but it is an approach, and Microsoft is promising more colorful and vivid PC games. Older titles that were not developed for a high dynamic range will also receive this upgrade. Up to 1,000 that could be compatible.

We hope this approach to technology that is gaining a foothold in our electronic devices will be useful to you and that you will see massively promoted (not always as real as it promises). The human eye is inaccessible, but it is the closest to the real world that we can get in digital images.

The telescope to be installed on the moon