Google Maps is one of the most widely used tools in the world for orientation and following the path that leads to the desired destination. In the last few months, Google Maps has grown into a full social network where, for example, profiles or feeds can be added for updates for users.

It is a very complete platform, but it does not always contain a hidden path or road that has just been integrated into the urban fabric. Fortunately, Google has a mechanism for users to do this Add these paths.

Of course, this has to be done from the desktop version, from the computer, and from there the following steps have to be performed. First, select the geographic location where the user would like to follow the street or street that is not yet shown in Google Maps. Next, you need to access the menu that appears in the upper left part and is marked with three parallel horizontal lines. When it is shown in the lower part, the option «Edit Map» will appear.

In this menu the “One way is missing” option and here the street or street that exists in reality but has not yet been added by Google Maps can already be marked. The first thing you need to do is mark the specific area on the map where this street is located. This will bring up a menu where you can add the street name and some additional indicators, and then “draw” the route. 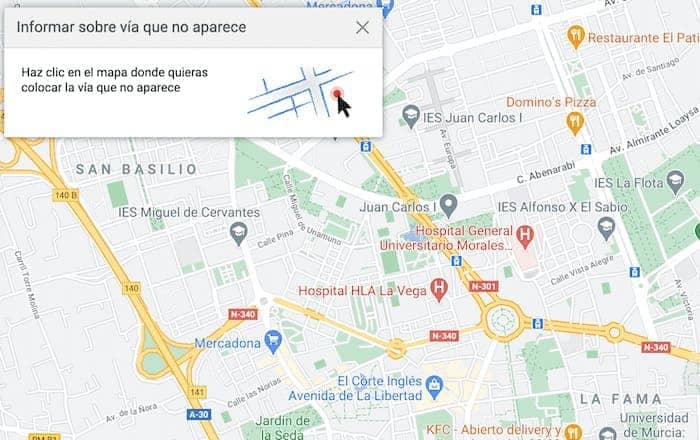 The Google Maps team reviews the added information and if necessary, the proposed changes are approved and this new route is added. This option is being added gradually and is already available in more than 80 countries, including Spain.