For the first few days of March 2021, Venice, the floating city, is back in the news. It is so that it is experiencing another drop in the water level that left its channels almost dry. It’s not the first time this has happened, in fact, it’s the third time this has happened since 2018. Despite everything, it was declared a World Heritage Site in 2018. 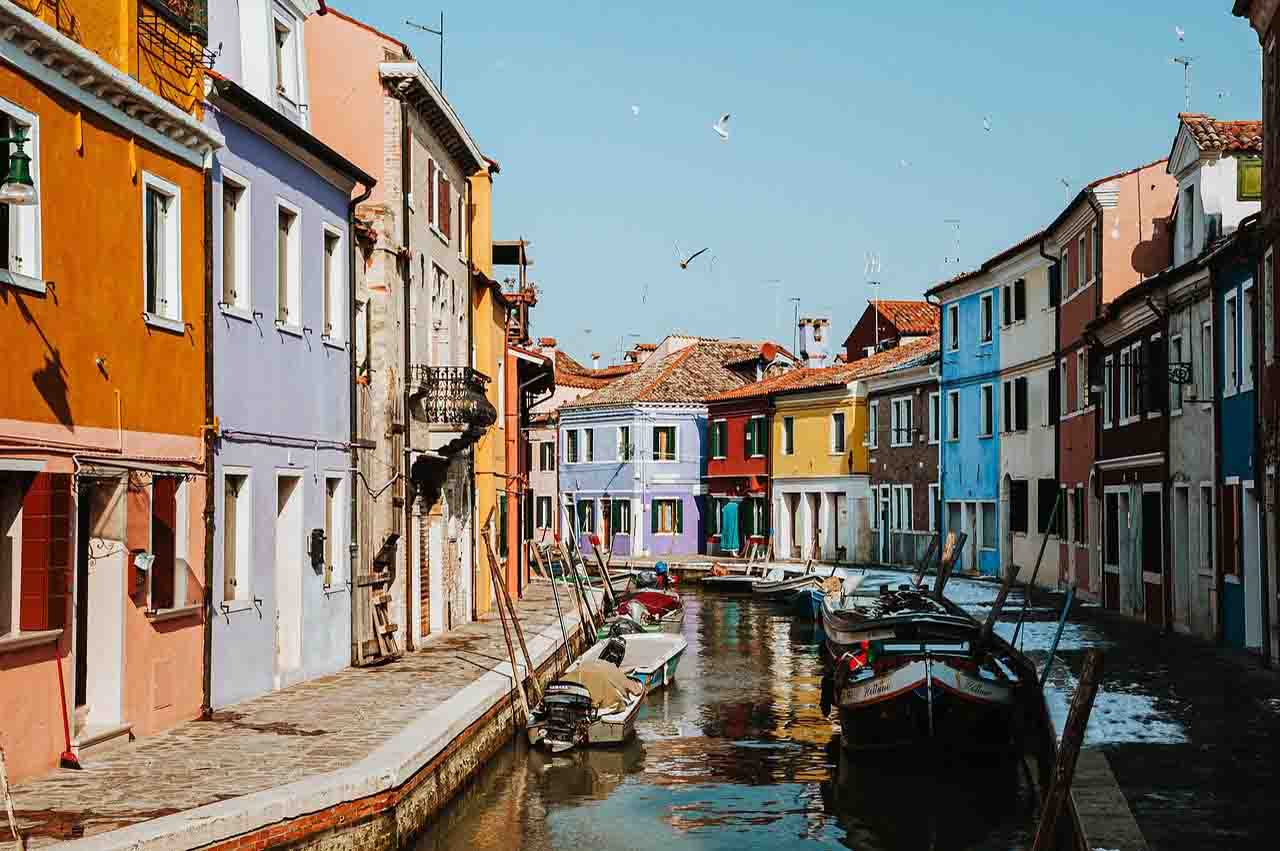 Although the opposite happened in November 2019, the city was flooded one and a half meters above normal. These ups and downs have to do with the tides, rainfall, lunar cycles, climate change and also with the location of the city. But do you know how Venice was built?

Venice the floating city is built on more than 100 islands

Venice is a city built on 118 islands connected by a network of bridges and canals. In order to build a city there, the buildings were not erected directly on the sandy ground, but thousands of wooden stakes were placed.

The story of why a city was built in a swampy place begins in the 5th century AD. When the Western Roman Empire fell, the barbarians began to sack Rome and continued the entire territory of the empire.

Those who inhabited the land near present-day Venice fled to the sand islands of Malamocco, Jesolo and Torcello. The settlements initially remained until the barbarian threat ended. However, many Venetians decided to stay and settle on the islands permanently.

The houses are built on wooden platforms

Unable to build their buildings on sandy ground, they started driving wooden stakes. On the same they built platforms that formed the basis of the buildings. The wood was transported by boats from different parts of Europe. For example, they placed more than 1 million hundred thousand stakes to build the bases for the Church of Santa María de la Salud. Each post was four meters long, buried in the sandy ground.

In other words, Venice rests on wooden stakes and braces that have been submerged for centuries. The question of many is why wood and not iron or stone? The answer is that iron rusts and deteriorates easily when in contact with salt water. The stone is affected by sea salt and also wears out, although the process is slower than that of iron.

On the other hand, wood submerged in water is not affected by microorganisms that need oxygen from the air to survive. Also due to the effect of the salt water, the wood takes on hardness through a process similar to petrification.

After all, it is a fact that Venice, the floating city, is in danger as it is sinking very slowly. On average, this happens at a speed of 2 millimeters per year. Another consequence of climate change that is causing numerous problems and changes on our planet.