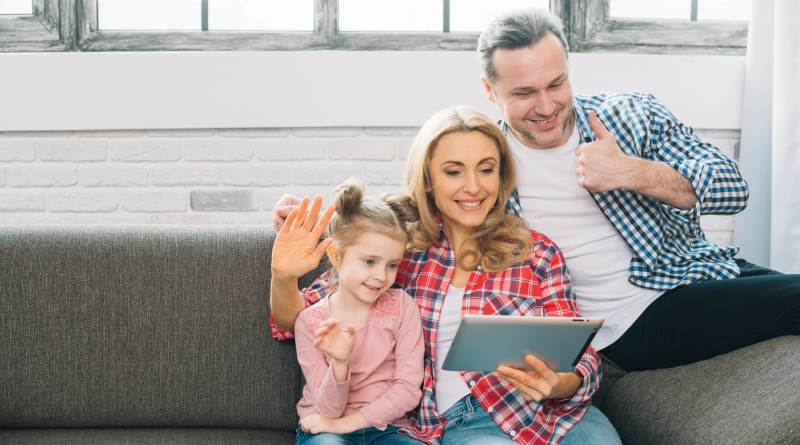 When you are on a video call, depending on the video conferencing app you are using, the host may block your microphone so that you cannot speak. However, there is now a feature that allows you to communicate even when muted.

The filter for interpreting gestures in comic book text boxes works on several video calling platforms. You just need to install software and glasses to use them in Zoom, Google Hangout, Google Meet, Slack, Skype and other platforms.

A Netflix developer named Cameron Hunter invented a filter that uses augmented reality to interpret the gestures of users during a video call and reproduce them on the screen, mimicking the design of a comic book bubble overlaid on the image.

The filter created with Lens by Snapacht can be used with any video calling app and allows some of the user’s gestures to be interpreted. For example, if you are muted and raise your hand, an augmented reality dialog box that says “Hello” is superimposed on the image.

He can interpret more gestures. For example, if the user lifts their thumbs up, “Yes” is displayed. If he clenches his fist, “No” is displayed. If he lifts his index finger, it means “a question”. Making horns with your fingers means “amazing”. Finger, forefinger and middle raised is “goodbye”. When the user leaves the screen, they see the message “I’ll be right back”. When he smiles, laugh bubbles appear.

In video conferencing, it is a hassle to unmute just to say a word, especially when someone else is talking. I created a video lens that used hand gestures to display comic book-style messages instead. It’s been pretty fun so far! pic.twitter.com/wp6XO5QDQc

Using the filter to insert comic bubbles into video calls

Many users replied to Cameron’s tweet and even recommended that other gestures be included. Those looking to use this filter on their video calls should know that it is completely free and works in both Slack and Skype, Google Hangout, Google Meet and even Zoom, although this platform has its own filters.

To use the filter developed by Cameron, all you need to do is download the Snap camera to your computer and once installed, download the “Hunter Lens” from the Snap Camera Library.

With these two tools installed, all you need to do is select the camera on your preferred video calling platform in the Camera Settings section. From there, select the Snap Camera webcam and you can activate these filters with your gestures.

Microsoft patents a chatbot to “talk” to the deceased