Installing Windows and Linux on the same computer is an excellent option to use both operating systems. Allow these types of facilities Install different systems together, but without interfering with each other and with the ability to start them quickly and easily.

The idea is that a normal Windows user who has bought a computer with a Microsoft system pre-installed and has certainly never tried anything else can install a GNU / Linux distribution on the same computer without affecting your main system. On the contrary, a Linux user can try the latest version of Windows for the pleasure or need of some tasks and keep the system free for everyday use.

We take advantage of the introduction of the new versions of the most commonly used versions of Windows and Linux (Windows 10 2004 and Ubuntu 20.04 LTS) and have set ourselves the task of updating a manual that we offer you year after year to make it so practical as possible. We'll deal with two use cases, zero installation of both systems and another installation of Linux from an already installed Windows computer that we want to maintain

Of course You can use Linux distributions other than Ubuntu. And the same Windows. If you don't like Windows 10 and want to use Windows 8.1 or Windows 7, the basic method is the same. We could even install macOS in the middle on Hackintosh or other additional systems as long as we have enough space in the device's storage units and do the operation in the correct order.

The hardware requirements to run both systems They are very similar Linux can be run on any computer that can run Windows 10. Note that some special GNU / Linux distributions can run on computers with lower hardware. Microsoft's official minimum requirements for Windows 10 give us an idea:

As you will see, these requirements are too "minimal" and, although they do allow the systems to operate, they are not a satisfactory experience. In fact, the current hardware average is much higher. To do this practically, we use a desktop PC with a 6th generation Intel Core processor, 32 GB RAM, RTX 2080 super graphics and a PCIe solid-state drive as storage.

As for Linux hardware support, it is known that it is not as complete as Windows, however has improved a lot in recent years The primary hardware (motherboard, processor, graphics, memory, and memory) works on most computers, as Linux distributions now support the main architectures and drivers excellently, with either free or proprietary drivers.

We start from a computer with a completely empty storage device (in this case an SSD) on which we have previously made a backup copy of the files and data that we want to keep. With this type of two-system installation, Linux should always be the last one we install, as it's its boot loader that gives us access to one or the other. 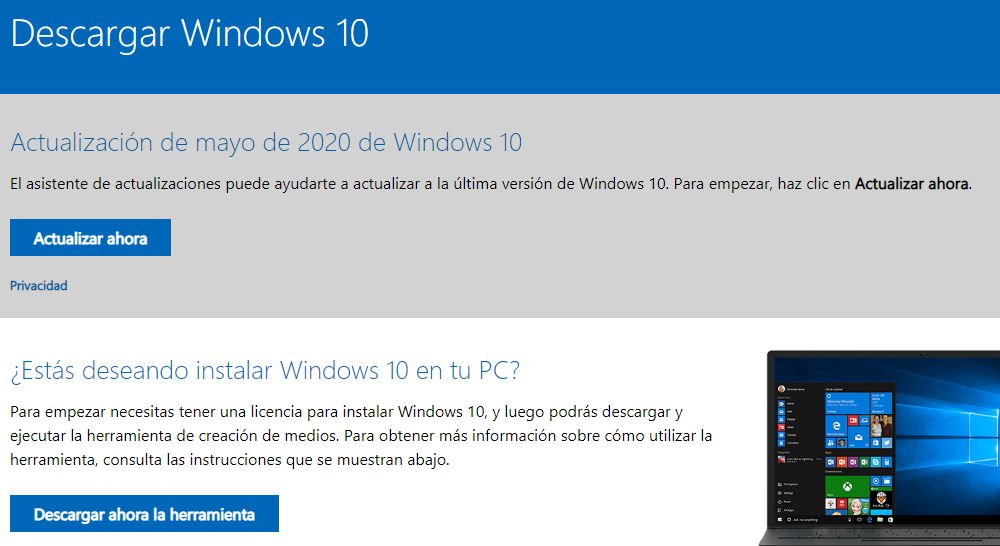 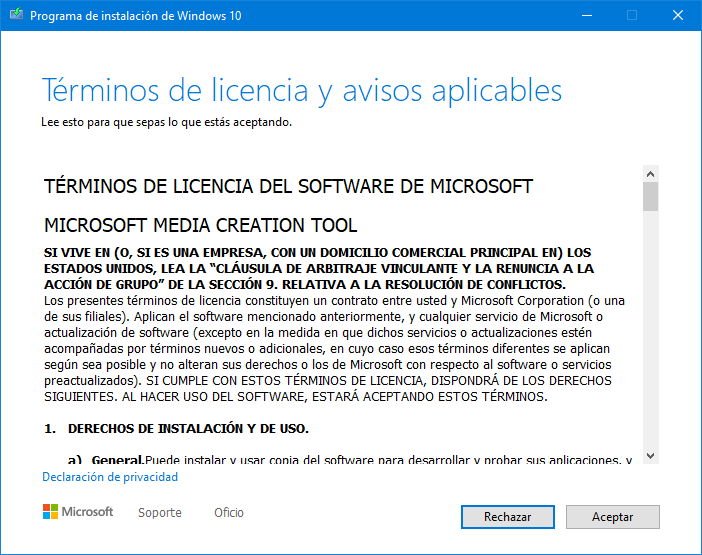 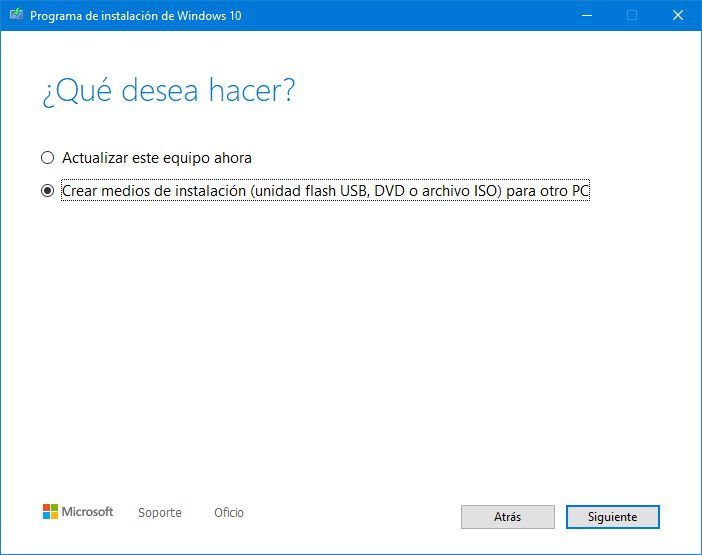 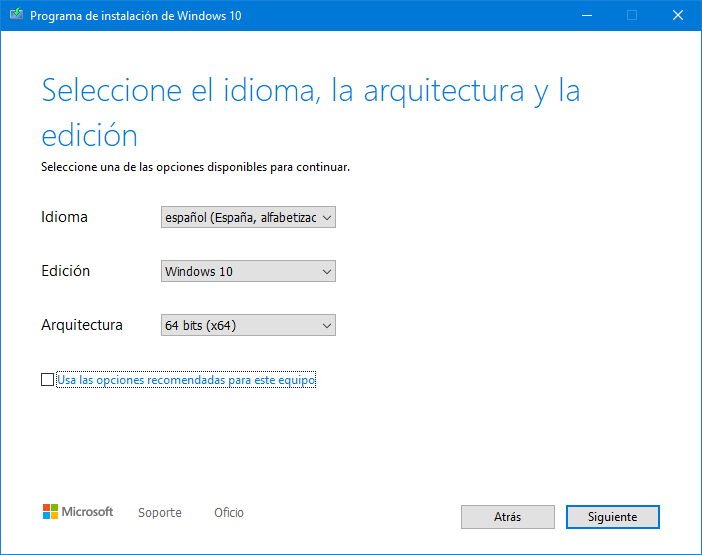 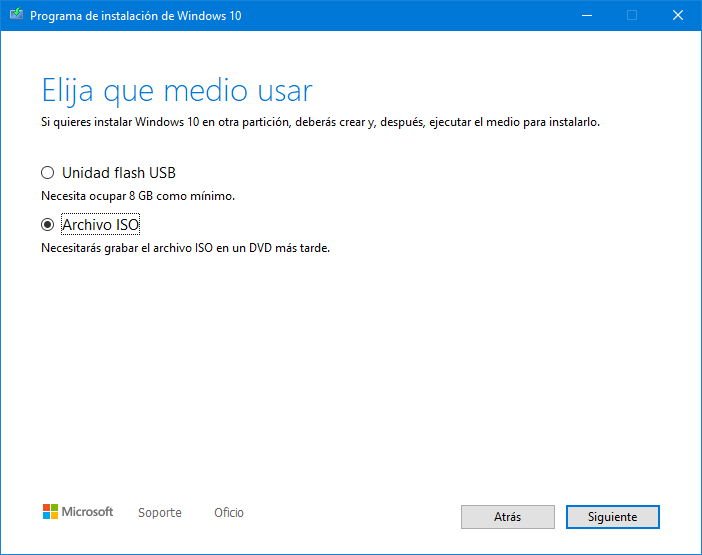 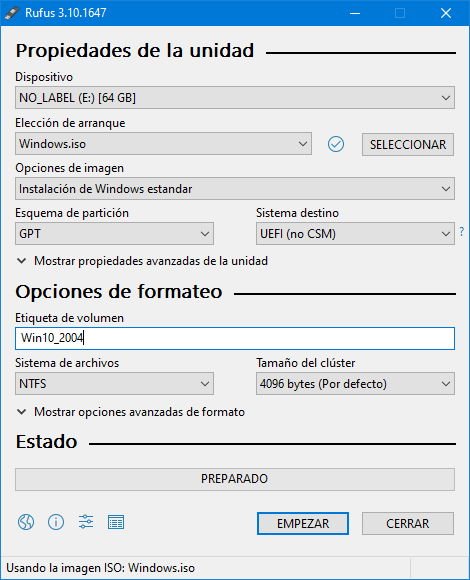 At this point we have to remember the problems of this kind of "GPT" partitioning scheme with older computers and operating systems like Windows 7 and older Linux distributions. If you have problems managing this type of installation that mixes Windows and Linux, you must use them MBR partition scheme and disable Secure Boot in the BIOS, the secure boot system for which firmware and software must be signed. Note that the new Linux distributions have no problems with this type of partition, and Ubuntu, for example, supports UEFI for some versions through the official Microsoft Secure Boot System for Linux, published by the Linux Foundation.

Insert the created medium into a USB port on the device, restart the computer and access the BIOS / UEFI to ensure that the USB stick is the first boot medium. If you know how to access the computer's internal start menu, you can activate it without entering the BIOS.

(If you do not know how to access the BIOS or the Start menu, read this article, in which we have offered you the special keys programmed for access. Press the appropriate button during the hardware test phase that occurs when the PC starts up Button.) 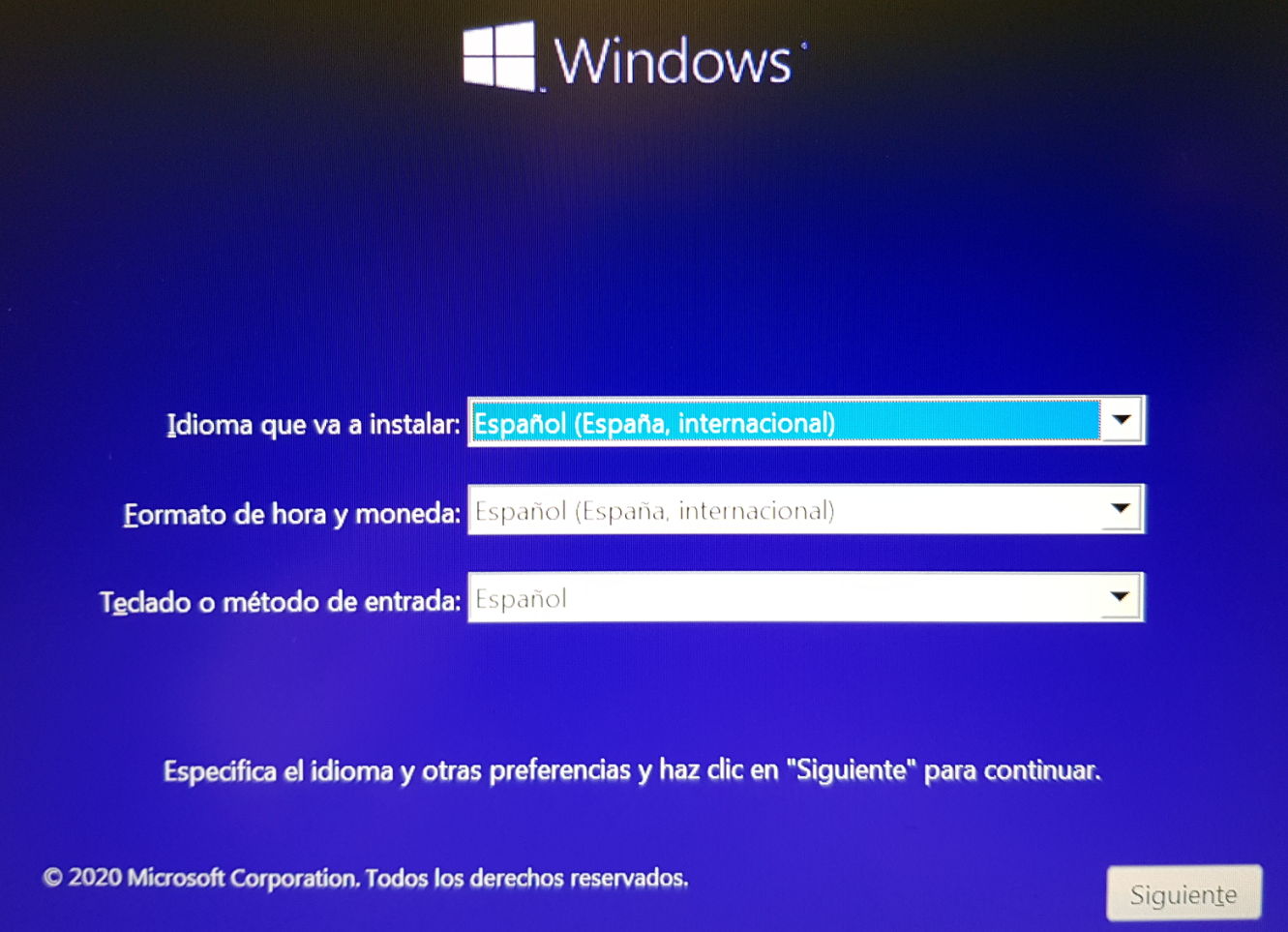 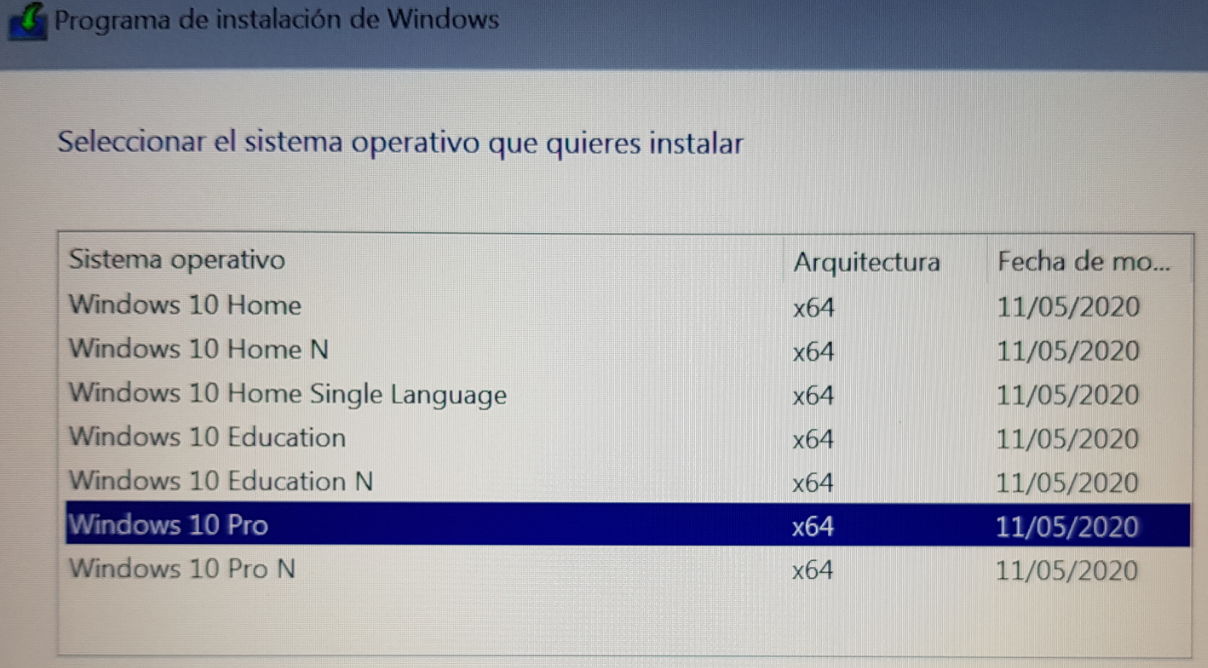 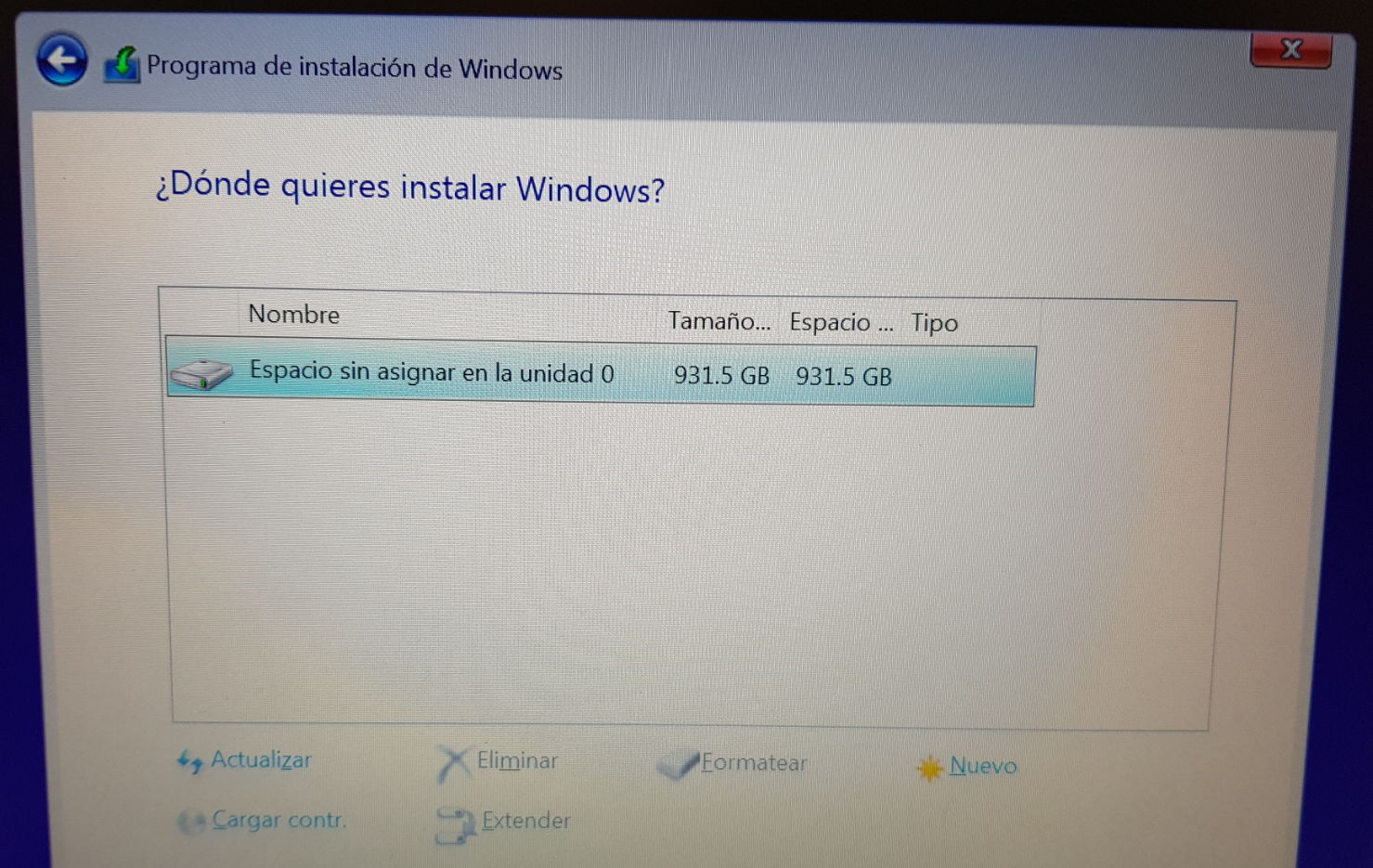 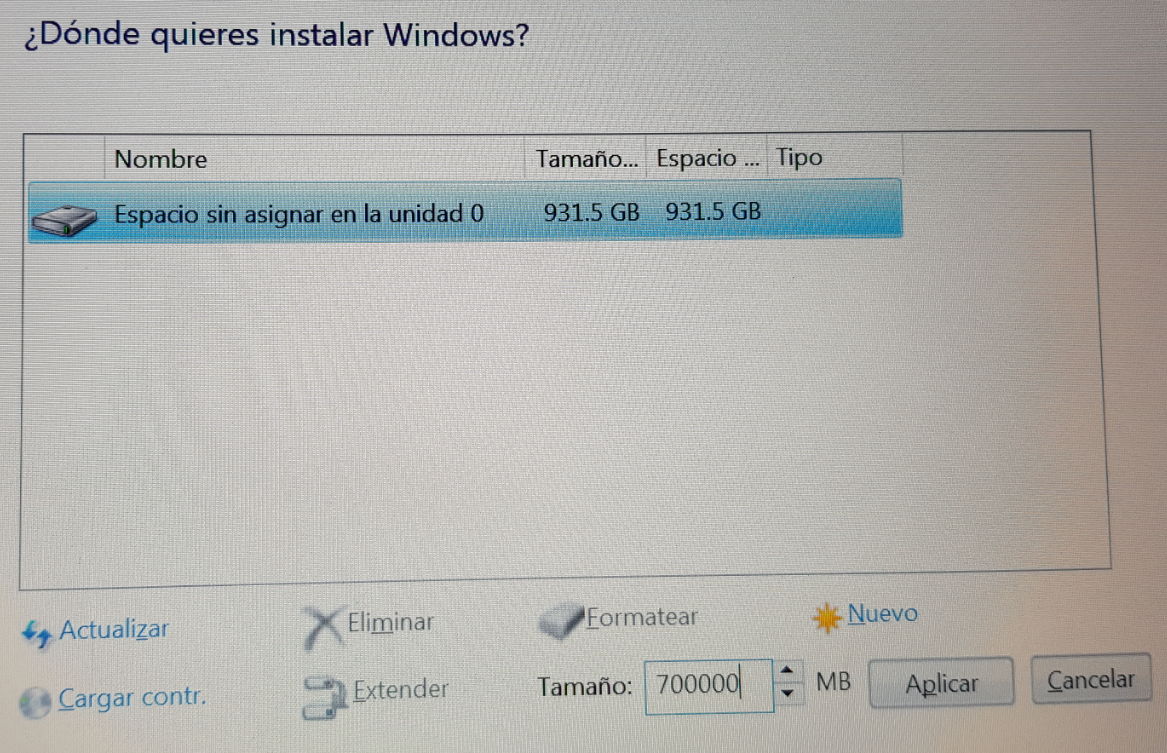 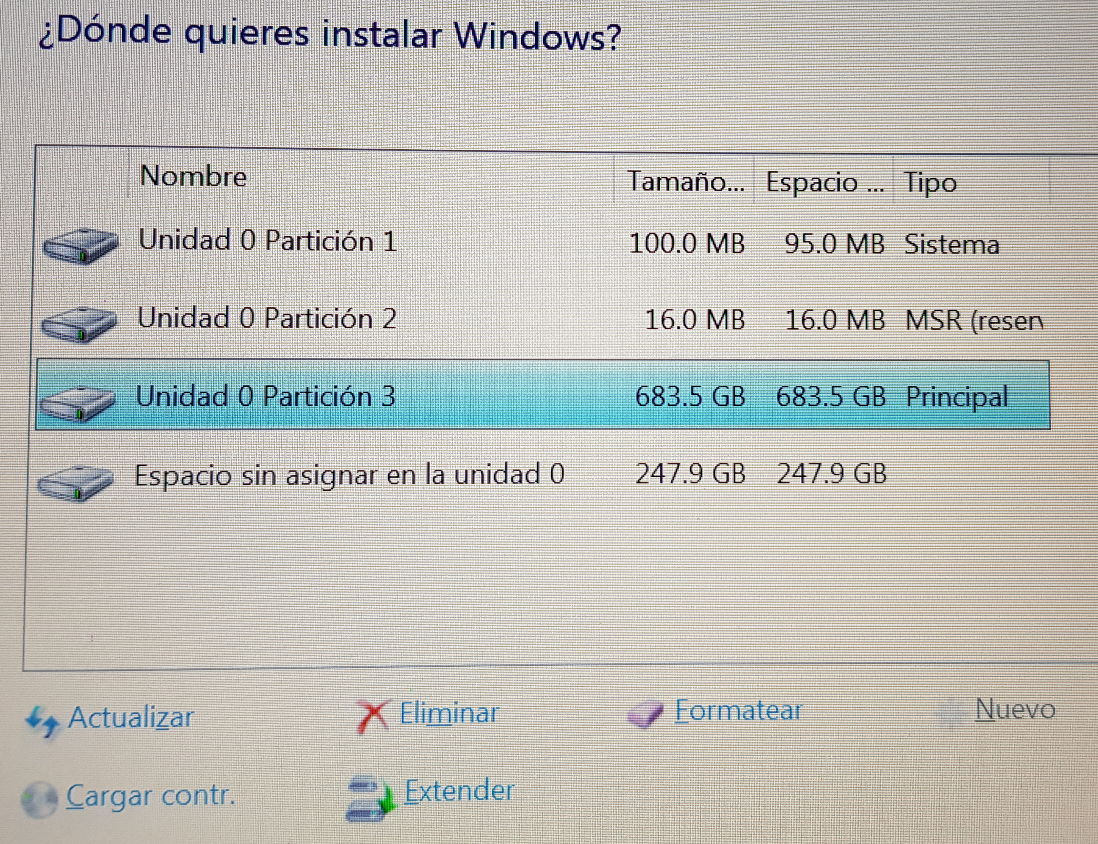 Installing a GNU / Linux distribution is just as easy these days as installing Windows. At this point we would like to point out again that we have chosen Ubuntu 20.04 LTS. However, you can also use your preferred version, be it one of the variants (Kubuntu, Xubuntu …) or one of the distributions of other providers. The method is similar for everyone and as simple as for Windows. 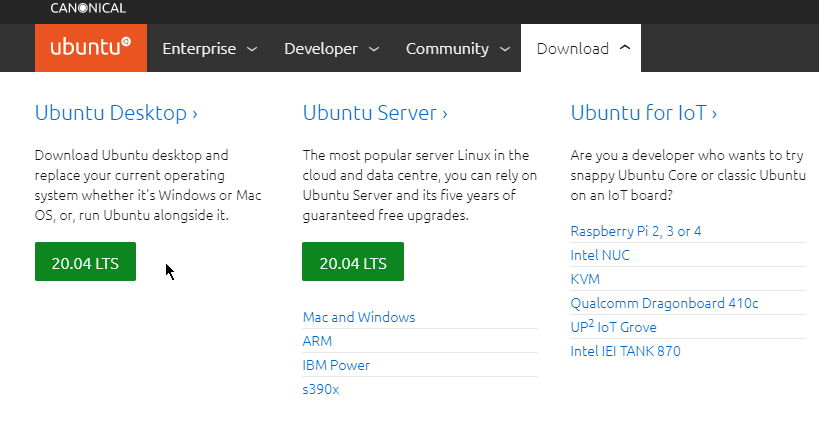 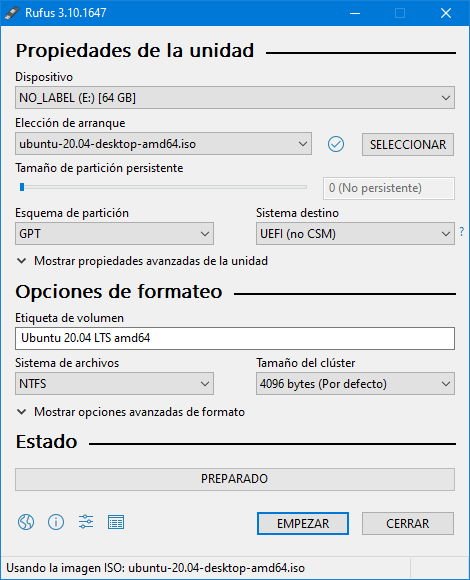 We have already said above that the installation of Linux has progressed in an extraordinary way in a process that is almost completely automated and very fast. As follows: 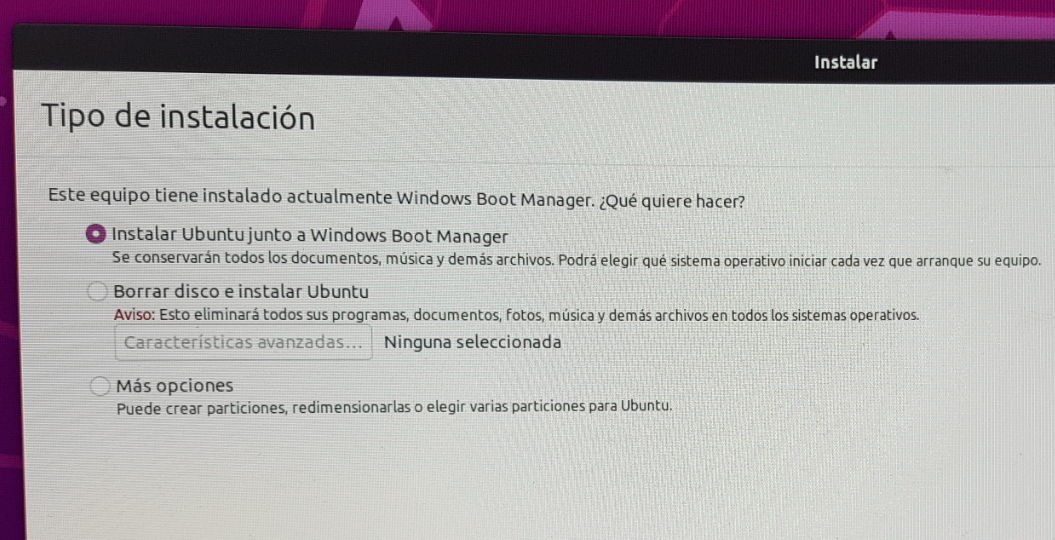 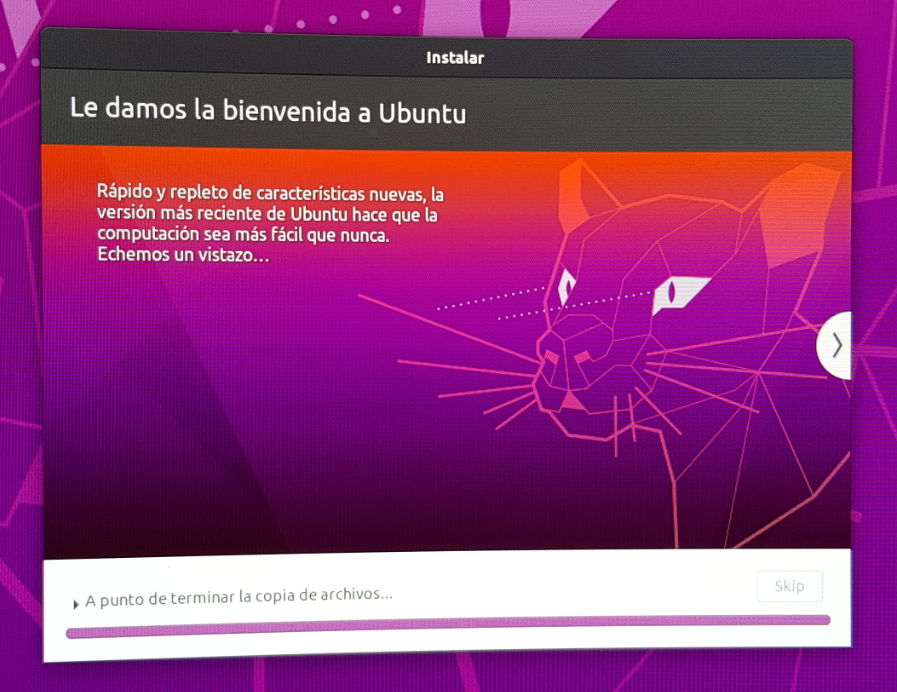 As soon as the Ubuntu installation is complete, the GRUB boot loader is available, which is activated every time the computer is started and enables Windows or Linux to be started. For this reason, Windows and Linux must first be installed with this type of configuration.

You can also select the system to be started in the BIOS / UEFI. However, access to it is always more cumbersome. If you select Ubuntu as the first boot partition, you have access to the boot manager and can start both systems. If instead you use Windows Boot Manager first, the system will start directly in Windows 10. 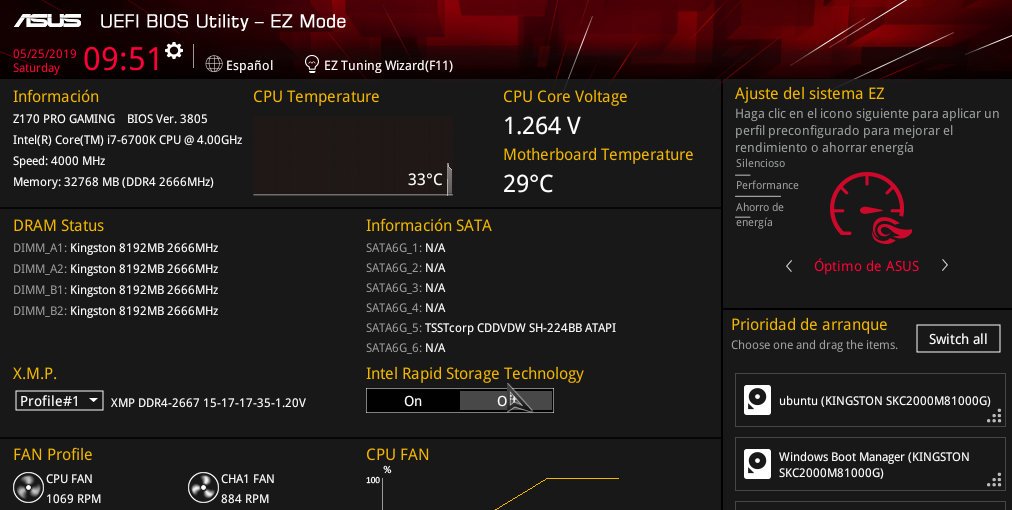 Install Linux on a Windows computer

A second case study can be done for a user who wants to install Linux but maintains the installed Windows system. It's as simple as the previous case, except for the previous step of free space to install the GNU distribution later because the new computers that have Windows preinstalled usually take up all the space.

You can read our guide on Windows partitions if you want to know how to handle them. A step by step of the essential would be the following: 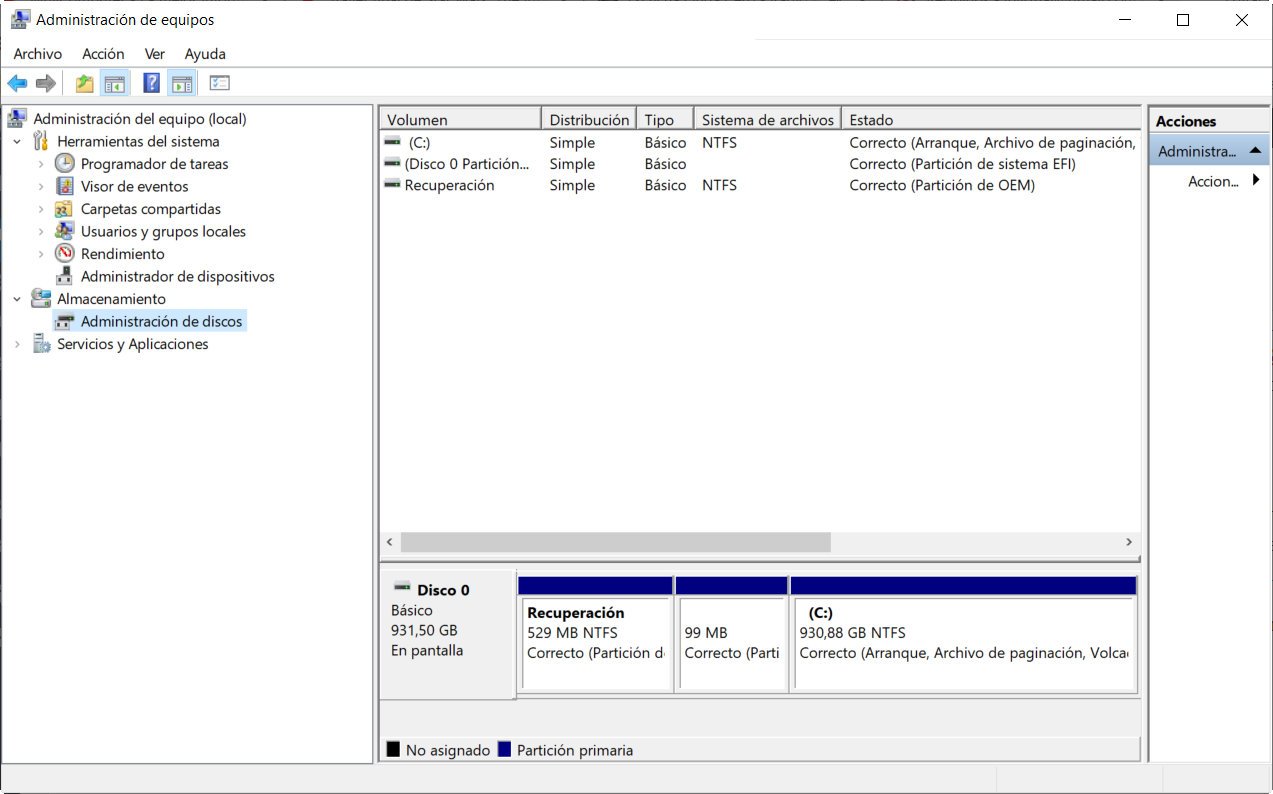 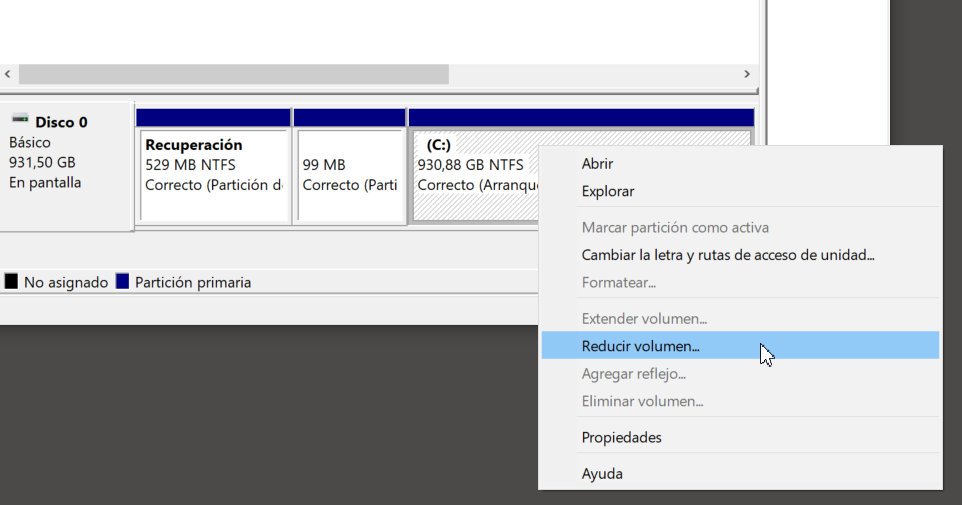 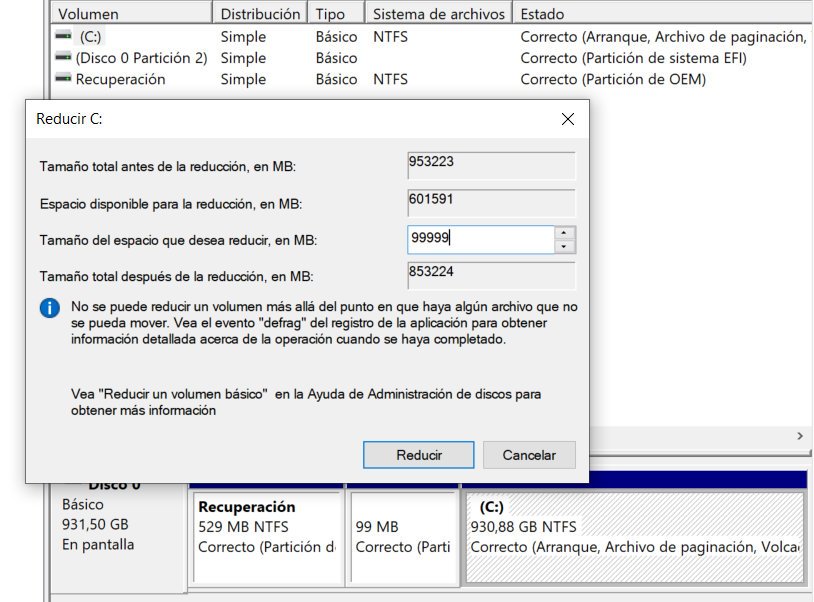 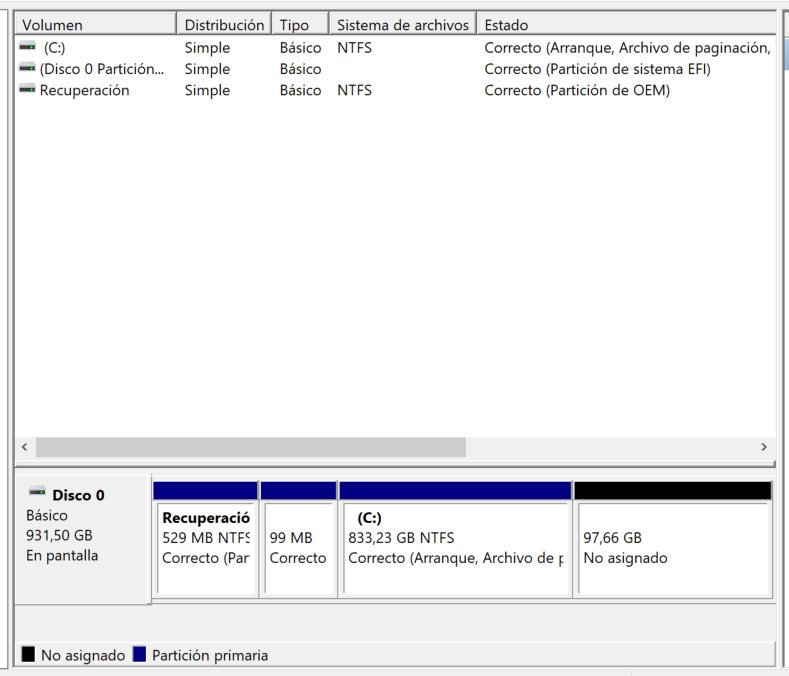 The partition size is indicative. A user who works with Ubuntu on a daily basis needs to free up more capacity, but in our case we have a lot for testing. As I said, you need more space in a production team. If your computer has a second storage device (either SSD or hard drive), you can reserve one for Linux. After creating the free space, follow the steps above to install Ubuntu 20.

We conclude that we insist that this is some kind of facility an excellent combination Take advantage of the most advanced version of the leading desktop operating system and the latest version of the most popular GNU / Linux distribution on the market. Together in the same team, but not confused and with one Dual Boot, with which you can start one or the other in seconds.

You can choose distributions other than Ubuntu, use Windows 7 and even a MacOS on Hackintosh. You just need to have free space, take care of the installation order, deal with the partition types, cancel Secure Boot in your case and have time and desire to do the whole process.

You are trying to save the northern white rhinoceros from extinction

How To Do Keyword Research For Local SEO