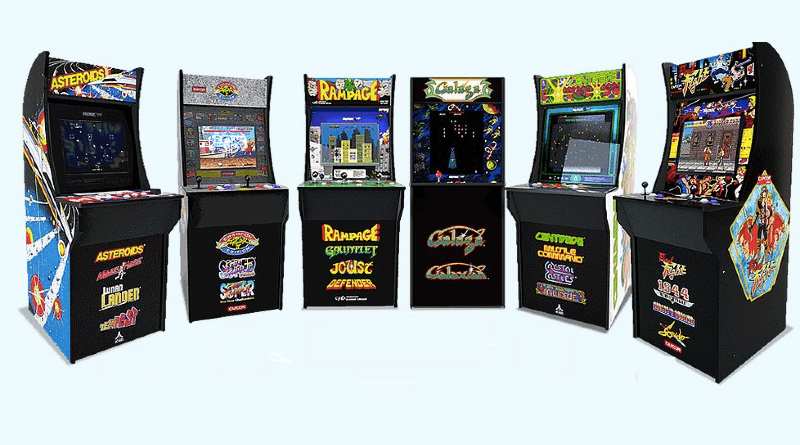 With the advent of portable and compact devices such as smartphones, tablets or Raspberry Pi, machines become At home free time They have become very popular. With these systems, users can enjoy again the classic video games they played in their childhood thanks to emulators compatible with different operating systems.

So you can easily transform an old PC tower into a modern amusement arcade. ‘

Today it is very easy Create one of these arcade machines at homeUse an old computer to do this. In this sense, while some older platforms are not very powerful, some more modern platforms are difficult to emulate and require a more powerful system to be able to “move” them with sufficient agility. We are going to tell you what you need to create your own arcade:

-CENTRAL PROCESSOR: It should be noted that most of the emulation load falls on the CPU, so it is convenient to have a core that performs well. There is no need to have a state-of-the-art computer, although the idea is to use an old tower as the system needs a graphics card of a certain power to function properly.

CPU performance depends on the systems you want to emulate. With this in mind, any CPU will do for older arcade games and older platforms. However, to emulate more modern platforms like PlayStation or Nintendo 64, you need a more powerful CPU and graphics card, as the graphics on these game consoles require more processing capacity.

With that in mind, you will need to download the CRT Emudrivers 2.0 software and Groovy Mame emulator, which are designed for this type of CRT monitor, in order for the image transmitted by the GPU to be correct. With that in mind, pairing it with an AMD Radeon graphics card, which doesn’t necessarily have to be the latest generation, is ideal and worth using a used one. It is important that it has a VGA output. If you have an NVIDIA card that doesn’t support CRT input, you can buy a signal converter.

-Memory: The old arcade games (ROMs) don’t take up a lot of space, so there’s no need to install a hard drive. It is best to use an external hard drive through USB. It doesn’t matter whether it’s an SSD or an HDD. After deciding which type of hard drive to use, the most important thing to do is to configure the system BIOS to use it as a boot. In this sense, neither Windows nor Linux should be installed, but GroovyArcade, which is included in Groovy MAME. It is a live CD that you can use to boot and manage the system.

-Controls: For those looking for an experience as similar to old arcade machines as possible, it is possible to find bases with joysticks and buttons. There are many different models and brands on the market. The most important thing when choosing is that there are all the necessary buttons, as well as their quality and route. If you want to create an arcade with a “retro” feel, you should look for a piece of furniture to incorporate the controls into. Hence, it is important to have a joystick that can be disassembled or that the furniture itself must be attached to.