Many users wonder What sense do they make? The tests you can use to push your CPU and GPU to the limit don’t understand how important it can be to expose both components to such a high workload that they can both reach very high temperatures or even have stability issues.

The truth is that we have essentially evolved the rationale for this type of test, but we will offer it to you a deeper and less simplistic explanation So that you really understand why it is recommended to push your CPU and GPU to the limits.

The rise of multicore processors did not go hand in hand with the consistent further development of the software, especially in the general consumer market. Today we find processors with configurations of up to 16 cores and 32 threadsLike the Ryzen 9 3950X, whose price is pretty cheap for what it offers in terms of gross performance.

We have passed in just over three yearsfrom quad-core and eight-thread processors to 16-core and 32-thread models. Keep in mind that the Core i7 7700K was the most powerful solution in the general consumer market until the Zen architecture was introduced.

However, this enormous development It was not accompanied by really big advances in software.. Yes, we can find numerous professional tools and synthetic tests that can use configurations based on processors with more than six cores. However, if we look at the general consumer market and especially games, we will find that there is nothing to use. really a six-core processor.

This has an important consequence, and that is the hardware of many midrange and high-end computers not used properly and is therefore subject to a workload that it does not take advantage of and is not used to really test its correct functioning.

If you use applications and tools that can push your CPU and other components of your devices to their limits, you can check that they are working properly. who have no temperature or stability problems, and that you don’t have to worry about dealing with more pronounced workloads.

The key idea behind pushing your CPU, RAM or GPU to its limits is therefore so important that you personally I recommend carrying out stress tests as soon as you have finished installing a new PCIn this way, we can ensure that everything is in order, avoid worrying about possible errors that we may have overlooked, and exclude factory errors in these components. 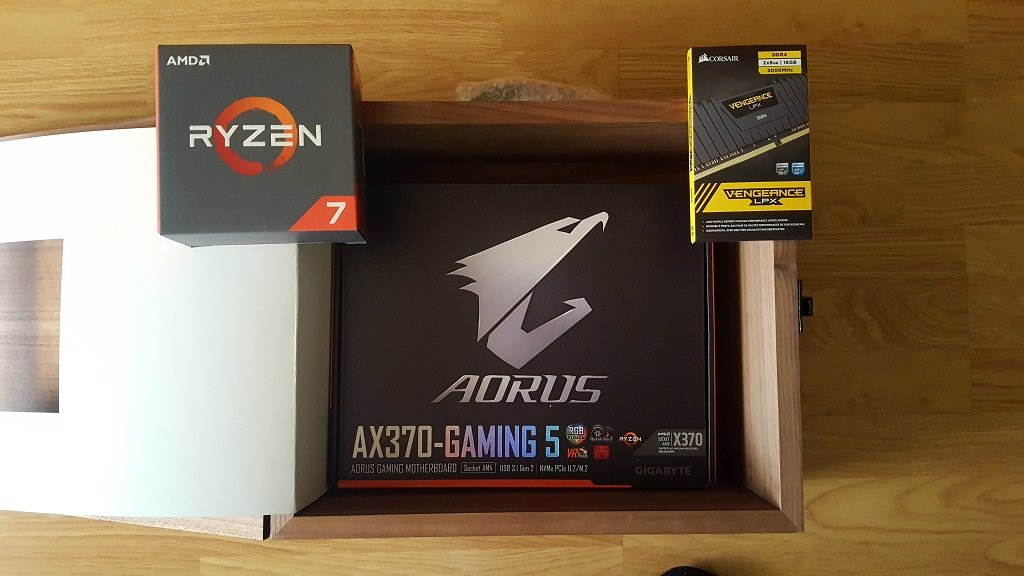 How to limit your CPU in a controlled manner

The CPU is one of the most important components of a PC and also one of the most important for stress tests. The reason is that we explained earlier, today a processor with more than six cores is not used sufficiently in almost every environment (of course, at the level of general consumption), so we didn’t really realize that it was really able to function properly.

I’ll give you an example, my Ryzen 7 1800X. It has eight cores and sixteen threads and works by default with a frequency of 3.6 GHz. Overclocked I could bring it up to 4.1 GHz Increase tensions to the limit of what is acceptable. Everything seemed to be stable until one day I used a game that was CPU-intensive and processor-intensive. The computer crashed and I had to do a hard reset.

The bug was overclocking the processor, which was really unstable when it had to take on workloads with a workload of around 50%. I reduced the overclocking to 4 GHz and voila, everything works perfectly. Also, You can discover these things by pushing your CPU to its limits. With the Prime95 test, which is also completely free, you can do this easily and effortlessly.

Things you need to know to safely push your CPU to its limits:

You don’t have to go through a stress test for hours to push your CPU to its limits. This myth is still held, but is not only not true, but also it can have negative consequences.

On the other hand, You don’t have to do these tests often. This is sufficient when the installation of a PC is complete and in certain cases where this is advisable, e.g. For example, if we change the processor, if we apply a new thermal paste, if we install a new heat sink, or if we overclock.

There are many interesting applications and for monitoring the temperature free, like HWiNFO and CoreTemp. 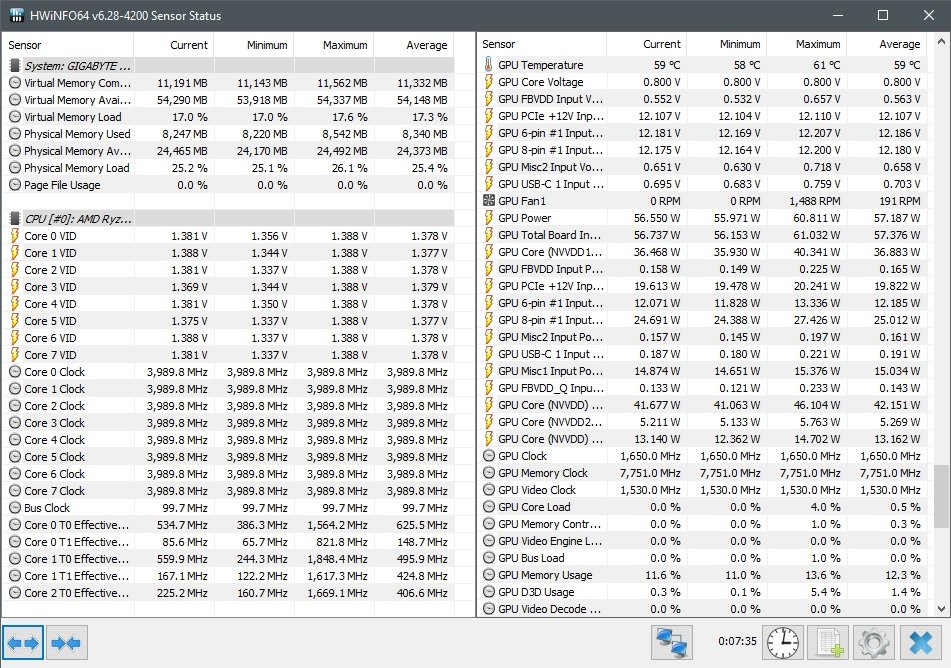 How to push your GPU to its limits

To test this component, the base is essentially the same as in the previous case. There are many tests that allow us to push our GPU to its limits, even though FurMark is personally the most interesting, effective and user-friendly free.

Prime95 is not meant to test the performance of a processor, but to push your CPU to its limits Exactly the same thing happens with FurMark. We don’t want to see how much our graphics card does, we want to see if it works stably at full load for long periods of time, and this application does that perfectly. 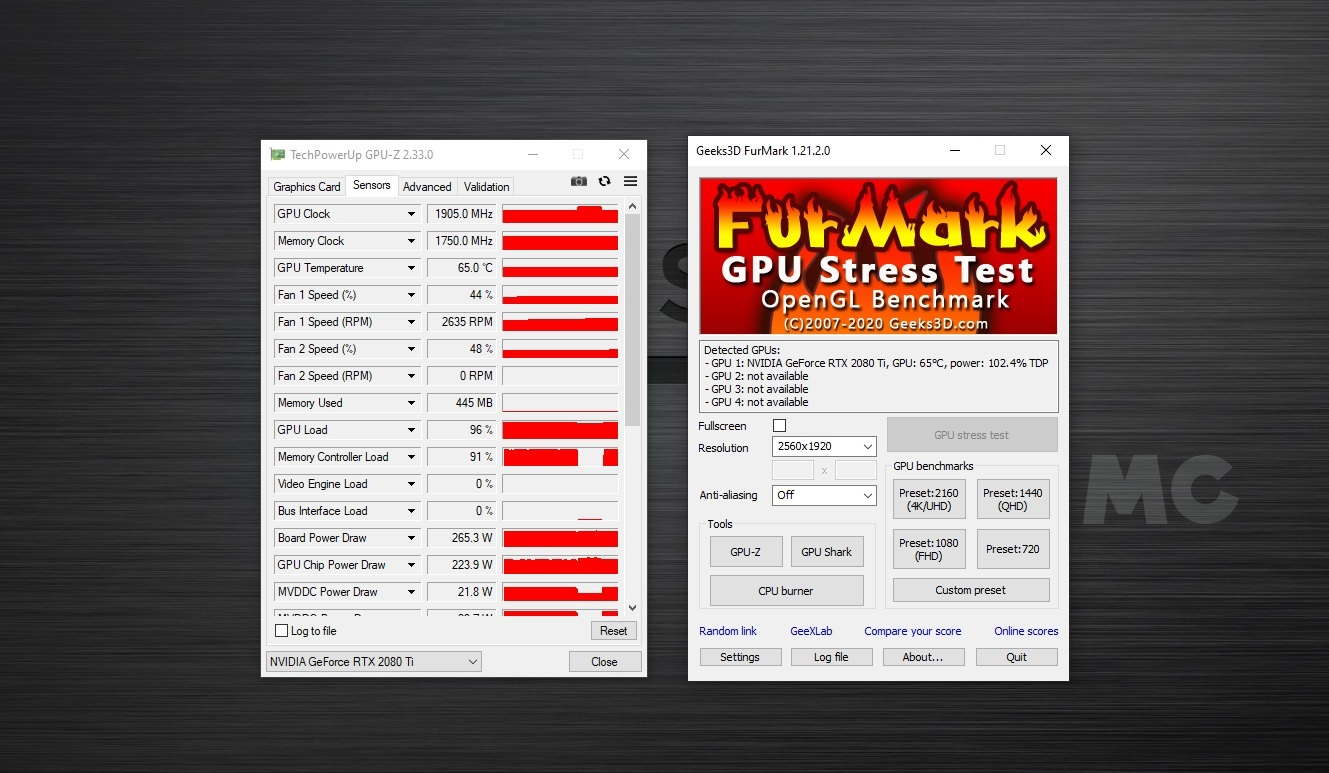 Again I’ll give you an example. When I bought my GTX 980 Ti I tried to optimize overclocking, because it was the GIGABYTE G1 gaming model, a version that was able to achieve very high overclocking rates in a stable way due to its high build quality and its good cooling system.

I played with and got the frequencies in the GPU and GDDR5 memory Touch the 1.495 MHz in the first and 2.000 MHz (8 GHz effective) per second. The result was good for some less demanding titles, but for others, like The Witcher III, there were minor graphic errors that confirmed to me that something was wrong. I had no crashes or temperature problems, yes, but these graphics errors were not normal and I didn’t want to break the card.

I have tested the stability of the configuration with FurMark and sure this overclocking was not sustainable. I reduced to 1,478 MHz and 7.9 GHz and I found the optimal maximum point for such a graphics card. Working temperatures were always kept below 80 degrees with a non-aggressive fan profile.

Things you need to know to push your GPU to its limits in a safe way: 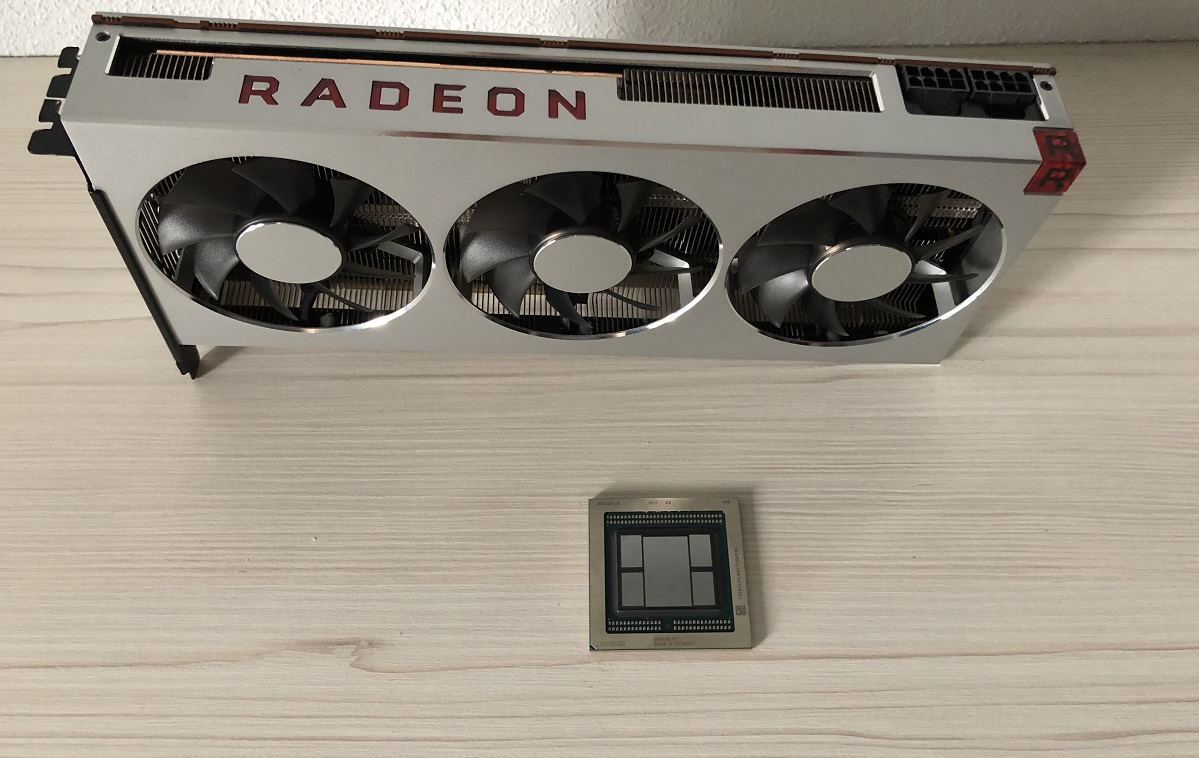 With HWiNFO we can easily monitor the temperature.

Endnotes: the importance of stability in general

Pushing your CPU and GPU to the limits not only ensures that both components work properly and can do so react smoothly if you have to face it high workload, They also find that the power supply is up to the task.

If we use very greedy graphics cards, tests under FurMark can help us to be clear that the configuration we chose is the right oneand that we don’t have to change the power supply in the short or medium term. We can also identify possible defects or factory failures and enforce our guarantee.

In this sense, it should be noted that although all current components pass quality control tests and reach the market in “optimal” condition, they sometimes occur Errors during the design or assembly phase They have no serious consequences during these test phases and therefore reach the user with a serious defect.

For example, XFX RX 5700 XT THICC II Ultra caused temperature problems Despite its high quality of workmanship, this is also the case with other versions of the RX 5700 XT, which contain first-class cooling systems, but which have design errors that limit their effectiveness.

It is necessary to push your CPU and GPU to their limits in good time and in certain cases. This not only helps you to confirm that both components are working, but is also a clear indicator of this that everything went well when installing your new PC (or while updating it).