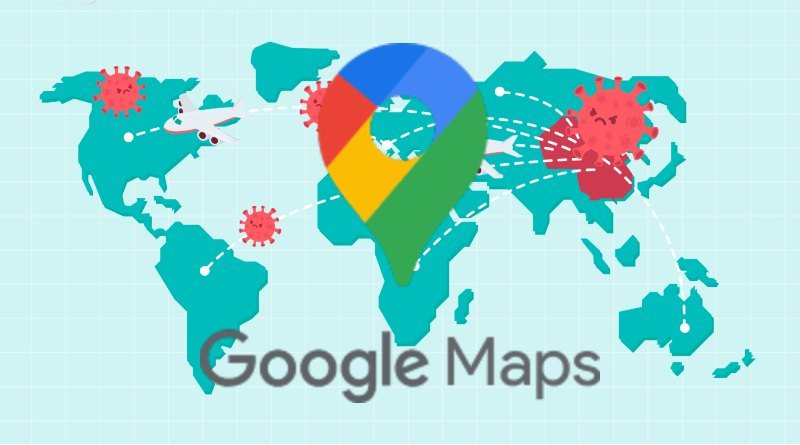 Google Maps has launched a new level that offers relevant information on COVID-19, updated in real time, and that shows the density of cases that are active in any part of the world. This is a new, official Google feature that replaces other maps that some users have developed on their own initiative in Google Maps.

The official version is now available. This new function has been in the test phase for a few weeks, but has already been presented to all users by Google. It shows the number of active cases over the past seven days taking into account the percentage per 100,000 population.

The new tool is now available in the 220 countries where Google Maps is active and can be used via the mobile application for both iOS and Android. The information comes from relevant sources such as The New York Times, Wikipedia and the health departments of the official organizations in each country.

To use the new layer with information about COVID-19 in Google Maps you need to do the following:

– You must have the latest Google Maps update downloaded on your phone, regardless of whether you are using iOS or Android.

– Enter Google Maps and click the tool’s layer icon in the top right corner of the screen. It is easy to identify as it is represented by a series of panels on top of each other. Google Maps has also turned on a message warning about the new feature, so it’s practically impossible to see. 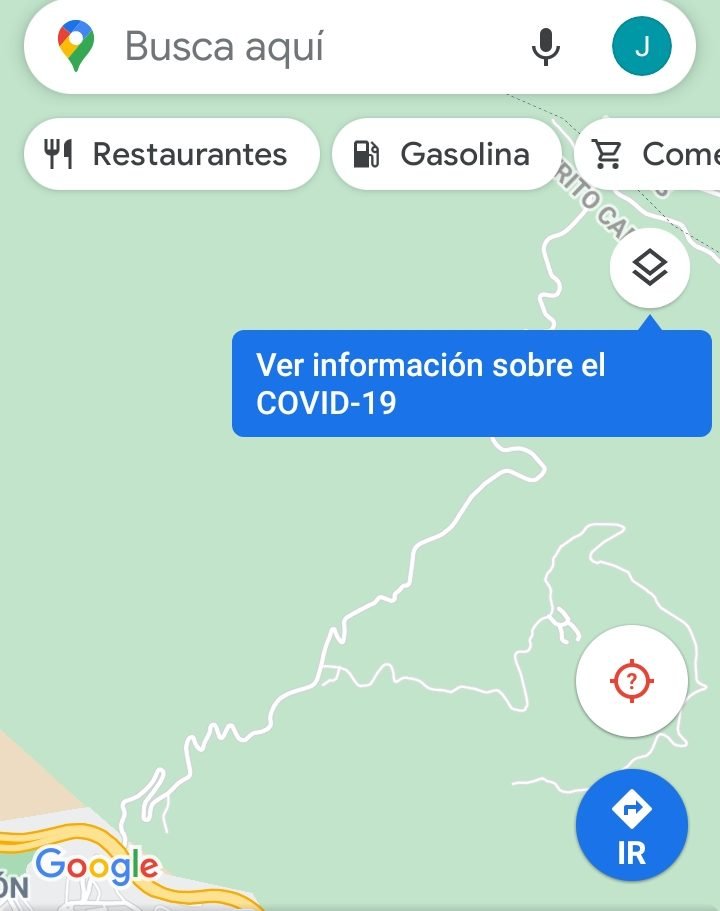 -The function is called “COVID-19 data”. By clicking on it, the system shows where the data to be displayed on the map comes from. You must accept this warning message. 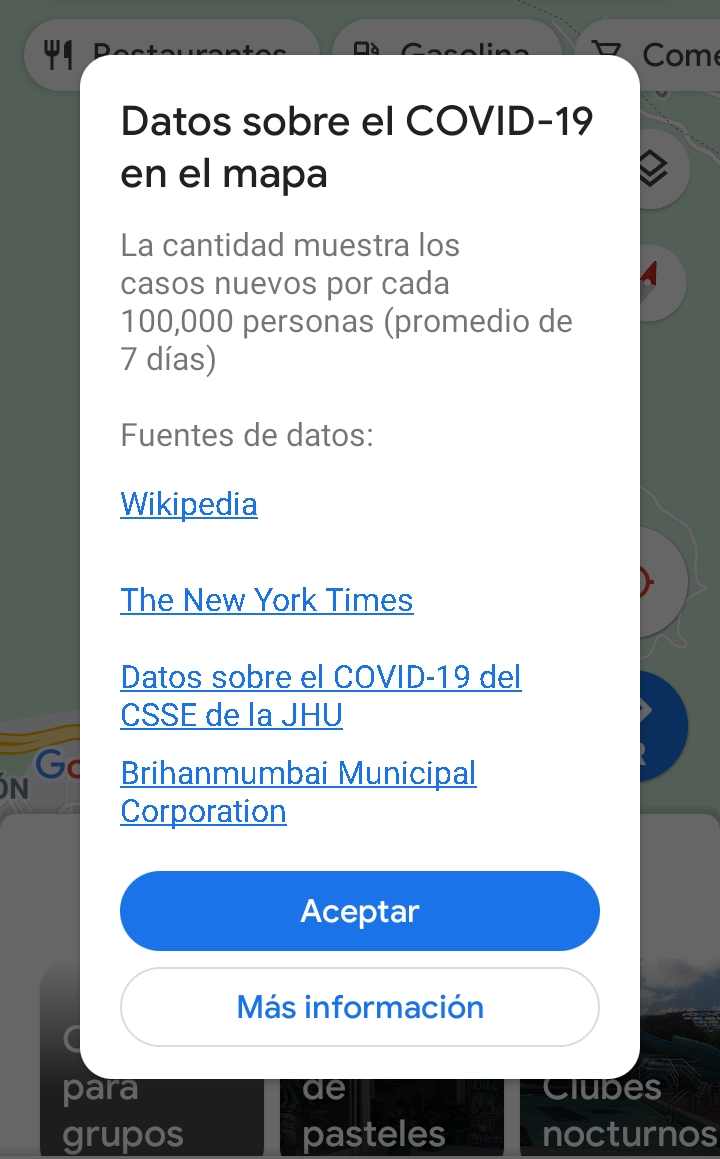 – If you accept the information, the card with the information on the latest infections by the coronavirus will be activated automatically. The system differentiates confirmed, probable, or confirmable infections based on colors ranging from yellow to red – yellow is less and red is more – to indicate the areas where the outbreak is most intense. You can zoom in or out to view the data by country. 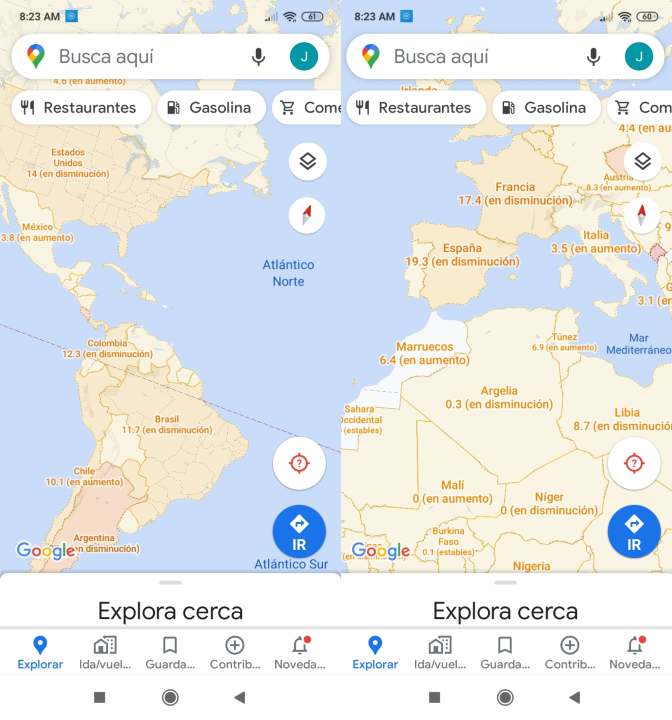 This level of Google Maps is used to officially determine, among other things, the density of infected, cured and current cases in the last seven days. Knowing the situation anywhere in the world is useful information, especially so that you know what extra precautions should be taken when traveling.