Assembling a cheap PC to play with is a complicated process because great care is required when choosing components. We could go straight to the cheapest components, of course it would be the easiest and quickest option, but it would also be the least suitable one there In the end we would rather feel displeased.

For example, imagine a cheap PC for 1080p. What components should it have? The answer is very simple depends on the budget level by moving because it is not the same thing to put together a team of this type with a budget of 400 euros as it is to do with a budget of 600 euros. The price difference is not much, 200 euros, but the truth is that this extra money can make a big difference.

Designing a cheap PC for this resolution with a budget of 400 euros is pretty complicatedespecially if we want to Keep this idea of ​​balance, because we will be forced to make important sacrifices that we would not have to accept on a slightly higher budget.

I understand that investing a little more is not a significant effort for some users, but I am also aware that it is impossible for others to exceed a certain budget without having to wait a few months to save. I myself went through this complicated situation many times when I was a student “Budgets closed and pushed to the maximum”, And that’s why I wanted to share this new guide with you, in which we will put together an economical PC for 10 euros in 1080p.

Some are listed next to each component Alternatives They can be interesting if you have a little more budget because I understand that this guide can be useful for more readers. If you have any questions You can leave it in the comments and we will help you with the solution. We start without further ado.

It is, as I said at the beginning, a very tight and limited budget that causes us many problems and forces us to make some sacrifices. The first thing we have to consider is the topic of the platform to choose. We cannot opt ​​for an expensive motherboard since every euro counts, but if we want to maintain a minimum level of Expansion options We cannot be satisfied with anything either.

On the other hand there is the problem of the processor and the graphics card. They are two very important components, but when it comes to gaming The second has a much bigger impactFor this reason, we have to allocate most of our budget to it without exceeding it, otherwise we will make “unacceptable” sacrifices in other components.

RAM is also a key element when it comes to assembling a cheap PC to play with. There are A clear minimum that we cannot download, 8 GB of RAMThe speed required depends on the platform and processor we are going to deploy. You already know that Intel Core is less dependent on RAM frequency than Ryzen, but in most cases it also has a higher price tag.

In terms of storage, it is clear that installing an SSD with a budget of 400 euros will force us to choose at most one unit. 240 GB. Let’s face it, an SSD with this capacity mounted on a cheap PC for gaming becomes a nightmare because you could fill it with two or three games. I’m not exaggerating, Battlefield V weighs almost 89 GB, Destiny 2 weighs almost 94 GB, and other “more modest” games are between 40 GB and 60 GB. I think if we are on such a narrow level, the idea of Mount a hard drive It’s the only really useful one, unless we don’t mind just installing a few games and juggling memory.

We do not need a particularly powerful model for the power supply. but it meets a minimum of quality and that enables us to make future extensions without having to change them. Believe me, it is better to invest 10 or 20 euros more in a source that we can use for years than to change it for another in the medium or long term and stay at work, change it and the new entity assemble. Time is money.

We finally have the chassis problem. If we want to assemble a cheap PC for 1080p and have a budget of 400 euros, we should look for it something simple with enough space to assemble the components and ensure minimal cooling. We don’t need a “virgin”, but we have to be careful about space and cooling if we want to avoid problems.

Well, We already have a basic analysis On this basis, we can develop the selection of any component that plays this inexpensive PC for 400 euros in 1080p. Here we go. 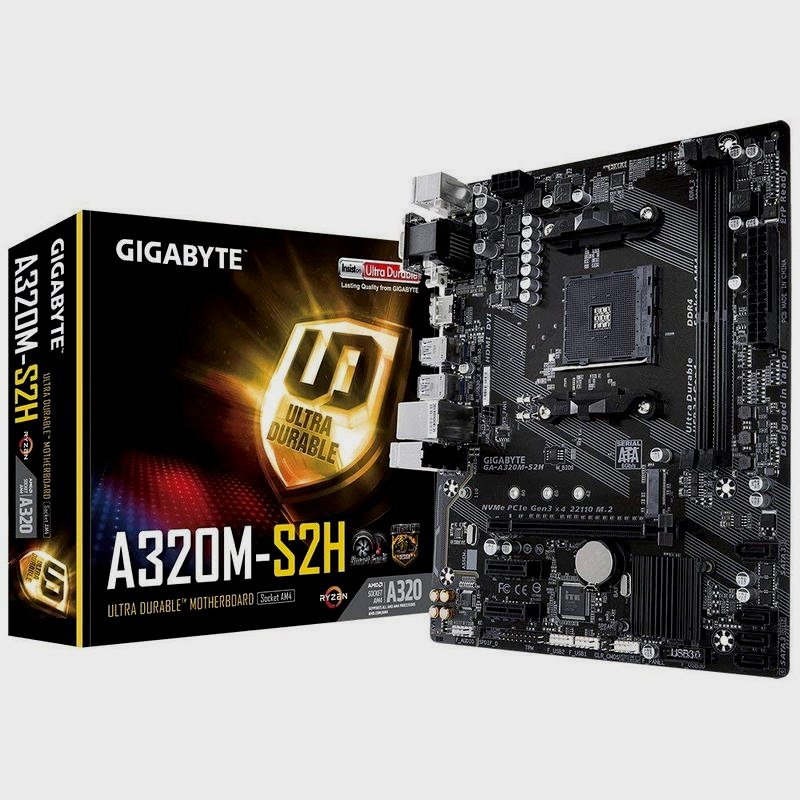 We chose the AM4 platform and an A320M chipset motherboard because it has one good build quality, Has everything we will need both in the short and medium term, it will allow us to expand the processor in a couple of years without any problems, and it has one very tight price.

We can’t overclock the processor, but we can easily use RAM memory up to 3,200 MHz, which means we have more than enough leeway to easily use a variety of Ryzen processors. It also has a slot for installing an SSD in PCIE NVMe M.2 format.

It offers a very solid value for what it costs. We can buy it for 51.80 euros.

Alternative: If we have a bit more budget, we could go for an inexpensive B450 chipset motherboard like this GIGABYTE B450M S2HFor example with a price of 62.99 euros. 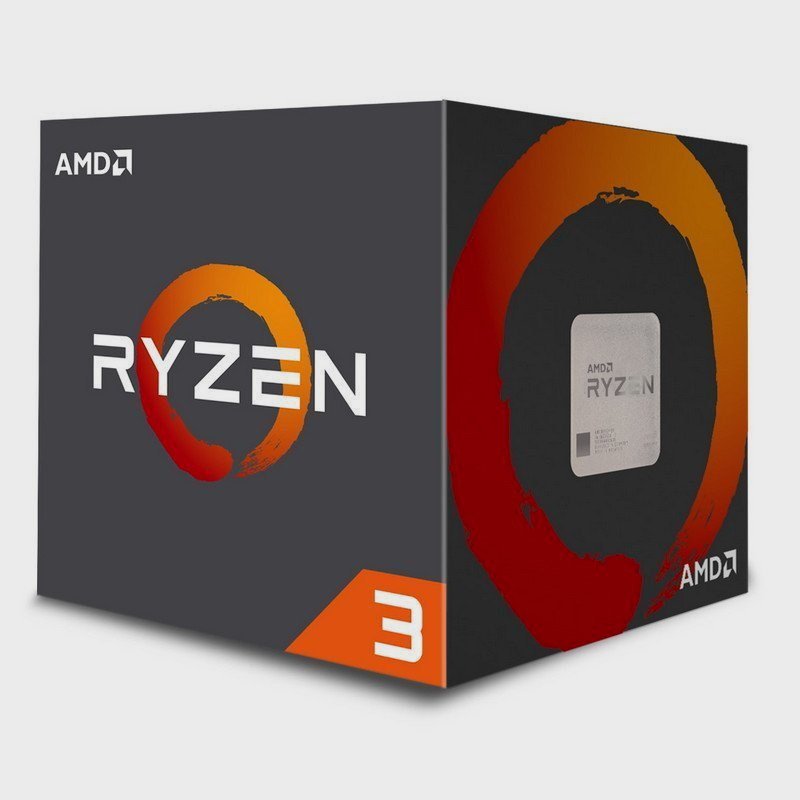 The choice of the processor was sung. We have to assemble a cheap PC to play 1080p for 400 euros, a complicated scale that Every euro counts.

With the recent price hike that some AMD processors have experienced The idea of ​​choosing a Ryzen 5 1600 AF was completely ruled out, since it forces us to spend 119.90 euros and leaves us with a very limited budget for the graphics card. Since the latter, as I said, has a greater impact on games, we decided to adjust the choice of processor as much as possible.

The Ryzen 3 1200 AF is an excellent choice for mounting an affordable 1080p PC I think it’s the best choice we can do that in less than 60 euros. It has four cores and four threads at 3.1 GHz-3.4 GHz, normal and turbo mode, it has a very good IPC and a very low consumption. We don’t need a fan because the one you bring from home is more than enough.

Alternative: In the event that we can spend a little more, the Ryzen 5 1600 AF is our best option. 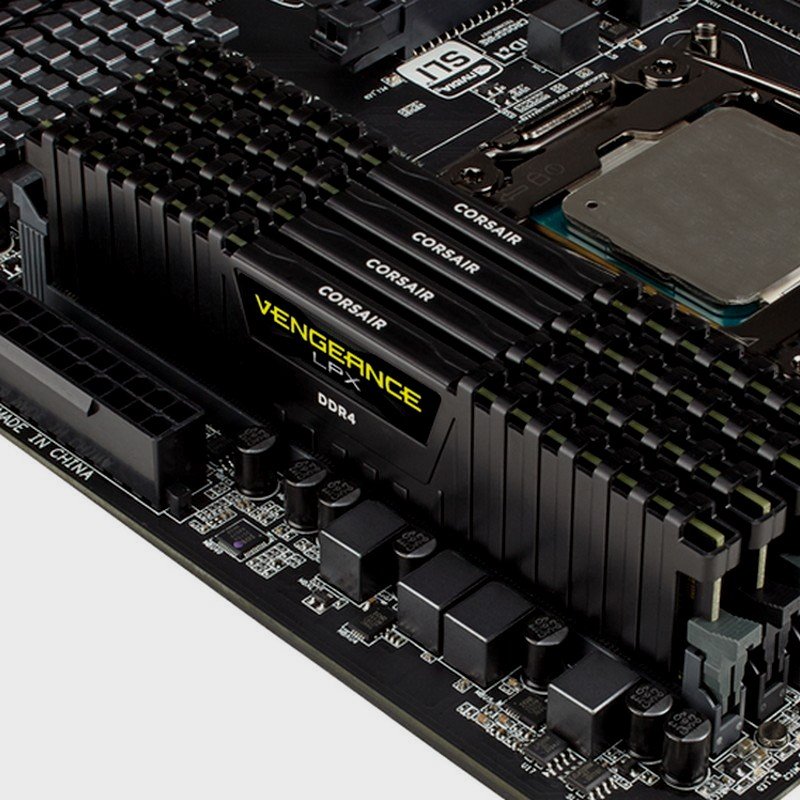 The vast majority of games work well these days 8 GB RAMSo that’s the minimum level we have to be at. Since we have a second generation Ryzen processor (Zen +), we need a two-channel configuration and a frequency of at least 2,666 MHz so that it can reach its full potential.

If we were to provide faster RAM, we would get a bit more performance, though The relationship between invested money and FPS improvement does not compensate. That is why we chose a 2 x 4 GB Corsair Vengeance LPX DDR4 2666 MHz CL16 kit that offers full compatibility with the devices we built and has an excellent surface quality. 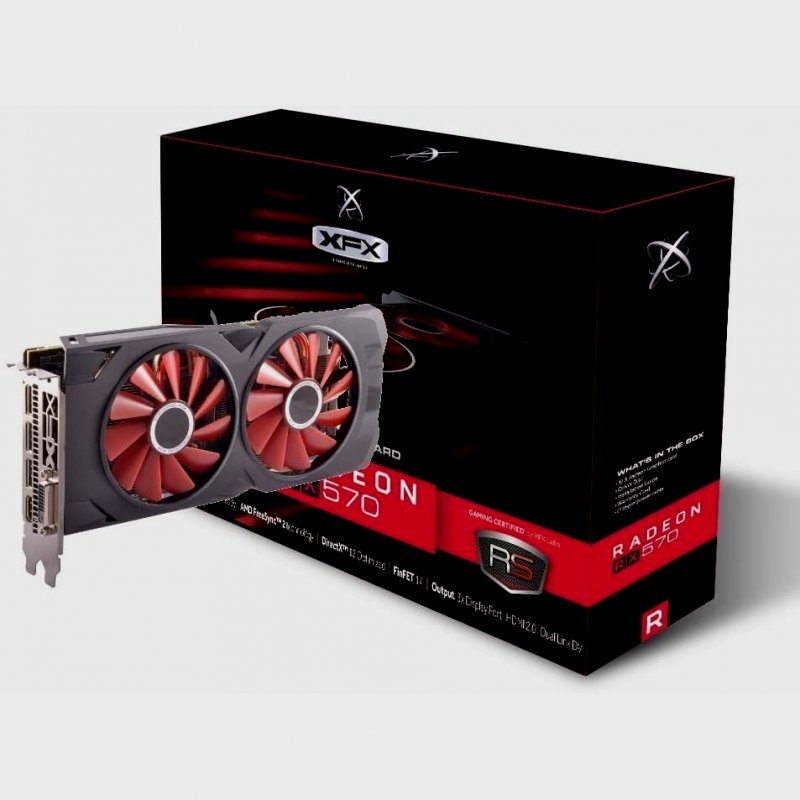 We want to build a low-cost PC that plays with minimal guarantees in 1080p and achieve this we have to avoid the low area directly. This is why it was so important to reduce spending on other components without sacrificing “serious” people.

An option very solid and very balanced, that we can buy for 144.90 euros. 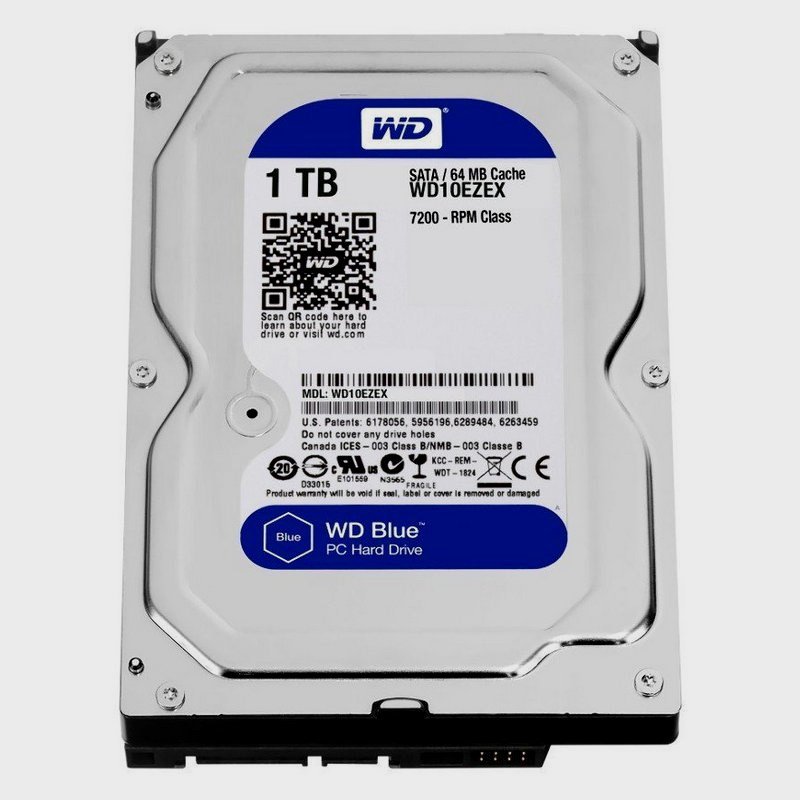 We decided to do this for budget reasons Combine 1 TB hard drive and 120 GB basic SSD. The idea is very simple: on the SSD we will install the operating system and basic applications that we need, while the hard drive will be used to install our favorite games.

The hard drive unit we chose is a 1 TB WD blue at 7200 rpm with 64 MB cache a very balanced model, since it is able to achieve sequential write and read speeds 160 MB / s, and that has a very interesting price: 34.94 euros.

Alternative: If you can spend a little more, it is ideal to mount a 1 TB SSD. You can add a 1 TB or 2 TB hard drive as secondary storage. 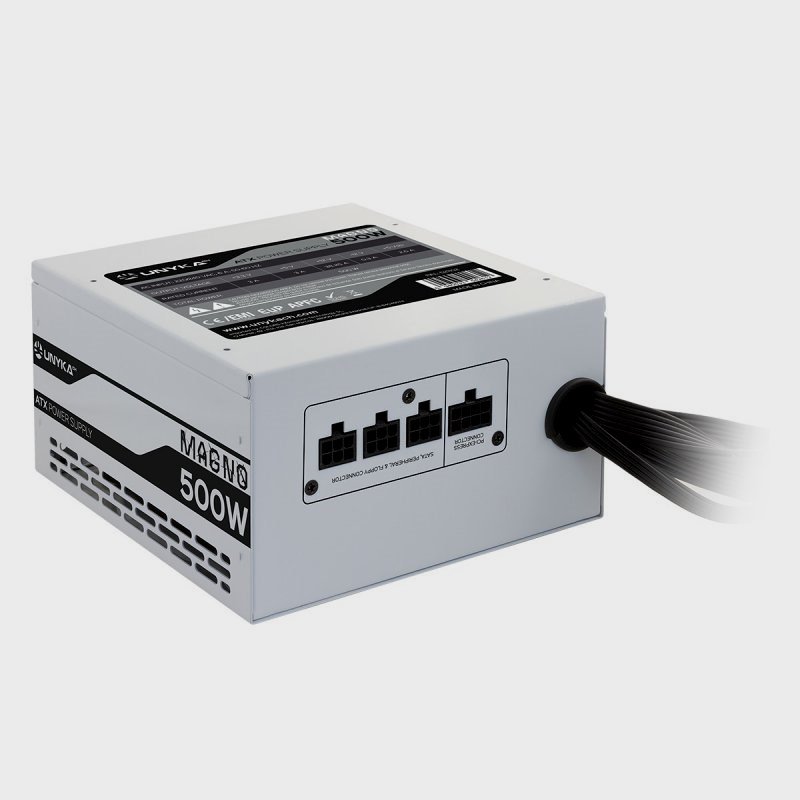 We keep the budget under control. The affordable 1080p gaming PC we built not particularly demanding In terms of performance, however, we need a source that provides us with minimum guarantees and that gives us enough leeway to deal with future updates without having to replace them at the first exchange rate.

Taking all of this into account and the budget we have, we chose that UNYKAch Magno White 500 wattsA semi-modular source with all the necessary connections offers an efficiency of 87% and 38.25 A in the 12 V rail. The best we can find in its price range. 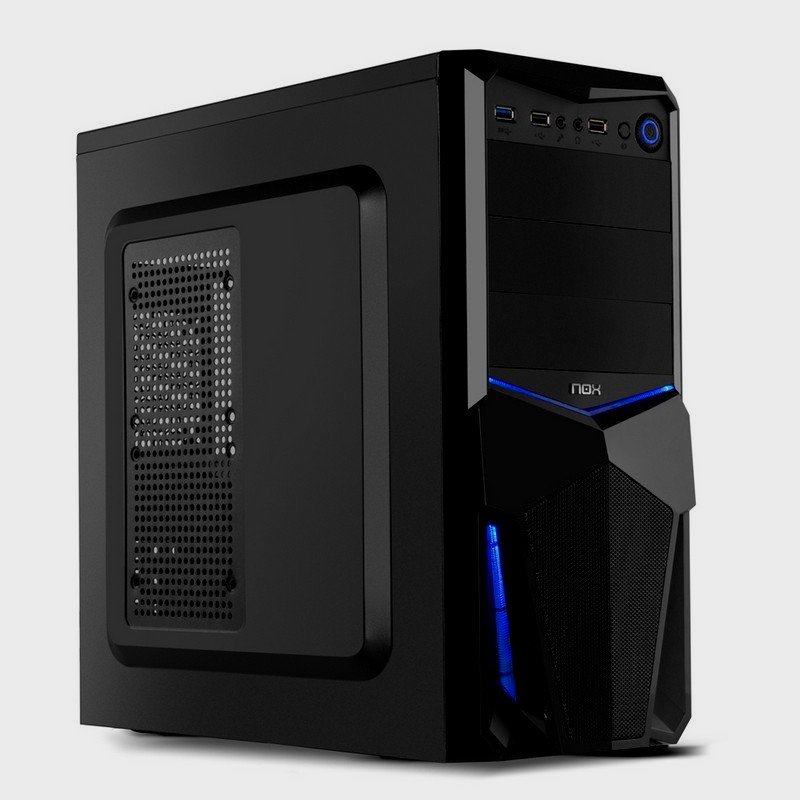 We come to a component that, as I always say, is a little more “optional” because it plays an important role on an aesthetic level, and therefore it largely depends on the personal taste of everyone.

In this case, we chose the Nox Pax Blue Edition USB 3.0 for four very simple reasons: It has a nice design, has all the space we need, It allows Manage cabling and it has a very good price, 21.90 euros.

This chassis contains a fan at the front, however It has multiple spaces This allows us to add more fans.

Alternative: It is not necessary to use another tower. However, if you do decide to do so, make sure there is enough space to mount your devices and that you can manage the wiring well and generate good airflow.

Final price and performance of this affordable PC for 1080p 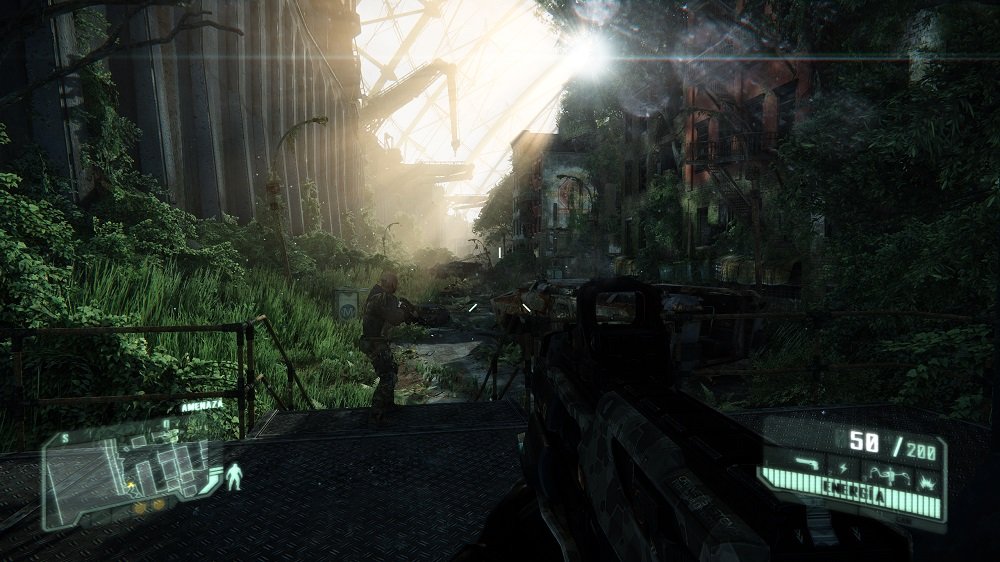 With the basic configuration we’ve given you in each section, this economical PC has 1080p a price of 411 euros. As you can see, we stayed in the 400 euro range. We could even see a decline if we removed the 128 GB SSD. However, we recommend that you keep them to account for the difference in boot time and overall fluidity of the operating system.

The operating system fly thanks to SSDand we have some leeway to install a game or two in this device without worrying about space. The hard disk unit complements this configuration perfectly, since we can install titles with less pronounced loading times in it.

In terms of performance, we can easily play any current track with this PC. 1080p and high or very high qualities with a few exceptions to poorly optimized titles like Red Dead Redemption 2, where the ideal is to choose a mix of medium and high quality.

The expandability of this inexpensive gaming PC is very good despite the limited budget. For example, we could drive in the future a Ryzen 5 2600 and a GTX 1660 Super No problem, and we would enjoy a huge leap in performance.

How to use Shazam on a PC computer