Intel Core processors have been with us for several years. The name change that the Santa Clara company faced with the launch of the Core 2 Duo and Core 2 Quad it meant the partial abandonment of the Pentium brand, a movement that was motivated, in part, by an exhaustion of it and the bad result they obtained with the Pentium 4 and the Pentium D.

The first generation of Intel Core processors came to light in 2006, although the current nomenclature (Core i3, Core i5 and Core i7) was subsequently adopted with the launch of the Nehalem architecture, back in 2008. A change of nomenclature usually implies some confusion until the user gets used to it. It was not difficult, and thanks to the stagnation experienced by the general consumption processors sector, a status quo situation occurred that allowed most consumers to differentiate in a relatively good way between the different Intel Core processors that commercialized the homonymous company.

Today, however, we want to go deeper into a more specific topic, Intel Core processors for general PC consumption. In this guide we will tell you what differences exist between the Core i3, the Core i5, the Core i7 and the Core i9 from different generations, we will talk about its performance in general, both in terms of gross power and IPC, and we will help you choose the model that best suits your needs, and your budget. 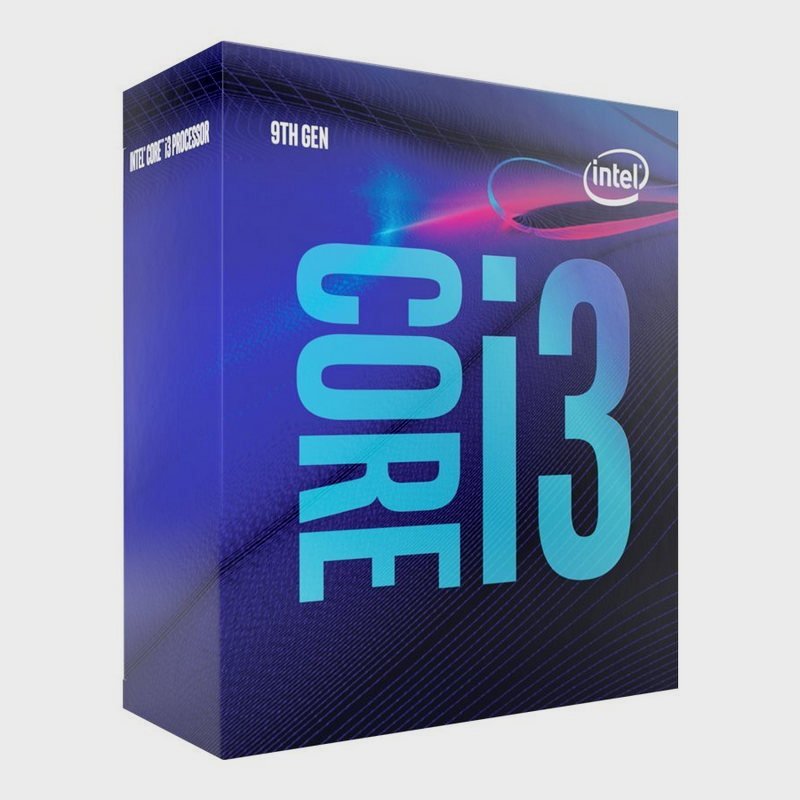 Intel was able to take advantage of that reality and differentiated Core i3 processors by integrating two-core and four-wire configurations, thanks to HyperThreading technology. This made them a low-end solution that could, however, offer good gaming performance. They were cheap and powerful, a reality remained unchanged for many years.

With the release of additional CPU-level resources on PS4 and Xbox One, and with the arrival of PS4 Pro and Xbox One X, which bring CPUs more frequently, more and more games began to need quad-core physical processors, and some need up to six cores to work in a completely optimal way.

The IPC of the Core i3 is up to the other Intel Core processors within its same generation, but they have lower working frequencies and they don't have turbo mode, which means that its frequency does not scale depending on the workload. The ninth-generation Core i3 broke that limitation, but they have A turbo mode quite contained.

They are efficient processors, and they remain economical. They offer good performance and can cover the needs of most current users without problem, especially from the eighth generation, thanks to the jump to a four-core and four-wire configuration.

In case you plan to ride a low cost PC and you want to be able to play With guarantees they can be a good option thanks to their four cores, but remember that they already begin to show a clear exhaustion with some games. If you are going to set up an office and multimedia equipment, any current Core i3 will offer excellent performance and cover your needs for many years.

Intel Core i5 processors: the mid-range is renewed 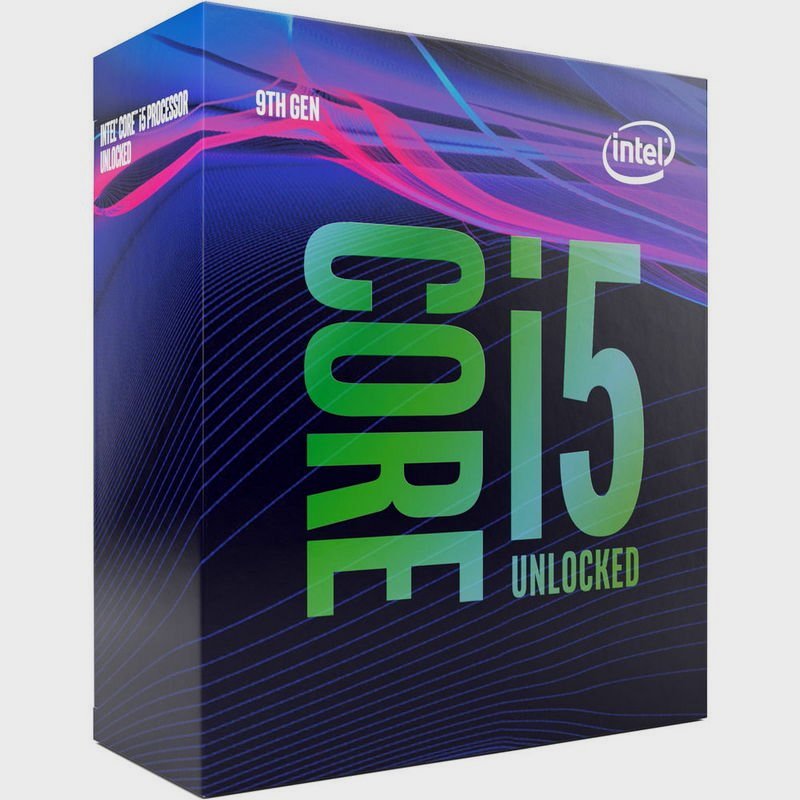 With the Core i5 we make the leap to the mid-range. This line, like the previous one, has gone through an important transition that has been motivated by the increasing use of the processors of more than four cores, and also by the push of the Ryzen series of AMD.

Since its origins, Core i5 processors have been configured, with few exceptions, with four cores and four threads. This, together with an adjusted price and the integration of the turbo mode, made them the favorite option of the players They wanted to ensure an optimal experience both in the short and medium and long term without having to make an excessive investment.

Its price reaches double that of the Core i3, but as a counterpart they offer twice as many cores At that stage of transition from the two to the four cores, the differences between the two ranges were almost non-existent, but the consolidation of PS4 and Xbox One made it more and more marked. Those who invested at the time in a Core i5 saw how it aged much better than a Core i3, thanks to that difference of two cores.

Intel Core i5 processors have had four cores and four threads from the first until the seventh generation. From the 8000 series Intel made the leap to a six-core and six-wire configuration, a bet that has also been maintained with the Core i5 9000 series. That two-core increase makes an important difference in many current games, and It ensures a longer life.

As in the previous case the IPC of the Core i5 is the same than that of the remaining models of the generation in which it is framed, but the inclusion of the turbo mode represents an important advantage over the Core i3 that lack this characteristic, since it effectively scales the speed depending on the load of I work to improve performance.

These processors have experienced a significant price drop thanks to AMD's growing competition in the general consumer CPU sector. Today we can find models like the Core i5 9400F by just over 150 euros, a chip that thanks to its six cores and six threads can optimally move any current game.

The quad-core models (Core i5 7000 and below) are showing the same symptoms of exhaustion in games as the Core i3 8000 and 9000 because they have a very similar configuration. The Core i5 8000 and 9000 are good gaming processors and an interesting option to mount mid-range equipment with a Good performance assured in the short and medium term.

Intel Core i7 processors: the king gives the crown 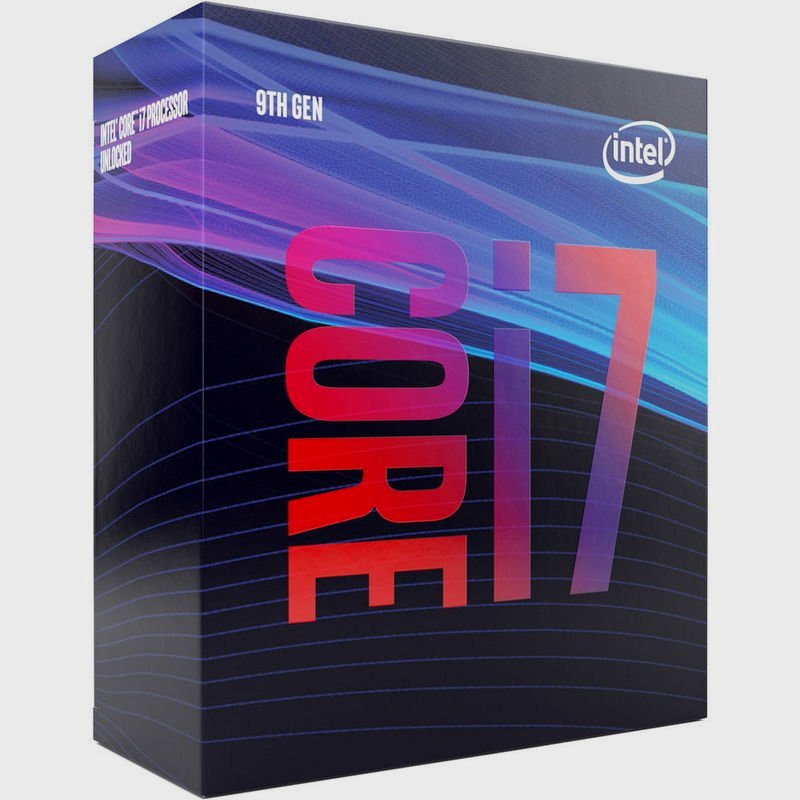 Intel Core i7 processors were the most powerful in Intel's general consumer catalog, a situation that changed with the arrival of the Core i9, a line that debuted with the launch of the series Coffee Lake Refresh. We will talk about them at the end of the article.

That step from being top of the range to being mid-high range has had important consequences, but let's start in order, from the beginning. The Core i7 within the general consumer market for desktop PCs have had four cores, like the Core i5, but they have differentiated from them through HyperThreading technology, which has allowed them to handle Eight threads

Their performance in games was practically identical because, as we said, until relatively recently they could not take advantage of the potential of processors with more than four core-threads. The price difference between the two was, however, very high. The Core i7 could cost twice as much as a Core i5 and did not offer a real performance improvement at the time, so its price-performance value for a normal user was very weak.

That four-core, eight-wire configuration, coupled with a more aggressive turbo mode than the Core i5, remained to the seventh generation Core (7000 series). Starting with the eighth generation Core i7 (8000 series) Intel configured them with six cores and twelve threads. With the arrival of the 9000 series (Ninth Generation Core) there was a major change, and Intel decided to raise the core count to eight, but eliminated HyperThreading technology, which reduced the number of threads to eight. It was a controversial decision that allowed Intel to introduce the Core i9 series, as we will see below.

Intel Core i7 processors have been revalued in a significant way. Its CPI is the same as that of the lower ranges, although thanks to its greater cache and its turbo mode they achieve minor differences in monohilo performance.

The Core i7 8700 and 9700 remain in the market with an almost identical price, but the seconds are a better option, since they have eight physical cores. They are perfect for moving demanding games and applications, and are prepared to face the transition marked by PS5 and Xbox Series X without problems.

Intel Core i9 processors: the most powerful Intel 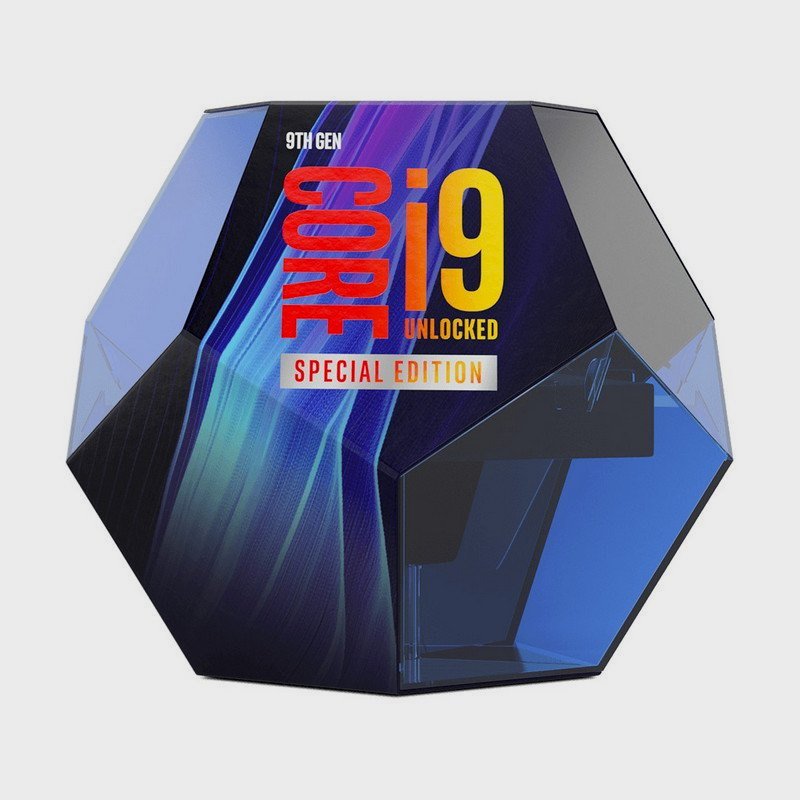 It is a new range, since its debut has been produced with the launch of the Core 9000 series. As we anticipated in the previous section they have become the top of the chip giant's range in the general consumer market, and have displaced the Core i7, although they have not done so bluntly.

The only difference between the Core i9 9000 and the Core i7 9000 is in the integration of HyperThreading technology. This means that the former have eight cores and sixteen threads thanks to such technology, while the seconds come with Eight cores and eight threads.

This does not make a real difference in games and in most applications that we use at the domestic level, and I don't think that this situation will change in the long term, so for the price-performance value the Core i9 9000 are in a lower position compared to the Core i7 9000, since they cost around 150 euros more and (Core i9 9900K versus Core i7 9700F) and do not justify that difference with a noticeable improvement in performance.

With the arrival of Intel Comet Lake-S processors (Tenth Generation Core) we expect an important leap. The Core i9 series 10 will have 10 cores and 20 threads.

As in the previous cases there is no difference at the CPI level between ranges, provided we move within the same generations. A Core i7 9700 has the same IPC as a Core i9 9900, although the second has greater multi-threaded potential thanks to HyperThreading technology, as we have commented.

They make sense for users who use the PC to play and to work, and also for those who resort to applications capable of taking advantage of configurations of up to sixteen threads.

Obviously, thanks to its eight cores and sixteen threads, they can overcome the entire validity stage of PS5 and Xbox Series X Without any problem.