The great artist Leonardo Da Vinci painted “The Last Supper” between 1495 and 1498. He did it for the Santa Maria delle Grazie convent in Milan and he did it for free. The piece is based on the restoration of Jesus’ last supper, which is described in chapter 13 of the Gospel of John. The work is surrounded by secrets and curiosities.

It measures 4.60 meters high and 8.80 meters wide and is painted with tempera and oil. It is one of the most famous works in the world and its care is very meticulous. It is located on the wall of the aforementioned monastery and in order to maintain the right climate in the room, only 25 people are allowed to enter.

The work is a fresco that Leonardo endowed with naturalism and truthfulness. He wanted to give the painting all the drama of the moment the apostles heard of the betrayal. Innovative feature for this time. Even so, I am not putting aside what was highlighted in Renaissance paintings.

The materials Leonardo used were not the best to achieve a good preservation of the work. He put a plaster base on the canvas and this did not allow the oil to be absorbed. They made several restoration attempts until the last one, which was made in 1999.

A few years after its completion, Giampetrino, a pupil of Leonardo, made a copy of it. He was able to restore the details that had already been lost due to the deterioration. They made numerous copies of this version on the market.

Since its inception in the late 15th century, the work has been surrounded by various secrets and secrets. Throughout history, numerous specialists have tried to decipher it, each of them receiving their own version of the analysis carried out on the painting.

For example, they say that in the painting the youngest of the disciples could be named John Magdalena. The free space between Magdalena and Jesus forms a V in which they see the Holy Grail. Other people found other drawings hidden in the painting, such as that of the Virgin Mary and also that of a Templar. But they deny these versions and affirm that they are inventions. 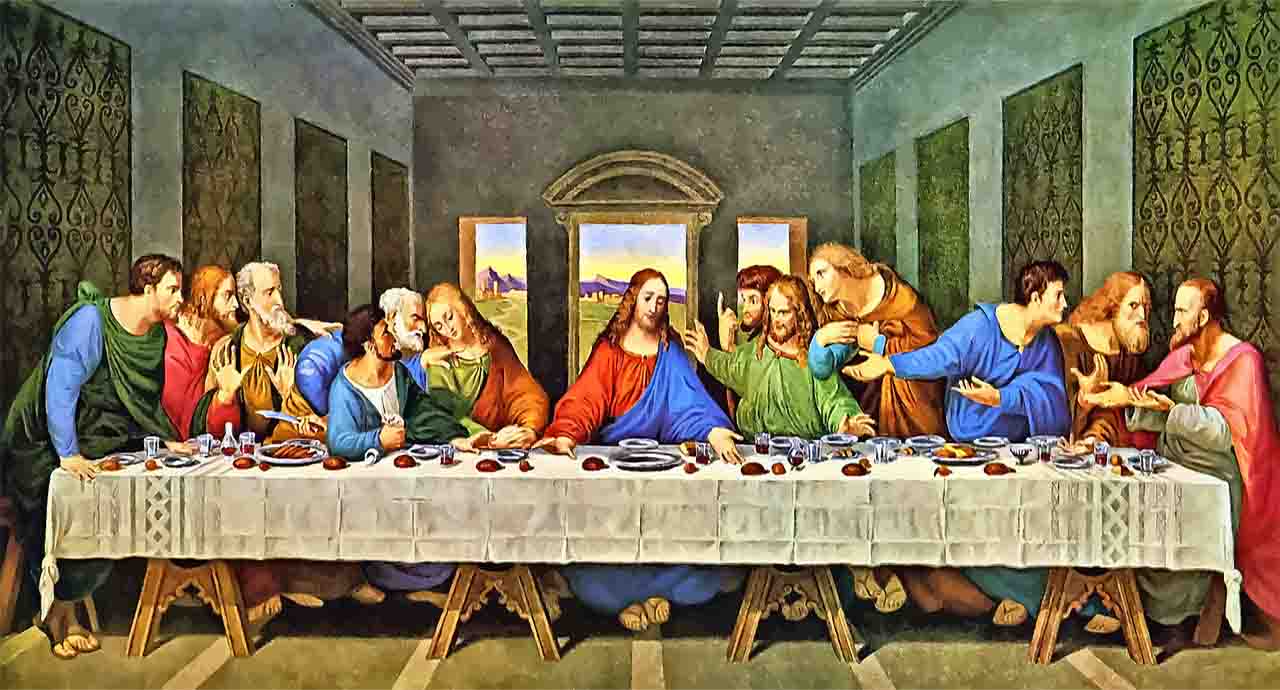 They also believe that Da Vinci incorporated gems into the clothing of the play’s characters in The Last Supper. He added twelve gems. He gave each gemstone the color that indicated the personality of each one of them. For example, he placed an emerald on Christ’s neck, symbolizing peace and rebirth.

It is curious that, according to the studies carried out, in the various copies made over time, the size of the food differs from the original painting. The dishes and the food are bigger, more than 60%. It is a trend that is noticeable in the paintings of the last millennium.

In 2020, specialists from Google Arts & Culture took pictures with millimeter details. They made it from Giampetrino’s copy. They used a gigapixel digital machine. In this way, they have restored details of the original work that were lost due to deterioration. “The Last Supper” can be seen in digital form with the magnificence of every detail. For the recordings they use a special technology with which even the smallest details can be displayed with a very high resolution.