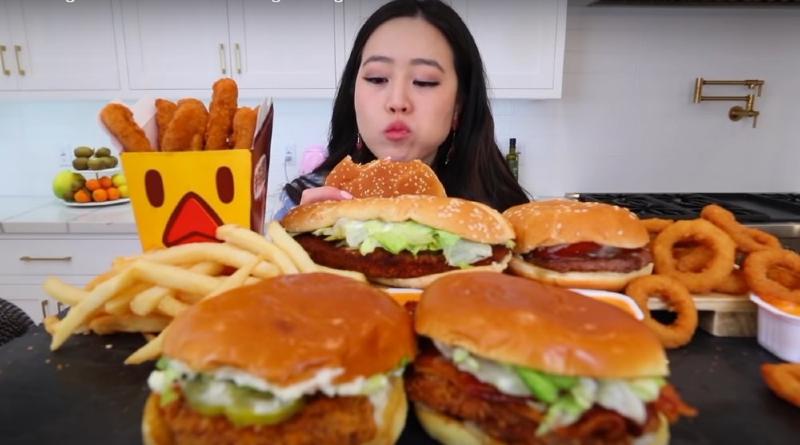 If you take into account that ASMR (Autonomous Sensory Meridian Response or Autonomous Sensorial Meridian Response in Spanish), which consists of whispering videos or making incomprehensible sounds, is one of the most common fashions on YouTube and the like, it may not be so surprised the existence of the mukbang and how it has succeeded in the Internet in recent months.

Mukbang, a Korean word that can roughly be translated as “broadcast while you eat”, is the trend that, with great care, has turned people who devote themselves to food preparation into influencers for later. consume them in front of a camera.

Like ASMR, it’s not a niche taste or fetish as there are people out there who are into this activity They collect millions of followers. Such is the case with Sna, a Korean influencer with more than six million followers on TikTok who has seen Sna prepare and eat around 270 different dishes for the past year and a half.

More than 10 years ago The mukbang is originally from Asia, a part of the planet where it is hugely popular, although it has not yet reached the same heights that the ASMR has in the west. And while the idea of ​​seeing and hearing someone eating may not sound very appealing, various Asian cultures accept noise from eating as perfectly normal.

What is the Clean Plate Campaign?

But not everything is revealing to Mukbang as the Chinese government has targeted this practice. Due to the current trade war between China and the United States, the Asian country fears that there could be a food shortage.

That’s why they started the “Clean Plate” campaignwhich urges the population to eat responsibly and without wasting. According to this line of reasoning, the Chinese official broadcasters received several reports on the Munkbanger, accused of eating obscene amounts of food just for entertainment.

Chinese social media users like Kuaishou or Douyin, TikTok’s Chinese sister app, see notifications telling them not to waste food or eat right. Therefore, a ban on munkbang videos in China could be imminent. the corner.