LEGO provides Vidiyo, an innovative video creation platform, for children between the ages of seven and ten promotes creativity, while the pieces of the well-known brand are brought together through augmented reality.

Vidiyo is designed like a social network and enables the production of videos in which both real images and augmented reality are combined. In addition, Vidiyo can share the result on a secure platform for minors. Users can experiment with video, with the contribution of augmented reality Thanks to the agreement between this label and the Danish toy manufacturer, you can also add music from the Universal catalog while interacting with LEGO games.

The resulting videos, which are up to 60 seconds long, can be trimmed to 5, 10, 15, or 20 seconds for sharing, another feature of Vidiyo. All content is monitored prior to posting on the public feed to prevent the dissemination of information that could be personally identified. For example, videos featuring minors cannot be broadcast on the LEGO Vidiyo public feed and can only be sent to friends and family members via the app and from the mobile device itself. 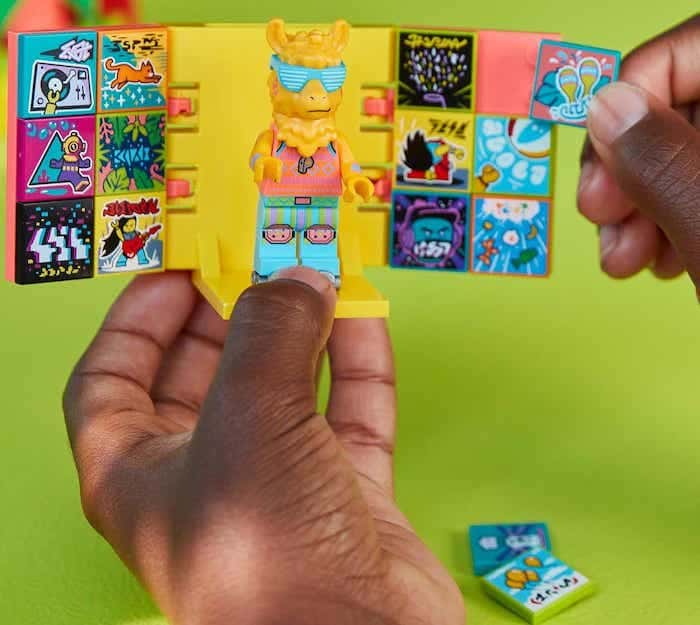 With Vidiyo, kids can write, direct, play along and record their own videos where they appear, or their Lego toys that acquire pre-defined movements with no limits other than their imagination and the experience of augmented reality and immersion in fantastic universes Add BeatBits special effects, undoubtedly another great contribution from Vidiyo.

These are small pieces of plastic that are sold separately and, once scanned, provide access to various special effects that are added to the videos. Here you will find effects such as black and white images, x-rays, confetti rain … and sound effects such as scratch Characteristic of a DJ or speech effects applied to the recording of the voices of the protagonists of the video.

These BeatBits can also create immersive virtual spaces for those who appear in the video (including the characters) thanks to augmented reality, and scenarios can also be created by scanning the traditional Lego blocks.

With Lego Life, the company made its first access to the universe of social networks and made it possible to create avatars with the shape of their figures. Now it’s about children themselves, who in their own videos with the above additions of special effects and music, selected from the most popular songs from Universal’s extensive catalog. Lego Vidiyo products will be available from March 1st.