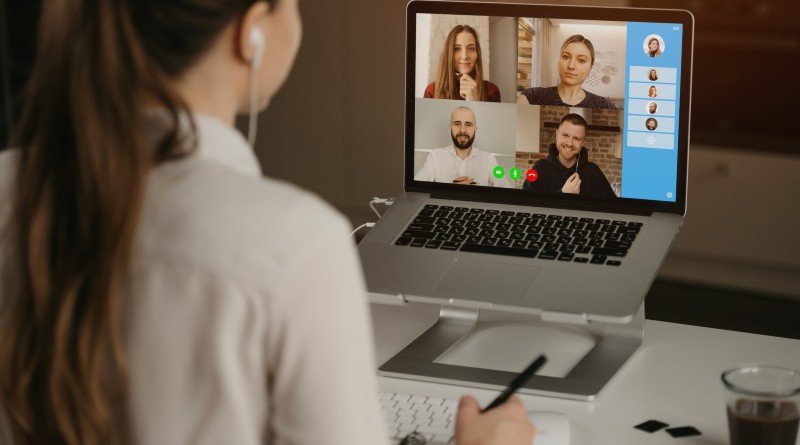 When you’re on a video call, don’t get distracted and tap on the computer keyboard to quickly reply to an email or message on WhatsApp Web – something very common – as they may know what you are writing.

A team at the University of Texas in the United States developed a method by which to analyze the movement of their shoulders and arms to determine what a user is typing without having to concentrate on it. This can be used by a “malicious” person and let you know what a user is typing during a virtual meeting. Imagine you have taken the opportunity to make a transfer: for example, you might know your access codes or your PIN number.

The Technology is called “Zoom Snooping” and can be used in any video calling app like Zoom, Google Meet, Skype… To determine its use, the researchers carried out tests in a controlled environment in which the exact model of the chair, keyboard model, configuration and webcam used were known, achieving an accuracy of 75% in determining the data written has been. However, when the “zoom snooping” technique was implemented in an uncontrolled environment, the percentage of accuracy decreased by 20% compared to the controlled one, according to the conclusions of the report.

To conduct the research, they captured the moving images frame by frame, and based on the position of the pixels, a high-resolution video could be used to determine which direction the pulsations were going when they went up or down. left to right. They then mapped keystrokes on a QWERTY keyboard to infer what was written.

This drawing explains the measurements taken on the movements of his shoulders and arms to determine the words he is writing.

In addition to these factors used in the controlled environment test, the study found that the process becomes difficult if the user is wearing a long-sleeved shirt or has long hair and it covers their shoulders. Hence, covering the shoulders and arms can be seen as a way of misleading intruders and ensuring safety from the “zoom sniff” during the video call.

It is also wise not to write anything that reveals private or personal information while the camera is on. So you have to be careful, because we no longer just have to worry that someone will take a screenshot in a virtual meeting and introduce the users represented in the photo to those who have what intentions. Now it is also possible to find out what we are writing.