Almost 58% of the world’s population is already an active user of social networks, which means that accesses one of these platforms at least once a month. This is what the results of the digital 2021 report by Hootsuite and We Are Socialwhich have released the October update with new facts and figures on Internet usage around the world.

Although in the last three months the growth is being less pronounced than in the rest of the year, the global total of social network users is growing at a rate of more than one million new users every day, according to data from the Digital 2021 report for the month of October. 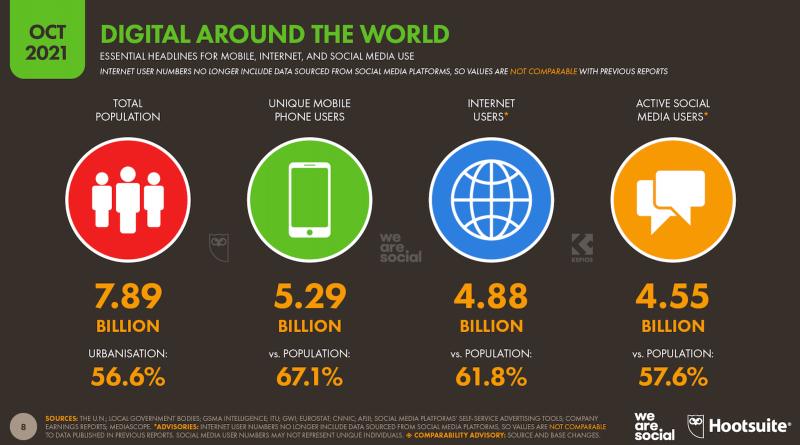 This study also provides other interesting data, which update those included in previous versions. For example, it highlights that more than 66% of the world’s population already uses a mobile phone. In fact, in the last 12 months the number of people using a mobile phone has increased by almost 100 million and there are now 5.29 billion people worldwide who have one of these devices.

The report notes that users spend, on average per day, 7 hours surfing the Internet, 3 hours and 21 minutes watching TV, almost 2 hours and 30 minutes on social networks, more than 1 hour and 30 minutes listening to streaming music and almost 1 hour and 15 minutes playing video games.

The report notes that WhatsApp is the network preferred by users while Facebook is the most used network in the world. Just yesterday Facebook updated its user figures, communicating that it has already exceeded 2.91 billion per month.