If you are thinking of creating a new PC or upgrading an existing one, whether desktop or portable, the bet to cover the internal storage will inevitably be made through an NVMe SSD. Or more if you need more capacity / performance and your budget allows it.

Hard drives were a bottleneck for PC performance. A fast processor and a high-level graphics card were unhelpful, though The storage unit punished the movement of the data. The solid-state drives have fixed the problem, and the truth is that they have been one of the most important hardware improvements in recent years.

The advantages are direct and immediate In terms of performance, the amount of time it takes for the operating system to start up, launch applications, transfer files to the drive itself or to other internal or external files, and restore the computer from sleep mode. Its advantages are also transferred to other areas such as consumption, heat emission or emitted noise, which is zero if no moving parts such as hard drives are used.

Although the first models weren’t free of operational problems at the beginning of the decade, current models have also improved this section, and today an SSD offers error resistance and durability that is equal to or greater than that of hard drives. Finally, reducing the cost of the NAND flash memory on which it is based has lowered its price per GBHowever, this is the only area in which hard disks still dominate.

What is an NVMe SSD?

The first consumer solid-state drives were released in the standard 2.5-inch form factor (which is also used by small hard drives) and connected to the most frequently used and supported SATA interface. The industry soon proposed other physical formats and a more advanced interface to increase the potential of SSDs. 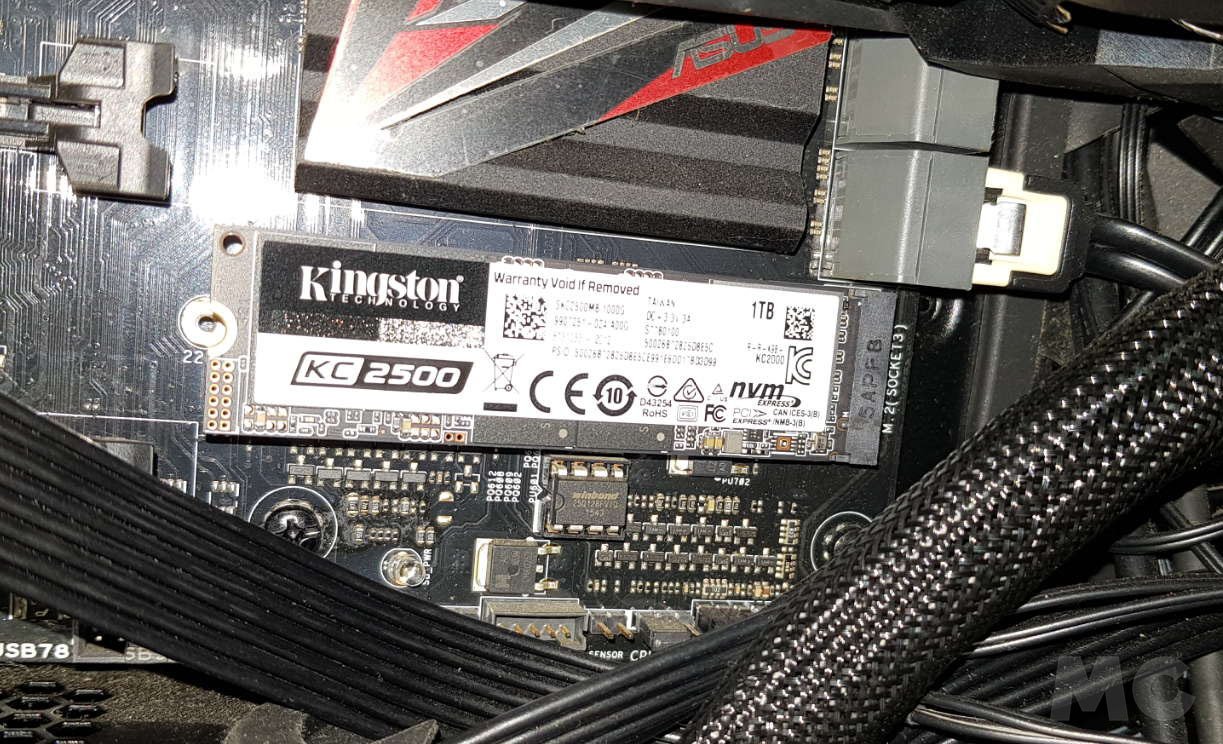 NVMe or Non-volatile memory express It is a completely new interface, with which SSDs and other components can be executed directly via the physical interface PCI Express (in the medium term the only bus for the future of the PC) and its advantages such as the direct connection to the processor of a can use computers, something SATA cannot.

Modern NVMe SSDs can be self-startingSo you can completely do without other storage units, although you can work perfectly with them. This strategy has been followed by many users and combined with other SATA or even hard drives to increase the performance of these NVMe and increase storage capacity at a lower cost.

M.2, associated with NVMe, but a different matter

In addition to the NVMe interface, a new form factor for solid-state drives has been added in recent years. They are connected, although they should not be confused because they are different things and M.2 refers to the format and physical size. In fact, this form factor, distributed in small modules, is also used for other types of components such as Wi-Fi, and there are also other M.2 for storage devices connected to SATA. Very few units of the latter have been sold and have practically disappeared.

M.2 was developed with the aim of minimizing the size of the unit. The connector is rectangular, you can take one or both sides to mount the memory chips, and they are offered in different versions depending on the width and length. Although NVMe is also used in other form factors such as typical PCIe cards and even in 2.5-inch drives for the business market, these M.2 NVMe SSDs have brought additional benefits.

All of this should already give you a basic idea of ​​the benefits of a type of solid-state drive, which should be the first option when building new devices or upgrading existing ones. Assuming you have support for it, it goes without saying that not all older computers have this type of M.2 connector or support for NVMe.

You can find them in new laptops or motherboards for the desktop. PCIe 4.0 on Intel platforms for the PCIe 3.0 interface and on modern AMD cards. The best cards have multiple ports, so you can mount multiple NVMe SSDs and use additional RAID.

The NVMe interface is much faster than SATA and enables significant performance improvements in both reading and writing. For example, the fastest SATA drives offer sequential read / write in an environment of 550/500 Mbytes per second, practically at the limit of what the interface can offer.

In comparison, NVMe PCIe can multiply this speed by six and exceed 3,000 Mbytes per second. SSDs connected to PCIe 4.0 can achieve tremendous performance 6,000 MB per second and its potential is immense as the new PCIe 5.0 version will be available in the coming years. This leads to a noticeable improvement in every type of task, faster cold start or restart times, file transfers, activities such as file compression and decompression or photo and video editing.

Latency is also improved. A modern NVMe SSD offers values ​​between 300 and 500 µs when reading and 1 to 2 ms when writing. This means that the time it takes for these units to find the data you need is much shorter. This leads to extremely low transaction latency for large amounts of data.

This makes it an excellent option for all types of laptops and convertibles or mini PCs, but also for desktop computers, as this is another advantage You will be pierced directly on the motherboard and they don’t have to occupy another room or use power or data cables.

NVMe SSDs consume only a negligible amount of power and are therefore ideal for all types of particularly ultra-portable computers or tablets. When inactive, they consume 0.0032 W while consuming an average of only 0.08 W. A SATA SSD can consume 0.195 W in standby mode and 0.279 W in operation. A hard disk multiplies this consumption value several times.

The lower energy consumption also leads to another advantage: less heat generation. In this section, it should be noted that some NVMe SSDs have suffered from high temperatures depending on their location in the device. Today’s midrange motherboards usually have their own heat dissipation systems for these devices. 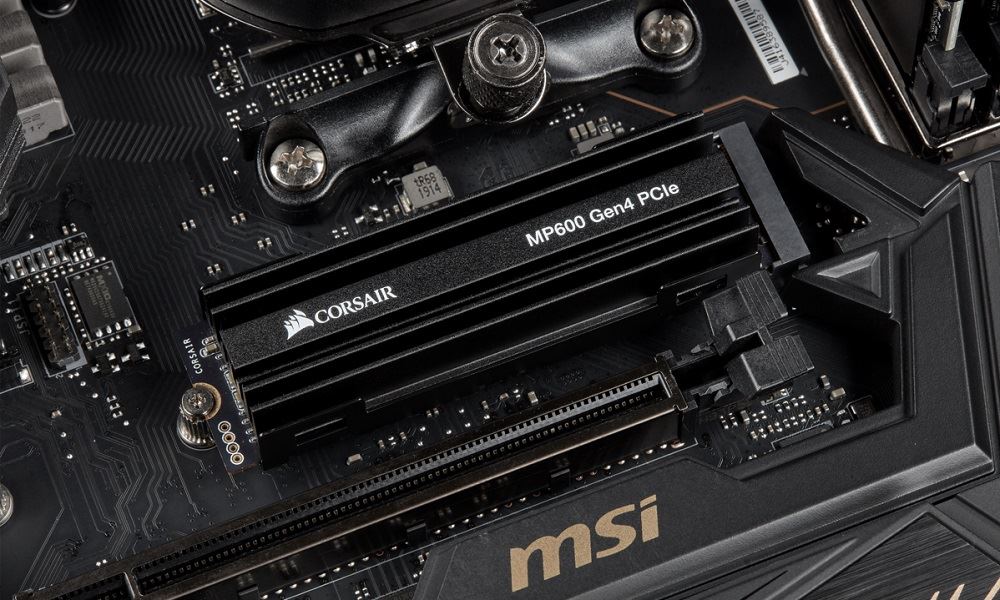 In summary. If you have a computer that supports NVMe SSD, don’t hesitate. The benefits are noticeable in terms of performance, size or consumption to build a new PC or upgrade an existing one. They are still more expensive than SATA SSDs. So if your budget is small, you can choose the above strategy that many users have followed.

Buy a low-capacity drive to use as the main unit for the most common operating system and applications, and take advantage of SATA SSDs (or even hard drives) while cutting prices for higher-capacity NVMe SSDs waiting.

If your budget allows, the most advanced motherboards offer 2 and 3 slots under AMD platforms for installing M.2 solid-state drives in RAID and under the PCIe 4.0 interface. It is the most advanced in the internal storage market and a performance guarantee to equip the best PCs.