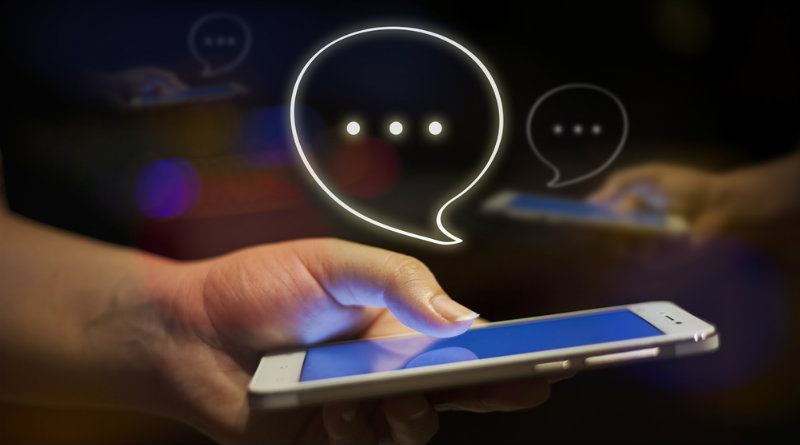 “Chat” is the popular term for talking to another user in the digital world. Chatting is very common, but few know the story behind “chats” and know that they were born long before the internet as we know it today. In addition, they were services with a very limited number of users that were very slow and extremely controlled. We are reviewing its history.

The “chat” was invented in 1960 as a communication system in real time, which can only be used to a limited extent, is controlled slowly and from the same computer

Originally “chats” were invented as such in the 1960s and were “programs that enabled conversations in real time”. Users were connected to the same computer from which they chatted with numerous restrictions: for example, messages could only be sent to a maximum of two users at a time. You didn’t work on a network.

Then, almost 20 years later, when the Internet as such did not exist and the ARPANET, a computer network developed by the US Department of Defense and used as a means of communication between academic and government institutions, Telnet was created. . This was an exclusive chat service between some American universities to initiate debates, discussions and online conferences in which the most important topics were linked to complex theories, chemical formulas, the big bang … but also jokes, jokes or flirtations were exchanged.

This form of communication was known as “chit chat” to refer to a type of disorderly conversation that was soon afterwards called simply “chat”. Telnet was efficient and fast for the time, and messages were exchanged almost in real time.

As early as 1988, The “Internet Relay Chat”, the popular IRC, is born. which, unlike Telnet, was not used solely for military, academic, or governmental purposes. It was created for public use by Jarkko “WiZ” Oikarinen, who is credited with designing the world’s first chat server, which he named “tolsun.oulu.fi”. This equipment was installed at the University of Oulu in Finland where Jarkko worked, part of the Institute of Information Processing Sciences.

The IRC was tested at Finnish universities such as Tampere Tech and Helsinki Tech and connected up to 10 users. A year later it was also tested with users from other countries, even though the World Wide Web did not yet exist and only 100,000 computers worldwide were connected to the Internet. 40 computers were connected, which are located in Finland, but also at the Massachusetts Institute of Technology (MIT), the University of Denver and the University of Oregon in the USA.

With IRC, the chat was organized by networks, each made up of several servers located at different geographic points. In addition, each network had different chat rooms or channels. Little by little, as the use of the WWW became popular in the 1990s, the IRC also became more popular. During the Gulf War between 1990 and 1991, some users were already using it to get information.

In the 1990s, the IRC made it possible to network and meet new people remotely, to exchange information instantly and to improve distance communication. No prior acceptance requests were required to join a chat. You just typed and started speaking. That began to change when Microsoft launched MSN Messenger in 1999 so that you can only talk to contacts registered in Hotmail. Soon after, Yahoo! Messenger that you could only talk to with contacts who were in Yahoo! Mail.

These platforms expanded the use of communication to include emoticons – forerunners of current emojis – and functions such as the exchange of files, voice and video calls. Shortly thereafter came the “Short Message Service” known by the acronym SMS, which made it easier to transfer chats from a computer to mobile devices and expanded the exchange of messages on the move.

After SMS, mobile chats have developed into instant messaging with services like WhatsApp, Telegram, Discord … which have gradually replaced SMS. It is still active but is more likely to be used by non-smart mobile device users or for commercial purposes.

On the other hand, with the popularization of social networks, chats also developed into sections in them to communicate with friends and contacts. This is how they change until the creation of Facebook Messenger, Twitter Direct Messaging or Instagram Direct.

As we’ve seen, chats have grown dramatically. From limited communications or from the same computer, you can chat with people without requiring authorization for the instant messaging era.

What is an H1 and how does it affect SEO positioning?