The release is just around the corner and this has got more and more players watching a PC to play Cyberpunk 2077, or an update So they can tweak their equipment and move the latest Triple-A title from CD Projekt RED, the well-known Polish studio that, as many of our readers know, created The Witcher series.

Last June we provided you with an article as a guide that specifically deals with setting up a PC to play Cyberpunk 2077 with warranties. We did not yet know the official requirements of said game, but we’ve ventured into different configurations and the truth is that In the end, we got it rightbecause the standard configurations we offered were not far from the minimum and recommended requirements published by CD Projekt RED last November.

Regardless, I think we can and will be able to customize the recommended settings for assembling a PC for Cyberpunk 2077 much better knowing the final requirements It’s worth updating this article For the introduction of the RTX 30 series from NVIDIA and the Radeon RX 6800 from AMD, two new generations of graphics cards that have marked a significant generation leap, although you already know that they have very low availability due to storage problems.

In this guide, we don’t limit ourselves to looking at PC configurations for Cyberpunk 2077 as expected. We also give you a number of Recommendations for upgrading existing devices and enjoy an optimal experience. Note that if you don’t meet at least the minimum CPU and RAM memory level and just want to upgrade the graphics card, you will likely not be able to fully play. That said, you’d need to do a full update of the CPU, RAM, and GPU.

Before I get on the topic, I also want to remind you that Cyberpunk 2077 is a game that is designed to support ray tracing and NVIDIA DLSS 2.0 technologyThis means that we can basically enjoy it better with the GeForce RTX 20 and GeForce RTX 30. This doesn’t mean we can’t play it well with the Radeon RX 6000. In fact, they do offer great performance, but they do. We must be aware that it will be optimized to take advantage of NVIDIA technologies. 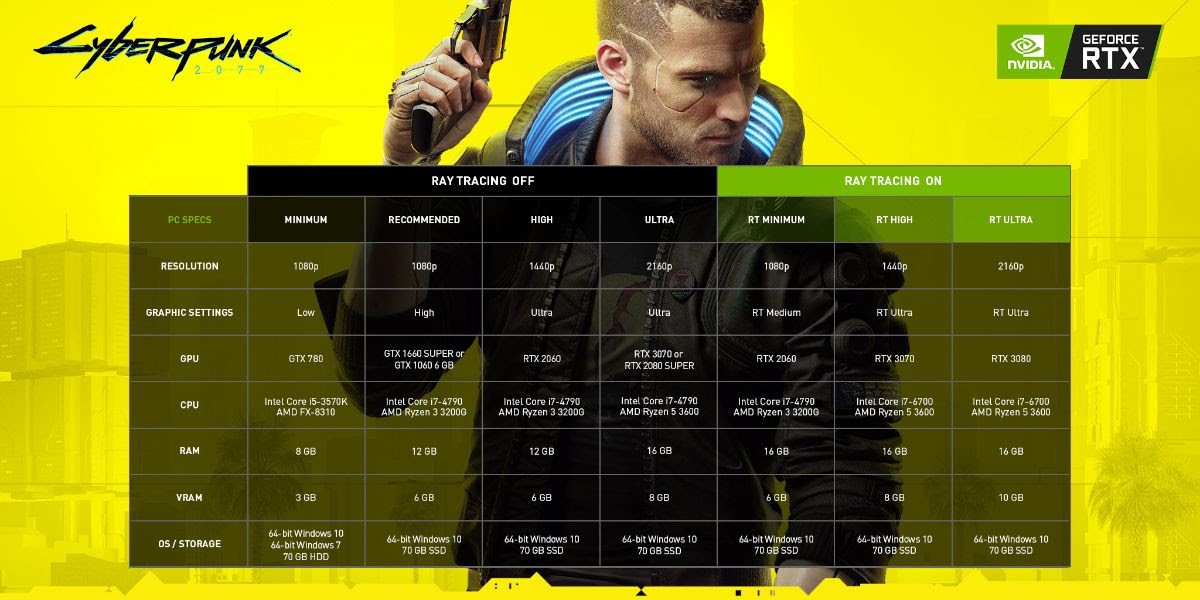 PC to play Cyberpunk 2077: what are the requirements?

Let’s start at the beginning of Define which requirements Minimum and Recommended CD Projekt RED set out to play Cyberpunk 2077, which is fundamental as it gives us the foundation we need to develop this entire guide.

If we want to play Cyberpunk 2077 fluent in low quality and 1080p resolution, something that is not recommended, we need:

I have corrected the equivalence errors, since an AMD APU was specified instead of a CPU in the official list and the GTX 1660 Super was equated with the GTX 1060 if the former is more powerful and is almost at the level of a GTX 1070. 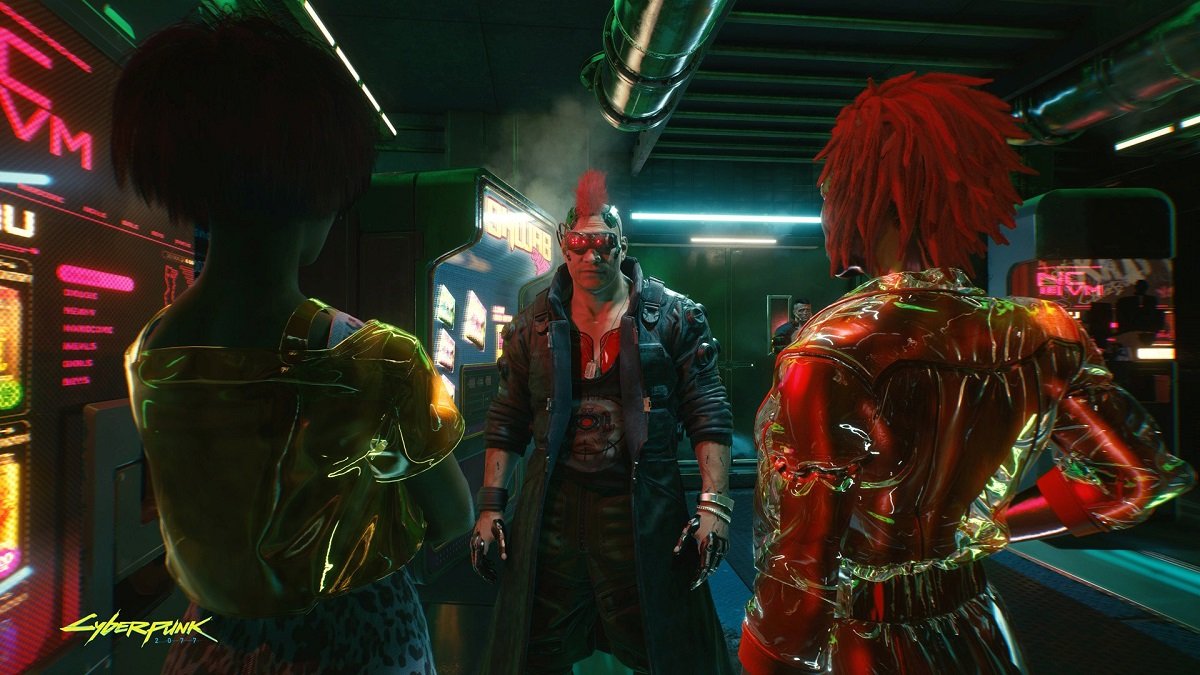 A PC to play Cyberpunk 2077 1440p and high quality You must have these specifications: 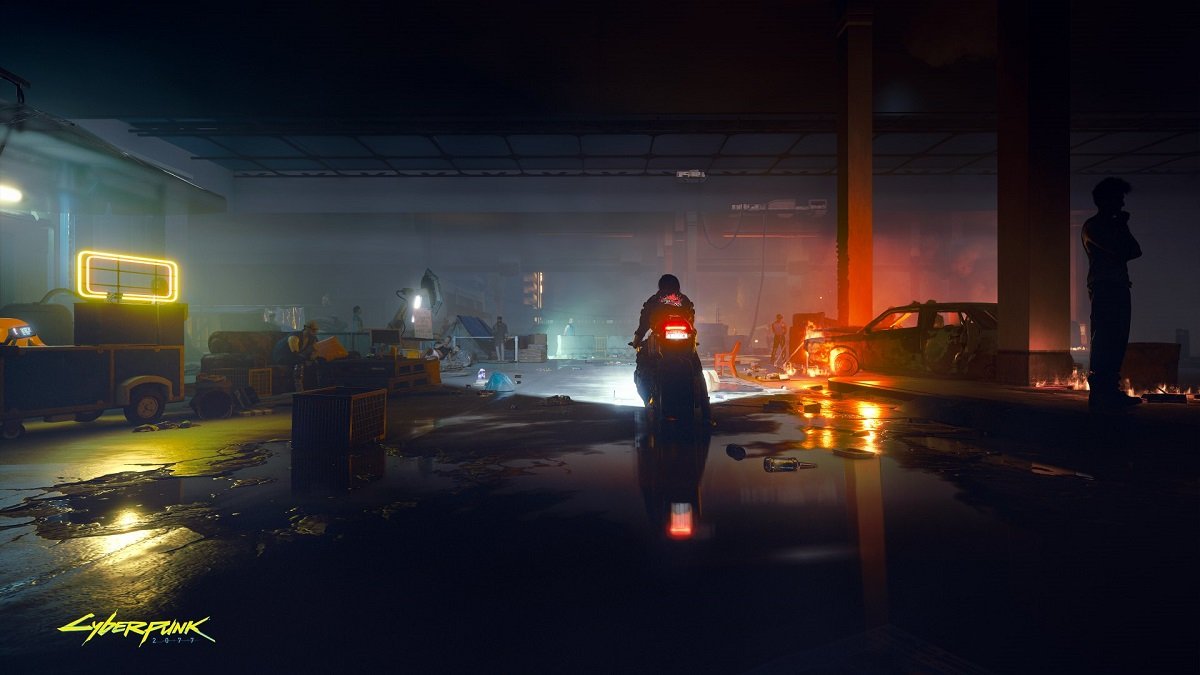 What do we need to enable ray tracing with guarantees?

If we want to play with ray tracing 1080p and medium quality We need an RTX 2060 graphics card, a mid-range solution that is available for 270 euros, although the prices for almost all graphics cards are unfortunately currently excessive.

If we want to play Cyberpunk 2077 in 1440p with ray tracing and ultra quality we need to have at least an RTX 3070. For raw performance it would be an RX 6800But we’ll have to see how this graphics card is handled in this game under ray tracing, not only because of the loss of performance the RX 6000 suffers when using this technology, but also because we are faced with a title optimized for NVIDIA graphics.

If we read between the lines we will realize that Cyberpunk 2077 will be a GPU dependent game, that is, does not require a processor with more than four cores and eight threads, and it corresponds to an IPC at the Haswell level (4th generation Intel Core) or the Ryzen 1000 series (1st generation Zen), but at the GPU level it will be very demanding and consume a lot of storage space even in 1080p resolution (probably due to the quality of the textures).

Let me remind you that Cyberpunk 2077 will take ray tracing to another level as it applies it to shadows and ambient occlusion, lighting and reflections, which means it consumes a lot of resources and is likely to achieve good performance even if we do we must meet the recommended requirements of each configuration Enable DLSS 2.0 technology. If you don’t know what such quiet technology is, read this article and you will find all the information you need. 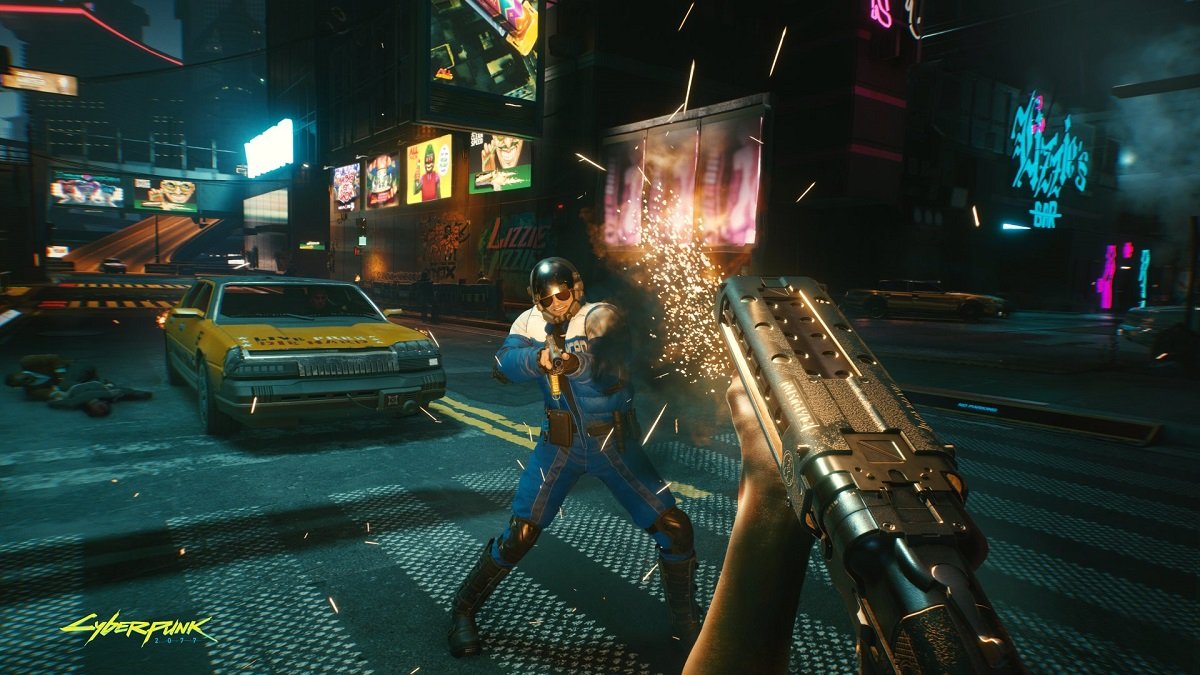 With the configuration we’ll see next, we should be able to play Cyberpunk 2077 without any issues medium quality, 1080p resolution and enjoy a good level of fluency.

This configuration is already a few years old and the prices of the components we have listed they are very cheap, So you can use it as a reference point to suggest possible updates to your team and improve them to design a PC for Cyberpunk 2077.

With a graphics card equipped with 4 GB graphics memory We’ll have to make some sacrifices in the quality settings, but even in medium quality we’ll be at a much higher level than the current consoles. 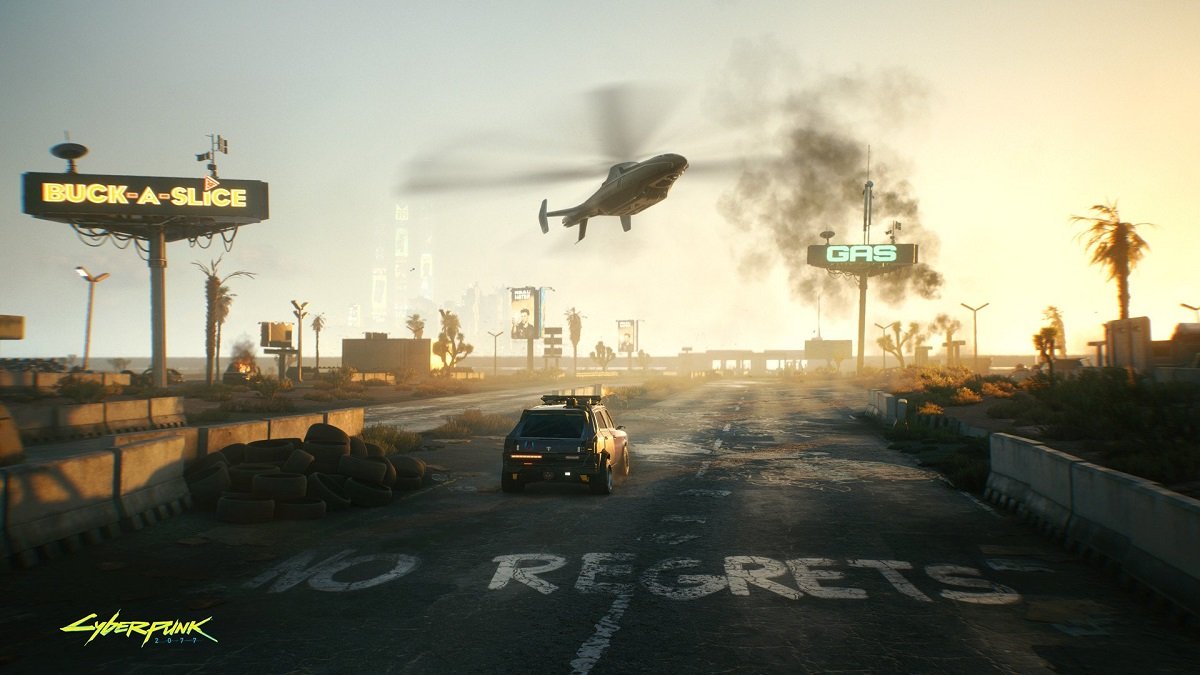 This configuration should allow us to play Cyberpunk 2077 in 1080p and ultra quality without problems.

The SSD is important to reduce loading times, and with the 6GB graphics card we can configure all the settings, including textures, to the maximum. The components we have specified are not particularly expensive either, although the price of graphics cards has unfortunately become so high that it is currently almost impossible to find a GTX 1660 Super at a good price. 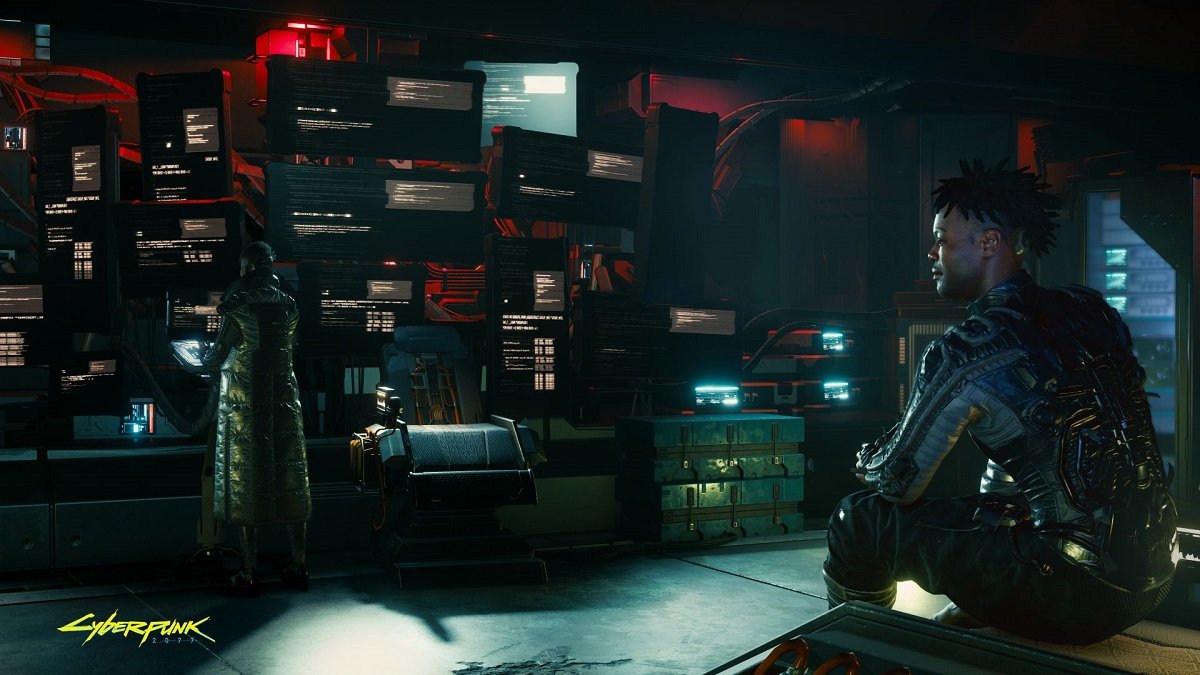 With the configuration we’ll see next, we’ll have a PC that Cyberpunk 2077 can be played on Ultra quality and 1440p smoothly or in 2160p and medium to high quality fluently.

This configuration marks a significant leap in performanceit should also be capable in 4K resolution as long as we adjust the quality level. However, to maximize the performance in Cyberpunk 2077 in resolutions below 4K, we don’t need a very powerful processor we can see a small improvement When using six-core CPUs with twelve threads such as the Core i5 10400 or the Ryzen 5 3600.

As mentioned earlier, Cyberpunk 2077 It will be a GPU dependent gameThis is very clear when you look at the official requirements. So we need to give priority to the graphics card once we hit the minimum recommended at the CPU level. 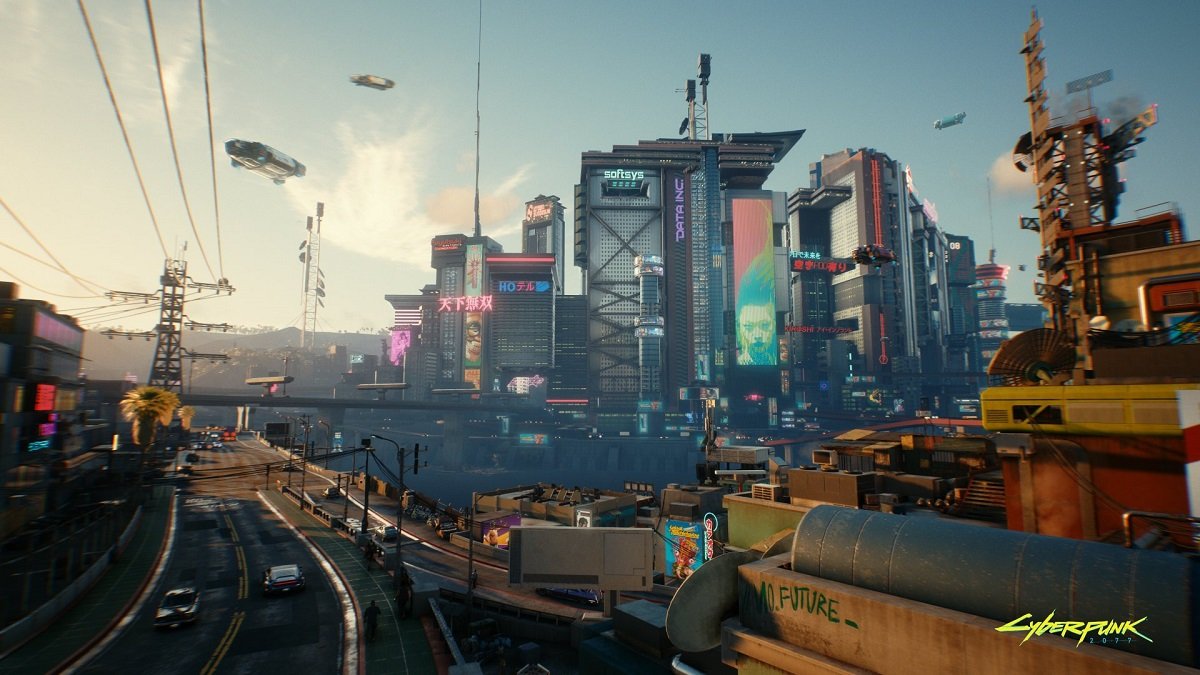 We’re going to distinguish three great options that They start at the level of CPU, RAM and SSD on the same common basis, and that only differs in the graphics card. This component is the one that has to accept the tremendous increase in workload that activating ray tracing brings with it. So it’s the only thing that really needs to change depending on the resolution and graphics quality we want to use.

I’m sorry I can’t offer you a range of Radeon RX 6000 equivalents, but I would have to speculate too much and could easily be wrong. This has an explanation, and the fact is that the ray tracing performance of these graphs has proven to be less than that of the NVIDIA RTX 30 with a few exceptions, and even in Cyberpunk 2077 they would have to face an unusual scenario. because, as I said, ray tracing applies to lights, shadows and reflections.

On the other hand, there is the problem of optimizing for NVIDIA graphics, which we pointed out earlier, which is very important and could make a huge difference. I don’t speak for no reason, remind you The same goes for AMD graphics and games optimized for them (DiRT 5 is the best current example). 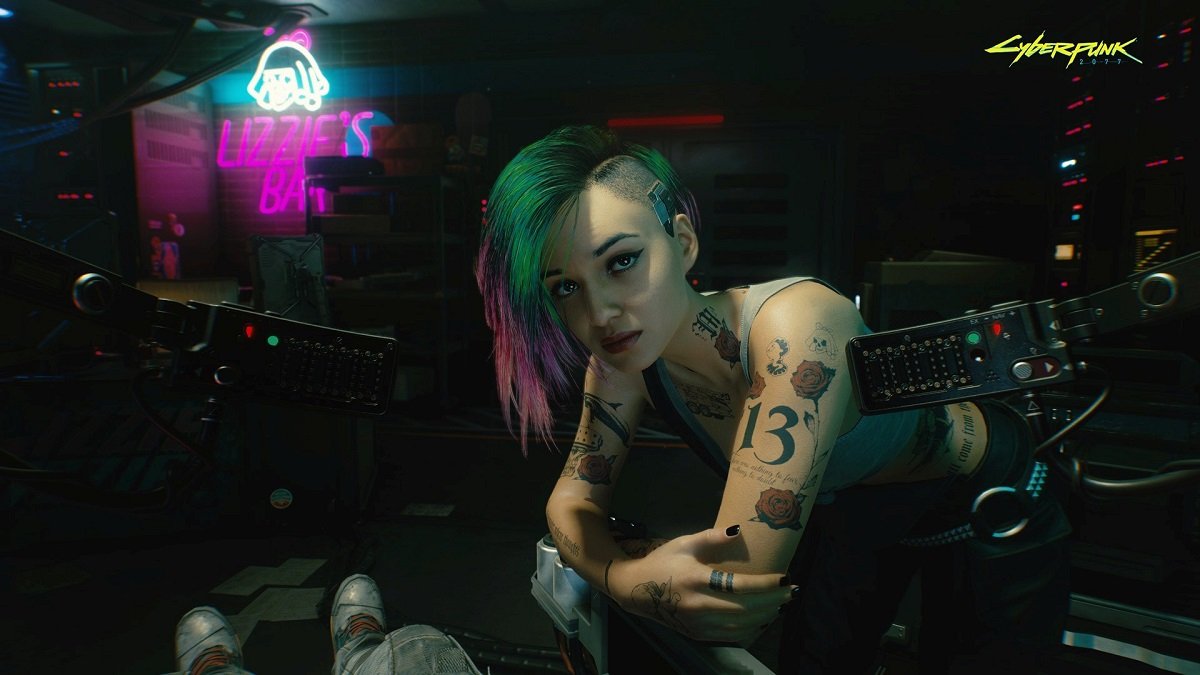 Which updates should I apply if I want to configure my PC to play Cyberpunk 2077?

Just by upgrading to one of these graphics cards, you should be able to play Cyberpunk 2077 in 1080p without any problems and with minimal effort in medium quality, as they are available on the used market at a good price.

If you don’t meet the minimum requirements, that’s clear You would need to update various components. You must have at least a quad-core four-thread CPU with an IPC at the level of the second generation core (the third generation core did not increase the IPC) or the AMD FX Piledriver and have 8GB of RAM. Once you get to this level, prioritize the graphics card.

Let’s look at an example of a full update of an old device serve as a reference. If you have any questions, feel free to leave them in the comments and I will help you solve it.

Google offers a new way to optimize videos for search