The personality varies greatly between the subjects. There are brave and feeble-minded people who, for this reason, behave very differently when they are exposed to the same environmental stimuli. This is the case with humans and other higher animals, but now it turns out that the same is true for fish of a species with a tiny body size.

Through selective breeding of Zebrafish, Scientist at the Max Planck Institute for Neurobiology in Germany, they managed to show These characteristic personality traits appear quickly and manifest themselves not only in behavior, but also in far-reaching changes in the brain.

Young zebrafish are only five millimeters long and almost transparent. However, these small fish display a very wide range of behaviors in response to external stimuli. While some people flee in fear at a loud noise, others remain calm. When the tone is repeated, there are those who are quick to learn to ignore it while others never get used to it. Between these two extremes of behavior there are a number of interpersonal personalities.

Carlos Pantoja and his colleagues in Herwig Baier’s group have succeeded in showing that the selection of a certain behavioral characteristic can also change the brain activity of affected fish at astonishing speed. 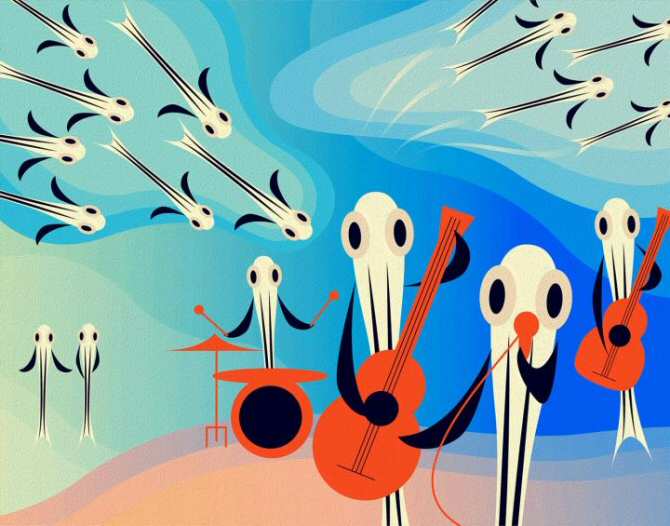 Depending on their personality, individual zebrafish react very differently to loud noises. This is also reflected in their patterns of brain activity. (Image: MPI for Neurobiology / Kuhl)

In the larvae of the fish, thanks to the transparency of the body, the scientists were able to observe which regions of the brain were activated by a loud noise. The offspring of both groups showed clear differences in neuronal activity in part of the group Hypothalamus and in a region called “dorsal raphe nucleus“.

A notable difference between these two brain regions is that it contains the plastic part of the hypothalamus Neurons that they secrete Dopamine, while it mainly occurs in the core of the raphe Serotonin. Dopamine and serotonin are two important neuromodulators that have also been linked to personality differences and even psychiatric illness in humans. (Source: NCYT from Amazings)