A few months ago we published a guide dedicated to assembling a PC to play with guarantees in 1440p resolution, which was also prepared for the transition that marks the arrival of the new generation of consoles. The total cost was 880 euros, a number that rises to 900 euros if we have to buy the new motherboard.

With this equipment, we enjoy excellent performance in almost all current games, including games with very poor optimization, such as Red Dead Redemption 2 and Control. However, it is possible to mount a PC with guarantees for 1440p without crossing the 600 euro band? It is a very interesting question that we will answer in this new guide.

Adjusting the budget is forcing us to do so make significant sacrifices, There's no doubt about that, but I'm already telling you that despite everything, it is possible to mount a PC to play with guarantees in this resolution, since the graphics card that we have to play in 1440p is not too expensive, and that The rest of the components are also not overpriced.

However, it must be taken into account that we have to Adjust the settings to avoid imbalances This can affect the final performance of the team and the fact that we cannot move all games on the market in 1440p and maximum qualities with 60 FPS absolutely stable. In some cases, we have to reduce the graphics quality a bit and set it to a high level if we want to achieve this 60 FPS, but given the budget we're in, this is a little sacrifice.

What requirements does a PC have to meet to be able to play 1440p with guarantees? 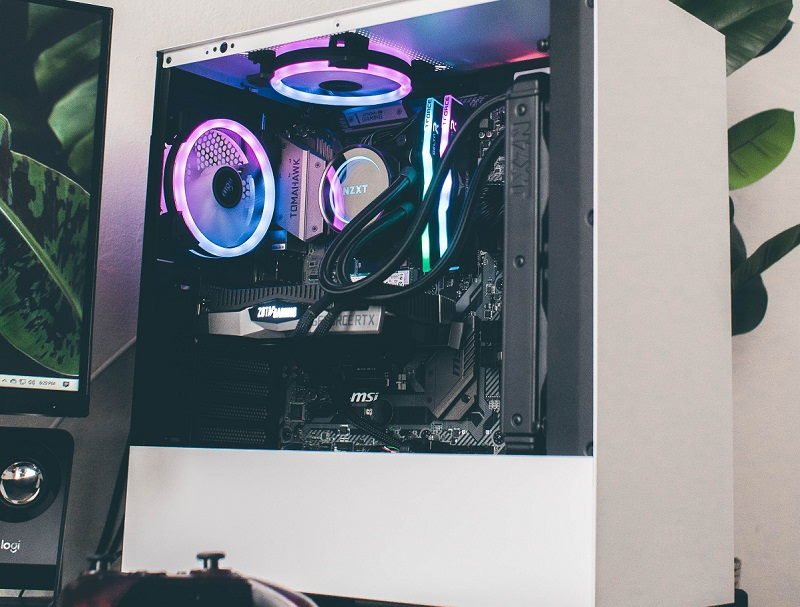 We need to set a minimum base as a starting point from which we cannot lower, otherwise we will have problems that will be noticed in the short or medium term. The first step has to be determined Which platform will we use?and since our budget is small (less than 600 euros), the conclusion is clear that we chose the AMD jack AM4.

At the moment we can find a lot AM4 motherboards with B450 chipset at really attractive prices. These boards have a long lifespan, as they enable even the most modest configurations to be upgraded to processors from the Ryzen 3000 series (Zen 2) and offer everything we need in the medium and long term. It is the best quality-price investment within the budget in which we operate.

We already have a clear platform, now we have to answer other questions important that we leave defined below:

Well, we have already defined the base we need, so all we have to do now is step inside Select components This will design this PC so that it plays in 1440p with guarantees for less than 600 euros. Make yourself comfortable, let's get started. 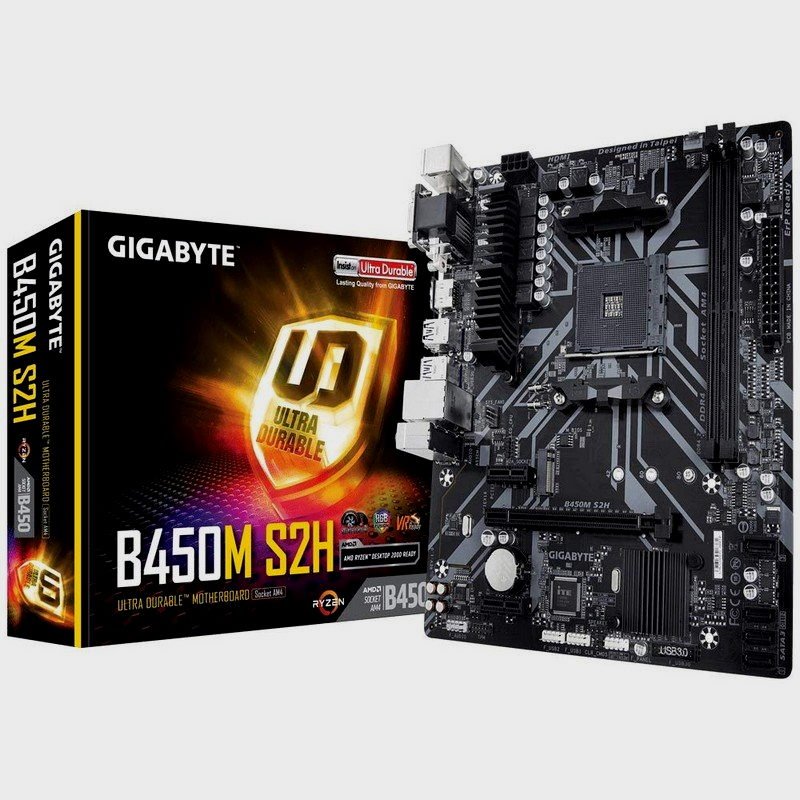 We have a very limited budget, so we set the motherboard selection to the maximum without getting into excess. We chose the GIGABYTE B450M S2H because it is a model that has everything we need To mount this device, it offers fairly good build quality, a slot for M.2 PCIE NVMe SSD, supports high-speed DDR4 memory, enables overclocking and has passive power dissipation in key areas (VRM and chipset).

This motherboard offers a lot for what it currently costs There is nothing better for less than 60 euros. This allows us to easily upgrade to a Ryzen 7 3700X processor if necessary.

Alternative: If we have a bigger budget, we can get one GIGABYTE B450 AORUS M., which is characterized by superior design and construction and offers a much wider range of functions. It costs 91.98 euros. 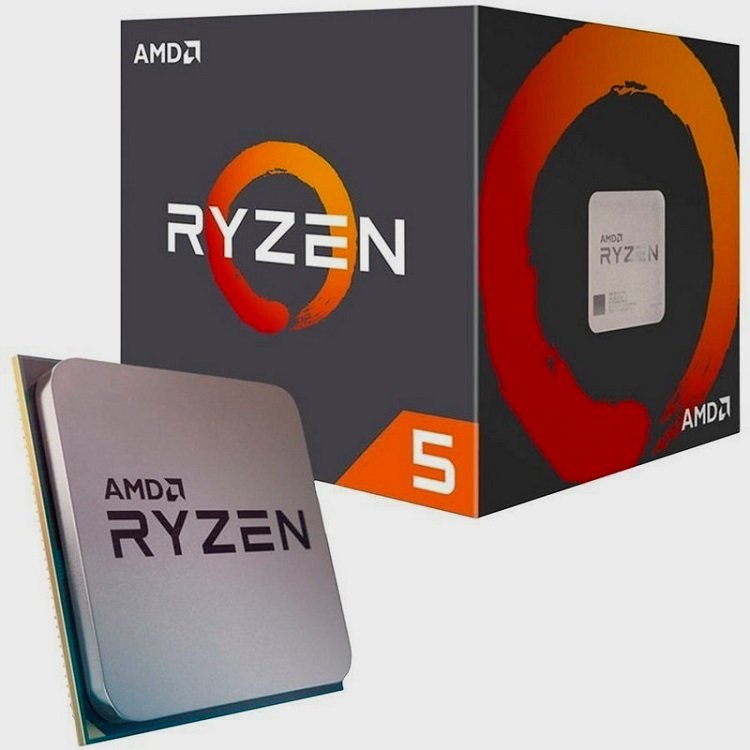 It has gotten a little more expensive, but this is still the best processor we can currently buy to build a gaming PC on a tight budget. It is based on architecture Zen + and manufactured in the 12 nm processThanks to its 6-core and 12-wire configuration, you can not only postpone any current game with all guarantees, but it is also ready to face the transition made by new generation consoles.

Comes with a fan Wraith Spire So you can keep your temperatures under control, even if we dare to overclock something. We can find it for 109.90 euros.

Alternative: There is currently no alternative that is really worth it, as the price for the Ryzen 7 2700 has risen and is currently around 200 euros. It would be better to invest that extra money to improve the graphics card of this PC beforehand. 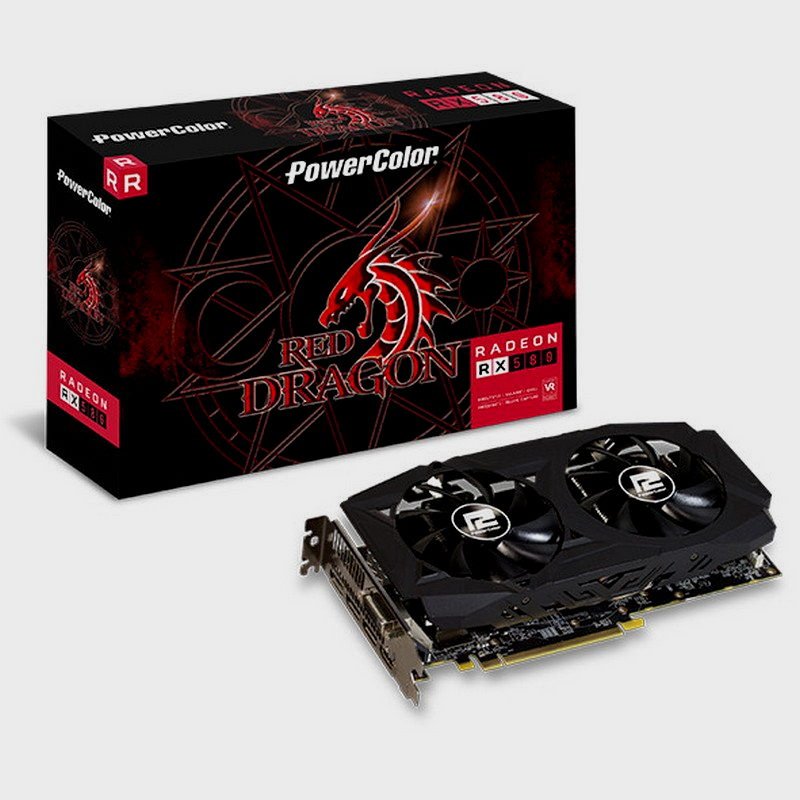 AMD's Radeon RX 580 series remains the best gaming alternative in 1080p and 1440p without having to make a large investment.

With the 8 GB version, we can configure a maximum Games with a high demand for graphics memory, such as DOOM Eternal, and is better prepared for the transition we'll experience with the launch of the Xbox Series X and PS5. There is no big price difference between the 4 GB and 8 GB versions. Therefore, you should choose the latter if possible.

We chose the PowerColor Red Dragon Radeon RX 580 with 8 GB GDDR5 because it offers the performance we need to assemble a PC Move games in 1440p with guarantees, and because it is reduced to 169.90 euros.

Alternative: if we have a little more budget that GTX 1660 Super It's an excellent alternative, especially now that we can get it for $ 205.95. 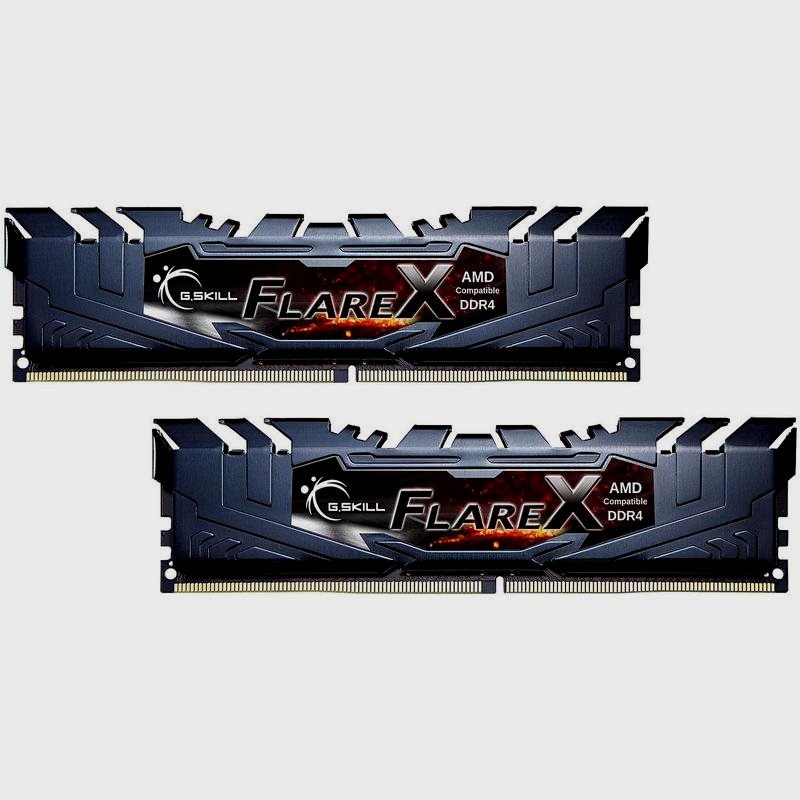 As I said, memory is fundamental and at least we need it 16 gigabytes RAM to ensure good performance. We also installed a Ryzen 5 1600 AF processor We have to assemble high-speed modules Dual-channel, so that it can reach its full potential, and that means, as our regular readers already know, the performance of Ryzen processors is strongly influenced by the frequency of the RAM memory.

The minimum to prevent RAM from slowing down a Ryzen too much 2.666 MHz. We decided on a G.Skill FlareX kit from DDR4 to 3,200 MHz with CL16 latencies In two modules, each with 8 GB, we can achieve the optimal storage capacity as well as the optimal speed and latency.

In short, we hit the nail on the head and the price is pretty reasonable 90.80 euros.

Alternative: We could choose 3,000 MHz memory to save between 5 and 10 euros, or mount other kits with RGB LED lighting if we wanted to add a touch of color to the device. It is not worth installing RAM more often or exceeding 16 GB when configuring this PC. 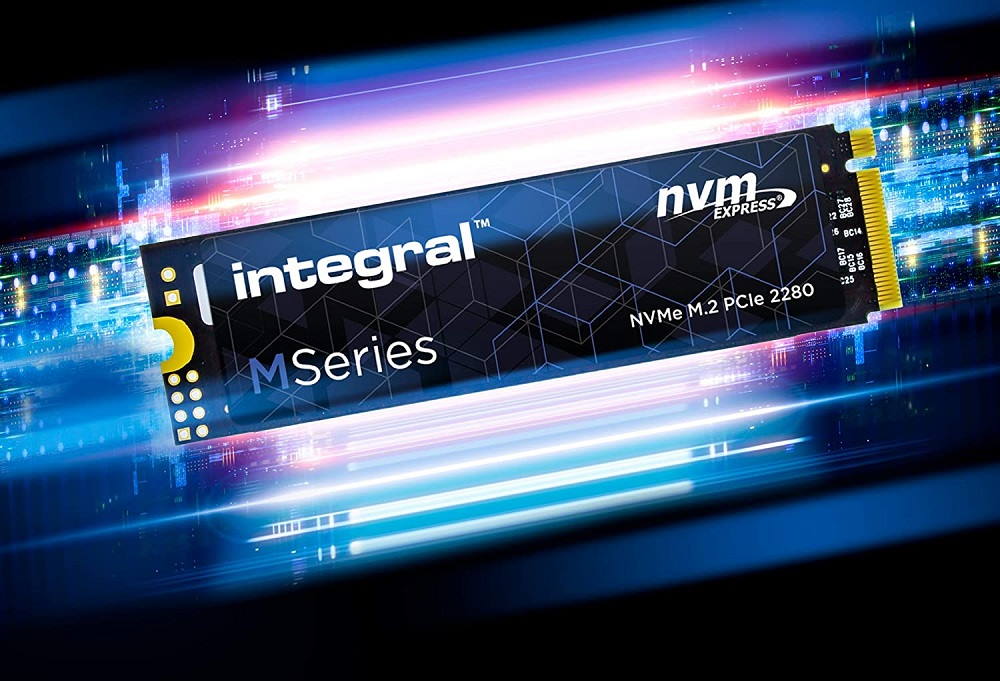 The storage unit gives every inexpensive gaming PC a big headache. We could mount a high capacity hard drive and a low capacity SSD To make a balanced configuration, but with the budget we have, I think it's better to go for it straight away an economical PCIE NVMe SSD.

In this case we chose that 512 GB PCIE NVMe Integral SSDthat achieves speeds of 2,000 MB / s and 1,600 MB / s in sequential reading and writing. This allows us to install multiple games at the same time and we don't have to make big sacrifices. If we need more space in the future, we can mount an inexpensive SATA SSD or HDD.

We can get it for 77.55 euros, sold and managed by Amazonwith all the reliability that this implies. 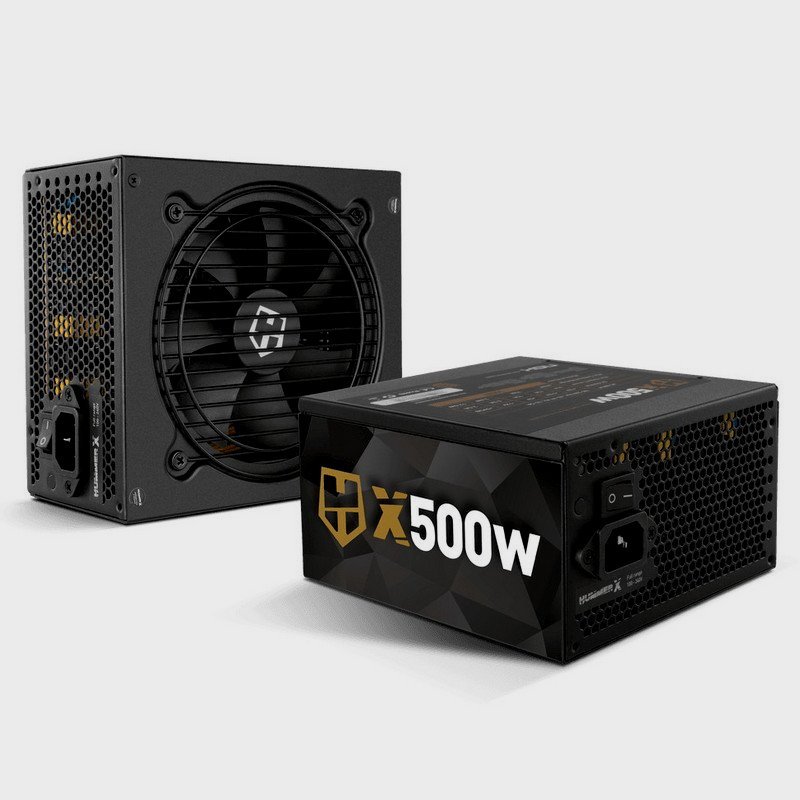 We have a PC that has no high consumptionIn fact, the only component that is somewhat "greedy" is the graphics card. So this is the one that defines the font we're going to need.

To complete a solid installation and with guarantees, we need a power supply from 500 watts This corresponds to the minimum quality standard and is modular or semi-modular so that we can do it Manage cabling efficiently.

We chose the NOX HUMMER X 500W bronze because fulfills everything we need. It has enough power to move this PC smoothly, reaches 41 A in the 12 V rail (we need at least 27 A for this PC), it has the 80 Plus Bronze certification, it comes with two 6 + 2- pin PCIE connectors and has a semi-modular design, which helps us to reduce unnecessary wiring.

An excellent buy for its good value for money. It costs 49.99 euros.

Alternative: You don't have to buy anything superior for this PC. We could choose a cheaper alternative to save 10 or 15 euros, but we would forego the semi-modular design and the performance penalty. It's not worth it. 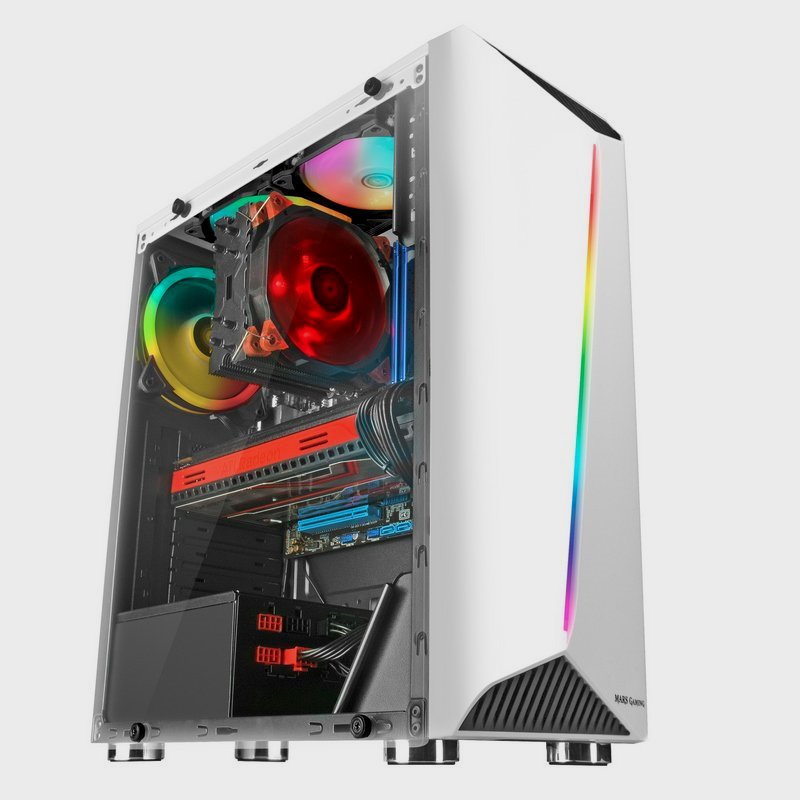 This component can be varied according to personal taste, as long as we are careful and make sure that the model we choose is the right one Space for all components selected by usand that enables us to create a good airflow.

The PC we assemble has minimal thermal requirements, the motherboard is of the type Micro ATX and the graphics card has a length of 25.5 centimetersTherefore, it is easy to install this configuration in almost any type of tower.

We chose them Mars Gaming MCX ATX Cristal because it is good value for what it costs and because it has a pretty aesthetic. It comes with a rear fan and costs € 39.68.

Alternative: As we said earlier, you can choose another tower that you like more, but take into account what we stated above. You can only connect one additional fan with the GIGABYTE B450M S2H motherboard. So if you want to mount more on the tower, you need a "splitter" cable. 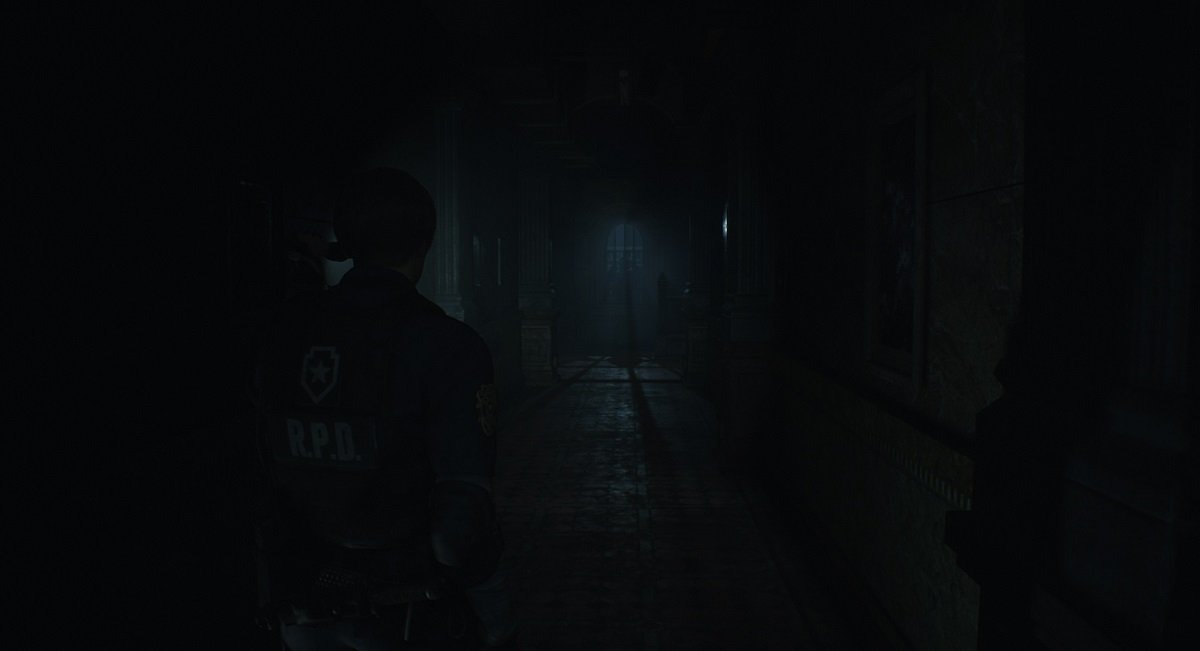 The total price of this configuration is 597.80 eurosThat means we have achieved the goal of keeping costs below 600 euros, but what can this PC do? Can you really play current games in 1440p? Undoubtedly, it offers an excellent user experience thanks to the PCIE NVME SSD.

We have offered you alternatives to each component so that you have options that allow you to customize the main build a little more. Personally, I think you should prioritize if you have a little more budget Improvement of the graphics card and SSD, exactly in that order. For example, if you can spend $ 700, it's ideal to mount the GTX 1660 Super and 1TB SSD.

I know that you look forward to seeing what this team can offer, so I will no longer entertain you. That is the achievement offered by the basic configuration (Ryzen 5 1600 AF, 16 GB RAM and RX 580 with 8 GB):