This week has jumped the news of the closure of another page dedicated to the world of torrent, known as Plusdede. Plusdede has been a page that has hosted a great popularity in just one year since its creation.

The reasons for this popularity have been several but we could highlight that much of the success was obtained after emerging as an alternative to another closed website such as Pordede. In its day, the original page, Pordede, was a victim of large-scale hacking and many user accounts were affected. The page failed to recover from the attack and finally closed.

Imminently and after this closure, this Plusdede page emerged where you could access even with the data from the previous page, Pordede, so the success was immediate and got thousands of visits in just a few hours after its inception.

Although this is one of the most important reasons, Plusdede had plenty of attractive content for users. The possibility of enjoying this content, added to the falls or closures of similar pages, led Plusdede to become one of the reference pages of torrents this last year until finally, this week we have witnessed its end.

Plusdede is one of the websites with more traffic in Spain, along with others such as Torrentz2, Emuparadise, Mejor Torrent or Elitetorrent.

Plusdede was known for being a page that enjoyed updated and quality content. In this sense, operated within a world where deception was in sight and taking advantage of numerous falls and closures of different pages, others emerged that promised content when in reality had nothing more than the sole intention of monopolizing visits to get money through advertising.

Plusdede had a catalogue that was updated daily and besides this, they were concerned that a good part of their content was of high quality, we are talking about high definition viewing, which was quite interesting for those people who had screens where they could take advantage of it.

In order to be successful in all this, I presented it within a simple interface where the news was on the first page. This was especially interesting because frequent updates could be followed with ease and allowed followers a quick glance to follow all the new content that had emerged from one day to the next. 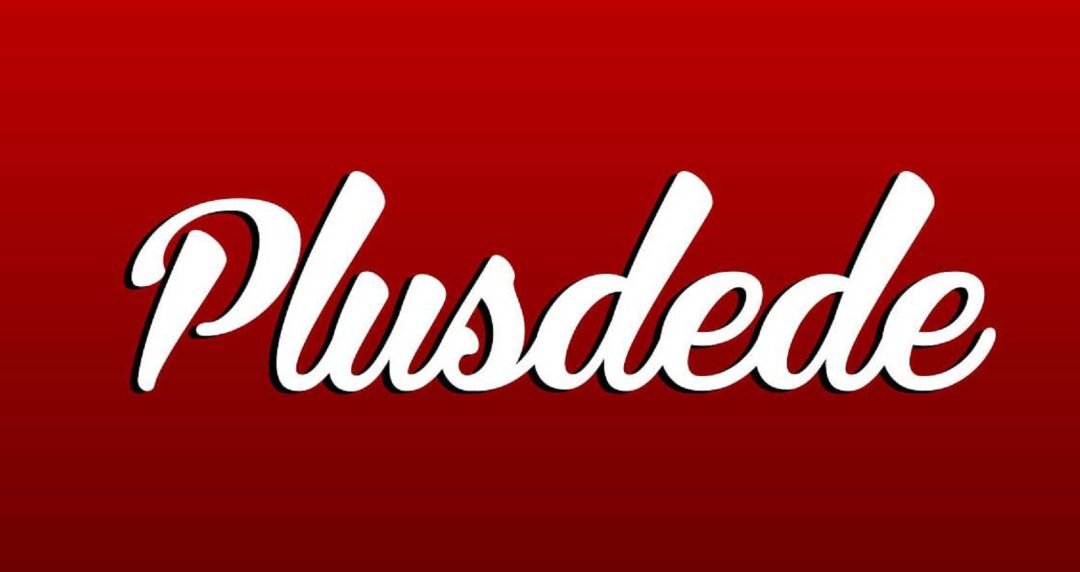 However, the advantages for users did not end there. In addition to offering a clear and friendly navigation, had a powerful filter to the right of the page itself where you could filter the links provided by quality, year of issue or genre. In this way, it was much easier to find the content you were looking for or to discover new content that we didn’t know about the platform before.

Another aspect that was quite interesting for users is that Plusdede became a kind of portal for the user. In this way, beyond being a single place where you accessed for interested content and left, you could mark and select all the content we were interested in as favorites. In this way, it would be enough to access the page again to have a special tab dedicated to the content we have selected, so that we would not have to spend our time looking for the content through the page but we had everything much easier, at our fingertips.

First and foremost, this service, which worked so well and was attracting more and more users, makes it a little difficult to understand the reasons that led to its closure. In this sense, the only explanation that has been found by those responsible for the domain is that the closure of the page is due to the fact that the reasons have escaped their control.

Despite the fact that there were more and more users as we will see later in the statistics, the increase of these was less and less due to different polemics and competition that the page had. First of all, it should be noted that more and more pages are advocating online viewing, without the need to download the file beforehand. These platforms are becoming more and more successful and it is a fact that this takes away audience from other platforms of more classic format, such as Plusdede that directly advocated downloading.

😠 The dark motifs of Plusdede

At the beginning of the article we talked about Pordede, a platform that can be understood as the previous to this Plusdede and we also talked about the hacking it suffered. You may have wondered why this second page could be accessed with data from the first page, when it seems they had nothing to do with it.

The suspicions in this way were unfounded about Plusdede and basically it was said that the first page had been stolen, both the data of its users and the content of the same to carry out a replica of the same where users continue to trust. However, with time dark news began to appear about Plusdede’s true intentions and it seems that there was some ulterior motive.

This other reason was nothing more and nothing less than that users who were visiting the page, began to experience slowness in their computers. This was due to the fact that Plusdede, apparently operated under a JavaScript ConHive that was in charge of increasing the power of the computers that accessed it, to use that power to mine crypto coins, specifically Monero.

For those of you who don’t know a little bit about this topic, it’s important to know that we’re referring to the term mining when we’re dedicating part of our computer’s computing power to a specific purpose. In this way, this power is used for various purposes, such as solving complex mathematical problems or more perverse purposes, such as deciphering passwords. Plusdede therefore parasitized the computers that accessed it and used them to mine for its own benefit. Like everything in this life, there is nothing free and of course it is difficult to find certain places where people work simply for personal taste, without it being in exchange for charging something for advertising or for example this, a hidden mine that eventually ends up damaging the computer. 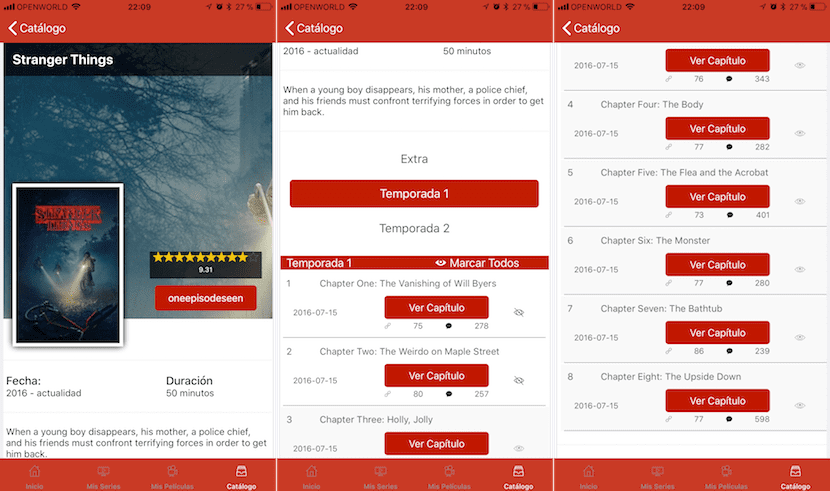 Although all this news damaged a little the image of Plusdede, the truth is that the users were quite assiduous, we suppose that motivated by the quality contents that the page offered as well as the services provided. It is curious to see how many people protested through the social networks with the closure of the page, because within the same one they had organized all their content to visualize with the passage of time and now they had lost it.

Beyond all this, Plusdede was one of the most important download pages in Spain and with respect to its data, we found a page that was also with a strong relevance in the rest of the world. For Spain, it was among the 50 most visited and for the rest of the world, about 2,000, figures that of course are not bad at all taking into account apart from these unfounded news, the short life that the page carried was practically a year operational.

Being a little more specific in terms of its data, during the total of its life, the page received more than 32 million users and these were on average within the page almost 7 minutes. The truth is that this is a real variety, especially if we bear in mind that these data are also obtained by averaging with those people who access the page by mistake and close it as soon as they enter. All these people had an average of 5 pages visited within the platform and had a rebound rate of almost 25%.

As for the origin of the visitors, most of them came from Spain. In addition to our country, we found a small percentage of traffic from Argentina, United Kingdom, Bulgaria, France and up to 249 other countries, which is not bad at all.

An interesting fact about traffic is that the majority, more than 85%, was direct traffic. This means that users accessed the page directly without any link from any search engine or promoted by any type of advertising. The site enjoyed great popularity, especially after what happened with Pordede and it was not necessary to search the Internet anywhere to know the existence of an alternative to its better closure. If you were interested and involved in the world of torrents, you were hardly going to ignore Plusdede. As for the other traffic sources, only the 10% that arrived through searches in the search engines could also be pointed out, but as we have seen, it was not the usual thing.

🚶 One of the most visited pages in Spain

Considering all this, the site did not need any advertising at all to make itself known and all the traffic as far as keywords are concerned, was absolutely organic. Even, the page appeared for those who were still looking for information about the past Pordede where by mistake, many of them took this Plusdede as a continuation of the same or an improved version, oblivious to all those problems they had with hacking. If we put ourselves to shell a little more the statistics, we can still have a greater constancy of the importance that Plusdede has had. The page in question had an average number of visits of more than one million and also received a figure of more than 22,000 unique users on a daily basis. This is a real barbarity, figures that have been able to report a great deal of money during all the time it has been active. As a curiosity, Alexa’s rating fell little by little as the days went by until it reached position 2.922 and also the users who were receiving the page were getting smaller day after day. Although the number of them continued to increase with the passage of time, the rise was having less impact, something that is also common to happen with the passage of time.

The importance within social networks was also important, although the figures are obviously much less interesting than the previous ones, had on average about 1000 links shared through Facebook on a daily basis and unlike the rating with Alexa, these shared links if they were increasing over time.

In short, Plusdede has been one more page of torrent content that goes on to swell the list of pages that have closed but that will be difficult to forget due to the good memory that many users still keep.

The future is uncertain with respect to these pages and perhaps it is still too early to find the new successor to Plusdede or to see who will try to reach all these figures that this page has arrived in one year. The harassment of piracy and the amount of negative news that arise regarding many pages, makes it increasingly difficult to have a successful page although it is clear that if you get it, it can easily become a very lucrative business for the interests of its creator as well as for users.