The launch of PS5 and Xbox Series X is scheduled for later this year. Thanks to the information that Sony and Microsoft have been offering we have a pretty clear idea of ​​what we can expect of this new generation of consoles, although it is true that there are still some important points in the air, such as the gross power of your GPU and the final amount of unified memory they will bring.

That lack of official information on some of the key specifications of PS5 and Xbox Series X has been offset by numerous leaks from fairly reliable sources. This, together with the estimates that we can make comparing with the most powerful console of the current generation, Xbox One X, allows us to make a “complete radiography” of both consoles and set a minimum level of specifications that we believe will be met almost certainly.

The price of both consoles will be around 499 euros, a figure for which we have opted almost from the beginning in MuyComputer. It represents a very tight value, since everything seems to indicate that the manufacturing cost of PS5 and Xbox Series X will be located at 470-480 dollars.

If this is confirmed Sony and Microsoft will not make money with the sale of both consoles, in fact they will have to assume small losses arising from transportation and other expenses that are not included in the manufacturing cost, but the really important revenue will come, as we know, from the sale of games and services.

What components will I have to update on my PC to overcome the transition that will mark PS5 and Xbox Series X? 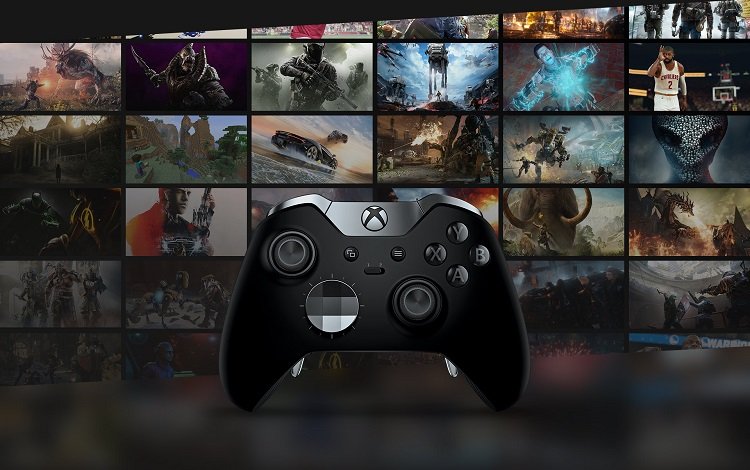 I know it is a question that many of our readers ask themselves, and that is why I have been encouraged to write this guide. I want to help you to be clear about the perspective that you should adopt based on concrete configurations that will serve as a starting point for Make wise decisions.

First of all we must remember that the arrival of PS5 and Xbox Series X will not make the current configurations of low-end and mid-low-range PCs suddenly obsolete. There will be a transition stage, and during that first stage we will see how the game developments evolve little by little until the jump to the new generation is completed. With PS4 and Xbox One that transition stage lasted less than two years, and I think with PS5 and Xbox Series X the same will happen.

We must also consider two other things. The first is that even after completing this transition period it is likely that most games that reach the market have lower requirements than we will see in the second half of the life cycle of PS5 and Xbox Series X. As already happened with PS4 and Xbox One we may find a second phase in which developers they end up having more free resources and that, therefore, this translates into an increase in requirements.

It will be, as we said, a transition phase in which they will coexist with PS4 and Xbox One, so we do not expect an increase in requirements in triple A games, as these will continue to develop based on the limitations of both consoles.

However, this does not mean that we will not see exclusive titles for the new generation, and if they end up coming to PC it is obvious that we will have to face higher requirements.

The processors of four cores and eight threads they will remain viable, and configurations with 8 GB of RAM and graphics cards GTX 1060-RX 580 and superiors will also continue to offer a good experience in most cases.

At this time we will be in a stage of maturation. The generational transition will be completed and the requirements of the games will increase considerably. It is likely that we meet the minimum requirements of the new generation games with the configuration that we mentioned in the previous paragraph, but the experience we will have will not be optimal.

We must bear in mind that in addition to the increase in terms of gross power the use of new technologies, such as ray tracing and variable rate shader, you can end up making an important difference, so having compatible hardware will be recommended.

We must not forget that a configuration of 8 GB of RAM will end up giving the problems that we have today with configurations of 4 GB and 6 GB of RAM. The games may start, but they give frequent pulls and the overall experience will not be good at all.

I think this will be the moment we could see a new release of resources that ends up producing, as it happened with the current generation, an increase of the requirements to move triple A games with guarantees.

We must also remember that it is likely that both Sony and Microsoft decide to launch more powerful versions of both consoles, a PS5 Pro and an improved Xbox Series X, which would end up contributing, again, to increasing the requirements.

In this last phase it will be the one that will have the greatest impact on all the novelties introduced by the new generation consoles, especially since the maturation of the ray tracing should have already taken place, a technology that could end up becoming a "minimum" requirement to run games. 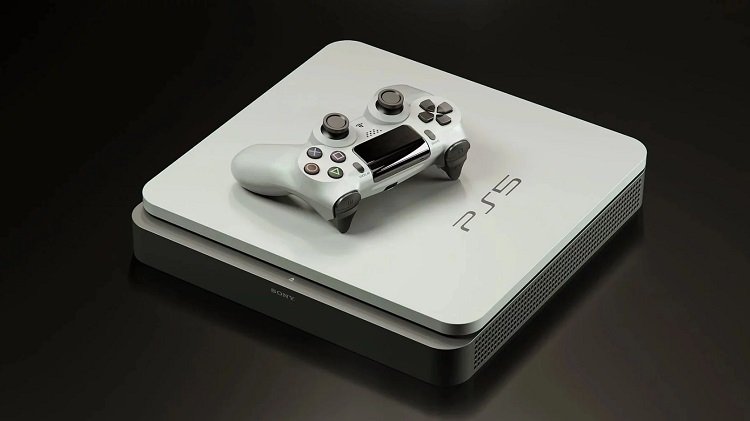 And what components will I have to update on my PC?

I wanted to do a generic review of the different phases that we will live after the arrival of PS5 and Xbox Series X to give the necessary context to this section. It is clear that during that first phase you will not have to change anything. If you have a PC capable of moving current games, you can continue to do so during the first year (or year and a half) of these consoles, as they will coexist with PS4 and Xbox One.

The problems will begin to arise from the second stage. When it starts all the teams that have the following configuration will have trouble moving optimally new games:

To enjoy a good experience during that first stage of PS5 and Xbox Series X we will need at least one PC equipped with:

I know it seems like an exaggerated leap, but remember that when the generational transition phase of PS3 and Xbox 360 to PS4 and Xbox One occurred we went from playing optimally with two cores and four threads, 6 GB of RAM and one GTX 670-Radeon HD 7950 to need a quad-core processor, 8 GB of RAM and a GTX 970-Radeon R9 290. 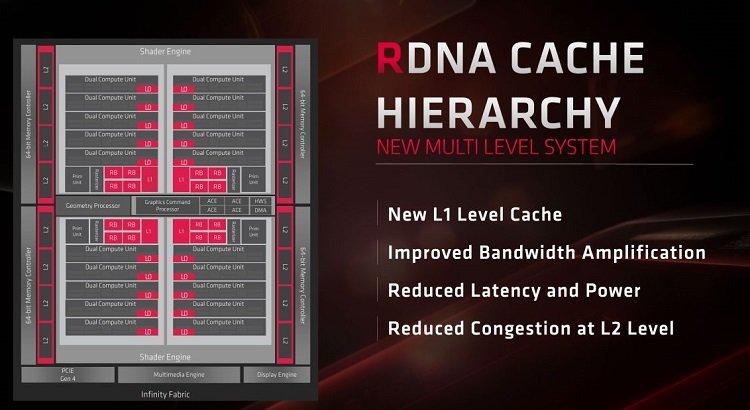 In the third stage there will be that total maturation to which we have referred, both at the level of advanced technologies and support and optimization around them, and it may be that the arrival of PS5 Pro and Xbox Series X "enhanced" complicate things more.

To enjoy the games that arrive at that time with all the guarantees we will need:

Again I want to clarify this point. In the second phase of PS4 and Xbox One we saw an important leap as we explained in the previous section, and in its third stage we have begun to take advantage of six-core processors, to need 10-12 GB of RAM in some cases and to use GTX 1070-Radeon RX Vega 56 graphics cards to get a truly fluid experience in all cases.

With that in mind I think it is easy to understand that rise in specifications that we have indicated. Keep in mind that consoles always have a marked optimization in their favor, and that they end up making sacrifices in fluidity or image quality to be able to move certain games. PS5 and Xbox Series X are not going to be an exception, and we can almost certainly assume that to move a certain title in the same conditions as these consoles we will need more powerful hardware.

Final notes: this is what you should make clear 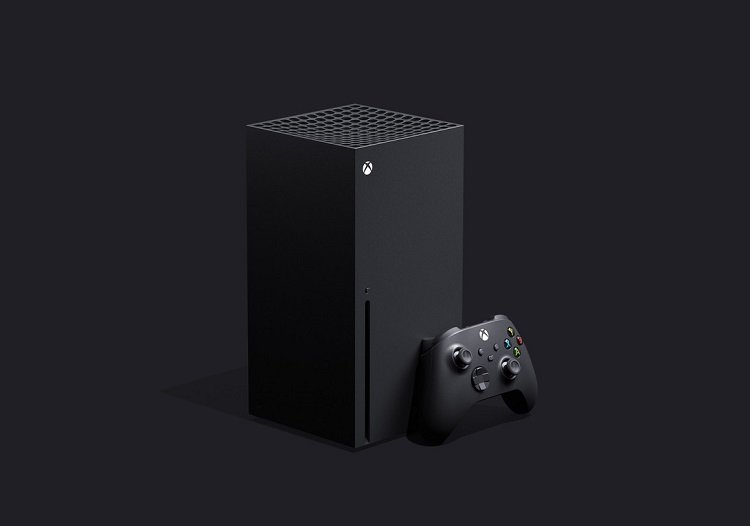 With all that we have exposed so far you have enough information to know what you should update on your PC if you want to be able to enjoy the games that are coming with PS5 and Xbox Series X. To make things a little easier for you let's condense it all in a simplified summary which will serve as a basic script that you can use whenever you need it.

Should I update the processor?

During the first stage you won't have to do it if you have one that has, at least four cores and an IPC at the Intel Sandy Bridge level (Core 2000). In the second stage it will be advisable to upgrade to a chip with six cores and twelve threads that has at least one IPC at the level of the Intel Haswell (Core 4000) or Zen series of AMD (Ryzen 1000).

Finally, during the third phase a processor of eight cores It will become the winning option to move games with total fluidity. Your CPI should be at the level of Skylake (Core 6000) or Zen + (Ryzen 2000).

Should I update the RAM?

The values ​​we have given are clear. If you have 8 GB the best you can do is consider a 16 GB update directly. It is not an expensive component, and so you will have "your back covered" throughout the life cycle of the new generation.

In case you want to go slowly, keep in mind that the 12 GB that we have indicated in the second stage might not be enough for a truly optimal experience in all cases when PS5 and Xbox Series X settle.

Should I update the graphics card?

If you have a model like the Radeon RX 580 of 8 GB or the GTX 1060 of 6 GB you can continue using it for a reasonable time, two more years at best. From there its exhaustion will be almost total, and you will have to consider a change.

You have two options, go directly to the recommended level to overcome the entire stage that will mark the new generation or renew in shorter cycles. Except disaster in the matter of optimization any user with a RTX 2080-Radeon VII You should be able to endure the entire life cycle of PS5 and Xbox Series X without having to consider a forced renewal.

However, this does not take away the fact that we will see new generations of graphics cards with greater power and new technologies, and that updating them will result in greater performance, but this does not mean that it will be strictly necessary. For example, the Radeon HD 7950 it has been "outdated", but it can still with any current game in 1080p and medium qualities, still viable, but upgrading to a higher model allows us to move games more fluently and use higher resolutions and settings.