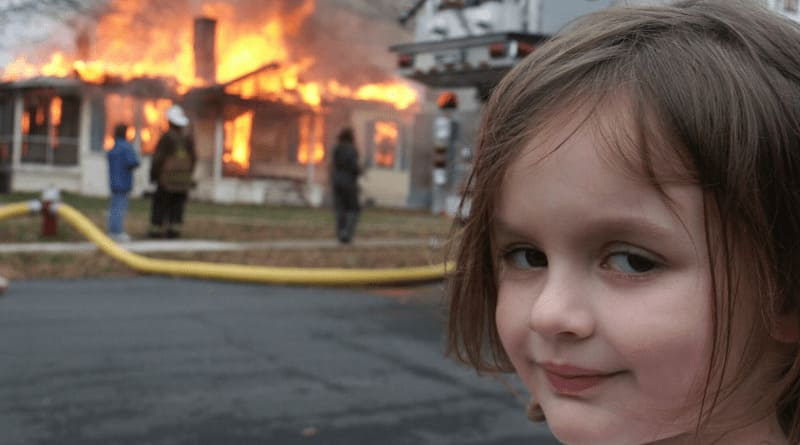 The NFT fever seems to have come to an abrupt end. Since the beginning of the year, interest rates (and transaction amounts) began to rise in a very specific market because it was used to transfer intellectual property rights (and thus the power to commercially exploit digital files). A video, an image, a sound, a meme (such as the one illustrated in this text, known as the “Disaster Girl”, which sold for half a million dollars) could be sold. And astronomical sums were paid for it.

The NFT enables ownership of the original file of an image, video, sound …

These are transactions that involve the original file that becomes the property of the acquirer, a transaction that is universally verifiable and absolutely unchangeable registered in the blockchain. From there, the digital file can still be replicated, but its new owner can seek financial compensation or simply enjoy the intangible value of owning the original file.

Millionaire deals were followed by takeovers of the strangest in exchange for surprisingly large sums, but since everything that goes up goes down, that moment has become a 90- a high of over $ 100 million in daily sales on May 3rd, but last week it was less than 20 million. All week.

The market for digital works of art, one of the most dynamic, fell to just 3 million last week.

It may be too early to certify the demise of the NFT market, but of course the stumbling block is relevant, and since there were those back then who warned of the possibility that everything was a bubble, the most ominous could boast about it being right.