Ray tracing it has been standardized. There is no doubt that this technology had a rather complicated debut and is still a high cost in terms of performance today, but the graphical improvements it brings are in many cases so interesting that it’s really worth it . Yes, there are also cases where it makes such a small difference but consumes a lot of resources but luckily this is not the general rule.

NVIDIA was the first to use ray tracing with Turing, an architecture used in the GeForce RTX 20 series, which later had a version with no special hardware that made it possible to breathe life into the GTX 16. These graphics cards lack tensor cores and RT cores, which means they don’t speed up lightning plotting. nor do they support DLSS. AMD, on the other hand, did not introduce any special hardware to accelerate ray tracing until the arrival of the RX 6000. 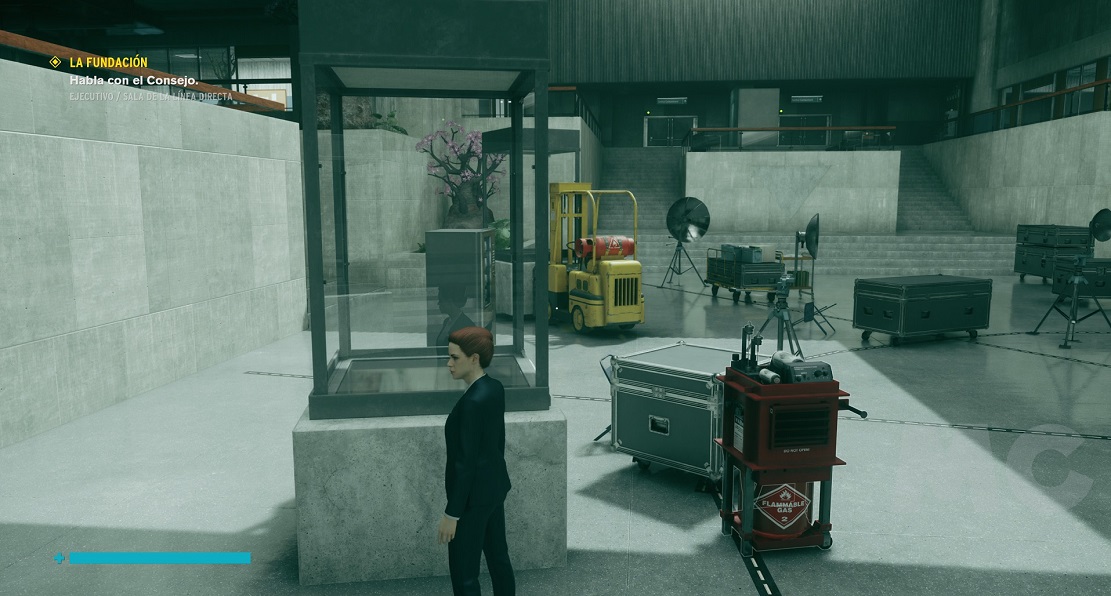 There’s no doubt that NVIDIA’s time advantage has made itself felt. GeForce RTX 30 series outperforms Radeon RX 6000 in ray tracing, and without introducing the DLSS into the equation, but we must not be mistaken that everything is confined to this temporary benefit. On a technical level, the green giant’s approach to meeting the challenge of this technology was more successful than AMD’s, as we saw in this article at the time.

Both Turing and Amps use RT kernels and tensor kernels, the completely free shaders the ray tracing load since the former is the BVH cross-sections, the ray-triangle intersections, the frame-bounding intersections and the collision system, and the latter is the noise suppression process. Ampere also introduced two important new features, interpolation of each triangle in time and independent and asynchronous execution.

In contrast, in RDNA 2, each ray tracing accelerator unit calculates the ray triangle intersections and the frame delimiters. These operations are the most intense and resource intensive, but the BVH hybrids that are one step ahead of them are are executed by shaders and cannot work asynchronouslywhich leads to a noticeable loss of performance. 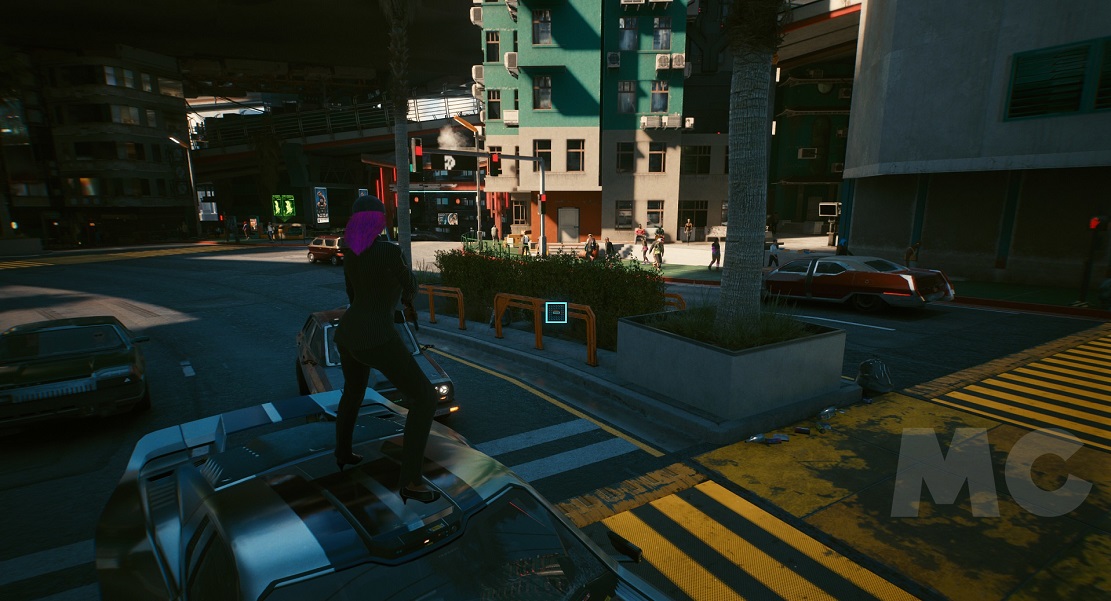 Cyberpunk 2077 with ray tracing for lights, shadows and reflections

As our regular readers will know, we recently updated our Guide to Graphics Card Equivalency to introduce the latest models from NVIDIA and AMD. This shows a complete equivalence ratio in terms of raw performance between different generations and models of graphics cards from both manufacturers, but limited to the performance in rasterization. This means that ray tracing performance or other aspects such as DLSS or FSR are not taken into account.

For some, ray tracing is still something expendable, however beyond subjective opinions, it is clear that this technology has already become the standard in the world of video games. More and more titles are supporting them, and the new generation consoles have special hardware that allows this technology to be accelerated, which means that its importance will gradually increase. With this support in next-generation consoles, developers can take full advantage of the ray tracing integration in their new titles. It is no longer limited to the world of the PC (aside from potential performance issues that may arise). 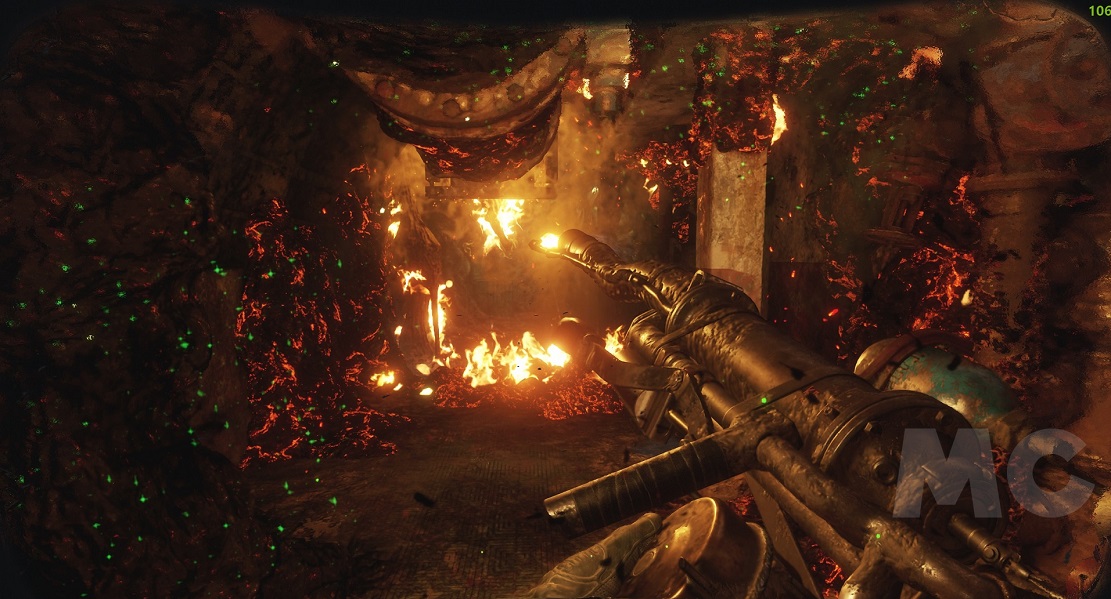 We’d been thinking about creating an initial guide on graphics card performance parallels in ray tracing for a long time, but we put it off until we found the right moment. With the introduction of the new generations of AMD and NVIDIA and the incorporation of ray tracing into several dozen games, we believe that this moment has finally come. In this article we are going to share our first one with you Guide to Ray Tracing Performance Equivalency between the Radeon RX 6000, the GeForce RTX 20 and the GeForce RTX 30.

This guide is used as a reference for performing each of the equivalences the average performance of each graphics card in major ray tracing compatible games like Cyberpunk 2077, Control, Metro Exodus Enhanced Edition, Watch Dog Legion, and Resident Evil Village. This allows us to fairly realistically reflect the actual performance of any graphic that uses this technology. 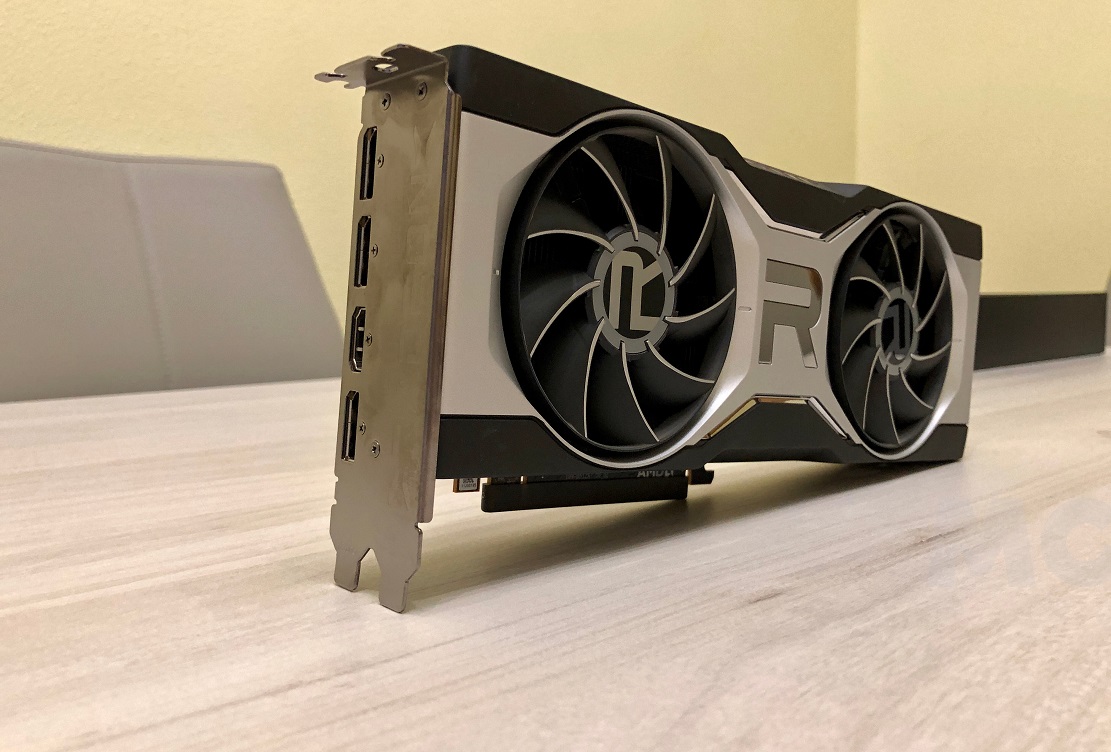 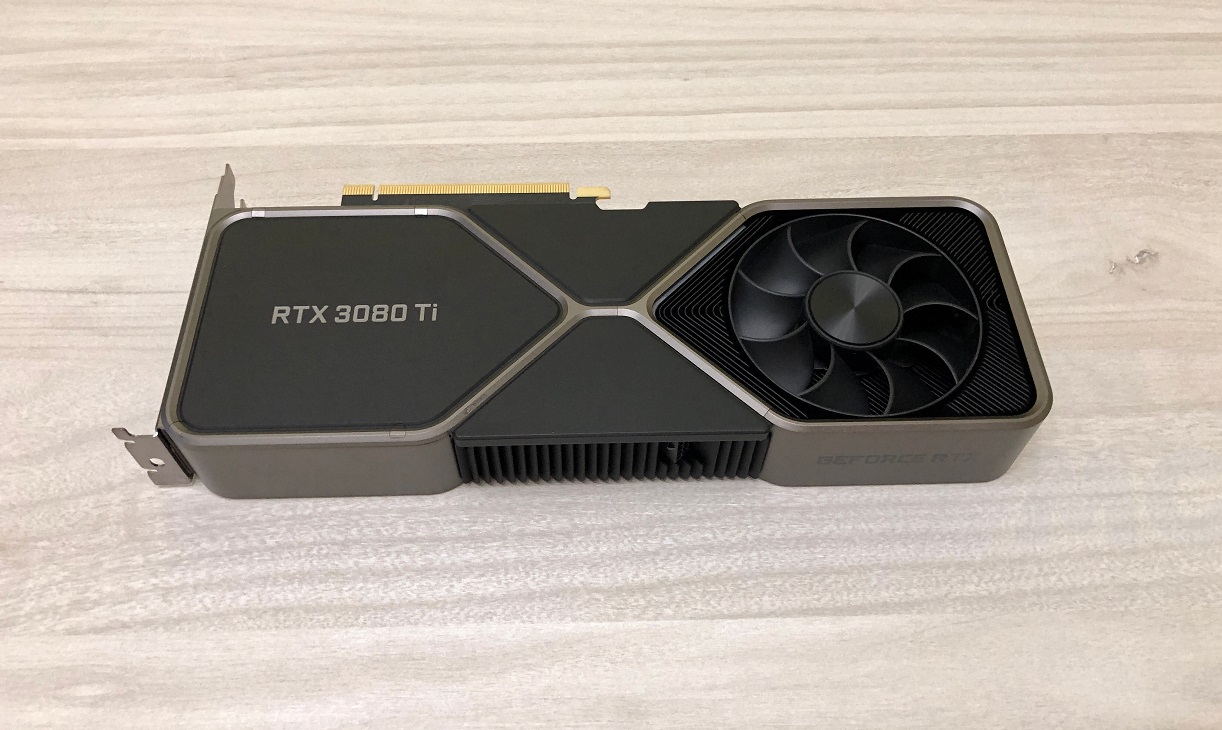 Final notes: is it worth buying a graphics card that only thinks about ray tracing? 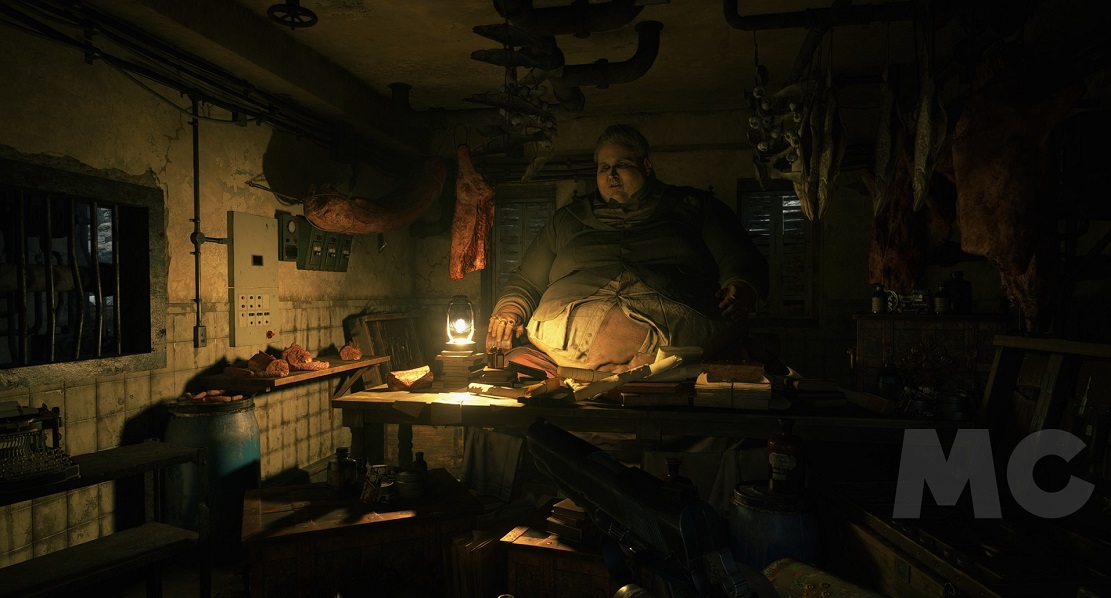 Resident Evil Village with ray tracing. The overall lighting effect is quite realistic, although there is room for improvement

It’s an important question that I think we need to answer before we finish this article. Although ray tracing is standardized and now has wider and wider support, the truth is this: not yet strong enough to become our main criterion when choosing a new graphics card. It deserves to be considered, of course, but secondarily.

So if, for example, we have doubts between two graphics cards that perform similarly in terms of rasterization and offer similar value for money, Ray tracing performance could help us break this technical link, but it shouldn’t be our main deciding factor. Of course, this will change over time and with the growing support for such technologies, but for now this is the reality. 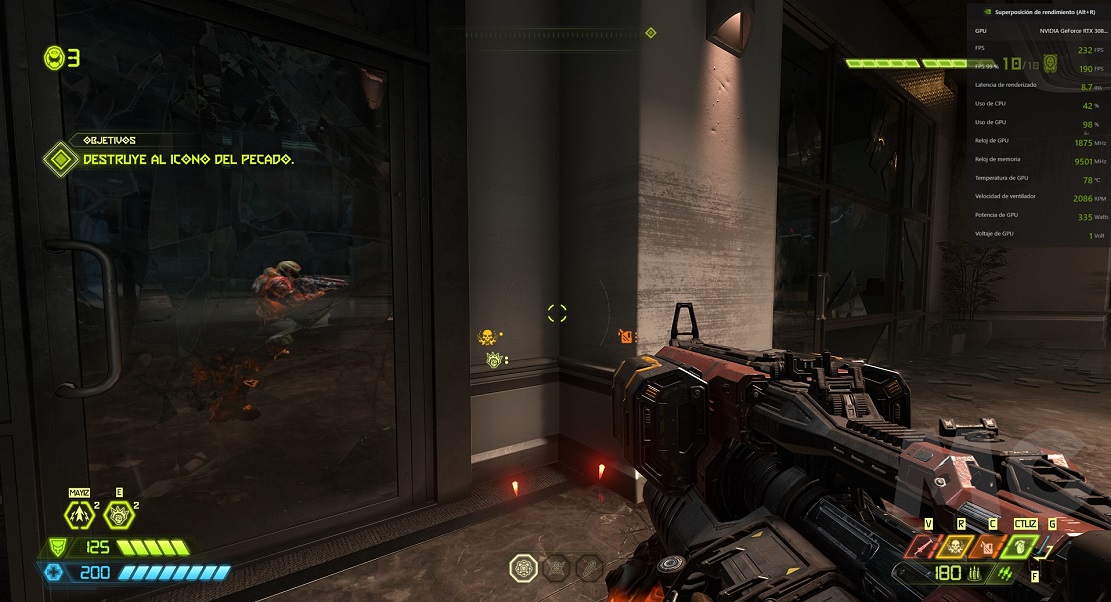 However, it is undeniable that today NVIDIA leads the way when it comes to ray tracing, and that thanks to DLSS it was able to “tame” this technology in even the most demanding games like Metro Exodus Enhanced Edition or Cyberpunk 2077, two titles that apply ray tracing to lighting, shadows and reflections. and achieve such a fantastic result.

AMD responded with the FSR, a technology that has since got off to a good start has surpassed DLSS 1.0but that it still has significant flaws and its support is too limited. It will be interesting to see how it evolves and what improvements AMD can make in this spatial rescaling over time. At the moment, has great potential, but you have to develop it in the end to become a solution that can really compete with second generation DLSS.

The entry Raytracing Performance: Radeon RX 6000 vs RTX 20 series and 30 series is original from MuyComputer

The cheapest countries for mining cryptocurrencies

When Amazon Prime Day is celebrated