BSD (Berkeley Software Distribution) is a UNIX derivative originally created at the University of California at Berkeley Its free software licenseso permissive that it is close to the public domain, has allowed it to remain active through various open source distributions and has even facilitated the use of some of its code in proprietary software as well.

UNIX is one of the most important operating systems in the history of computing and certainly the most influential. It was born at the end of the 60s and although its use has been declining, is still the basis for multiple derivatives for all types of machines, from supercomputers to smartphones. Here we must point to Linux as a major reference in variants that use it, but also others such as Android, iOS or macOS.

BSD is another group of derived operating systems. In the early years of UNIX, its creators at AT&T Bell Labs authorized the University of Berkeley (and others) to use its source code and its developers used it for research purposes. When AT&T, withdrew permission to use it for commercial reasons in an absurd decision that turned into a court battle. The University ended up creating its own version and a BSD was born which has made notable contributions in various software components, file system, TCP/IP stack, virtual memory or others.

Today the original version is no longer active, but there are other open source community developments that using its (very permissive) license have continued it. Moreover, as it allows its use in proprietary software, part of its code is present in commercial developments such as Mac OS X, Solaris, PlayStation 4, routers of different brands or Windows itself that uses it in the console or in the TCP/IP network stack. 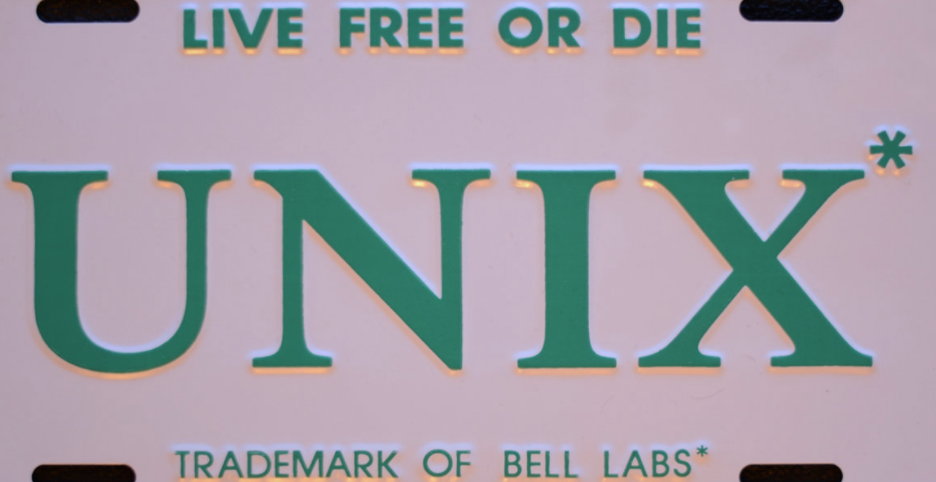 As always when we talk about these alternative operating systems, it must be said that are not complete and direct replacements as the main version of use to the three major ones (Windows, macOS and Linux). Nor are they updated as frequently, nor are they suitable for everything and for all users. But they are free, open source, can be installed on standalone machines or virtual machines and at the consumer level, it is a good entertainment for the user who wants to try other things by getting introduced to BSD and by extension to UNIX.

Maybe the best known of this group of systems and like the rest, although it cannot be called as such for licensing reasons, it is a full-fledged UNIX. It has been on the market since 1993 and the latest version FreeBSD 13 arrived last year with significant performance improvements for Intel, PowerPC and 64-bit ARM CPUs. It also increased hardware support and improved all networking and EFI booting, while AES-NI encryption was included by default for generic kernel builds.

It is used for networking, servers, storage, security, embedded platforms and in general on any machine with x86, IA-64, MIPS, PowerPC and UltraSPARC architecture. It has thousands of free-to-use applications and is compatible with UNIX-like system binaries such as Linux. Versions 12 and 13 are under development and are available on its web site.

Another of the best known and oldest (1993) stands out for its multiplatform support since it is available for -no less- than 56 of them, x86, ARM, PowerPC or the new RISC-V, among others. Its managers focus on the quality and portability of the code, implementation of new technologies, security and stability.

NetBSD includes the GNU development tools and other packages that are covered by the GPL and other open source licenses. One of the most interesting NetBSD projects is its powerful package system, pkgsrc, a meta system in itself. This development has been used on machines as diverse as servers, the SEGA Dreamcast console and in several NASA space projects. The latest version is 9.2 as of March 2021.

Another of the best-known BSDs, it specializes in cybersecurity and cryptography tasks and came as a variant of NetBSD in the face of the “differences of approach” among the founding members, common in these community developments. Self-described as “secure by default” for its extreme code review and monitoring of its versions, it also activates as few services as possible on production machines.

It is widely used in the computer security segment as an operating system for firewalls or intrusion detection systems. Multi-platform and highly portable (it can run on almost twenty different hardware platforms), it includes emulation binaries for FreeBSD, Linux, BSD/OS and others, and its code bases are also used to extend the functionality of Windows and macOS. The latest version available is 7.0 from last October.

Less known than the previous ones, it is a fork of FreeBSD that arrived in 2003 with the goal of rewrite all the concurrency management, SMP and most of the kernel subsystems.Â Noteworthy as its own contribution is its installer, BSD Installer which has been adopted by other distributions of this group and its HAMMER file system.

DragonFly includes a powerful kernel with efficient SMP mechanisms to provide server-side transactional and high-performance computing. Like the rest of BSD, it directly provides users with access to many applications in binary form and source code. The latest version available is 6.2.1 and was updated just this week.

Another created on the basis of FreeBSD. If DragonFly is more intended for servers, this one is aimed at the user who approaches this platform and is looking for a more user-friendly BSD.

To this end, it offers GTK-assisted desktop environments (KDE, GNOME, etc.) and a “ready-to-use” design right out of the box, with pre-installed applications for common computing and office needs and standard MATE packages. The latest version is 21.11.24.

A distribution that mixes code from almost all of the above and includes GNU modules such as X.org and GCC and a default Xfce environment that will be very familiar to Linux users. It caters for the everyday user with out-of-the-box development, although there is no shortage of advanced software with a variety of development tools and server deployment for network engineering.

The latest version available is 1.1 for x86 32-bit and 64-bit versions, and also serves images prepared for virtual machines on VMWare.

Another of those using the FreeBSD base confirming that it is today the most important development of the platform. Nomad is intended to serve as a “portable UNIX” on USB bootable media for system repair, data recovery or software testing.

With an attractive interface, it is ideal for testing BSD from USB without touching the main system, although most of the previous ones also allow this.Â The latest version is version 130R-20210508 and can be written to the flash drive with applications such as Rufus.