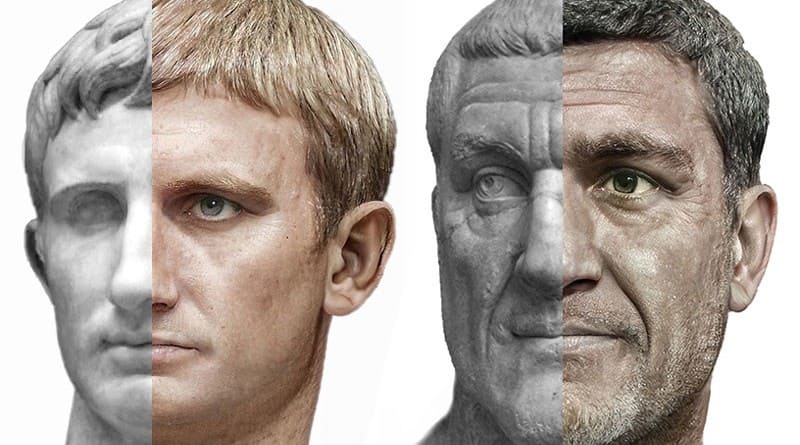 Roman emperors ruled the west for centuries, and their magnificent empire bequeathed streets, aqueducts, and many other architectural buildings. Thanks to many sculptures and paintings, their faces can be seen in stone, but thanks to a new artificial intelligence it is now possible to know what these ancient rulers were like in the flesh.

This new artificial intelligence called Artbreeder analyzes thousands of Coins and sculptures from ancient Rome and is able to distinguish between anatomical features and typical “artistic licenses” for works of these features.

Artbreeder works as a neural network, which means it learns while processing data, so each time the portraits of the ancient emperors get closer to what they could be. This artificial intelligence works similarly to others that can create human faces out of the air.

Artbreeder uses a technology called GAN, or Generative Network of Adversaries, which is critical to creating these virtual faces. This tool is based on machine learning and consists in providing the neural network with images of the emperors, for which, as explained earlier, statues and coins are used.

These images are manually changed based on the historical descriptions and reported back with those of the GAN. Also, to complete the recreation, pictures of some famous actors who played different emperors have been added, such as: B. Daniel Craig in Augustus.

Below are the faces of the 54 Roman emperors reconstructed by the AI: 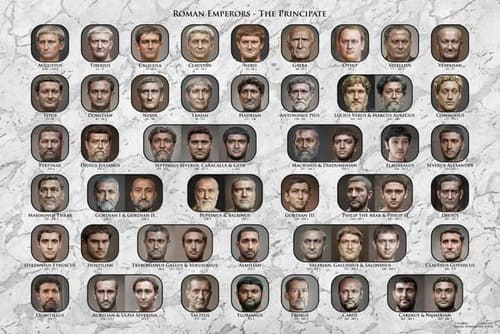 Responsible for this artificial intelligence is Daniel Voshart, a designer who for a long time devoted himself to the virtual restoration of images of the Roman Empire, as many of them have suffered damage or the loss of some parts such as ears, nose or eyes. He succeeded in collecting a collection of more than 800 busts of the 54 emperors of the principality in the period from 27 BC. To collect until 285 AD.