Against all odds, and despite their proximity to China, the islands of Taiwan have maintained an astonishingly low level of infection. As of today, the country has 77 cases and a single death, data that will surely be somewhat increased. Figures that are widely exceeded in places so remote from the initial focus of the pandemic, such as Spain (more than 11,000 infections) and that will continue to increase also in Chile (201), Peru (117), Ecuador (111), Mexico (82 ) and the vast majority of countries.

At this point we are all clear that, in this crisis, the main danger for society is the saturation of health resources, and that is why it is a priority gain time and slow down the rate of contagion. In such a situation it is essential react soon, given that the growth in the number of infections is exponential. Sadly, it is a type of growth that is difficult for most people to understand, since we are used to working with sums, multiplications and powers. This calculation goes further: numbers that multiply by themselves, and with increasing frequency.

This is so because each person infected with the virus can, in turn, infect other people. And those people to other people. In the case of COVID-19, we observe that the number of detected cases doubles approximately every three days. A first contagion in your country, then 2, then 4, then 8, 16, 32, 64 … The main strategy to tackle the high incidence of cases is to make it difficult for the virus. Restricting interactions between people has proven to be an effective way to reduce the spread of the virus to levels that are acceptable to health. After two long months, China managed to control the penetration of the virus.

Another serious danger is the invisibility of the epidemic, since it can take many days for an infected person to show symptoms, and yet infect during all that time incubation to people around you. According to an urgent publication yesterday in the journal Science, it is estimated that up to two thirds of the infections would be caused by undetected cases.

And another terrible fact: infected people are more likely to die the older they are. Those with respiratory problems are also especially affected. Many of these patients are in critical condition and need to be admitted to the Intensive Care Unit (ICU) of the hospital. These are highly qualified areas that provide continuous care for the sick, and are subject to high stress. The problem that ICUs must endure in this pandemic crisis is that they have a limited number of beds and health personnel. Because we must not forget that the rest of diseases, accidents, heart attacks and serious problems do not go on vacation, but continue to affect people's health. 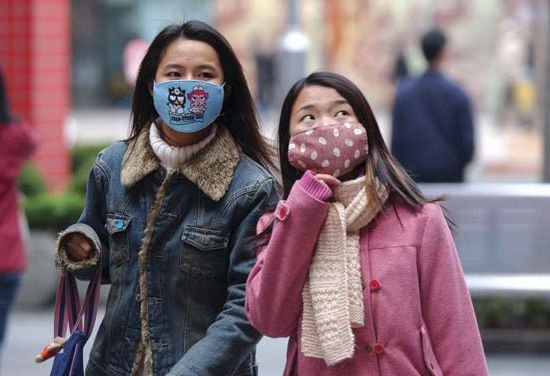 In addition to all this, some voices affirm that up to 60% of the world population could be infected by COVID-19. This is very bad news for people of a certain age, with the corresponding anxiety and uncertainty it will cause in them. Another reason to save time and delay infections as much as possible, given that there is still no medicine or cure. China announced yesterday the creation of a recombinant vaccine against the new coronavirus, however it will take a long time to become available.

For all these reasons, the isolation of people who do not have symptoms is a solidarity and necessary gesture. The Washington Post newspaper published an article on its website with a visual simulation of the behavior of a virus and the effects of confinement measures.

They know they are together in this, which predisposes them to comply with the measures implemented by the government.

What action did Taiwan take?

Other decisive measures by Taiwan

"If we think that containing an epidemic is like running the 100-meter dash, we can say that Taiwan came out ahead by being prepared," says Dr. C. Jason Wang, director of CPOP at Stanford University.

The rapid mobilization of Taiwan contrasts with South Korea and Japan, countries also close to China and with advanced health systems. The slow reaction has cost them criticism and has led to separate outbreaks of contagion.

We are witnessing many measures, more or less restrictive, that are sure to alter our lives over a long period. A whole series of lessons that many countries are still in time to apply.

The best Netflix series and movies of 2021

How does the burning of COV tokens work under PrimeXBT?

Choosing a puppy is the most appropriate