The history of Intel processors is very rich; it is not for nothing that we speak of a giant in the semiconductor world who launched its first microprocessor there 1971, Date on which the Intel 4004. From there, the company created new designs and architectures that enabled us to make exponential progress in a very short space of time.

Some of our readers may think we're exaggerating, but nothing is further from reality. Put the progress we have made in the past 15 years in the right light and compare it with the progress of the previous 30 years. The jump was much more pronounced and it has occurred in a much shorter time.

In a few years we have evolved from Intel processors with a limited core to models Equipped with up to 10 cores and 20 threads. Progress in this regard has been tremendous and, as I said, has been very short, but we must not forget that the CPI, which had four great moments, has also improved:

In this article, we would like you to discover with us the ten most important Intel processors that have come onto the market since the company was founded. This trip will help you better understand the changes that has occurred in the past five decades You don't have to go into complicated technical detailsThis way you can learn about the evolution of the computer world using Intel processors.

I know that more than one of our readers will ask you, and the answer is yes, in a few weeks we will be releasing a version of this special dedicated to AMD processors only. With that said, let's start and make ourselves comfortable.

1. Intel processors that have made history: Intel 4004 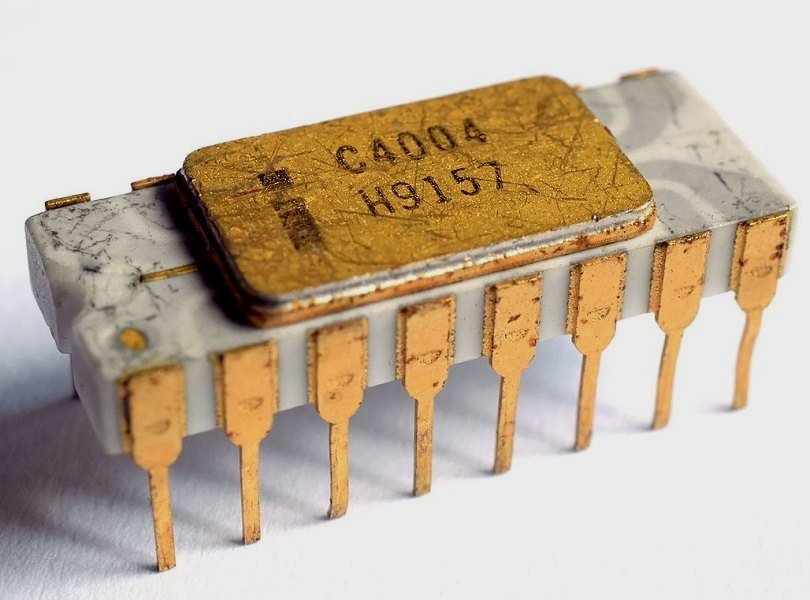 We told you at the beginning. It was a revolution for a reason as simple as it was important, and that is that we are facing each other the chip giant's first microprocessorand even before the first one, who managed to integrate all the transistors required for its operation on a single integrated circuit.

This chip served as a spearhead to initiate the arrival of microprocessors on the general consumer market. It was a processor 4 bits with a frequency d 108 kHz, manufactured using the 10 µm process and equipped with a total of 2,300 transistors.

2. Intel processors that made history: Intel 8086 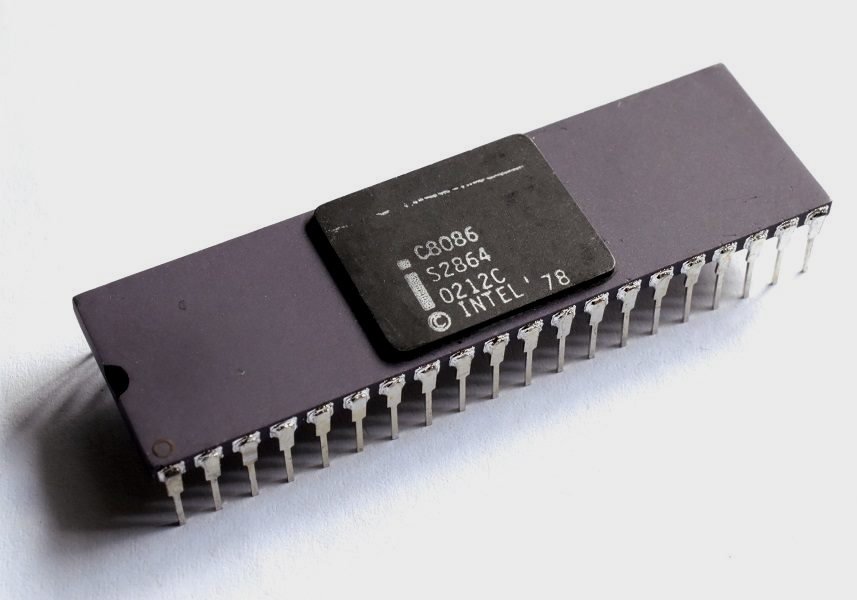 The 8086 was Intel's first 16-bit processor and the first with an x86 design. It came in 1978 with an operating frequency of 5 MHzwas made in a 3 µm process and had 29,000 transistors. Floating-point instructions were missing, and to compensate for this, libraries with floating-point software routines were used.

He shared the spotlight with the 8088, and although it may seem a priori that the numbering should be stronger, in practice the opposite was the case The 8088 was an 8-bit processor. A curiosity that I wanted to share with you so that you can see that the use of nomenclatures that can create confusion is not just for our time.

3.-Intel processors that made history: Intel 386 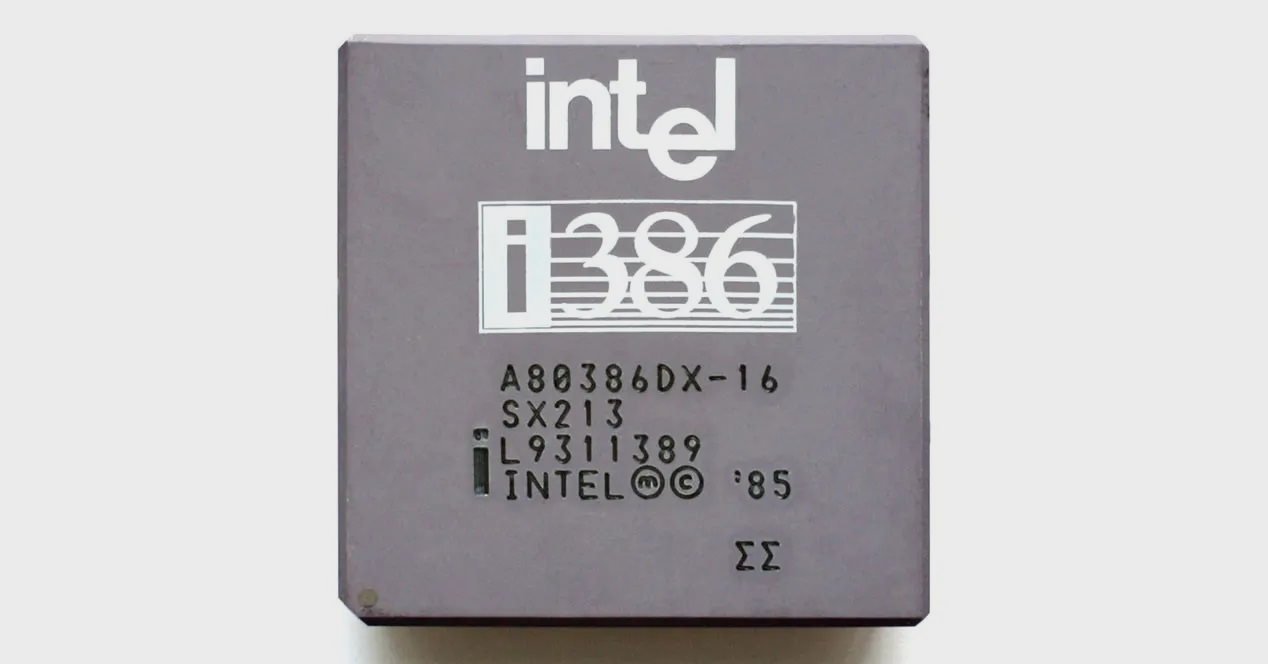 The Intel 386 was a processor that multiplied by more than 100 times the number of transistors of the first Intel processor, the 4004, since it reached 275,000 transistors, an impressive figure for the time.

This chip used a 32-bit architecture, was produced in a 1.5 µm process and was included in 1985 a frequency of 16 MHz. The changes that this processor has introduced to the x86 architecture are so great that it deserves to be on this list, not only because of the jump to 32 bits, but also because of its flat addressing system and improvements Support level and compatibility.

Starting in 386, application compatibility and support between generations, including the 486, was much easier IA-32 instructions They laid the foundation stone for the sector for several decades.

4. Intel processors that have made history: Intel Pentium

Certainly one of the most important revolutions from Intel, a generation that enabled the chip giant to become the company we all know, and that was the key to comfortably leading the x86 processor market.

Intel Pentium processors debuted in 1993 and are known to be the first to use the IA-32 superscalar microarchitecture two 32-bit data pipelines, They had a 64-bit data bus, caches and an improved floating point drive.

You came with one 66 MHz basic frequencyAlthough they reached 200 MHz, they were in a process of 0.8 µm and reached a density of 3.1 million transistors. Intel then released a hotfix with the MMX instructions. 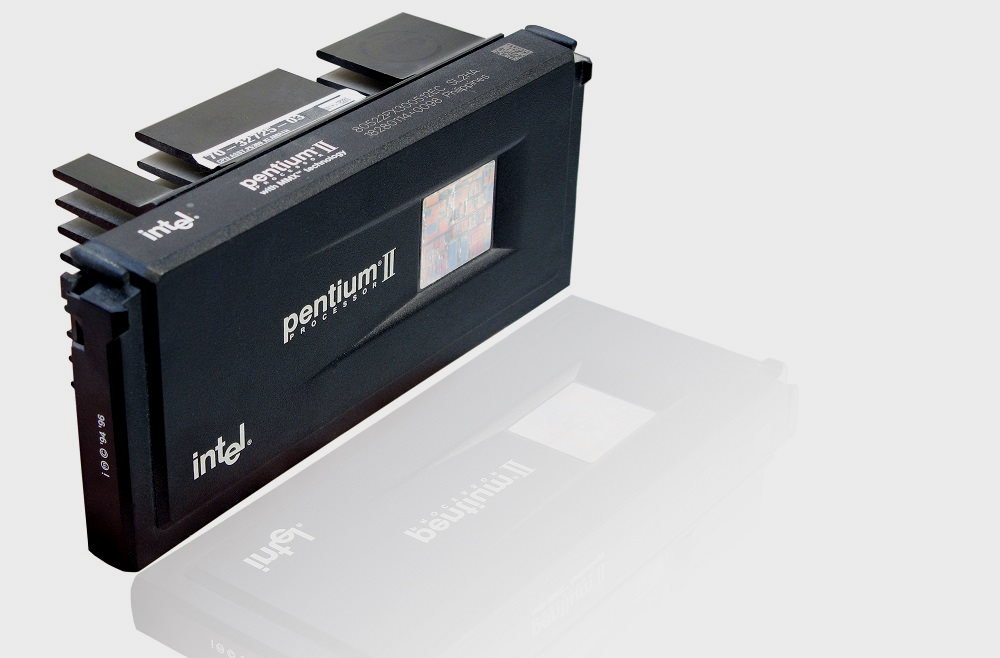 It seemed impossible to upgrade the Pentium, but the Santa Clara giant did it with the Pentium II, a generation that allowed it to consolidate its position in the market and was an important revolution, not only because of the innovations that he brought, but also because he was integrated into a curious Cartridge type design.

This cartridge-like design was due to the outsourcing of the L2 cache, the was integrated into a printed circuit together with the processor, a format that has been retained in the next generation of Intel processors. It had MMX instructions and a large amount of cache.

This second generation used the Pentium Pro's P6 core, even though its cache was operating at half the frequency, which was a clear cut compared to the Pentium Pro. He came on the market in 1997 with one 233 MHz basic frequencyAlthough it reached 450 MHz, it was manufactured in a 0.25 µm process and had 7.5 million transistors. 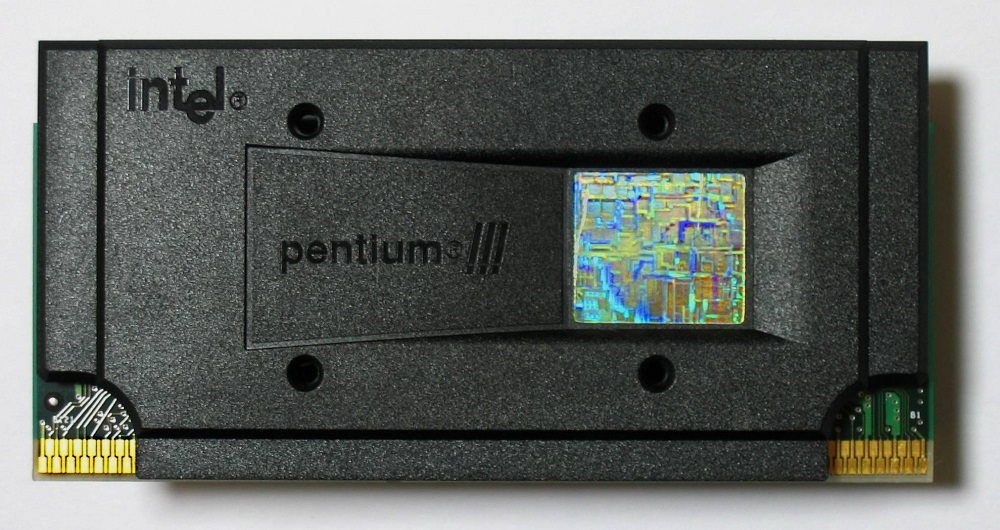 Pentium III processors demonstrated the meaning of the built-in instructions (They used the SSE instructions) to improve CPU performance in many environments. Their importance is beyond doubt, as this generation Intel also served as the basis for the development of the Core (P8) architecture on which the Core 2 Duo and Core 2 Quad are based.

They came in 1999 with a minimum speed of 450 MHz, Although they could operate at more than 1 GHz, they were manufactured using the 0.25 µm process and had 9.5 million transistors. Intel released numerous versions of the Pentium III and introduced remarkable improvements at the cache and data bus level. 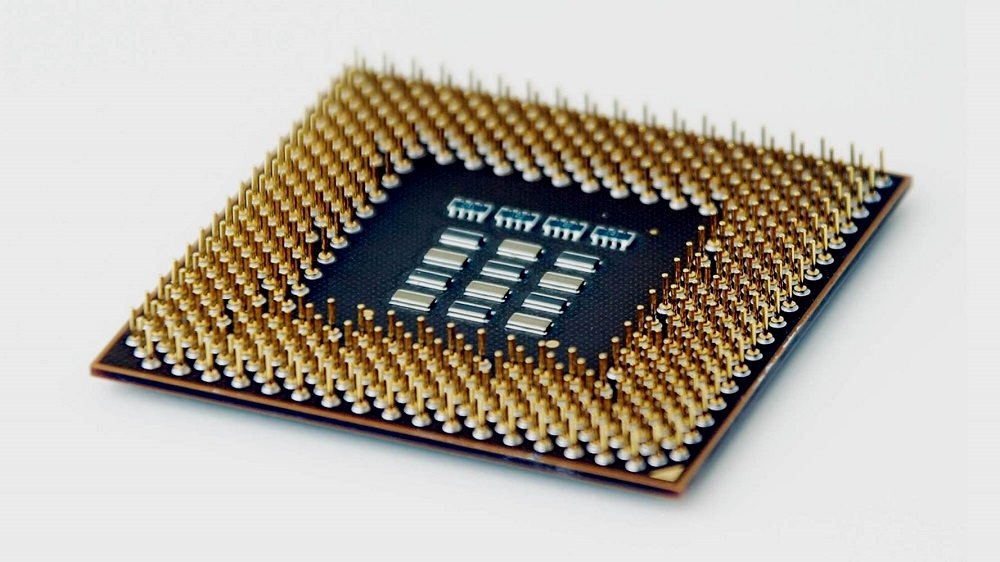 For many, they're part of Intel's worst time, and yes, that's right weren't exactly the chip giant's best processorsIn fact, the architecture they used was scrapped by the company, which, as we expected, redesigned the Pentium III for the development of the Core 2 Duo and the Core 2 Quad.

However, this doesn't mean that Pentium 4s don't deserve to be on this list. They showed that even a giant of the caliber Intel can be wrong and that despite a mistake, it can reach important milestones, including the introduction of HyperThreading technology, which made management possible a process and a thread At the same time, the jump to 64 bits with a single core broke through the 3 GHz barrier.

They were launched in 2000 with minimum speeds of 1.3 GHz, Although, as I said, they easily exceeded 3 GHz. They had a core, but some versions They could handle two threads thanks to HyperThreading technology. They were manufactured using the 0.18 µm process and had 42 million transistors. 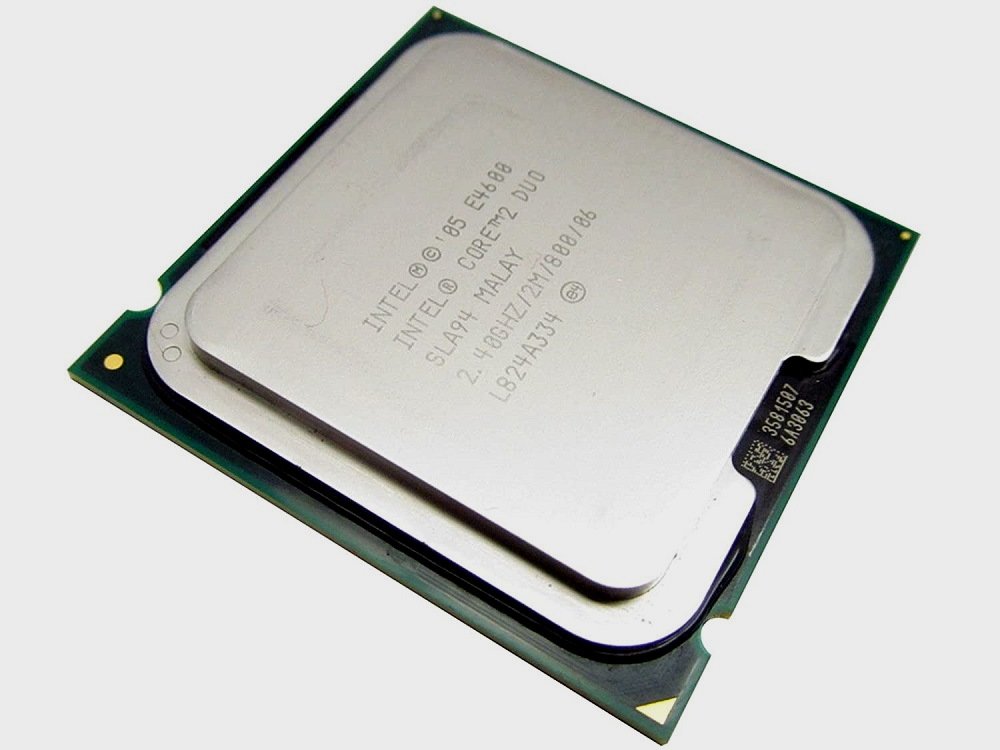 We can say without fear of injustice that this was the case the biggest jump given by Intel processors after the arrival of the Pentiums. The core architecture, also known as the P8, was a revolution for many reasons.

The first is that it enabled the development of the first Intel dual-core processors with monolithic design (The Pentium D used two glued encapsulations), and the second is marked with a big leap in terms of CPI. The difference to a Pentium 4 was so great that a Core 2 Duo could give soups with a sling much less often, similar to the Athlon 64 and Pentium 4, but more clearly.

These processors debuted in 2006 and had two physical cores in a monolithic design at a minimum frequency of 1.86 GHz. They were manufactured using the 65 nm process and had 291 million transistors. Intel has released 45nm in-process versions with frequencies well above 3GHz.

9. Intel processors that have made history: Intel Core 2000 series 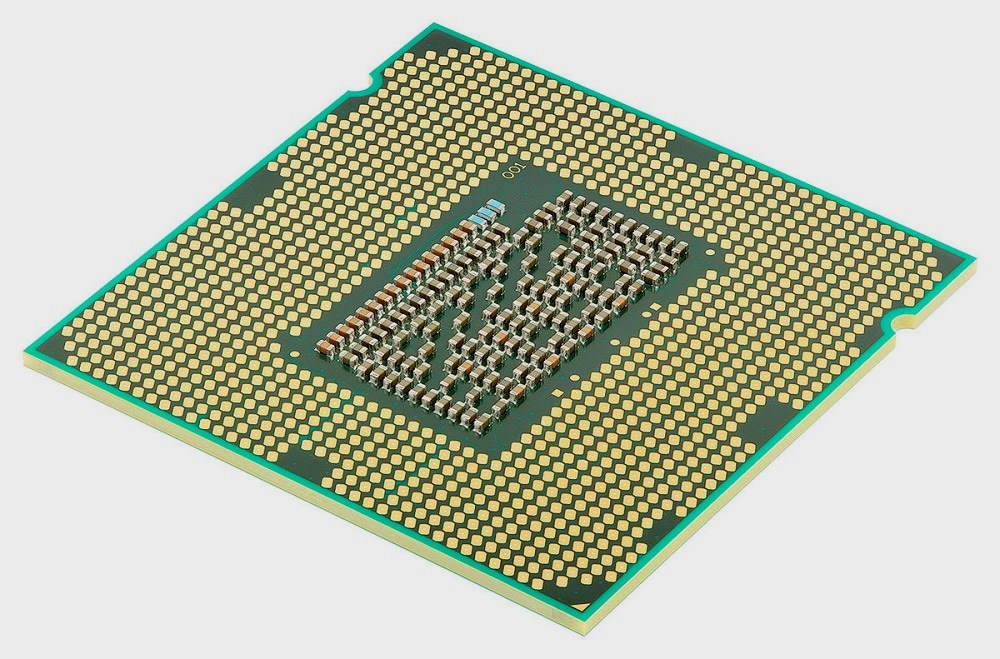 Processors of the Intel Core 2000 series are based on the basics of the Core Core and use the marked Sandy Bridge architecture a sharp rise in the CPI and led us to overcome the barrier of 4 GHz thanks to overclocking.

Intel didn't do a maximum increase in cores and threads with these processors, but the increase in IPC and maximum work frequencies was so significant that we saw a huge leap in gross performance. This generation came out so well that they can still do it Move current complex games and applications with no problems.

They arrived in 2011 with configurations of up to four cores and eight threads, they have frequencies of 3.1 GHz, although they can easily exceed 4 GHz, they are manufactured 32nm process and they add 1,160 million transistors. 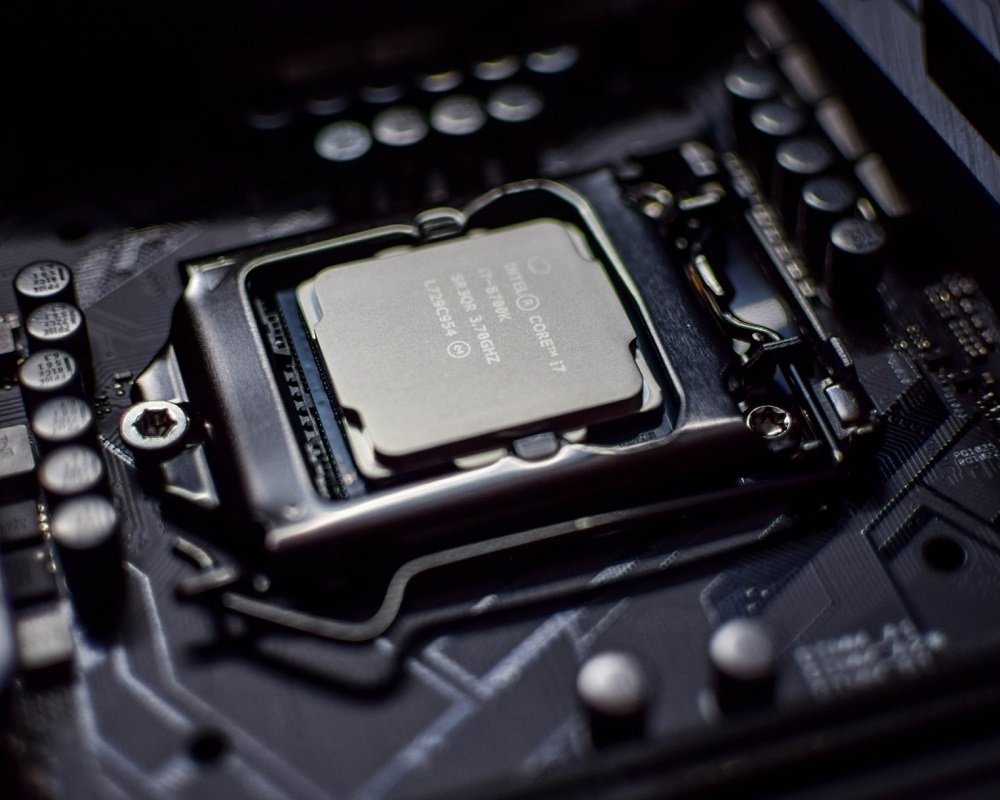 It's a very current generation, but I think it deserves to be on this list because ended a period of stagnation Important from Intel, since the Core i7 2600K had the same quad-core eight-wire configuration as the Core i7 7700K, a reality that has changed with the Core i7 8700K.

The first quad-core processors for the general consumer market of the chip giant came on the market 2007and remained the standard in this market until 2017, Date when Intel launched the Core 8000 processors based on the Coffee Lake architecture, an update that also starts from the core base.

The Core 8000 processors were released in October 2017. Overall, they are manufactured in the 14 nm ++ process more than 3,000 million transistors, marked the jump to the configurations of 6 cores and 12 threads to reach the general consumer market and thanks to overclocking 5 GHz frequency.