To cushion the cost of buying a new graphics card, most users choose get rid of the model they currently haveThis is a reality that, together with the coming together of the graphics generations we have drawn, has led to a certain saturation of the market for used graphics cards.

This has a positive side, and that is that those users who have a very limited budget but want to buy a graphics card that allows them to do so play with guarantees You can find very interesting alternatives at fairly reasonable prices.

I like technology and I believe that value for money is one of the cornerstones that should guide every purchase. thats why The used market seems to me to be one of the best options today When we need to completely or partially replace components and have little money, or when we just want to do a temporary renovation to extend the life of our PC a little bit until we face a complete renovation.

Due to the recent changes in the market for used graphics cards, both in terms of pricing and the increasing availability of increasingly "new" and powerful models, I have decided to update our buying guide. . In this article you will find ten of the best used graphics cards that we can currently buy Give our PC a new life.

As always, we assume the price-performance ratio, ie all graphics cards that we have collected in this manual A very solid value for the price they have and are therefore a good option. I remind you that, as always, you can leave us any questions you have in the comments, and we'll be happy to help you resolve it.

Ten used graphics cards that are worth buying

We have ordered our selection from the lowest to the highest price to make your advice easier. Keep in mind that even the most economical model can offer a good gaming experience, as long as we are accompanied by at least one team that meets the typical minimum requirements that are set today as follows: 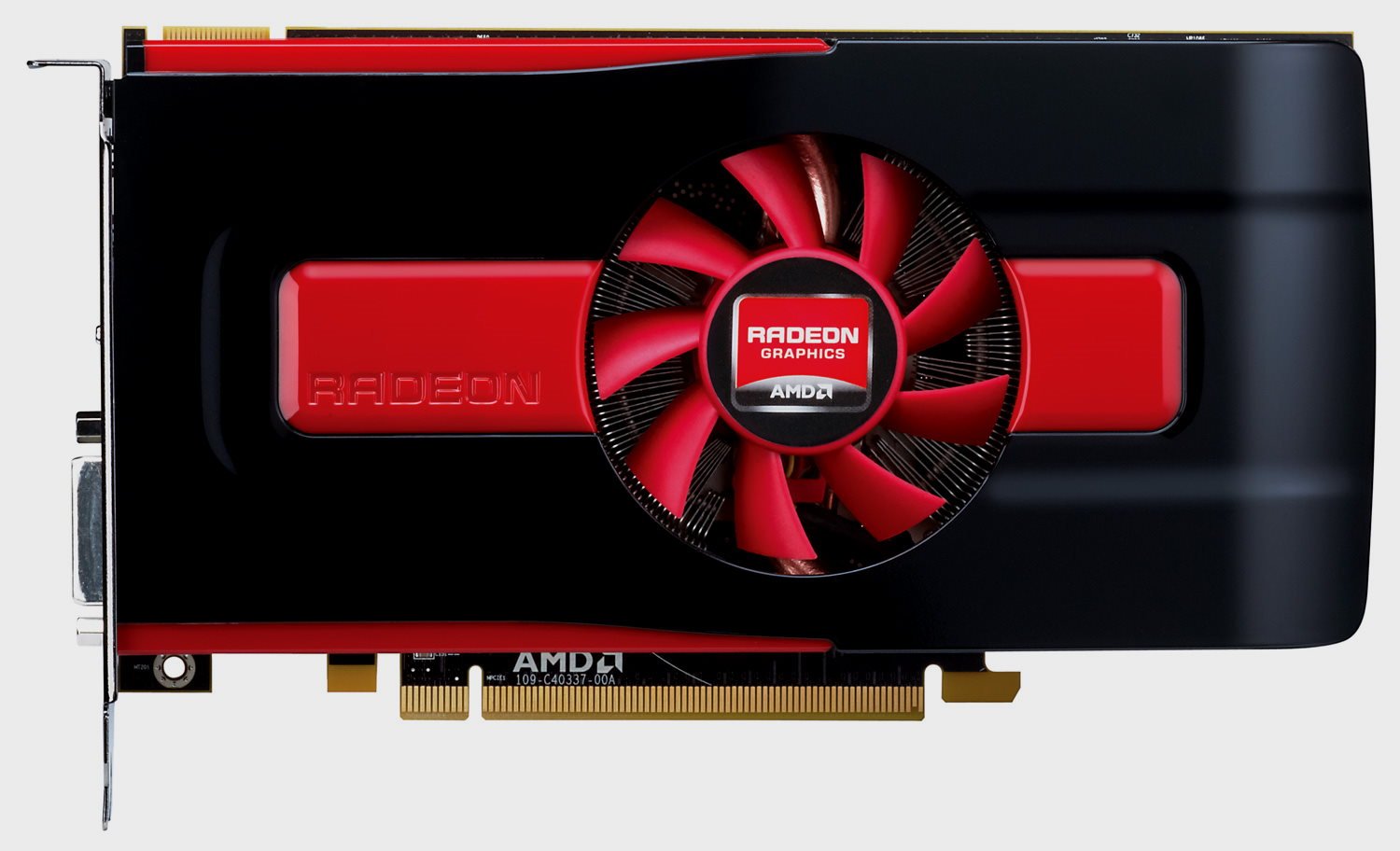 It's a fairly old graphics card that came out in 2012, but still performs quite well in most current games one of the best Graphics cards that we can find if we have a very small budget.

So we can play in resolutions 1080p and keep medium or medium to low grades with good fluidity. It is important that you choose the 2 GB model of graphics memory, since the 1 GB model is far below it. 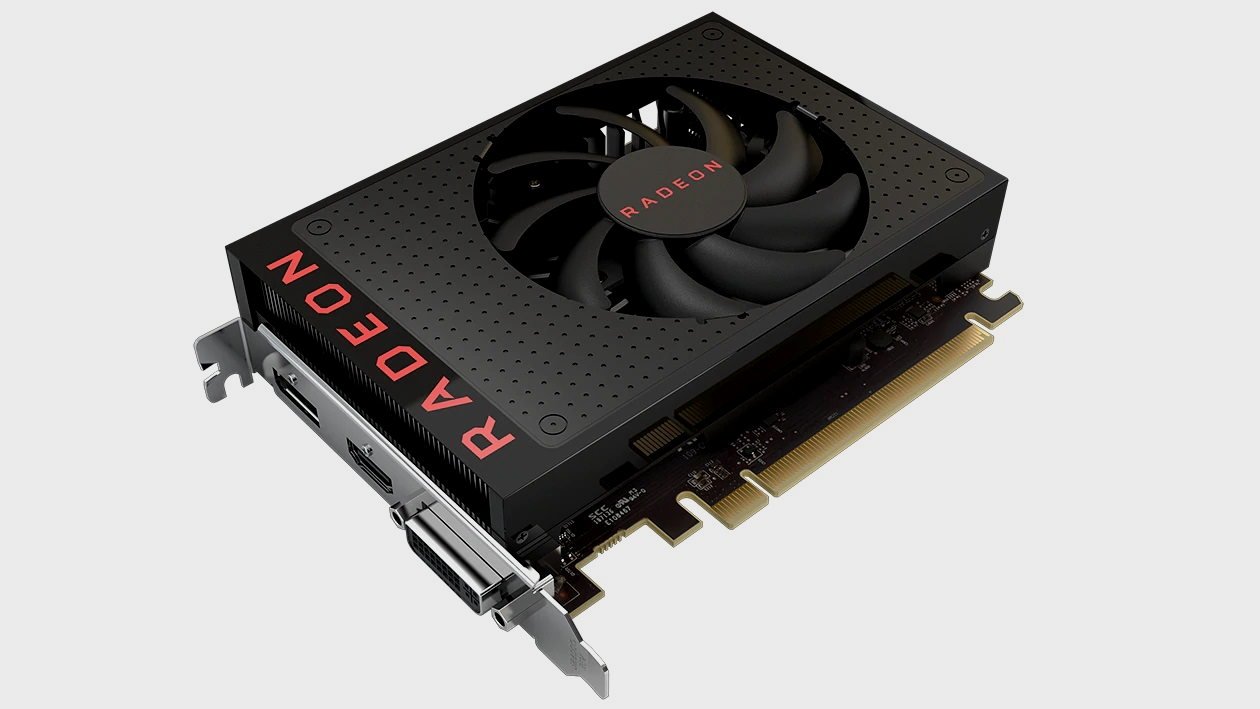 We took a step up and found a graphics card that continues to perform very well in 1080p resolutions as long as we adjust the graphics quality. The 4 GB model offers better results in games that rely heavily on graphics memory, such as DOOM Forever, a title that moves smoothly in average quality while maintaining average values ​​between them 40 and 60 FPS.

It is also the lowest consumption model of all graphics cards that we have collected in this list. So keep this in mind when the source of your devices isn't getting enough power.

It is a graphics card that has a lot to say, and it will certainly remain that way one of the best "economy" high-end models NVIDIA has been launched so far, despite the controversy it was creating at the time for configuring 3.5 GB of fast storage and 0.512 GB of slow storage.

This allows us to play most games in 1080p and before 2019 maximum qualities with total flowabilityand almost all titles from 2019 to today in 1080p and very high qualities while maintaining an almost perfect flow. Without a doubt one of the best graphics cards for less than 90 euros to play with guarantees in Full HD. 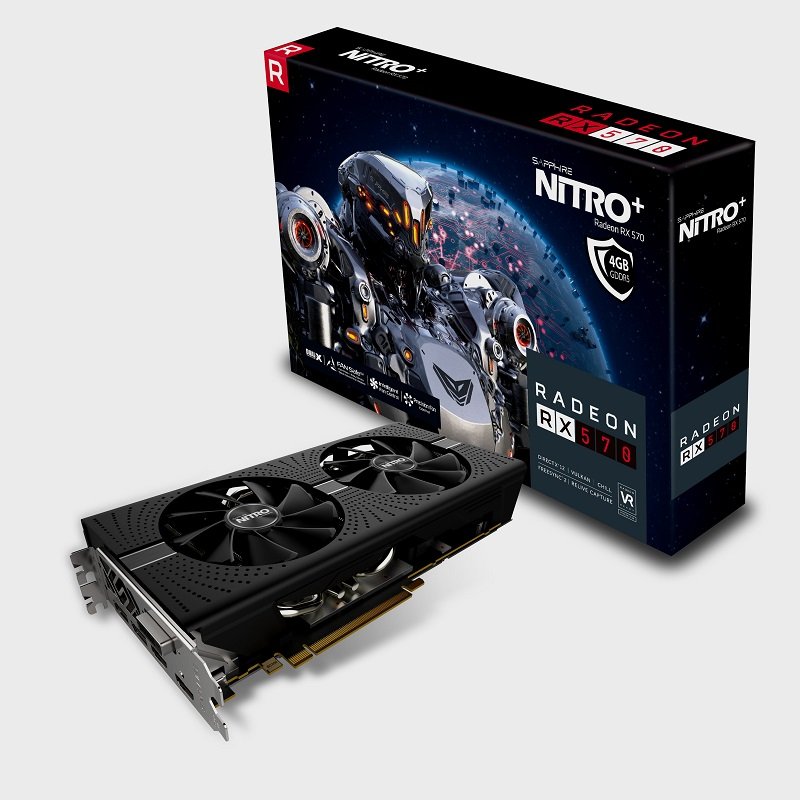 It stays like one of the best cheap mid-range graphics cards currently on the market. We can buy it new, but if we go to the used market we will find it with very interesting prices.

His performance is generally almost on the same level as the GTX 970. This is better in some games, especially games based on DirectX 11 and "older", while the Radeon RX 570 works better with the latest games on DirectX 12 and Vulkan. This means we can easily play in 1080p resolutions while maintaining a very high quality and very good fluidity.

Price: 90-95 euros. If we don't mind having connector restrictions, we are willing to accept the "excessive" use that they normally receive, we can choose models that are designed for crypto and that exist 60 euro. 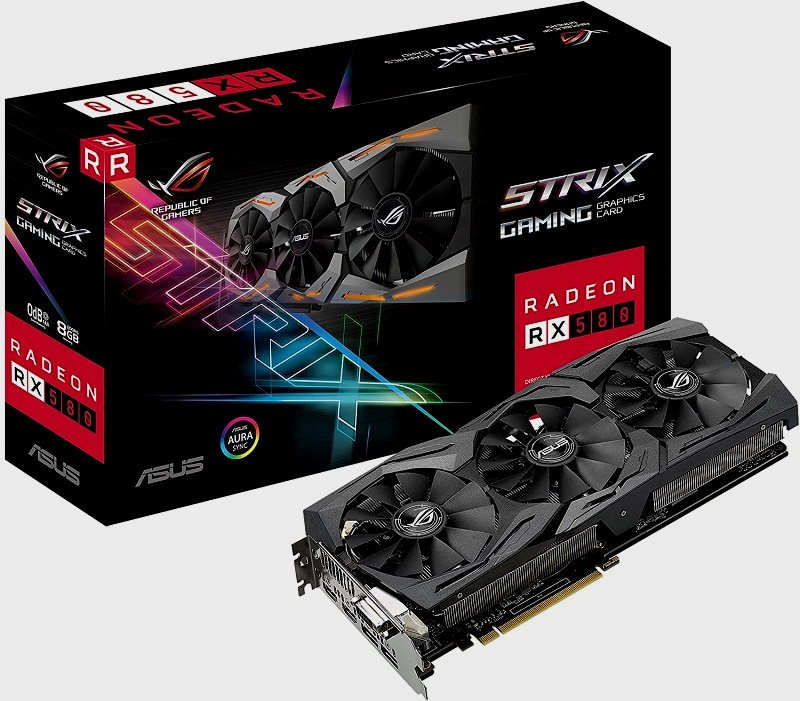 It is one of the most solid alternatives we can currently find on the used market. We can get it New with prices between 160 and 190 eurosDepending on what we find, we can save a lot of money by resorting to the used graphics card market.

It delivers between 8% and 15% more than the previous one and is today The best graphics card with a good price-performance ratio What can we get play in 1080p with maximum qualities without sacrificing fluidity, with the exception of very specific cases of poorly optimized games such as the well-known Control and Red Dead Redemption 2.

Price: 115-125 euros. We can find crypto models at a lower price than in the previous case, but with the same properties of use and lack of connections.

We wanted to name this model for the offer an alternative to everyone who prefers NVIDIA graphics cards and is not ready to buy an 8 GB RX 580.

This model has the advantage of being more efficient and requiring a less powerful source, but it does slightly less power than the 8 GB RX 580It is more expensive and difficult to find and has less graphics memory.

I would have brought the Radeon RX Vega 56 here if it weren't so hard to find and because it is difficult to get it for less than 220 euros On the used market and frankly, at this price, it doesn't make sense to look for alternatives that we can find.

The GeForce GTX 1070 represents an important qualitative and quantitative leap, since it has enough power to move almost everything in 1080p with maximum qualities, and can also offer an optimal experience in 1440p. Many units come onto the used market, which keeps the price at a very interesting level. 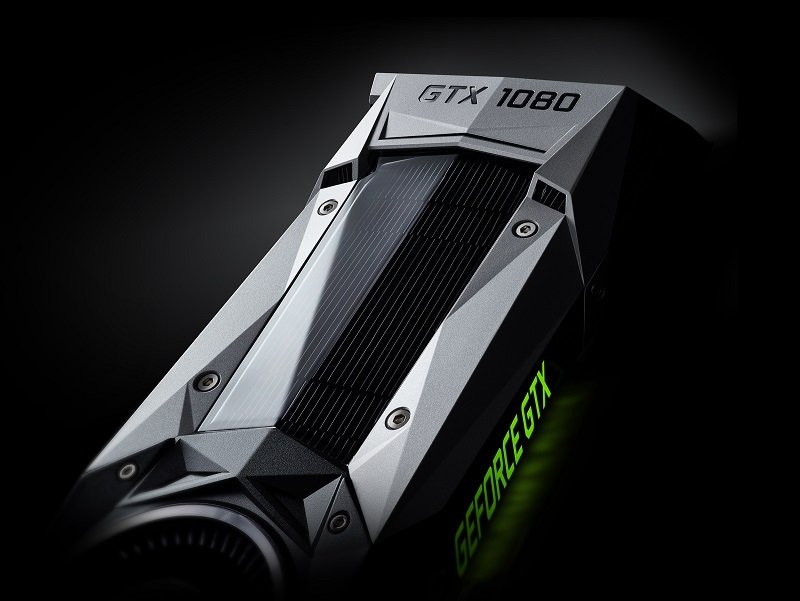 It is a very powerful graphics card that, thanks to the increasing spread of ray tracing among enthusiastic users who are switching to an RTX 20 series to access this technology, is reaching the used market in considerable numbers. This allows us to play almost anything in 1440p with maximum quality without sacrificing good fluidity, and even upload to 4K when we're ready to reduce the graphics quality.

A very interesting graphics card and currently highly recommended if we are looking for something cheap but powerful. 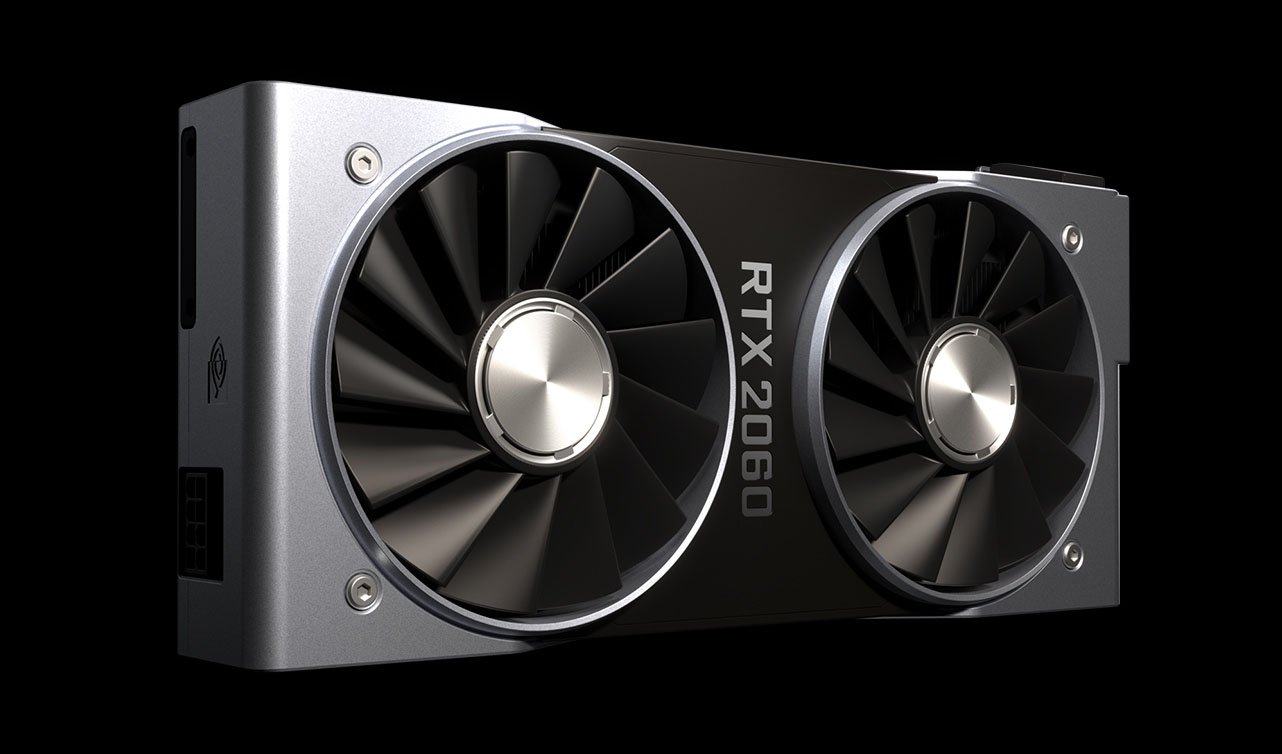 We are facing one of the new graphics cards that NVIDIA introduced shortly after the announcement of the Turing architecture, which means that it is a new generation model. The launch of the 20 series Super RTX graphics cards and the launch of AMD's 5700 series RX shook the market and prompted many users to do so Sell ​​your RTX 2060s to buy "something better"., which has enabled them to become commonplace on the used market.

The gross return is almost identical to the GTX 1080and has the advantage of supporting hardware accelerated ray tracing and DLSS 2.0. 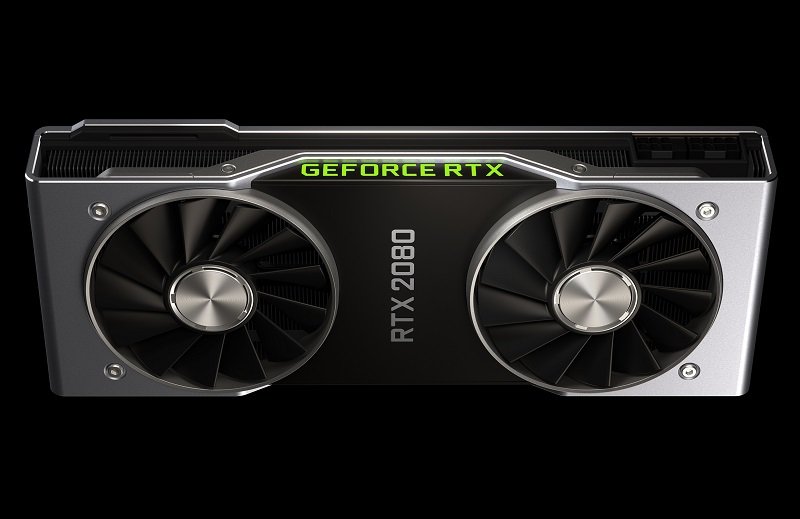 The reason why these graphics cards have a growing presence in the used market is the same as stated above. the arrival of the GeForce RTX Super series. This new NVIDIA test has had a huge impact on the price of the RTX 2080, as the RTX 2070 Super performs almost the same (between 4% and 8% less) and costs a lot less money.

When it comes to gross performance, the RTX 2080 performs on average 8% more than the GTX 1080 TiThis means that it can offer a good experience even in 4K resolutions.

Before I finish, I want to share with you a number of things what is important be clear before starting to buy used graphics cards. I don't want to expand too much because my goal is that this guide is easy for you to consult, brief and direct, and I will summarize it in a number of points: