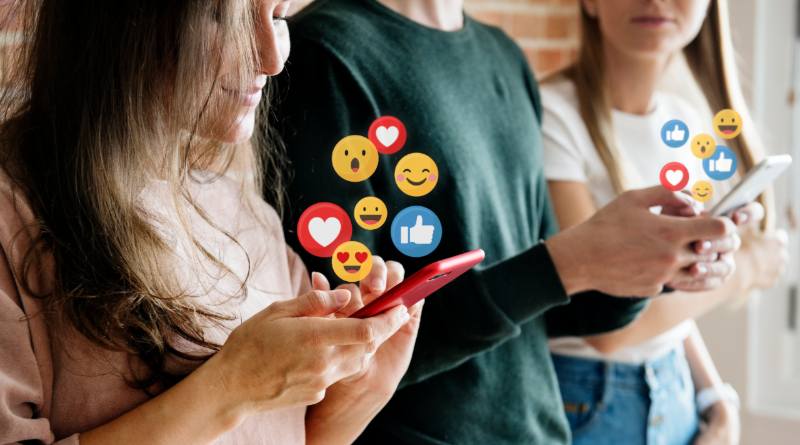 Now that the year is ending and most tech companies are sharing their compilation summaries for 2020, with the most retweeted content on Twitter, the most searched for on Google, the most successful campaigns on TikTok, or even the accounts that make the most money in OnlyFans we will take advantage of ourselves and also select those who, according to TreceBits, were the 10 news of 2020 in the social media sector.

These are the 10 news of the year on social media, as TreceBits.com writes

It was difficult for us to come to an agreement, and perhaps others could have stepped in like the Periscope shutdown despite the boom in live broadcasts or the ability to choose who replies to tweets, but in the end, those were ours make list. Of course, we invite you to include in the comments those who, in your opinion, were also of fundamental importance in 2020 and who deserve to be part of this top 10. We read you!

10. The year of 5G. 2020 will go down in history as the year major cellular operators offer their customers 5G coverage, which will undoubtedly become popular in 2021 and will mark the renewal of the cellular fleet as many users will seek the best 5G cell phones. But 5G has also been a protagonist in the health sector as there were those who blamed it for the coronavirus pandemic. Here we leave 6 reasons why there is no link between 5G and COVID-19.

9. The great Twitter hack. Twitter suffered the biggest hack in its history in July. The social network had to cease the activities of all verified accounts, and many of them, including those of government presidents and prominent cultural figures, began posting tweets encouraging investment in Bitcoin. A month later, a 17-year-old boy was arrested as responsible for the attack.

8. Black Lives Matter. In June, social networks were mobilized to support the African American movement following the murder of a black man by US police. The profiles of millions of users were colored black and there was even an advertising boycott from social networks because of their legitimacy and because they did not act against racist or harassing content. Twitter and TikTok apologized for limiting the number of hashtags alluding to the movement.

7. Streaming. The months of imprisonment sparked the consumption of audiovisual content platforms, so many of them had to cut the quality of their programs so as not to overload the bandwidth in Europe. It was during those months that Disney + also came along, one of the great beneficiaries. But everyone has more or less taken advantage of the situation, and although consumption has decreased over the months, it remains at a much higher level than in previous years.

6. TikTok’s Rise and Veto. Another major platform that benefited from the restriction was TikTok, which saw a significant increase in users, reaching over 800 million worldwide. It was no longer just a social network for young people and democratized its audience. In fact, 67% of TikTok users are over 25 years old. But not all was good news for the ByteDance social network, which faced the United States blockade – which forced it to sell its operations in the country – and the soap opera that began that summer has still not been resolved.

5. Dark modes. Most of the mobile social networking and internet service applications throughout the year have introduced compatibility or their own “dark modes” that allow you to enjoy the screen in better conditions for the human eye when visibility is poor and also considerable Value represents battery conservation. Instagram, WhatsApp Web, Pinterest … were some of the companies that launched their “dark modes” this year.

4. Start the roles. TikTok’s success couldn’t last without being mimicked by Facebook, which officially launched the roles on Instagram this summer. These are short videos that can be edited with filters and effects that music can be added to. While they have not yet reached the impact of the content on TikTok, they are essential to Facebook’s strategy for 2021 and need to be considered.

3. Sue Facebook. The monopoly allegations reached Facebook this time in the form of a lawsuit by the US government itself. It is even asked that the company break away from apps like Instagram and WhatsApp to avoid further problems with the law. The process is unsolved and promises to become a soap opera in 2021 as Facebook continues to work on connecting all of its instant messaging tools together. The merger of Facebook Messenger and Instagram Direct is already a fact and in 2021 WhatsApp will join.

2. Boom the zoom. The pandemic has also seen the increase in video calling applications, which are necessary to keep in touch with family and friends, and even to hold work meetings, conferences or seminars remotely. Out of all of them, Zoom was undoubtedly the biggest perk, becoming the most downloaded app of the year and facing new challenges in 2021, such as launching its own mail system to compete with Gmail.

1. Spreading stories. Without a doubt, 2020 was the year of stories, the ephemeral content that disappears within 24 hours of its publication and that appeared on Twitter (where they are named) that year after its success on Instagram (which copied it from Snapchat in 2017) Flotten), on Pinterest, on YouTube, on LinkedIn … and even Spotify is already working on starting its own.

What other news do you think is relevant to social media this year? We are waiting for your comments.