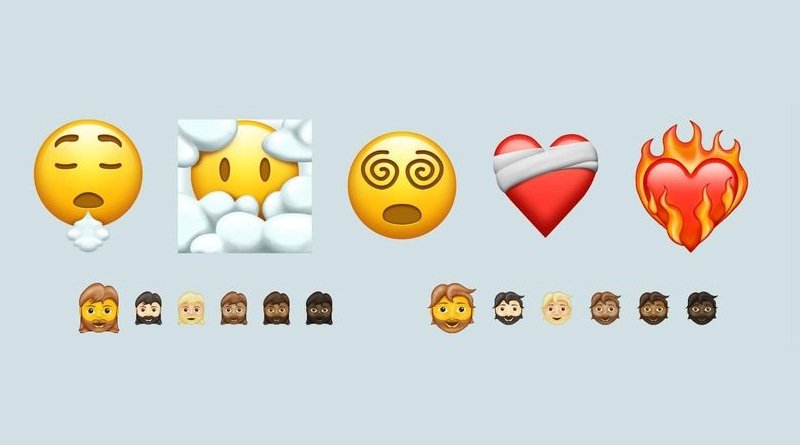 The Unicode consortium has officially confirmed that a total of 217 emojis will arrive in 2021. The agency that governs the creation and use of these popular symbols in mobile operating systems, instant messaging programs and social networks released the news after declaring in April that 2021 would be a year without emojis due to the COVID pandemic -19 .

Months later, however, the Unicode consortium assured that new emojis will be seen on the devices for the next year, and now specifies this news by showing the new 217 emojis that will be introduced gradually over the next year. There’s no date they’ll arrive on Android or iOS, but there is at least confirmation that there will be new emojis.

The Unicode Consortium has reported that the Unicode 13.1 version will include 217 new emojis by 2021, 92% of which will be couples in love with a heart in the middle with different skin tones and genders.

Among the new emojis to be released in the Unicode 13.1 version are the “heart on fire”, the “repaired heart”, a “face in the clouds”, a “face with spiral eyes”, a “face with.” Facial exhalation “confirms” and “a bearded face” for men and women with different skin tones.

The rest of the new emojis, which make up 92% of the total, will be different Pair of hearts emoji combinations in the middle. Different versions of the skin tones and gender of the protagonists of the emojis will be released until the new 217 emojis are completed by 2021. These are the following:

This update, which will appear in 2021, is a minor addition made by the Unicode consortium in its version 13.1. The new emojis will be distributed over the coming months to the various platforms that will process them and make them available to users over the next year.

In this way, the Unicode Consortium solves the problem of the arrival or non-introduction of new emojis by 2021. Thus, the Unicode 13.1 version will arrive next year and the all-new version 14.0 will take place in 2022, as shown in This emoji release timeline: 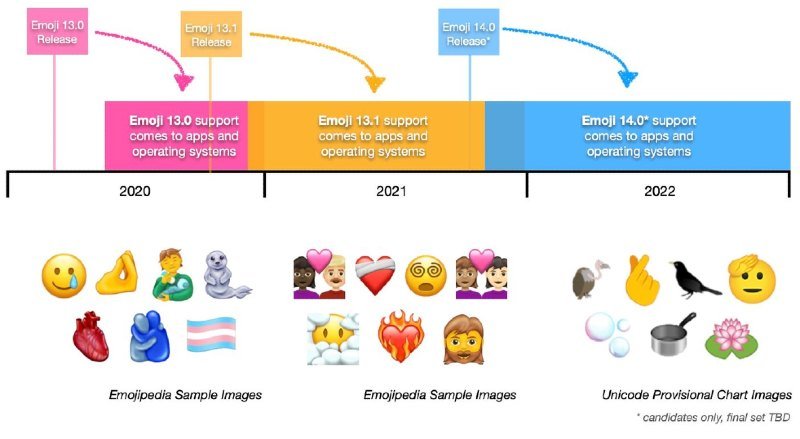 Currently, version 13.0 has already been released by various platforms with the news for 2020. Google, for example, already has it available for Android 11.0 and for iOS 14.1 it is expected to be available in October.